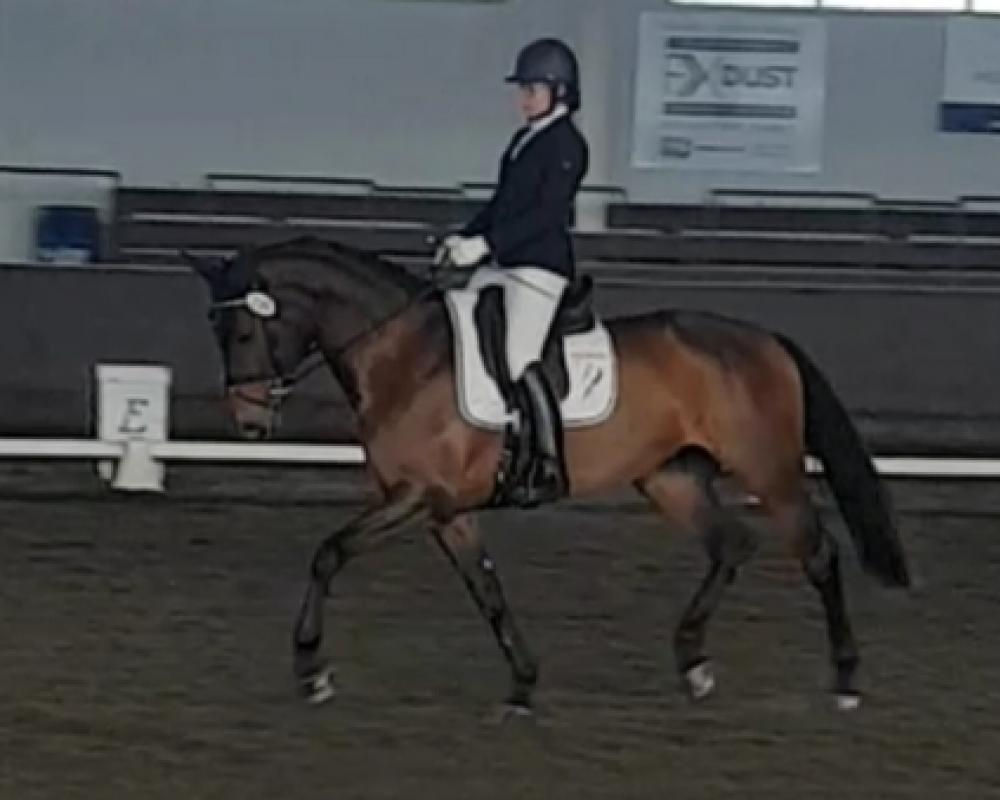 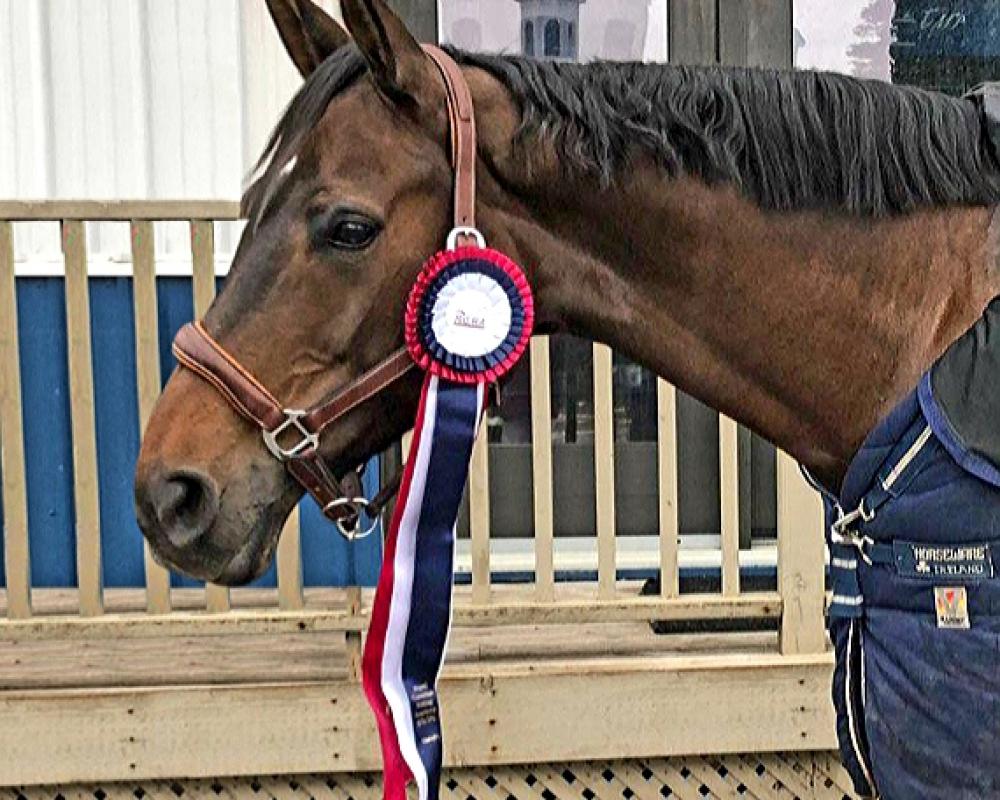 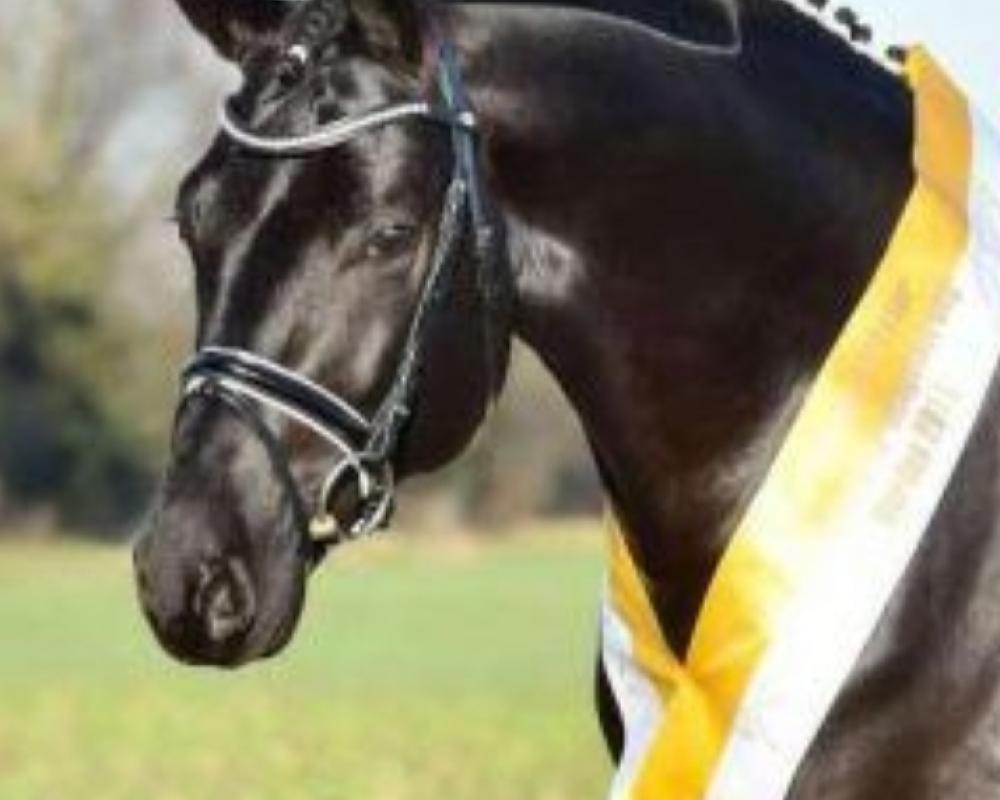 Finest has captivating charm, and impeccable symmetry, that allowed him to excel in the  30-day test in Münster in a very strong field, reaching maximum grades (9.63 interior, rideability and 9.25 overall grade 8.58) an excellent breed value of 138 points.

His sire, Fürstenball, is already in the young age milestones - he himself was the proud winner at the stallion Liscensing, performance test winner, National Champion of the 5 year old dressage horses in 2011 and confirmed the following year in 2012 his quality with high rankings in the state and national championships as well as at the World Cup the six year old dressage horses. In addition, highly successful descendants (Champion Stallion and price spike OL-Approved 2012 champion foal at the German Foal Championships Lienen, top foals on various auction sites) shine in all these years. The Dam, As Princess of the Trakehner family of fibber brought the first foal PB St.Moritz junior to the world (premium stallion performance test Reserve Champion u. Qualified for the BC of the 4-year-old stallions), this was followed by a full sister to this (St. .Pr.St. Samoa, also in the desired black color with Stored mare performance test mean score of 8.5) and then saw this beautiful black colt by Fürstenball the light of day. From this strain, 30 licensed stallions, mares and countless numerous elite premium foals have already emerged.

Finest had the most sons selected for the 2017 Hanoverian stallion licensing(9), where one of his sons achieved the second highest price of 360,000 euros.

Following his 100-Day Test in Germany, Wolkenglanz was stationed at Stallion Station Jens Meyer, where his dressage training started. He was Champion or Reserve Champion at many open competitions scoring 9's on rideability and gaits in 1999 and 2000. After two successful showing and breeding seasons, he was imported into the USA where he went straight into the breeding shed. His training later resumed with Canadian Dressage Team member Tom Dvorak until an unfortunate injury ended his performance career. Although, his success as a performance horse was halted, his success continues in the breeding shed. His offspring consistently inherit his wonderful temperament, impressive gaits, correct conformation and exceptional rideability and trainability.
Wolkenstein II, Weltmeyer, and World Cup were all winners of their 100-Day Tests and German Federal and DLG Riding Horse Champions.
His dam Bianca, herself a full sister to two licensed stallions, produced the Celle stallion Cordoba and the FEI dressage star Worley. Her sire is the legendary Bolero. Bolero has been called a guarantee for producing suspension and elasticity of gaits, rideability and nobility.
'Wolkenglanz himself reflects Bolero. He impresses by his nobleness and his extraordinary movements with a comfortable sitting. He is easy to ride and to handle.' ... from his stallion ad in Germany

The dam Whisper has had success in the show ring up to 1st level with scores as high as 74.815% with hopes of continuing her sport career in 2021 at 2nd & 3rd level

Preference given to show homes and payment plans can be offered as well so don't miss out!