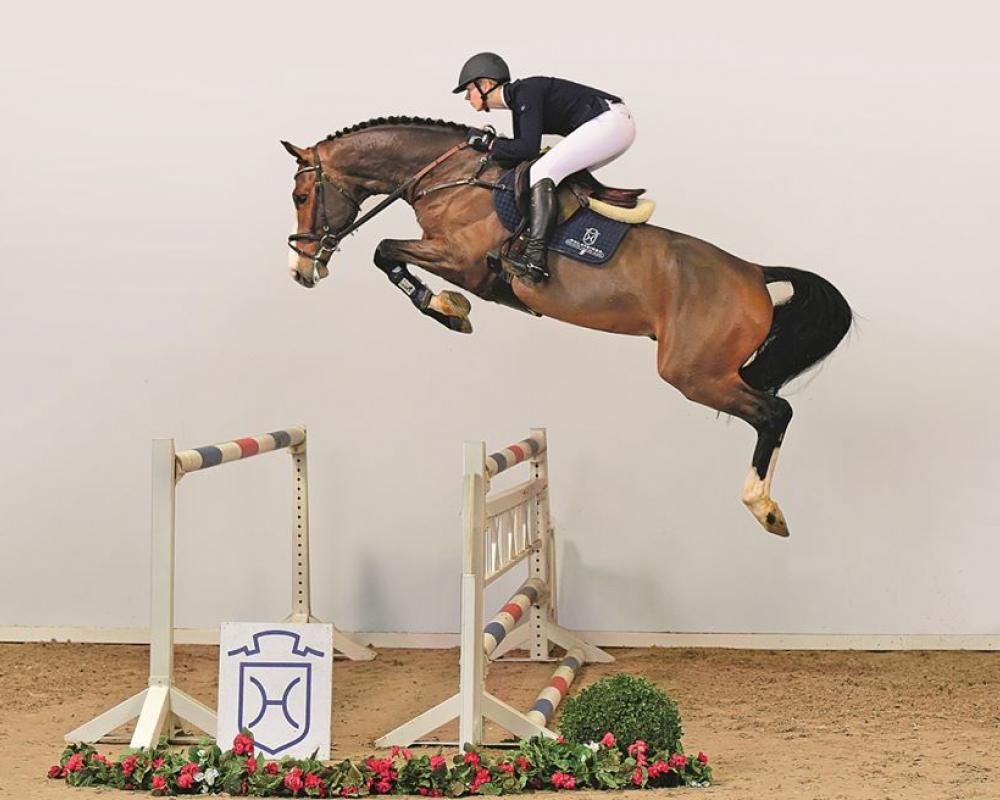 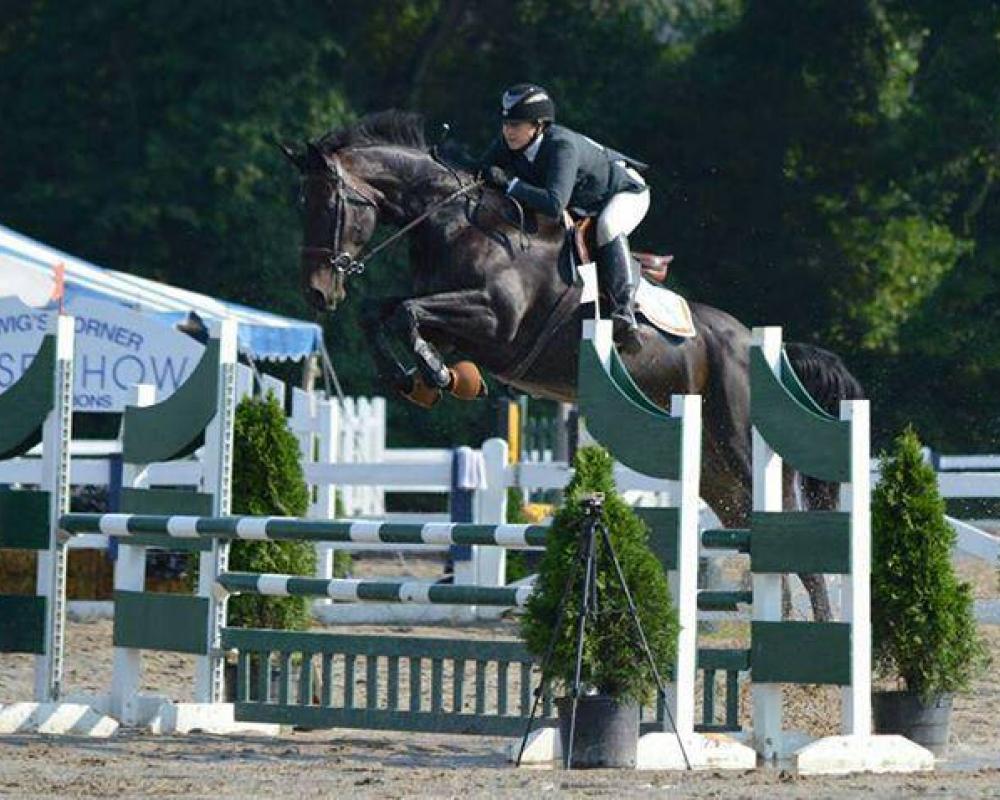 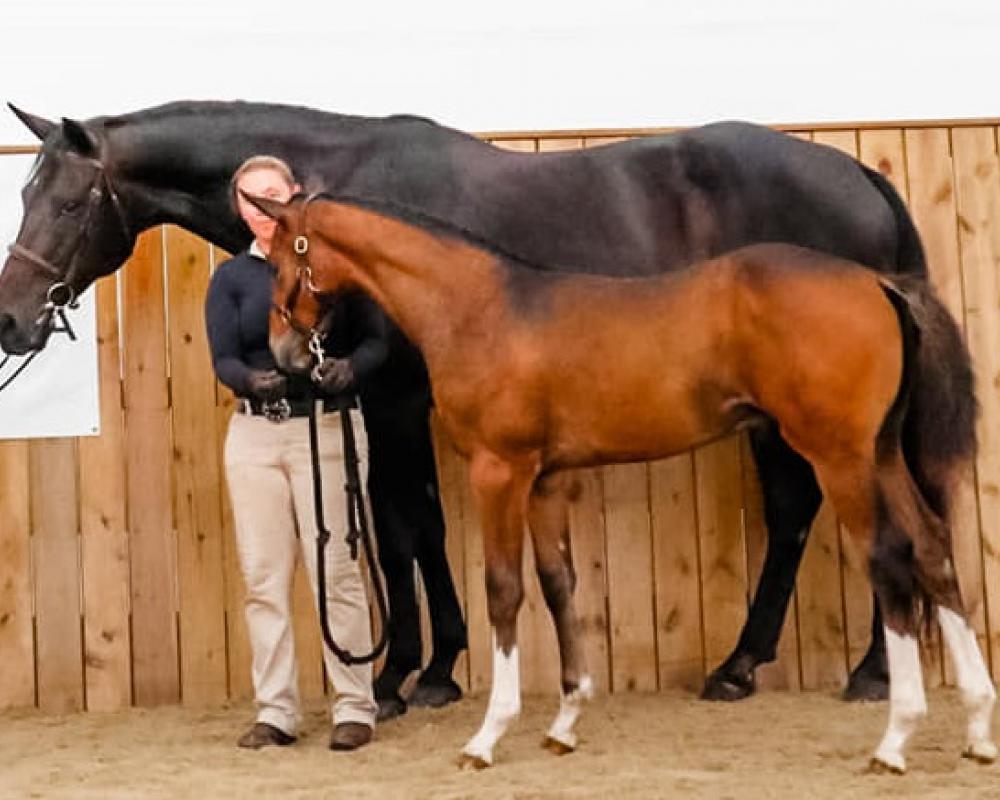 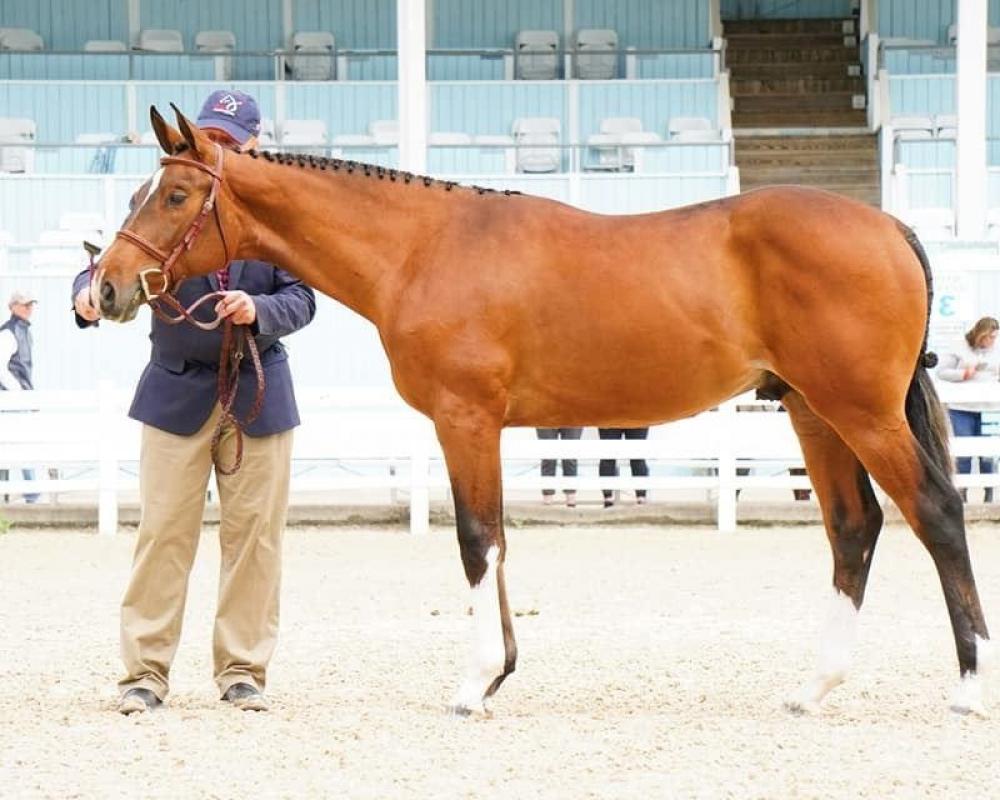 Sire: Million Dollar was purchased by the Holsteiner Verband in spring 2015 and licensed at Zangersheide in April 2015. He was 30-day tested at Schlieckau in December 2015 and graded 8.25 for rideability and 9.75 for jumping ability.
He has an outstandingly regular, very ground-covering walk, a trot with good knee action, and a very efficient canter, powerful and with excellent carriage from behind. His free-jumping was controlled and extremely careful, with a good bascule, excellent, bouncy push-off and the ability to be expected from his bloodline. His bloodline is characterized by an accumulation of sports performance of rare quality and concentration.

His 2nd dam, Daytona de Muze, used to be successful in jumper classes at 1.60m under Belgian rider Jody Bosteels and has been sold to the USA since.
His 3rd dam, Wallon de Muze, was successfully competed under Michel Hécart (1.60 m), same as her full sister, Walnut de Muze, under Harrie Smolders.
His 4th dam, Quirly Chin by Chin Chin was successfully shown internationally by Eric Lamaze. Million Dollar’s family is described by its founder Joris de Brabander as follows: The horses from this line have good looks and good movement. They are easily ridden and have been demonstrating their performance in competition at international level for generations.”
A colt by Million Dollar was the highest-selling foal, netting 29.000 dollars at the 2nd Holsteiner Verband Auction in 2018.
Under Maximilian Gräfe, the stallion has already won two young jumper classes at A level and was placed at L level and level M under Ebba Johnson and is currently competing under Frank Schuttert in the 130-135 cm classes.

Dam: Conradeen Z is a gorgeous mare with excellent conformation, uphill movement, a ton of scope and natural jumping and dressage talent. She is Zangersheide registered but is approved Westfalen/ RHPSI. She competed primarily in jumpers up to to 1.25cm but was also successful in the big eq and in hunter derbies before retiring for broodmare duties. Conradeen was trained and competed by an amateur rider, proving her great temperament and trainability. She is a pleasure to handle and passes her good temperament to her foals. Pictures of 2017 and 2019 foals included in ad.