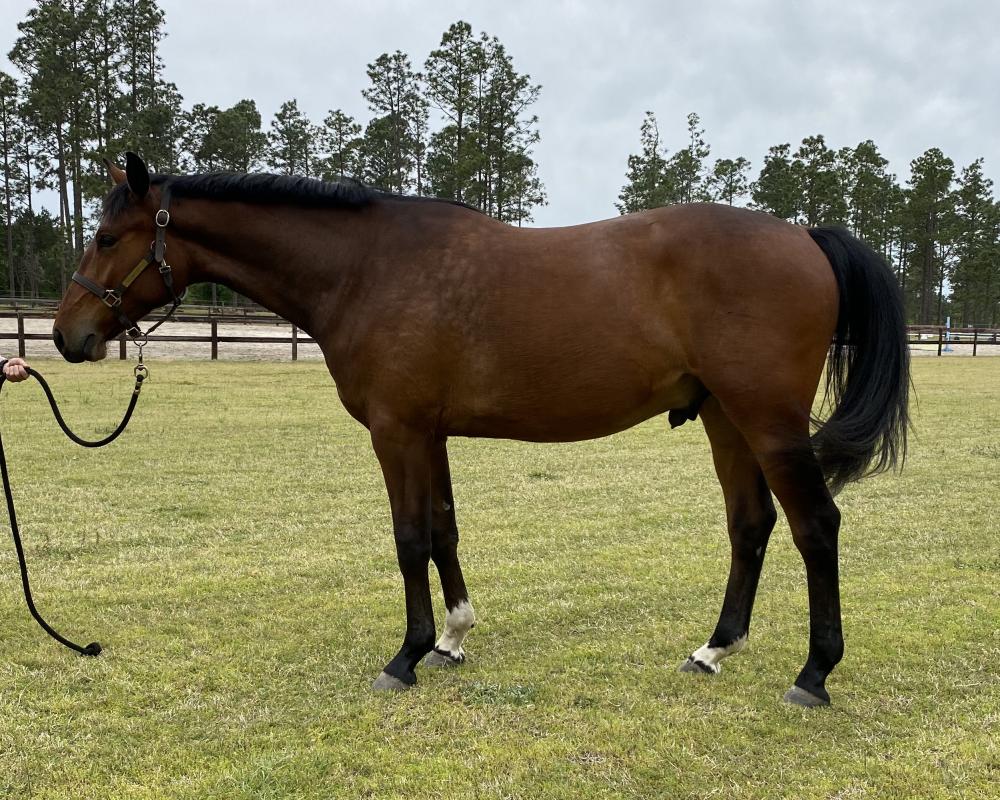 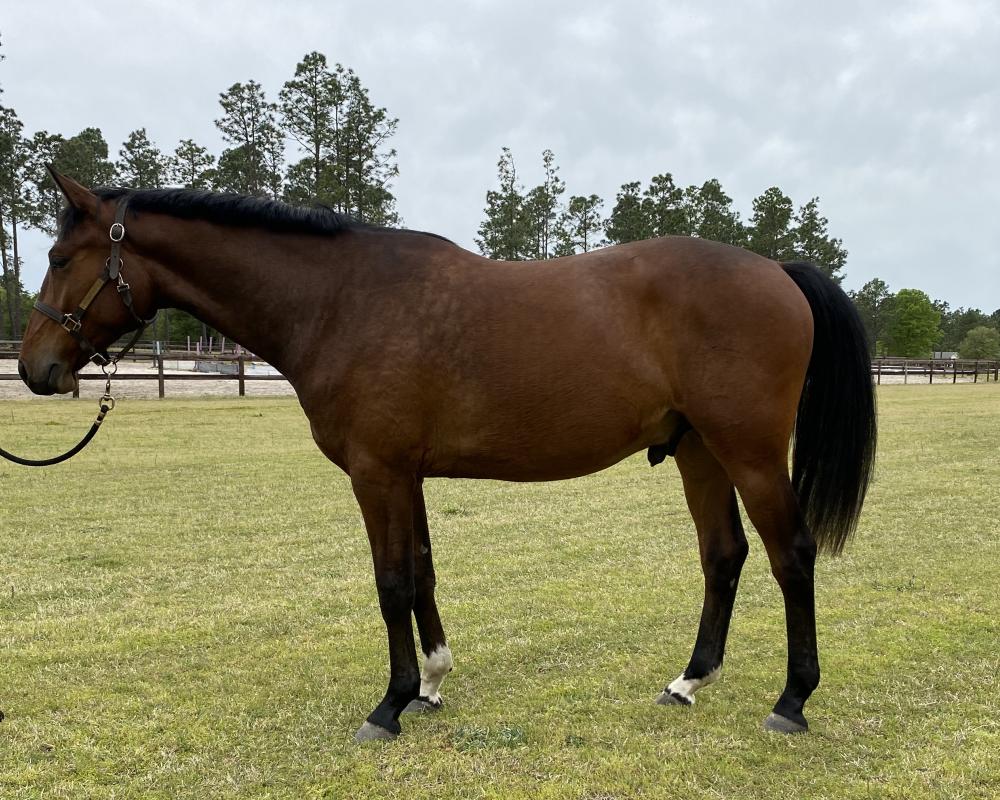 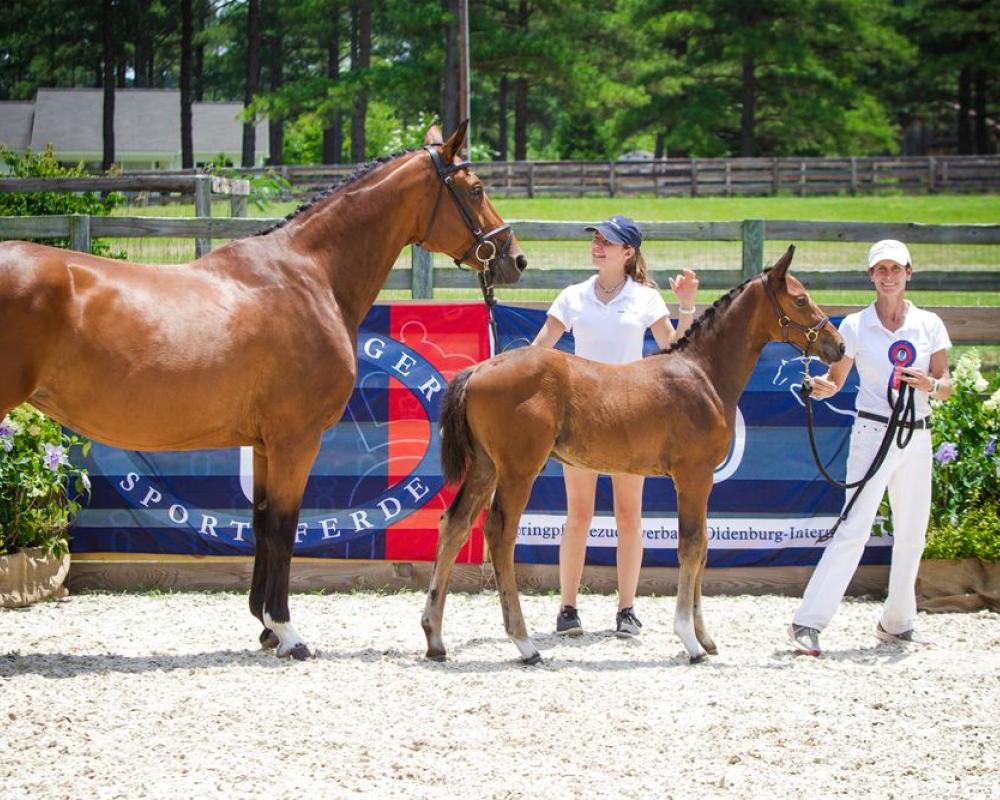 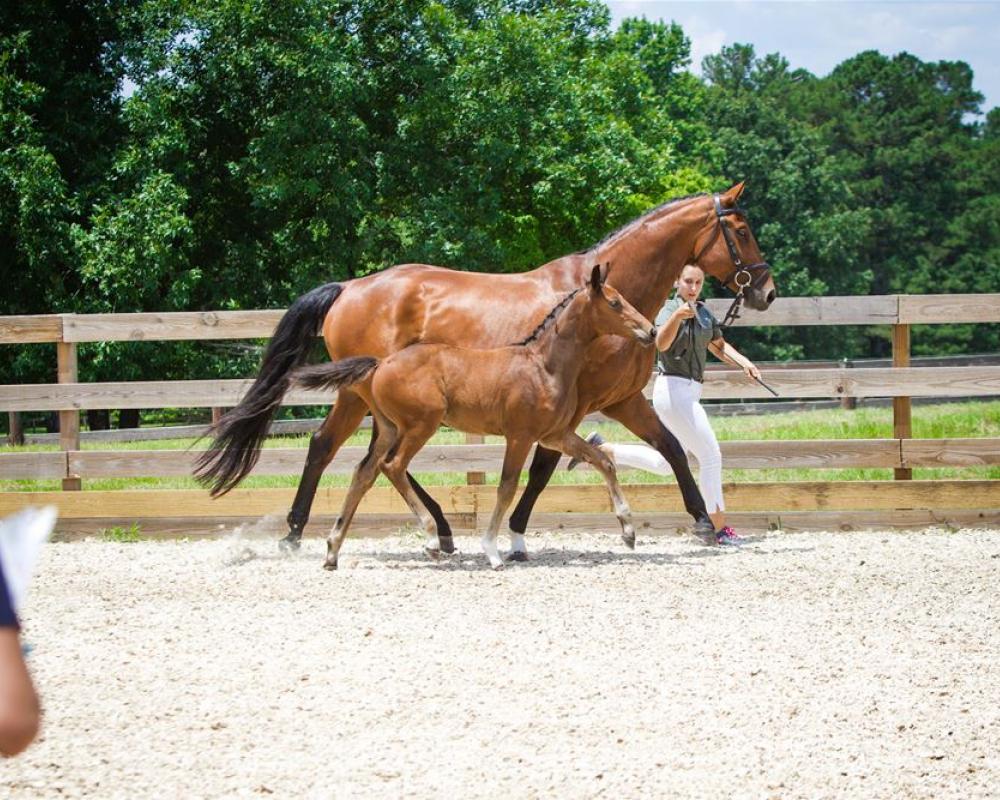 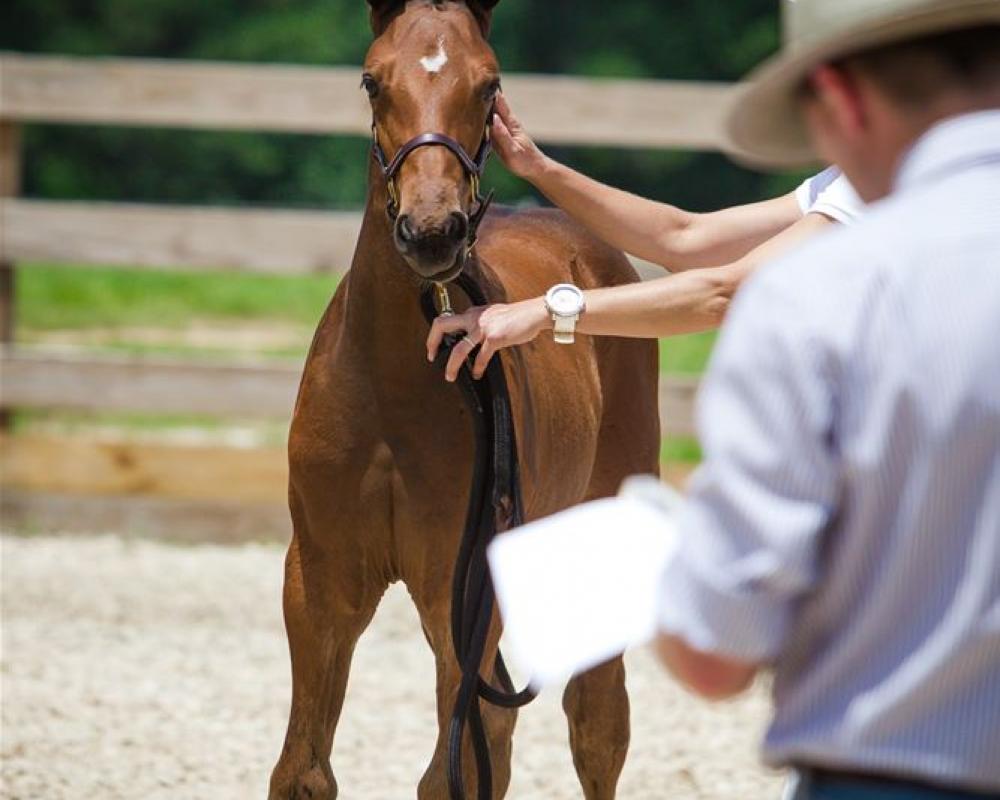 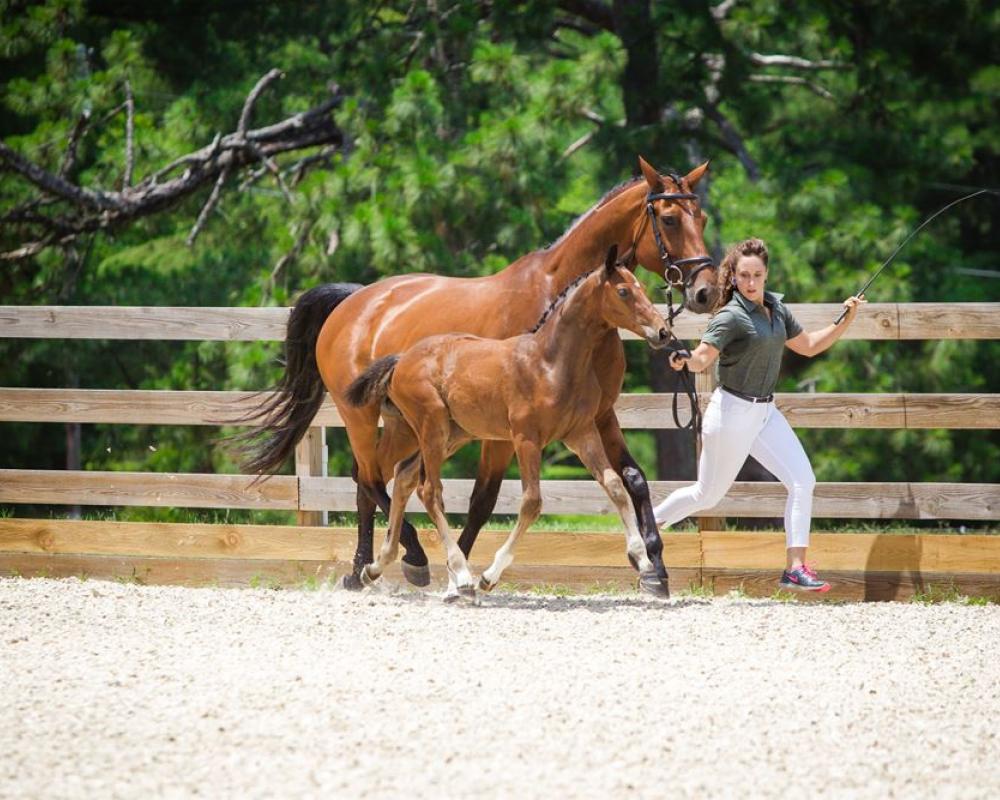 Baxter VZ bred to be a High Performance Hunter —receives rave reviews at his GOV inspection!

Baxter's sire is legendary Balou du Rouet--"Only stallion in the world in the Top Ten for both show-jumping and eventing" Balou du Rouet has been ranked in the top 10 Leading Hunter Sires for the past 5 years with the USEF-- Standing #1 in the Rankings in 2013 & 2014. Balou has 3 sons in North America known for siring top hunters: Amazing, Banderas, and Bliss MF. Bon Balou was also a favorite of many breeders until his passing.

Baxter's dam is Alexi VZ by Apiro (Argentinus/Pilot). Apiro was reserve Champion of his 30 day test in 2004 with a 8.51 overall, 8.86 for jumping, and 7.99 for dressage. He completed his sport requirements in Germany by qualifying for the 2005 Bundeschampionat in show jumping. Apiro successfully competed in the working hunter ring as well as in the jumpers. He is known for producing quiet minded and athletic offspring.

Apiro's sire is the legendary Argentinus-- known for passing on his willing temperament to his offspring. Argentinus was a successful advanced level show jumper, sire of 28 approved sons, 48 State Premium mares, and became Germany's youngest millionaire based on money won by his progeny. For an amazing seven years Argentinus lead the FN statistics of his age group for the prize money earned by his progeny with offspring competing at international levels in both dressage and jumping.

Alexi's dam sire is Winchester. Winchester was a Grand Prix jumper who was most notably ridden by Canadian Ian Miller.

Baxter VZ has the Conformation, Temperament, Movement and Pedigree that = High Performance Hunter!

Baxter VZ should mature to around 16.2 hands