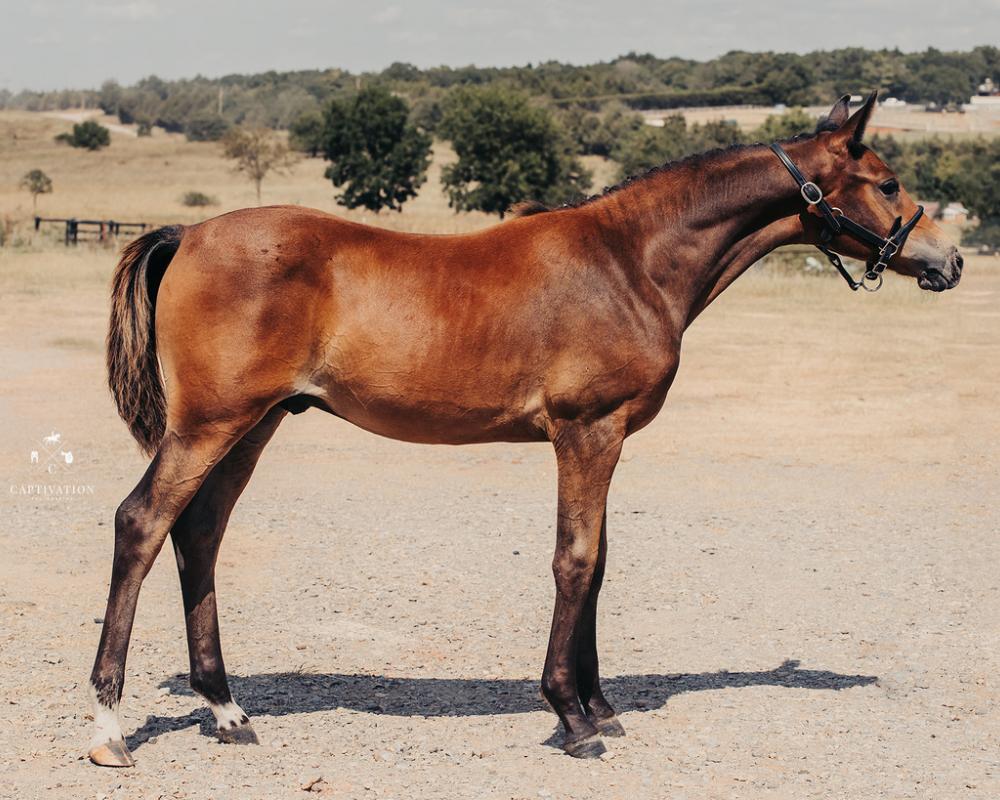 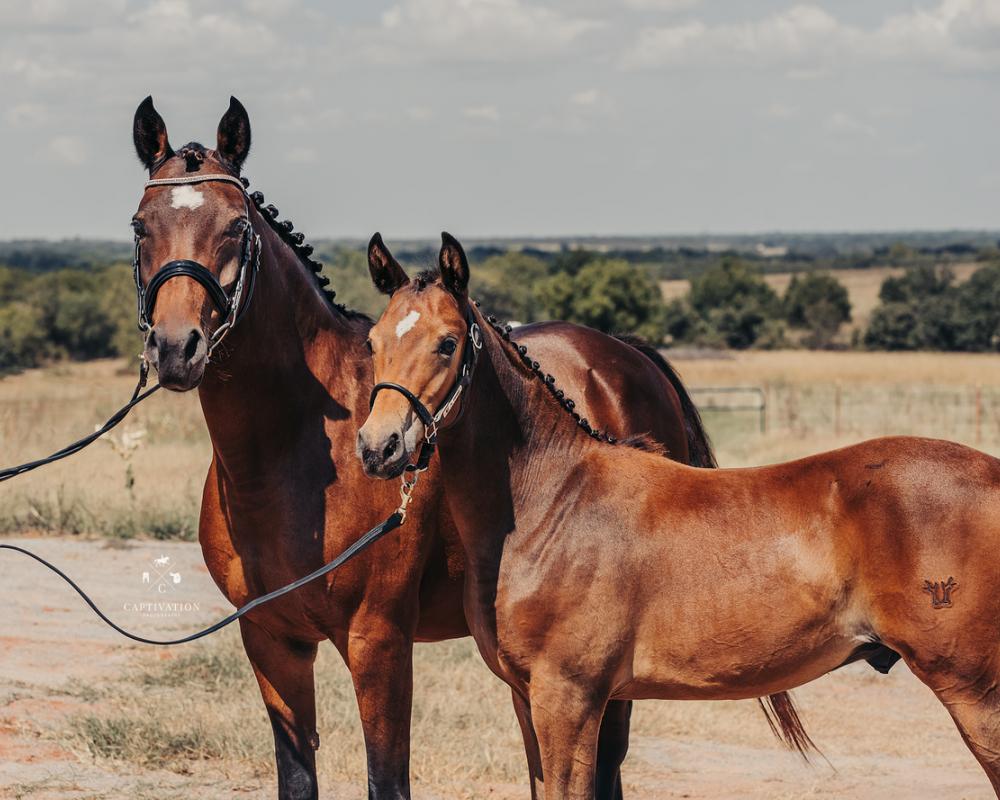 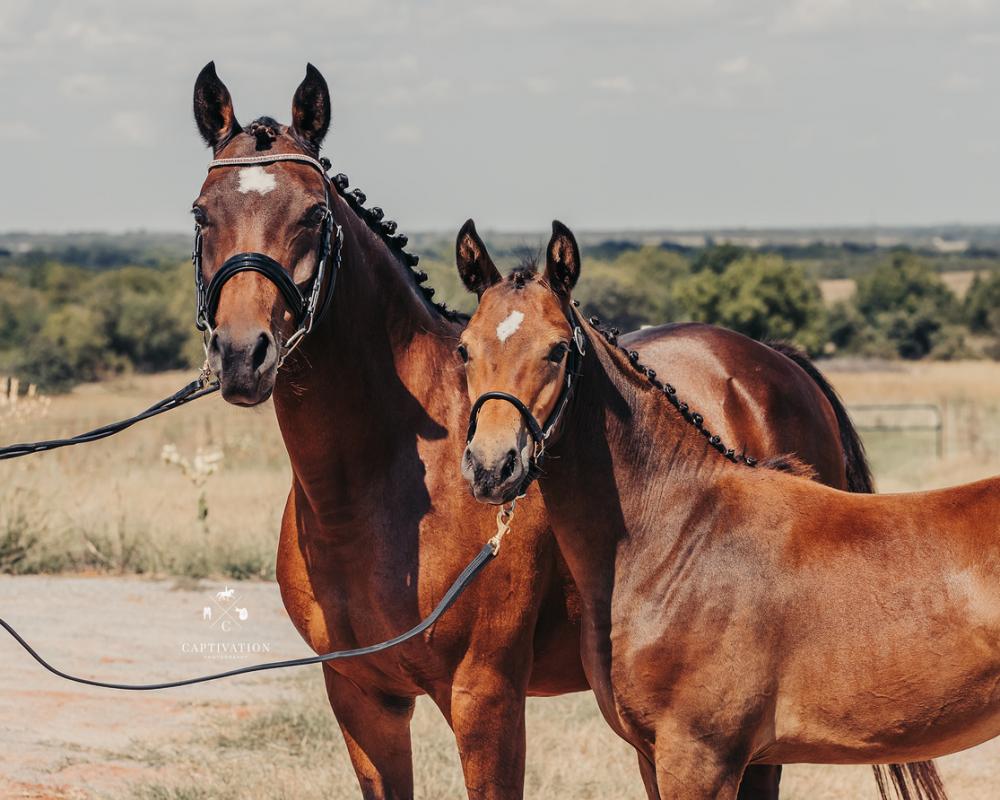 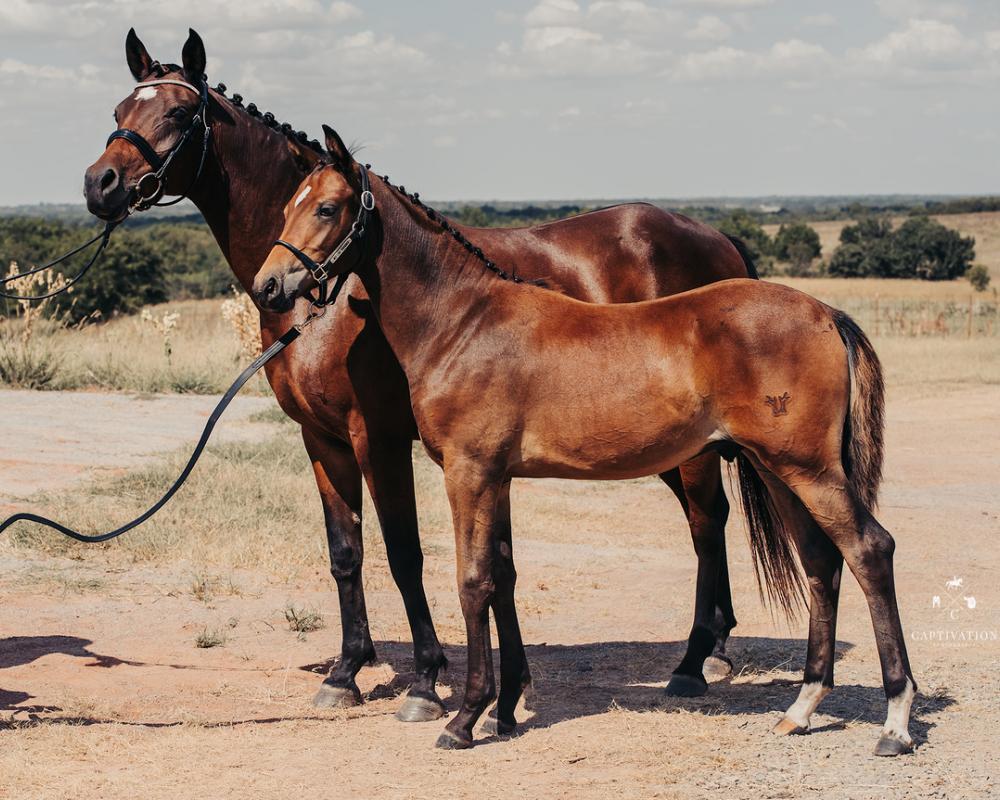 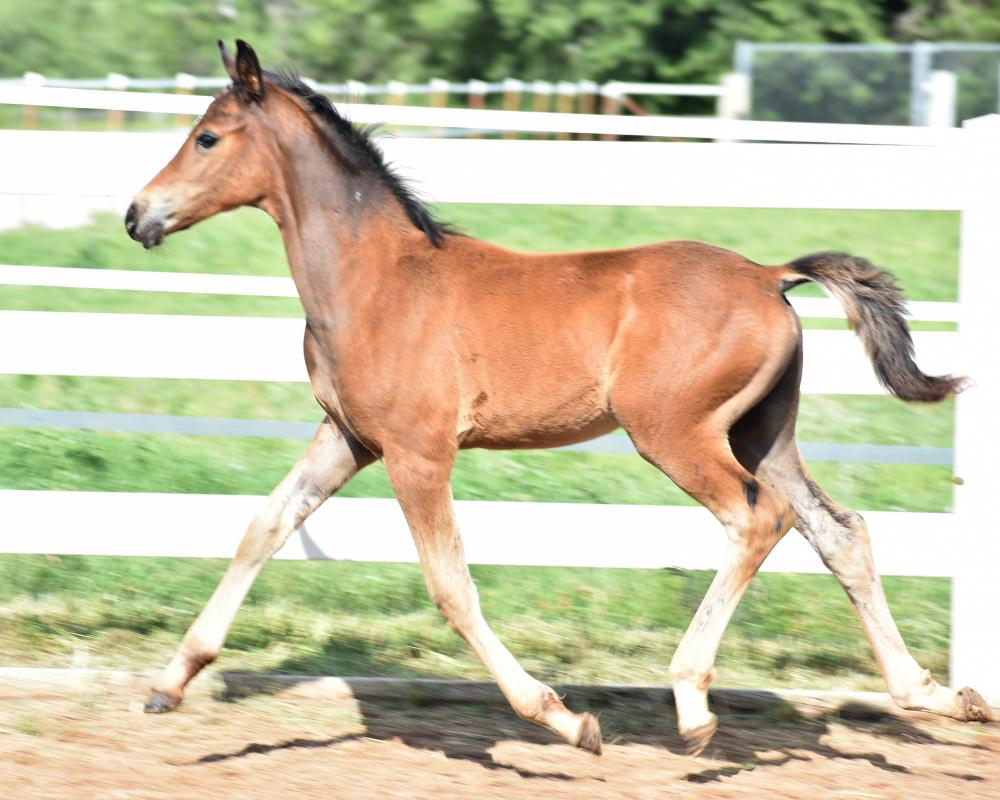 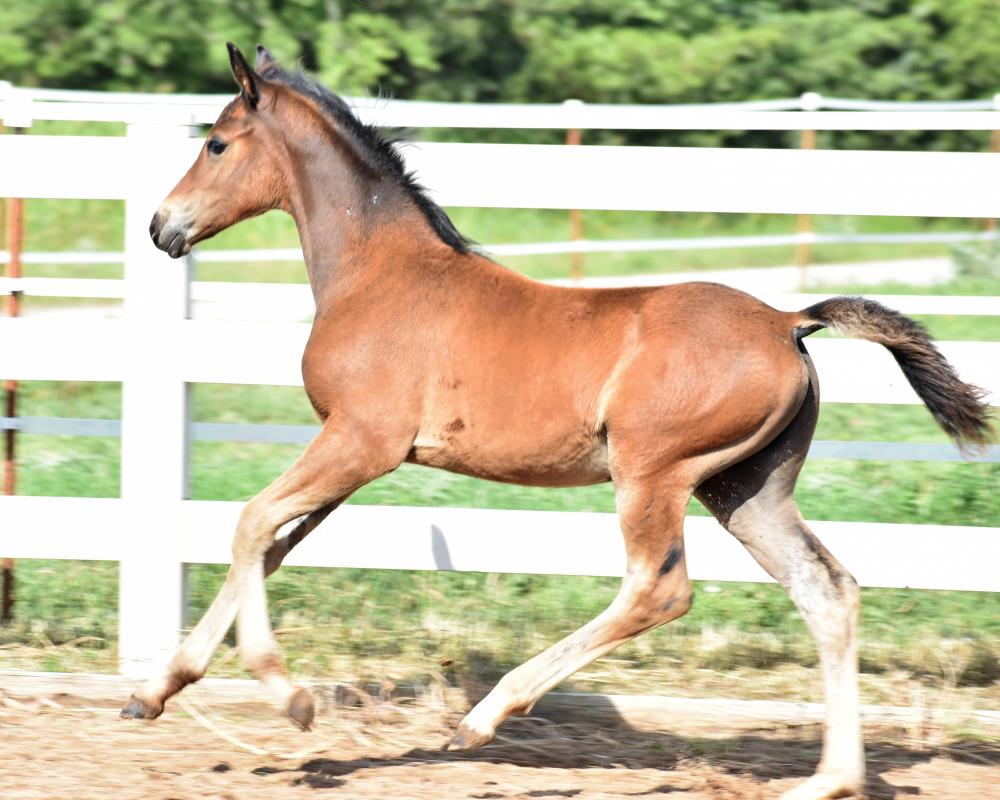 Bon Ami NLS is an exciting 2021 colt by one of Europe's top dressage stallions, Bon Coeur (Benetton Dream/Sandro Hit). We saw a need for quality Half Arabian Sport Horses that can not only be shown in Arabian Sport Horse divisions, but will also be competitive in USDF open shows. Bon Ami was purposefully bred for the dressage arena, and has the movement for a modern dressage horse, but still maintains the beautiful type of the Arabian!

His sire, Bon Coeur, is currently one of the top Hanoverian stallions in Europe. He was judged a premium stallion in Verden 2014 and won his 30-day test in Schlieckau in a very strong field, achieving a total of 9.1 points for his gaits. During the 30-day test he was rewarded with the maximum 10.0 points several times. Bon Coeur has achieved a score of 9.0 points multiple times for rideability during qualifiers to the Bundeshampionat. He was also champion in Hannover 2016, and was both as a 3-year and 4-year-old Reserve-Bundeschampion in Warendorf. Bon Coeur is a modern sports horse, with three excellent gaits, fantastic mechanics, and superb rideability. He was awarded the Weltmeyer Prize 2017 from the Hanoverian Association for his magnificent year in the sport. In Sweden, Bon Coeur secured a 93% in his 6-year-old test, with a full 10 points for future potential. He then went on to win his second competion at Advanced Medium level with an impressive 73,2 %. In 2019 he continued his superb track record making a strong start to the 2019 competition season by winning the 7-year class with 80,3%, then going on to even win his second start of the year and securing an early qualification to Falsterbo Horse Show.

His dam, Tahriki Malika, is the end result of our search for the right “type” of Arabian mare to incorporate into our small dressage breeding program. She comes from the perfect combination of older Russian, Crabbet, and Egyptian lines not seen much today in the modern Arabian show world. She is the type of Arabian that is "built to last" with excellent movement that boasts loads of suspension in the trot, lovely shoulder freedom, an amazingly smooth canter, and a lovely walk, coupled with an uphill build, a gorgeous shoulder, face, legs, and those fantastic large, Arabian feet, all bundled together with an amazingly quiet disposition. In 2019 she was presented to Weser-Ems (the small horse and pony division of the Oldenburg Horse Breeders Society) and was accepted into the main mare book with excellent remarks on movement and type (inspection scores are available upon request).

Bon Ami NLS was a dream cross, and it is very unfortunate that he was born a colt, because had he been a filly he would never be leaving my farm! He has been well handled and is halter trained, has been on a regular farrier and deworming rotation, and will be receiving his first set of vaccinations soon.

Bon Ami has been inspected and branded with the American Rhineland Studbook at the Valley View Equestrian Center Hanoverian/Rhineland inspection in Stillwater, Oklahoma. The judge commented on his athleticism and especially his uphill, balanced canter. Bon Ami is also registered Half-Arabian with the Arabian Horse Association. Special consideration to a competition home. For more information, please visit my website at www.nextlevelsporthorses.com.