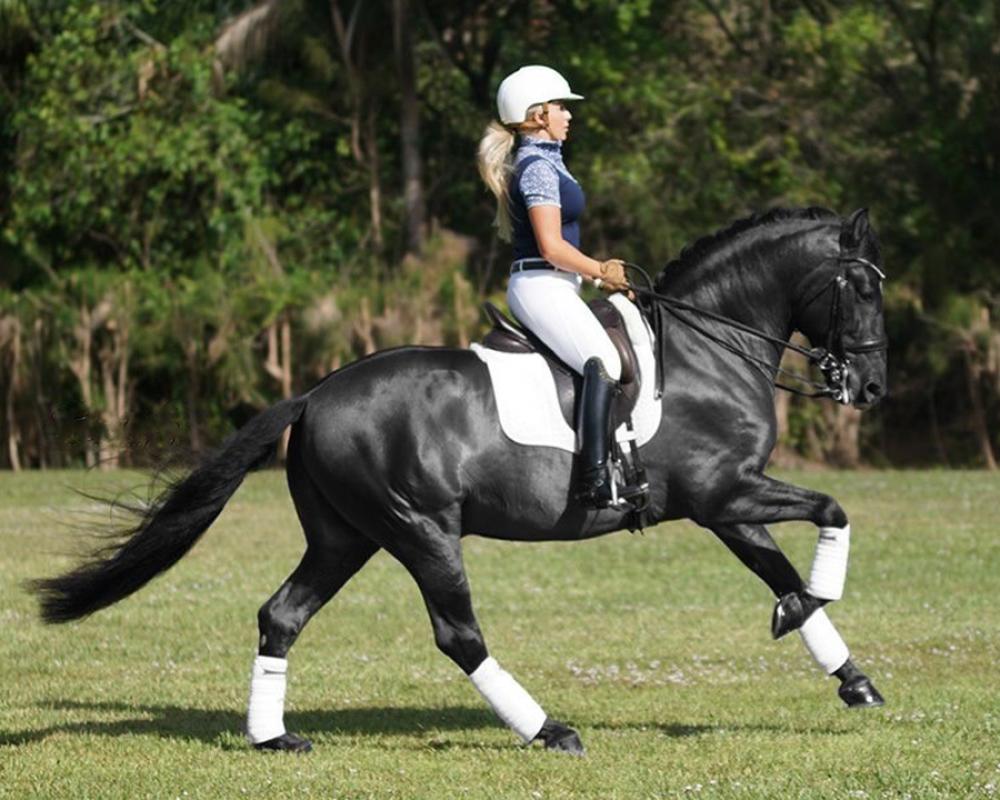 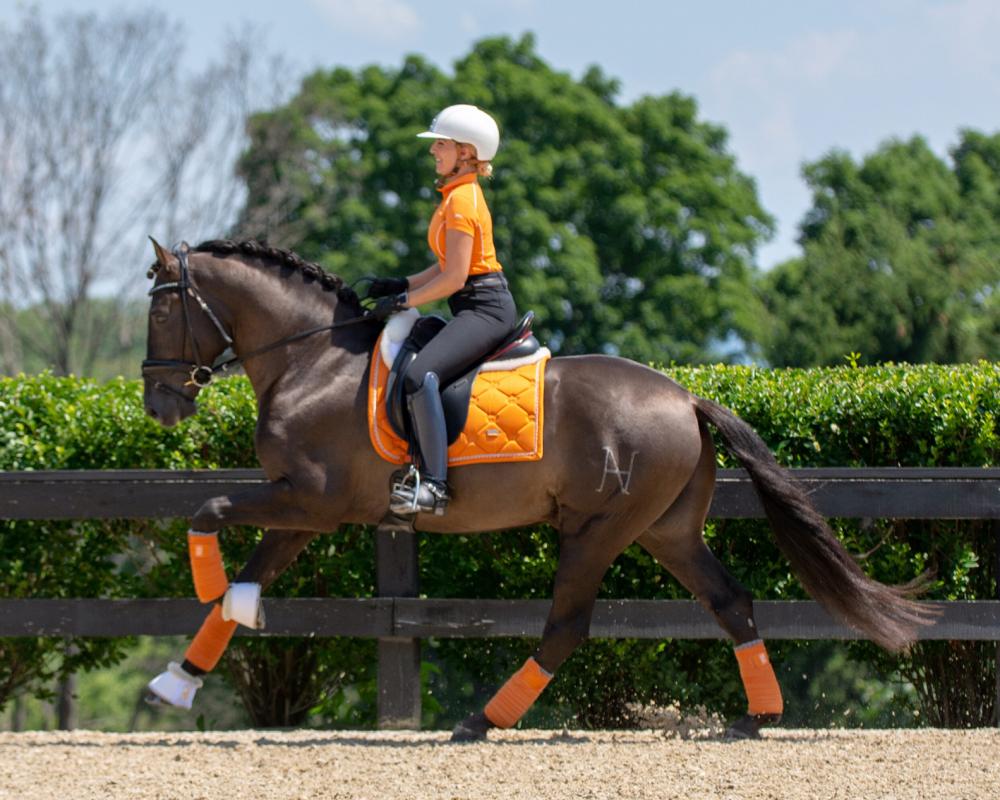 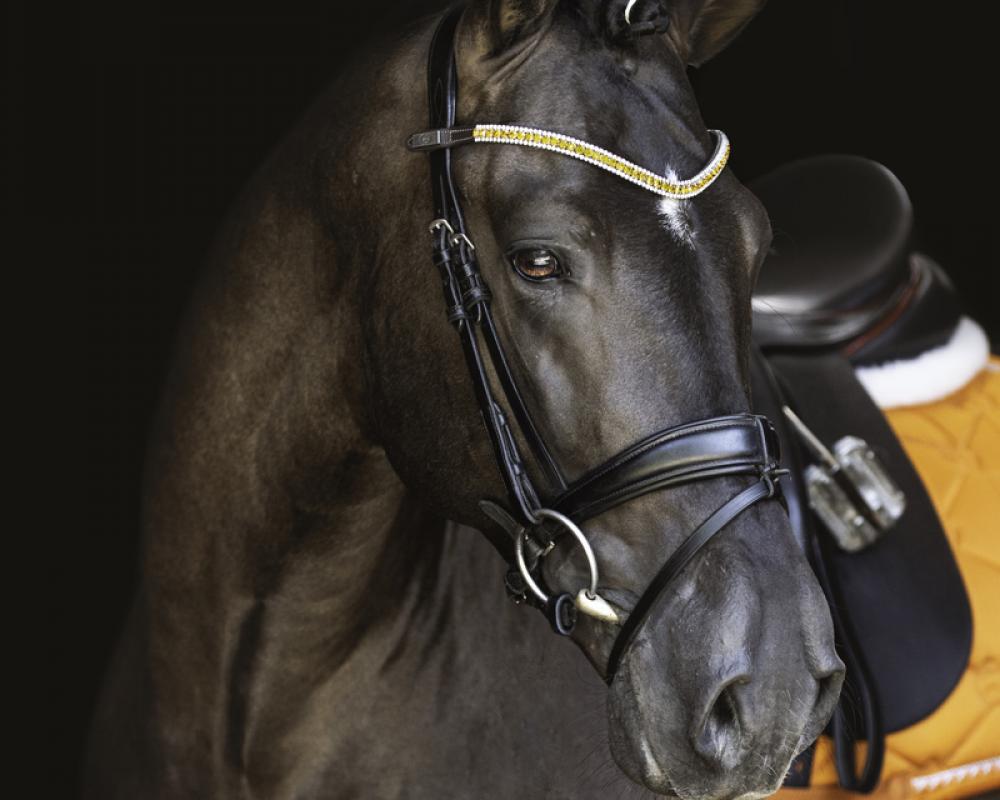 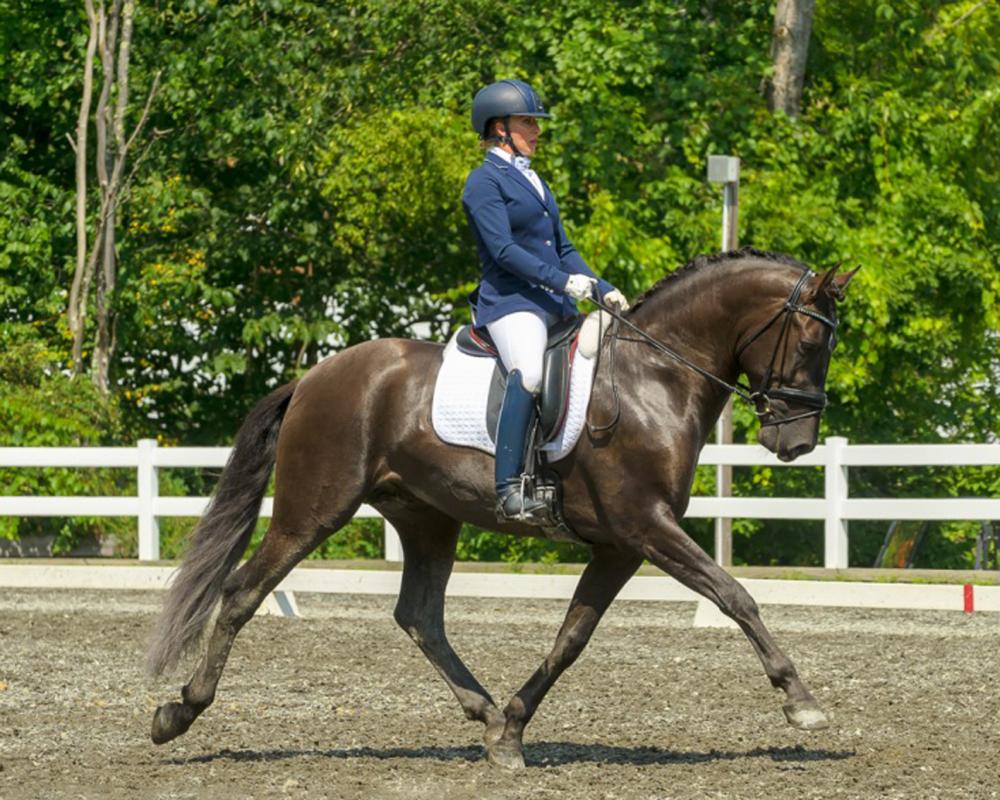 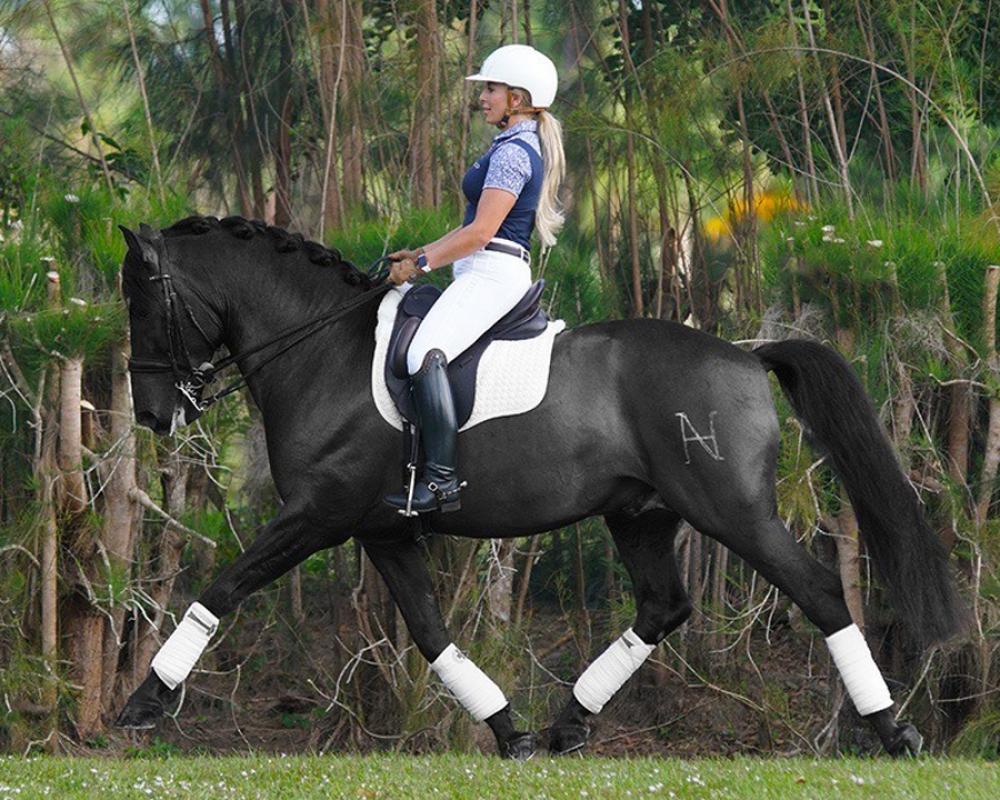 Exciting option for both Iberian and warmblood sporthorse breeders!

Discreto embodies the compact type, balanced gaits, and wonderful trainability that has so many riders and breeders seeking out the PRE breed. Born in Spain and imported to the US as a young horse, Discreto has been carefully developed by his amateur rider and is quickly progressing in his training. In 2021 Discreto made his Prix St. Georges debut at 7 years old with his amateur owner and easily rose to the challenge. Typical of reputation of the Spanish horses, he loves learning the FEI work and is already playing easily with more advanced exercises.

The talent for dressage is no surprise given Discreto’s pedigree. The special cross of Machin and Esmerelda has been repeated seven times. Full siblings C Olivo and C Castelnovo both competed in the FEI Young Horses classes with good success. C Olivo placed 4th in the Finals class at the CDI-Segovia as a 5-Year Old and won at National Championship shows in Spain. Castelnovo was winner of the 2015 ANCCE Cup for 4-Year Old Dressage Horses and returned to the championship again in both his five and six year old years.

The first Discreto foals were welcomed in 2021 and we’re seeing his wonderful character coming through in his early foals. He has been approved for breeding with the ANCCE and IAHLA.