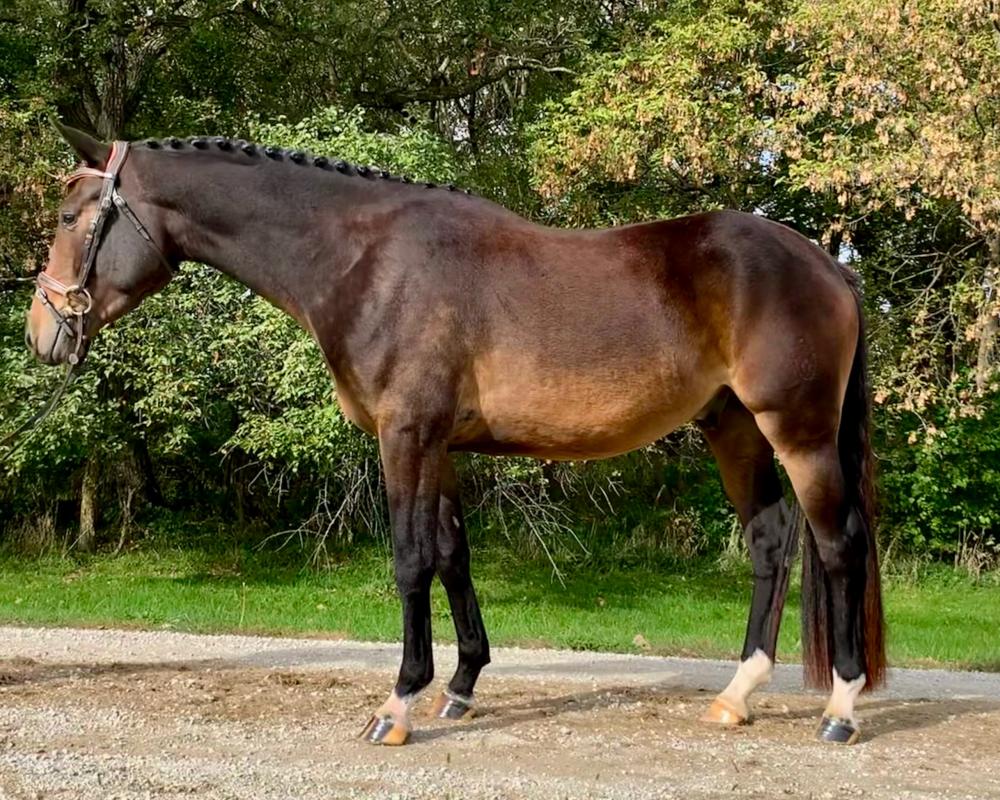 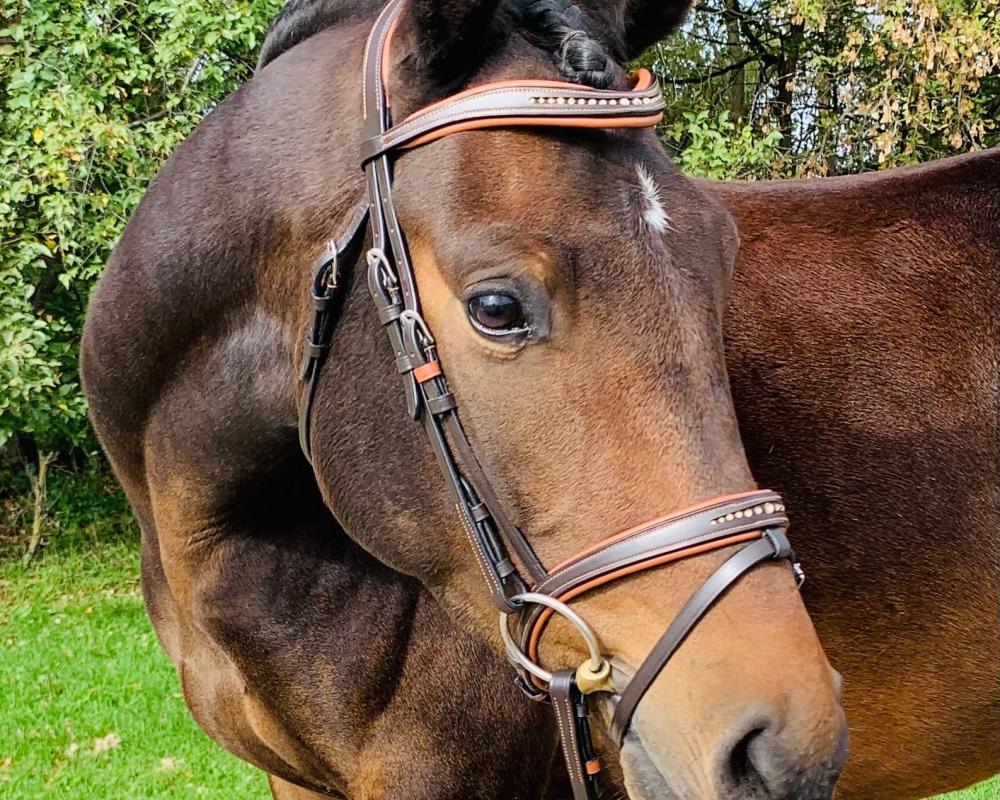 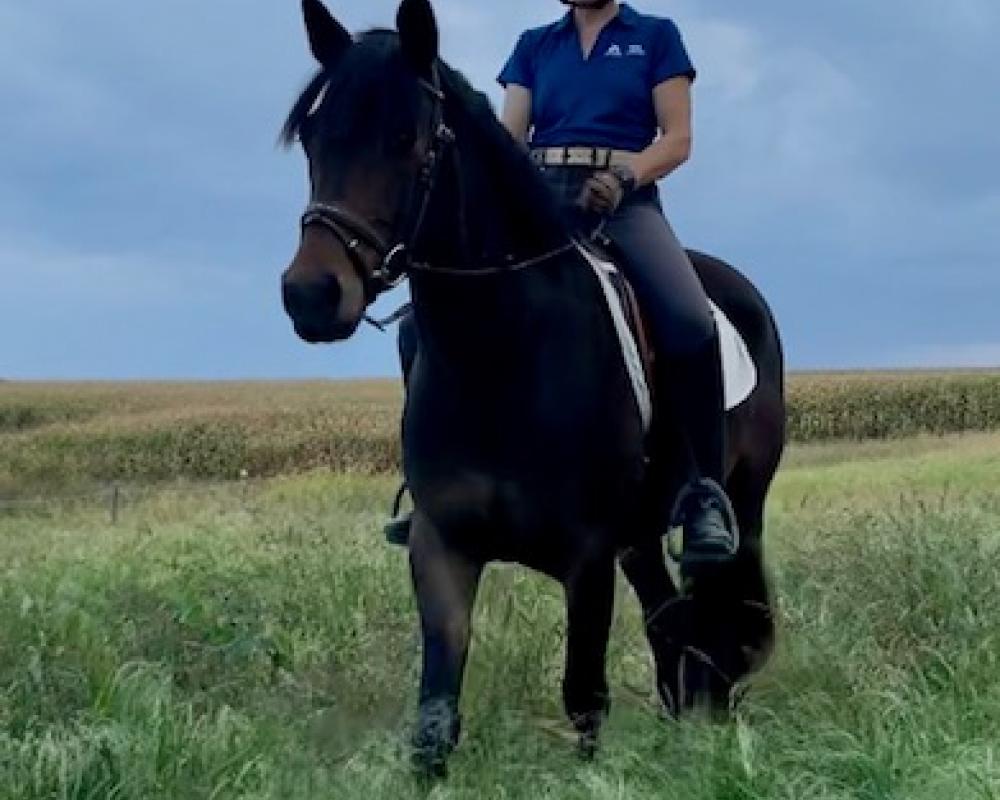 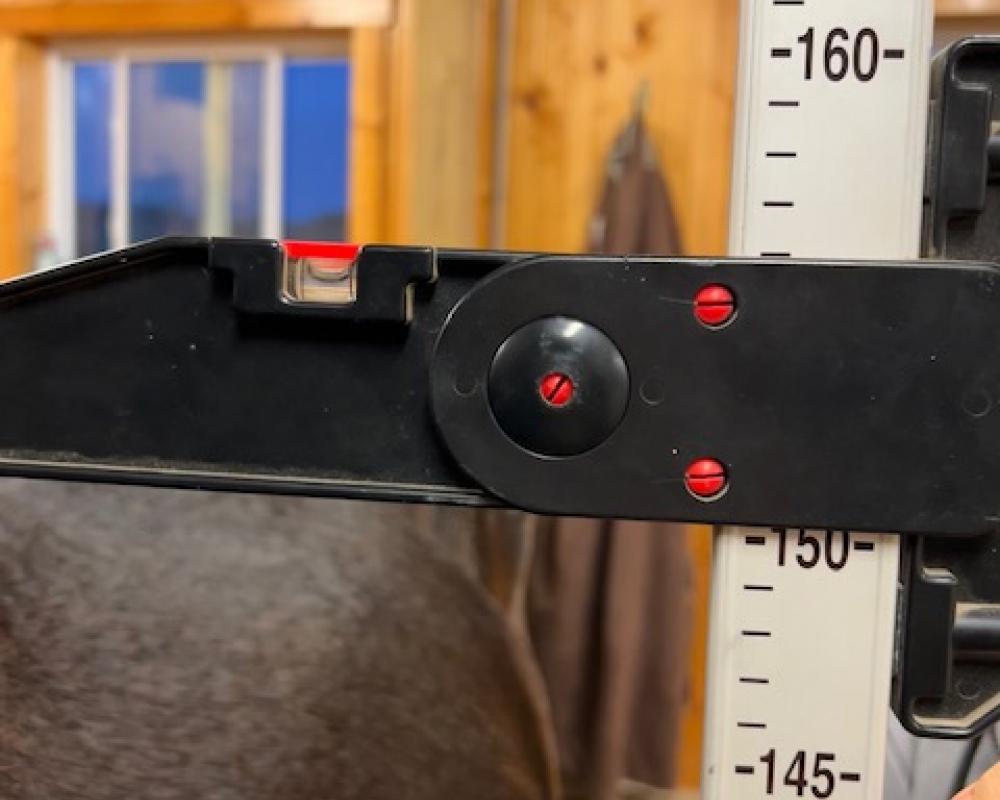 Caffeinated Q (aka Sven) is a 150 cm/ 14-3 h handsome 3½ year old gelding with a solid foundation and is ready to start down a career path. He has about 60 rides on him – 95% of which have been at a walk on the trail. He goes through water, crosses bridges, has walked next to traffic, and knows how to use his body up and down hills. He can go out by himself or in a small group. He has been exposed to dogs, goats, sheep, pigs, cows, bulls, mules, donkeys, tiny school ponies, huge draft pulling horses, and wildlife as well as large farm machinery and a construction equipment yard – all without concern. He clips, trailers, ties, and stands for the vet and farrier. See his video!

I start my horses outside on the trail as much as possible during the summer and fall, before moving inside to learn how to go on the bit w/t/c over the winter; but that doesn't mean an arena/round pen is foreign territory to Sven. As a young horse, he's brought into the arena and given the opportunity to learn about mirrors and noises he can't see. When trails aren't an option for the day, we focus on groundwork in the round pen so he can begin to develop the skills to carry himself. This guy is very social and loves people. He is very curious and learns quickly. He will be an AA dream as he grows in his training.

I foaled him out in May of 2018 and he has been worked with since minute 1. My business is to breed, raise, start, and train ponies and small horses--with the intent of making athletic equines with the temperament to be ridden by adult amateurs and kids.

‘Sven’ lives outside almost 24/7/365; however, he does very well in a stall at home and at shows. Although he has not been shown himself, he has been to multiple schooling shows since he was a weanling, to hang out, do some in-hand work, and get used to the environment. He has also been to the local riding school to get used to kids and ponies zooming past, playing ‘Red Light, Green Light.’ I have also trailered him to a local state park to ride on trails with my family.

This is a well-started young horse with the athleticism to go into any discipline.

We have an outdoor arena, a round pen, and a large indoor arena with a heated tack up and grooming area so you can come see him in any weather. Please let me know if you have any questions!