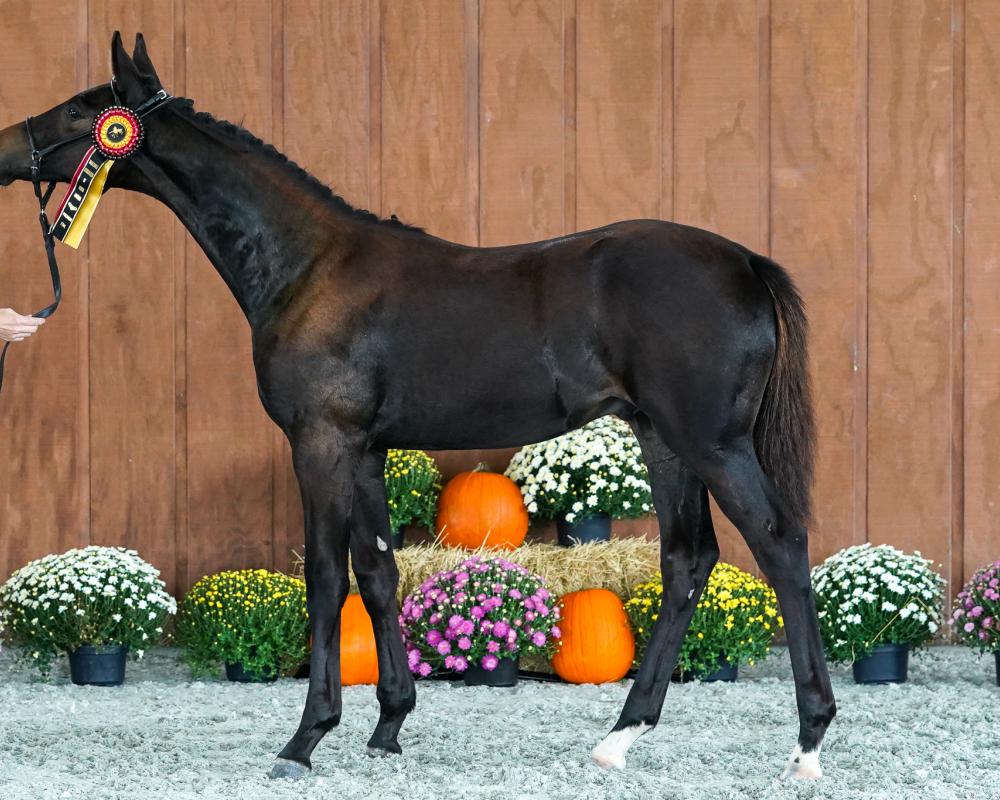 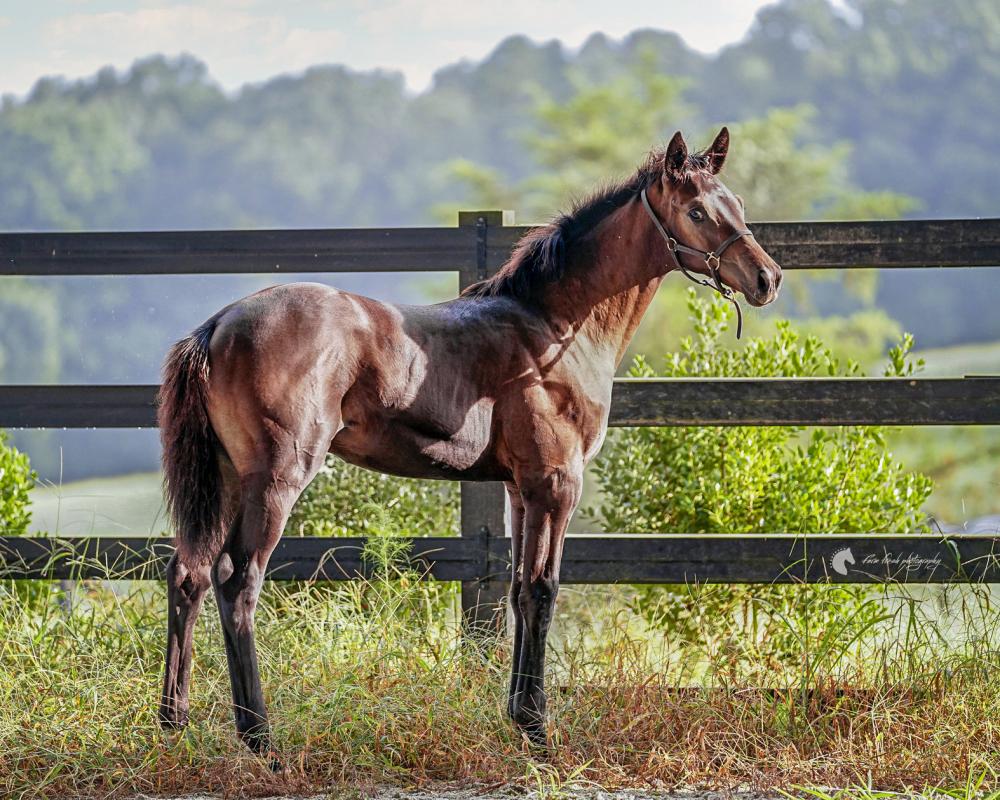 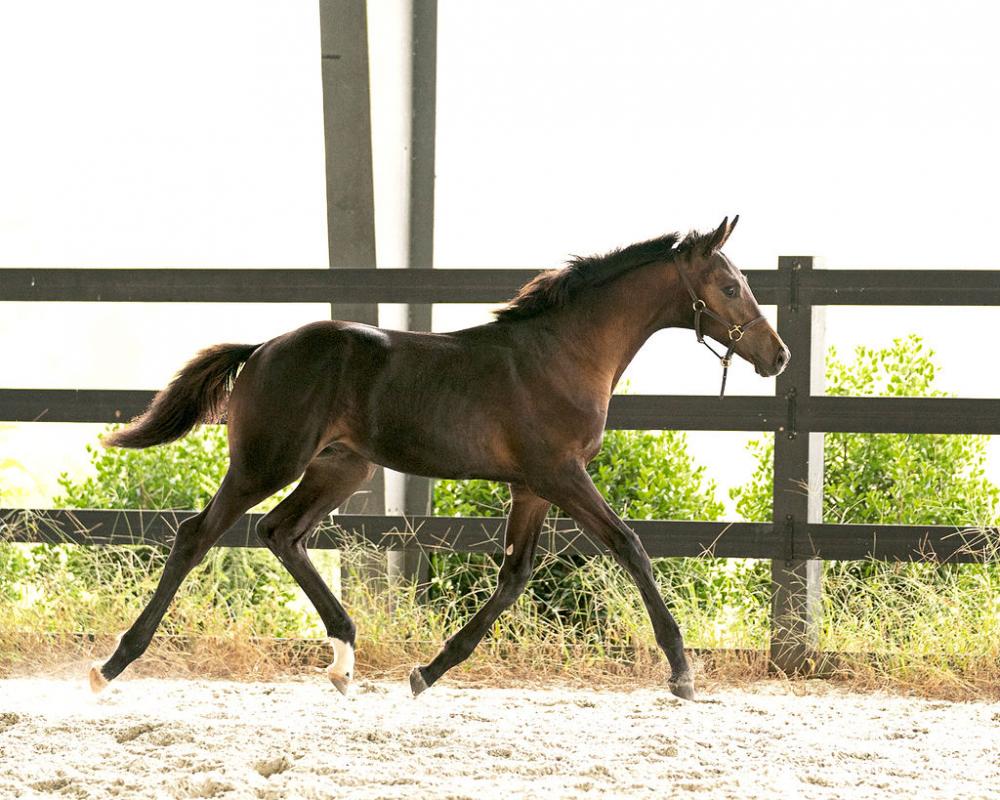 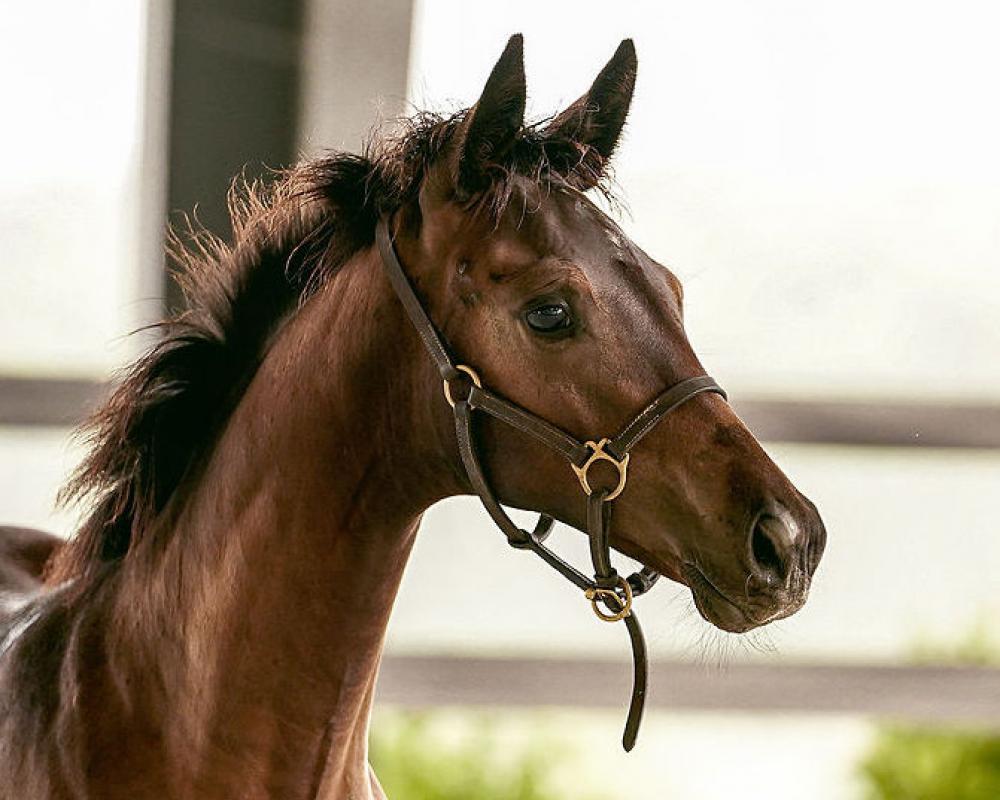 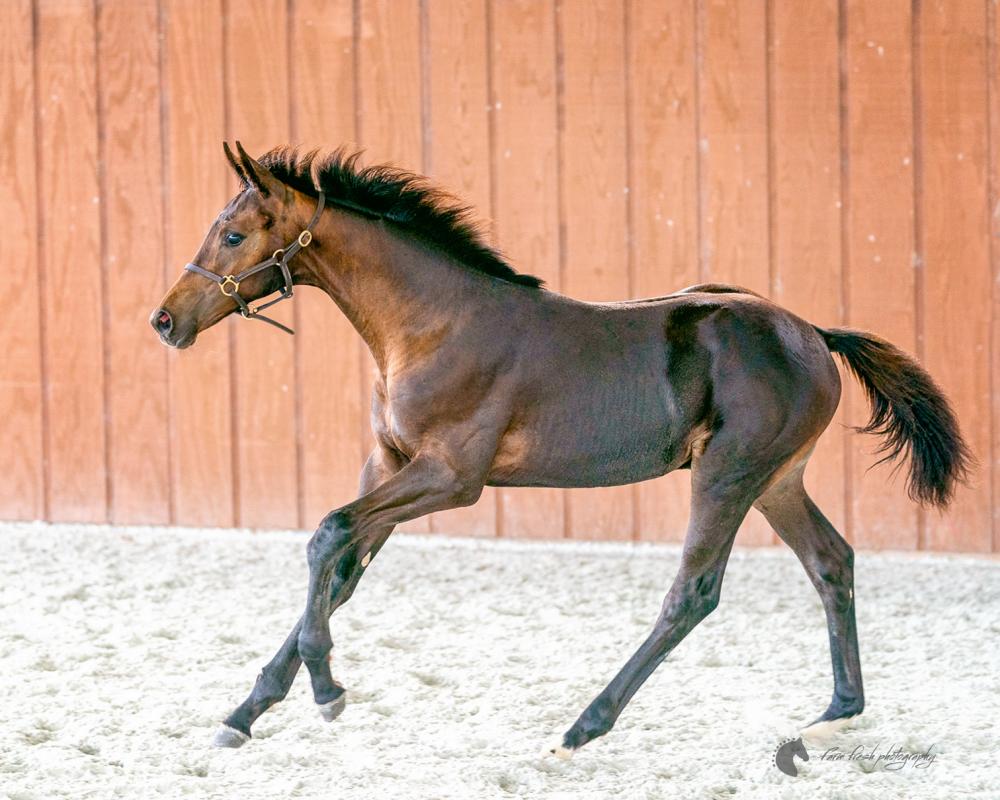 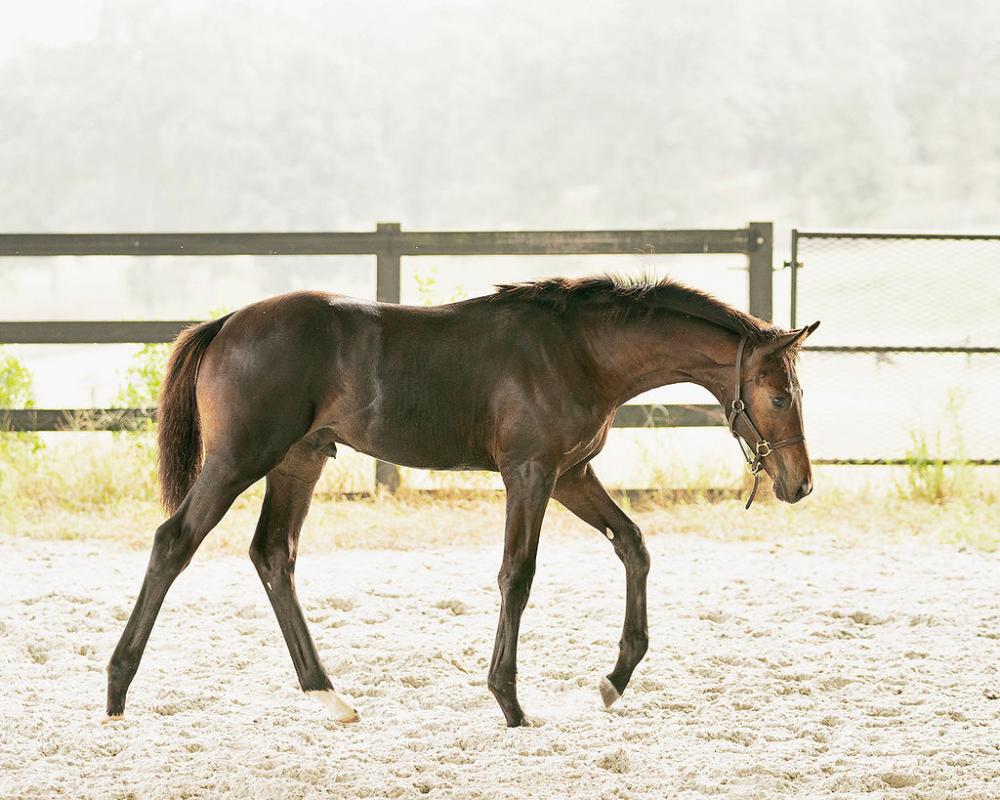 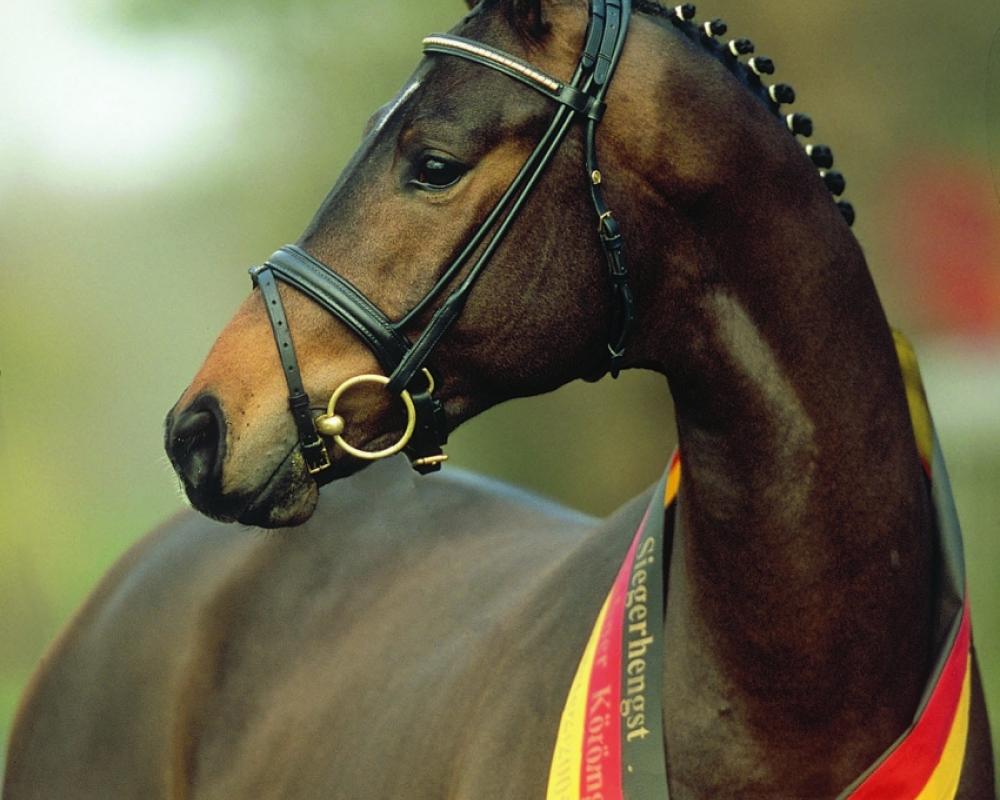 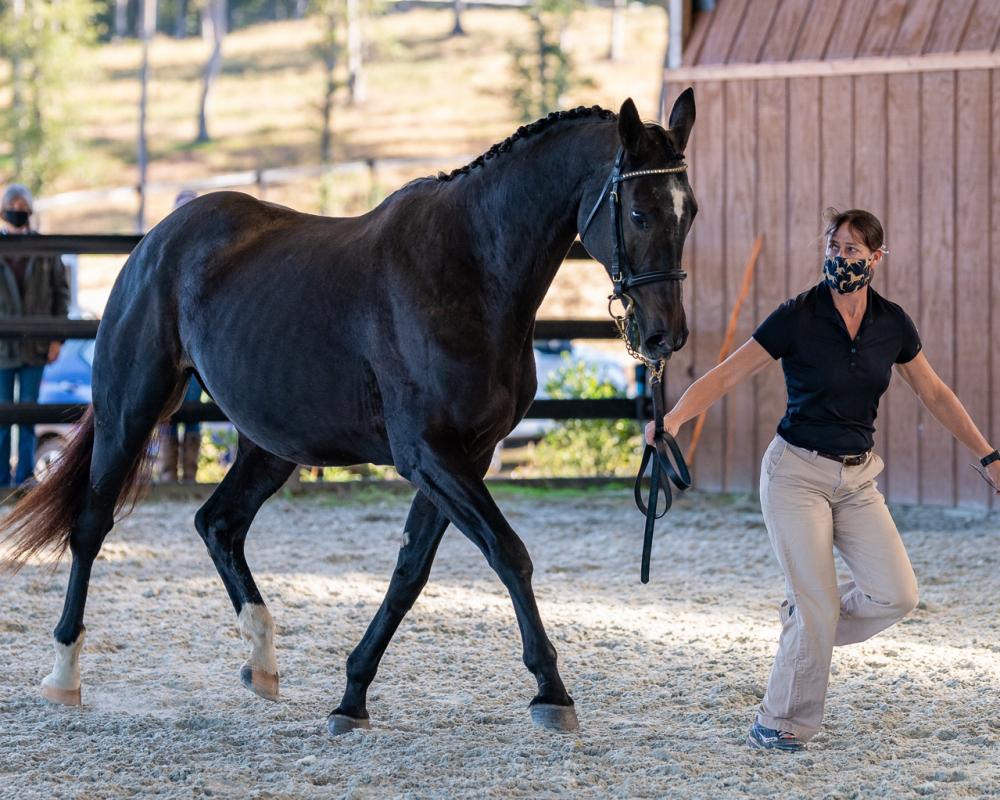 Introducing the stunning Casanova BWS! “Cass” embodies of the best traits of both of his parents – he draws the eye with his beauty and elegance, long legs, lovely hip and shoulder, and that head! Casanova is truly a perfect name for this heartbreaker! Born 4/17/21, this royally bred colt is by the incomparable Trakehner stallion, E.H. Herzensdieb (16.2hh) and out of the imported OSB Trakehner Premium mare Carlotta II (16.3hh). Cass possesses three correct gaits, wonderful conformation and a fantastic personality and brain that will serve him well in any discipline. Add on exceptional bloodlines that include highly successful dressage, jumping and eventing competitors, and you have a serious sport horse / stallion prospect. In fact, Cass received a perfect 10 for Type at his Trakehner Association of North America inspection. This was the first (and so far only) 10 ever to be awarded. As you can see in the video, Cass is extremely athletic, and I expect he will have no issue with collection or clearing a fence. Judges have praised his hip, neck/shoulder, topline, balanced gaits and agility, recommending that he be allowed to develop as a stallion.

Herzensdieb stamps his offspring with his elegant type, friendly personality and exceptional rideability. At his Trakehner Licensing, Herzensdieb was awarded Champion Stallion. “This stallion is not just moving, but dancing,” was the enthusiastic comment. Trakehner Verband Breeding Manager Lars Gehrmann added, “Endowed with the aura of something special, this stallion embodies the classical Trakehner upgrader type.” He was Reserve Champion of his 70-Day Test scoring above champions from Hanoverian, Oldenburg, Westfalen and Holsteiner licensings. He won the Trakehner Championship for 3-year-old stallions, qualified for the Bundeschampionat for 6-year-old dressage horses and then trained up to the Advanced Level. Herzensdieb has an FN breeding value dressage of 142 points and is in the top 10% of German dressage sires. He was honored with the prestigious Elite Hengst title (E.H.) by the Trakehner Verband.

Casanova’s dam, the OSB Trakehner Pr.M. Carlotta II (Kasparow x Coquette / E.H. Tivano) (T14L2 Corry mare line) boasts a rare, top performance pedigree otherwise unavailable in the US. More than just her pedigree, as a young mare Carlotta was awarded 54 points (77%) by the Trakehner Verband with all scores between 7-8.5. Later, she was awarded premium with Oldenburg NA (109 pts) Class I with SWANA (9 for her trot), and at 18 years old, was High Score Non-Hanoverian Mare at her AHS inspection. At the very mature age of 19, Carlotta was awarded Premium and Reserve Champion Mare by TANA with an 8.5 for her trot and a 9 for her canter (56 pts). Her foals have been premium with Oldenburg NA and TANA and Class I with SWANNA.

Carlotta’s sire, Kasparow, was Reserve Champion of the prestigious Bundeschampionat and later was Champion Sport Horse of the Trakehner Verband at the age of 3. He won his 100-day test in Neustadt Dosse. Incredibly, his LOWEST licensing scores were 9, with a 9.5 on rideability, and a 10 walk! Kasparow’s sire, Sixtus, has the highest jumping score (136) of all Trakehner stallions.