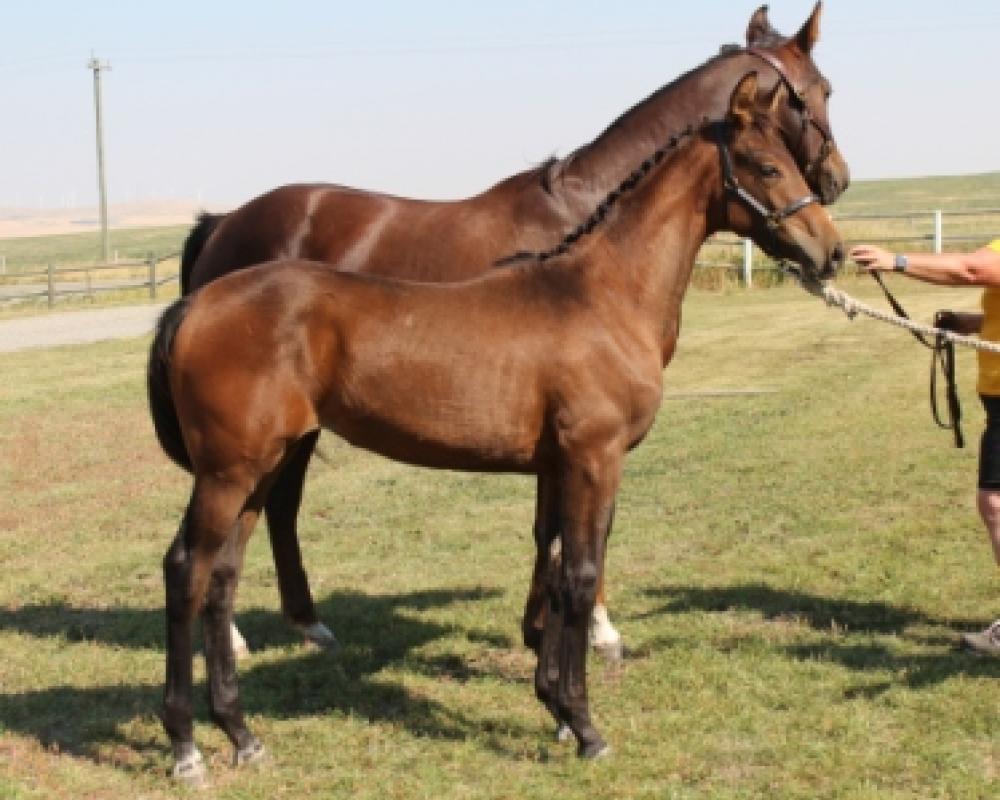 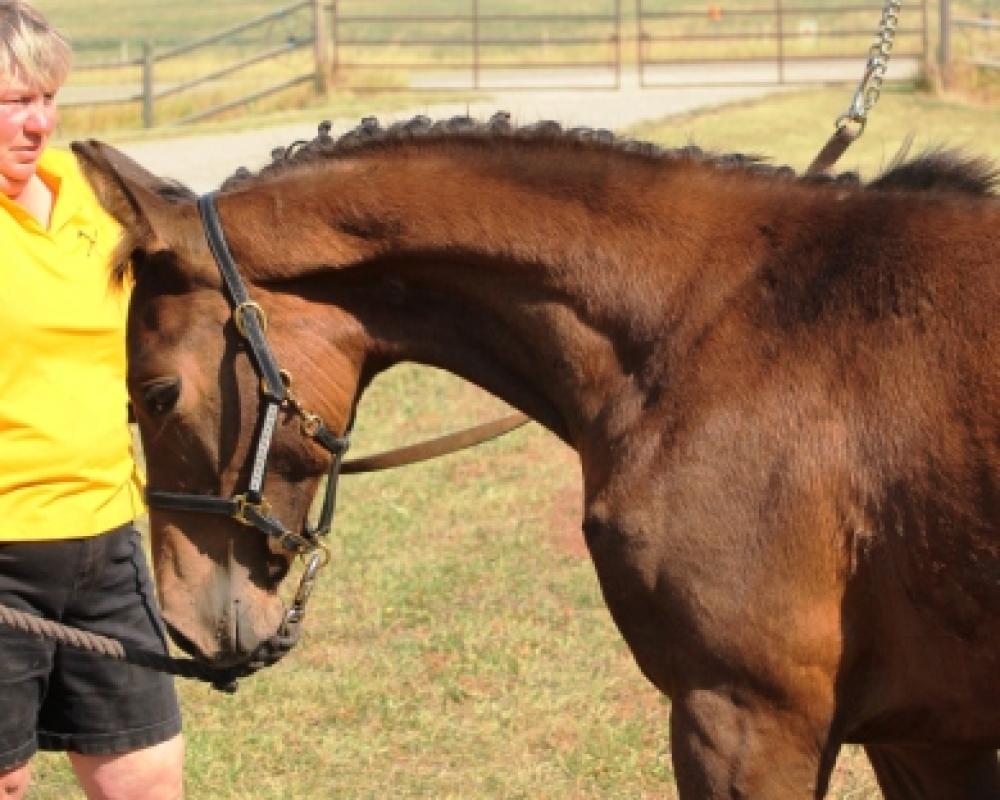 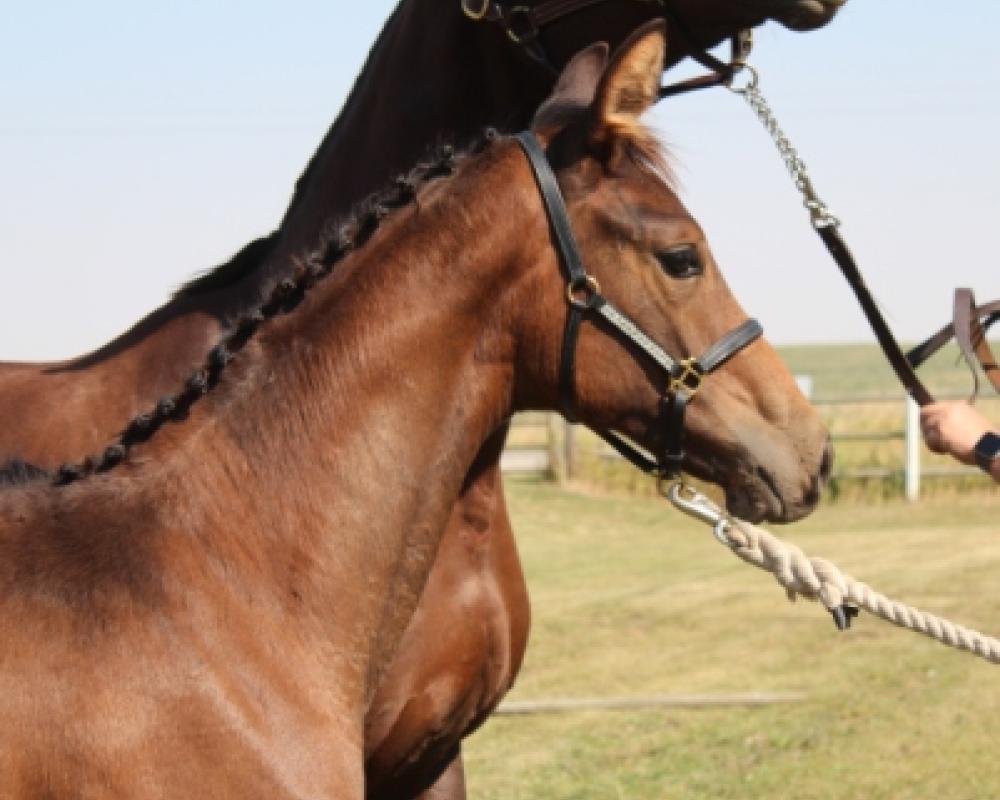 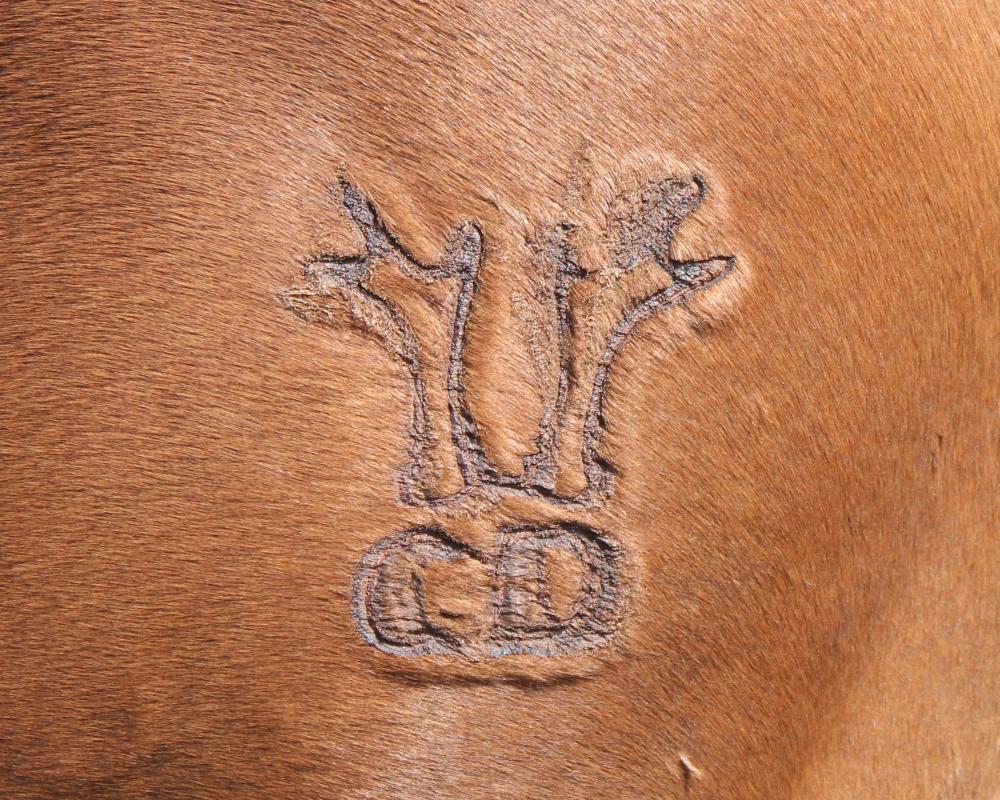 This is a talented filly by the German Stallion Cadeau Noir!. A rare opportunity to purchase a upper dressage tallent of this stallion without having to pay importation costs.
Cadeau Noir has sired Numerous Premium and Champion Foals awarded throughout Germany. In 2014 and 2015 he sired the price highlights at the Elite Foal Auction in Verden. Cadeau Noir distinguish his foals with a strikingly beautiful type as well as first-class movement.

His sire Christ, has outstanding movements and rideability. He is the sire of twelve licensed sons. Christ was second reserve Champion Stallion in the group of stallions with emphasis on dressage at the Hanoverian licensing in Verden in 2007. He finished his 30-day test with top scores. In the meantime, Christ competes hsuccessfully in dressage up to Prix St. Georg.

Why Thelma and Louise? It began in July of 2011. As most breeders will testify, it's not always easy to get a mare in foal. Heather ("Louise") met Deb ("Thelma") over a mare that didn't take. Heather is a veterinarian, and Deb is a small breeder with a focus on performance horses, both Western and Sporthorse. That summer she had a warmblood mare to be bred, and was referred to Buffalo Head Vet Clinic for help getting her in foal. There she met Heather ("Louise"), owner and veterinarian at the clinic and also a warmblood breeder with a lot of experience. Very quickly a kindred friendship developed between Deb and Heather. "We soon started watching hours of stallion presentations in preparation for the breeding season." They saw a resemblance between themselves and the women of the movie Thelma and Louise. "Soon the road trips started," making an even stronger parallel with the road-trip bonding of Thelma and Louise in the movie. They went to Boston together to attend a breeders seminar, and noticed how well they operated as a team—and how memorable. Ask the attendees whether they remember the duo from Canada! Since "Thelma and Louise" shared the same breeding ethics and similar backgrounds, the idea of combining resources was a natural, and Thelma and Louise Sport Horses was born.
Email Seller Now
Visit Seller Website
More Horses From Seller