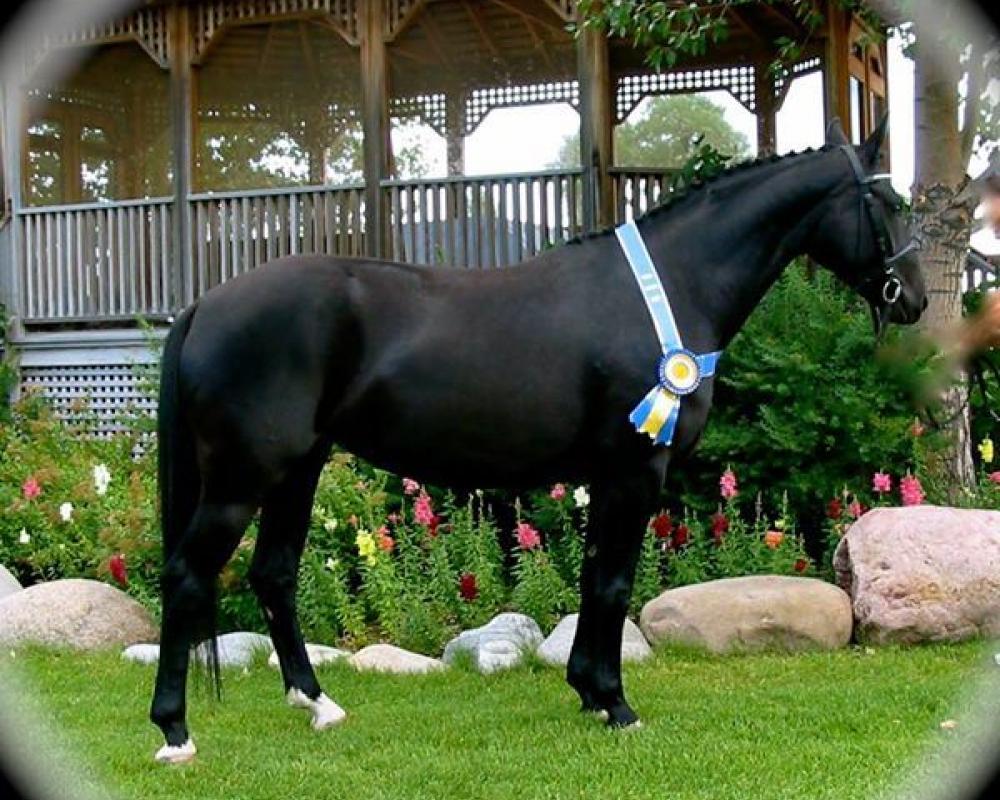 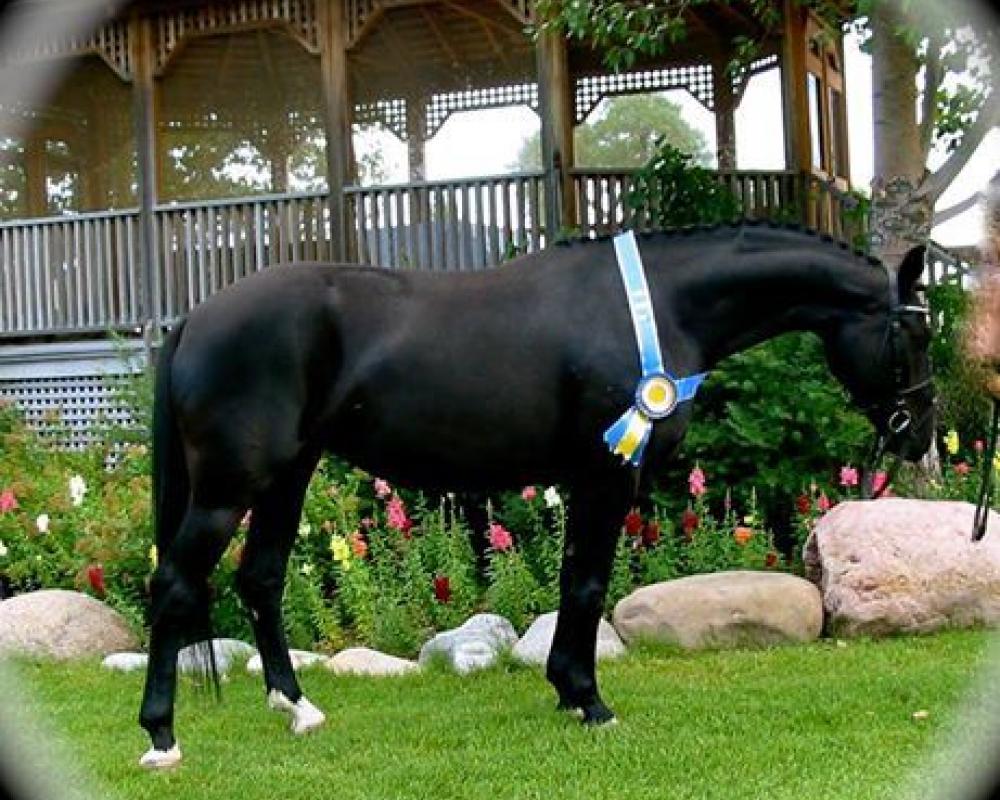 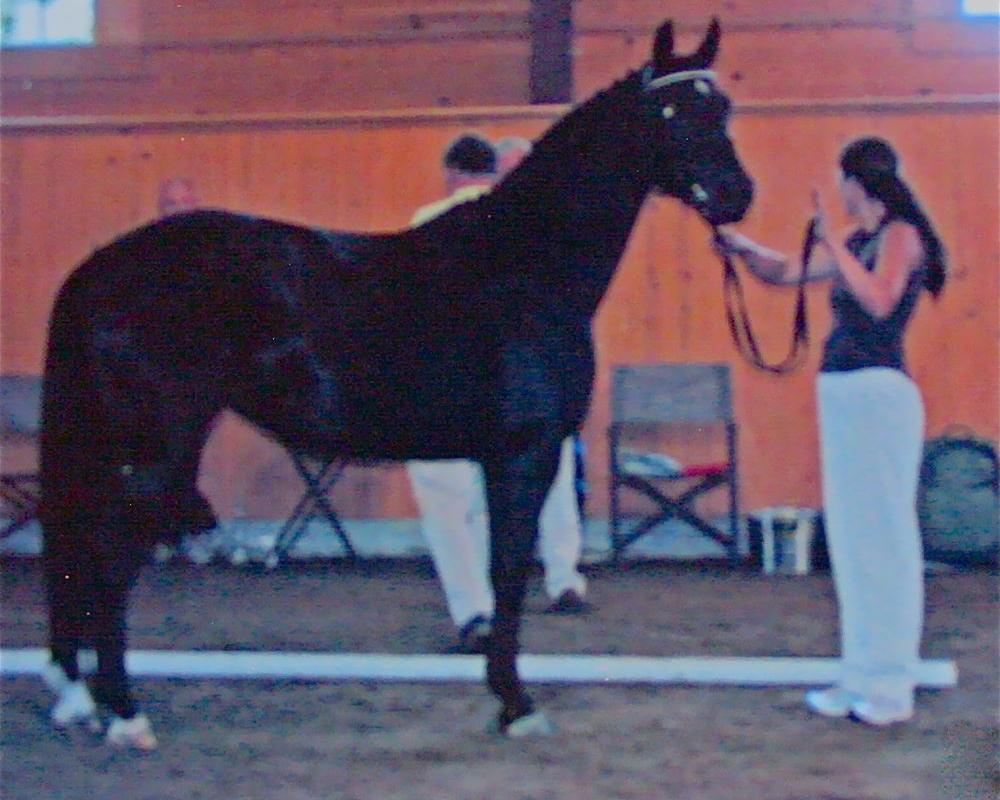 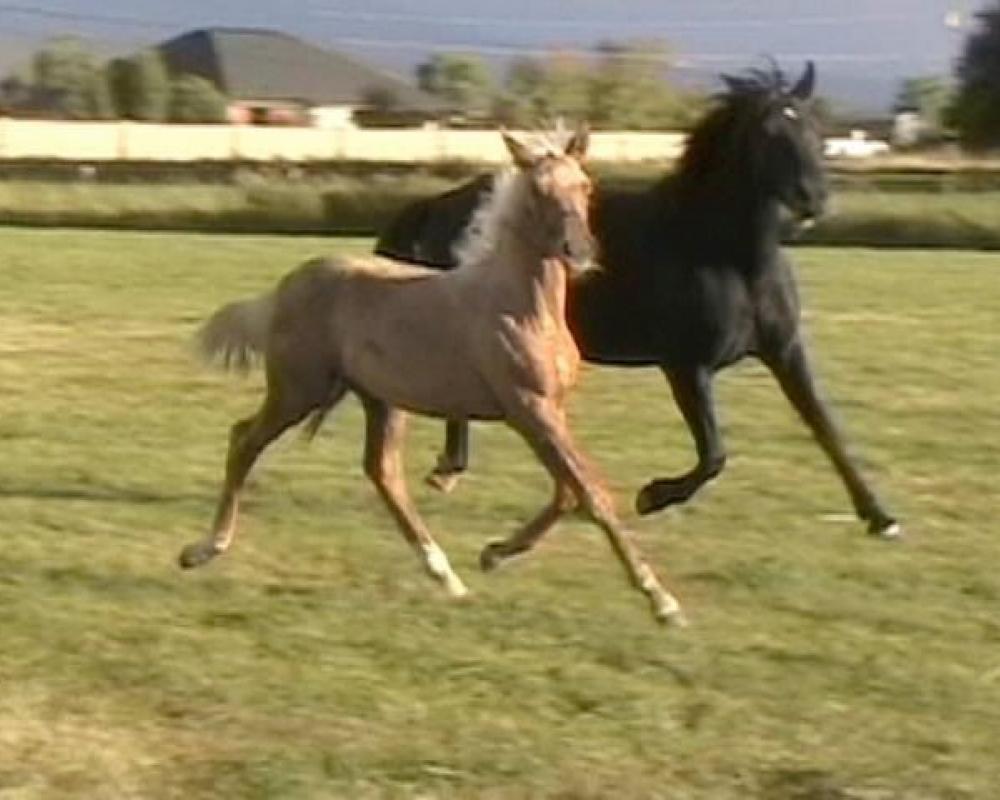 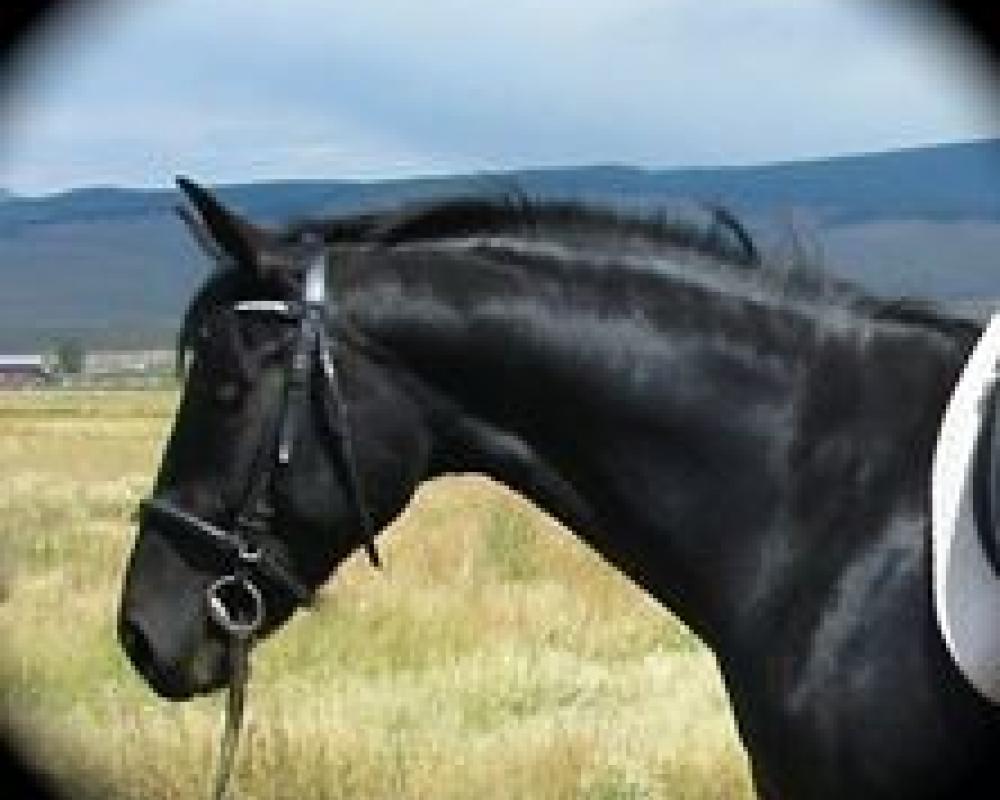 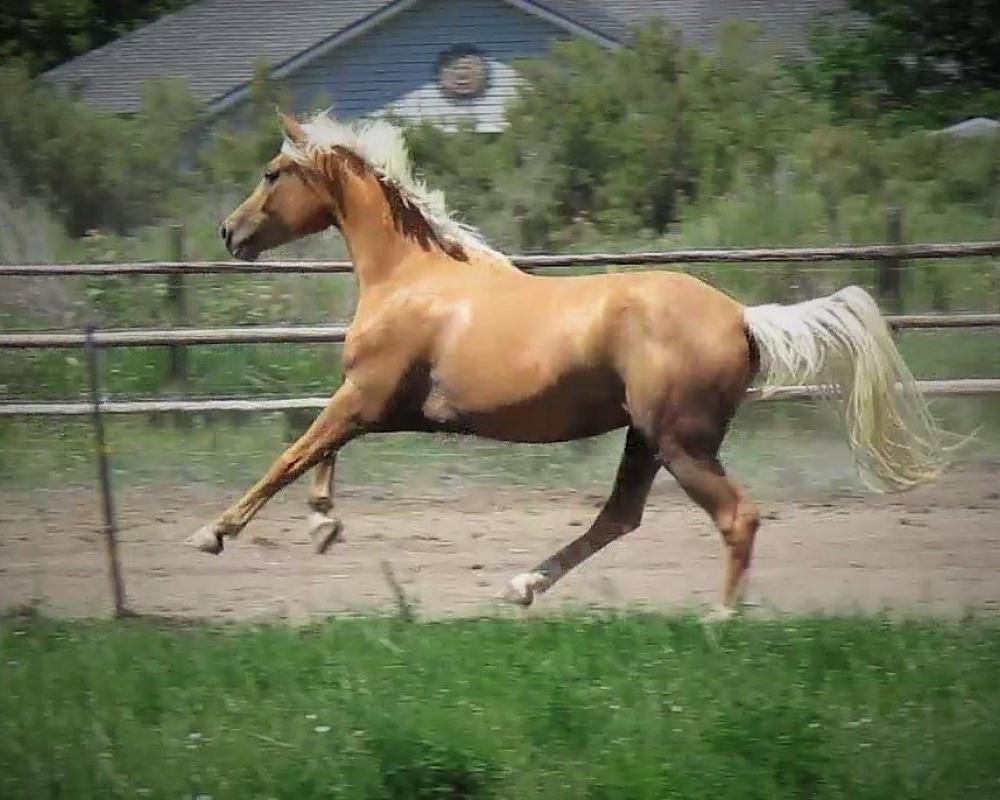 Daisy Noir became Champion of her AHS Inspection site garnering a score high enough to make her Elite Eligible. Judges comments can be heard at the end of her AHS Inspection video. Daisy Noir was trained through training level, but sustained a pasture injury with unknown prognosis. As a result she is being sold as a broodmare only. Daisy Noir has an older three quarter sister who was shown successfully by an AA rider through third level to national recognition by USDF. A professional rider was about to advance her career to FEI when she unfortunately became unsound and was retired. Other close relatives have had success in dressage and hunters/jumpers. Videos over the years can be found on YouTube by searching "Daisy Noir by Donnerwetter". Daisy Noir foaled a beautiful palomino colt on 6/1/15 by Sagar named Szhivago who is also offered for sale on this website. A picture of Szhivago as a foal with Daisy Noir is included above; as well as a picture of Szhivago at three years old. More information here https://www.facebook.com/SnowlineSportHorses/