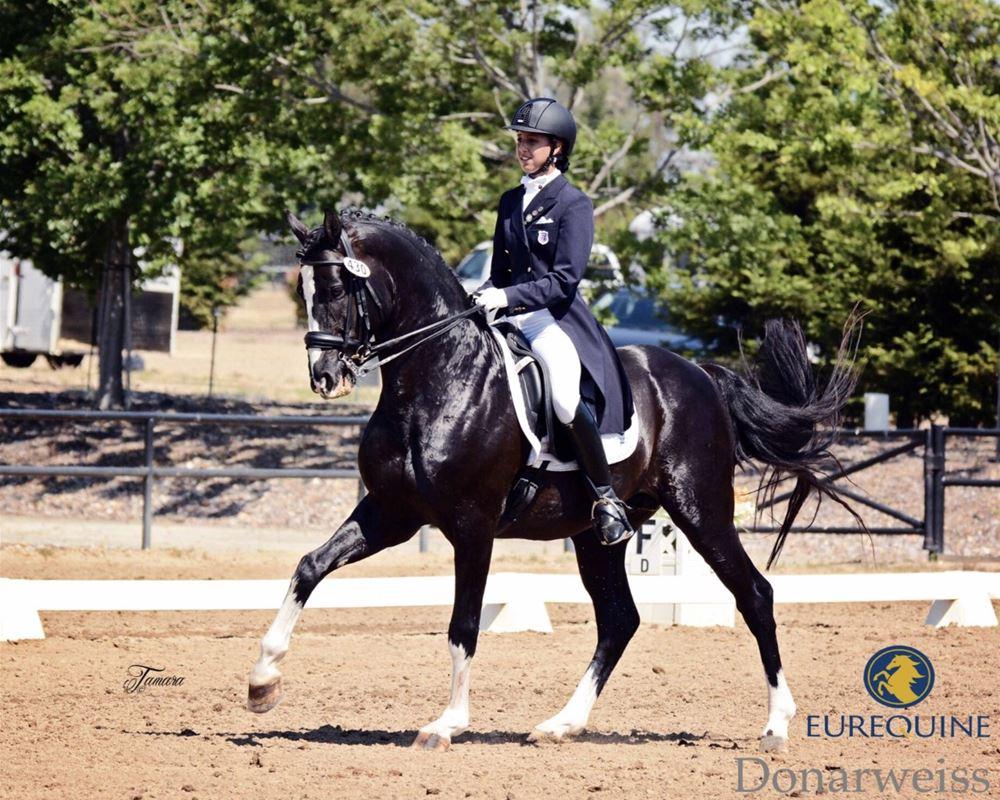 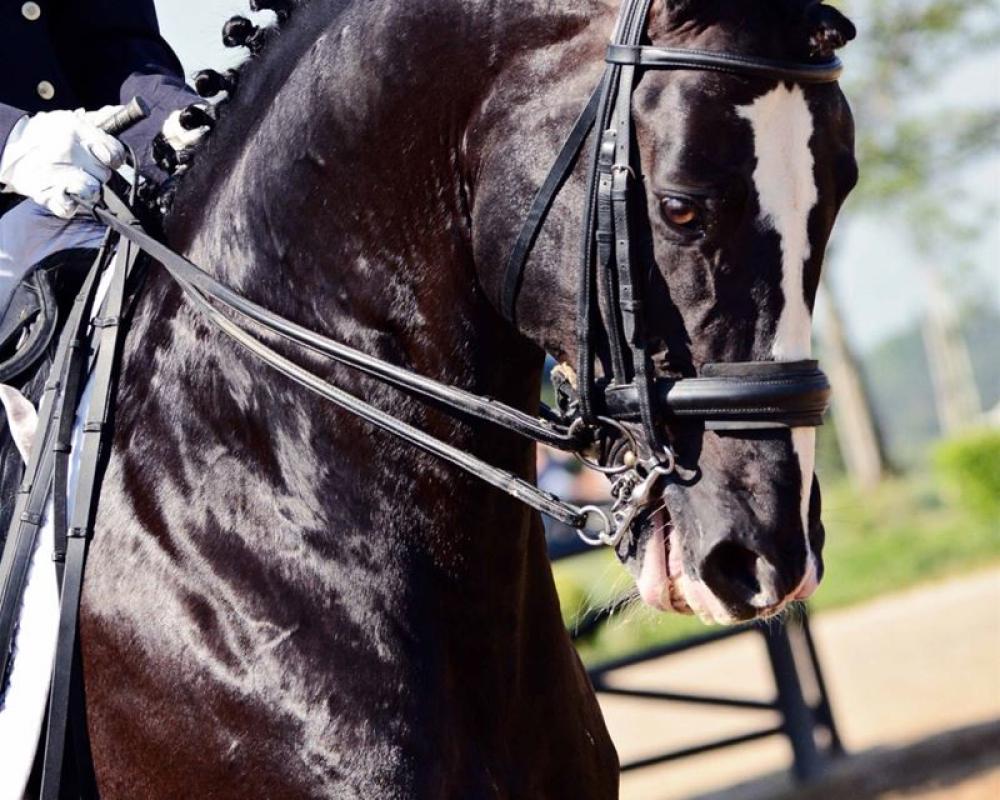 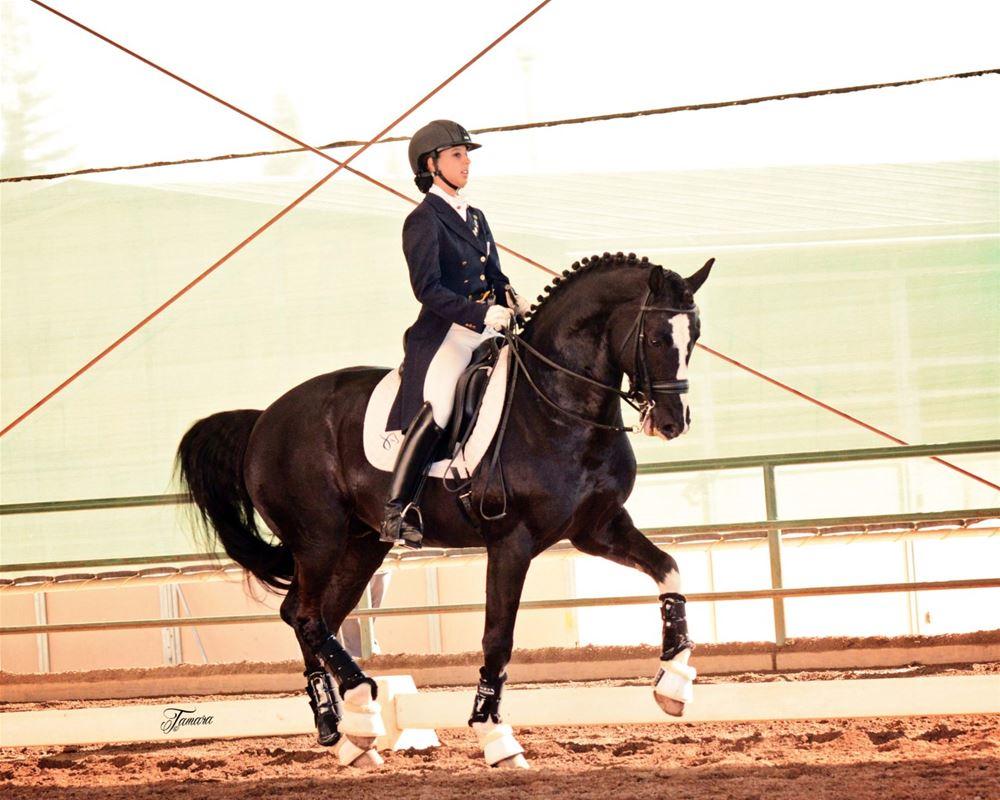 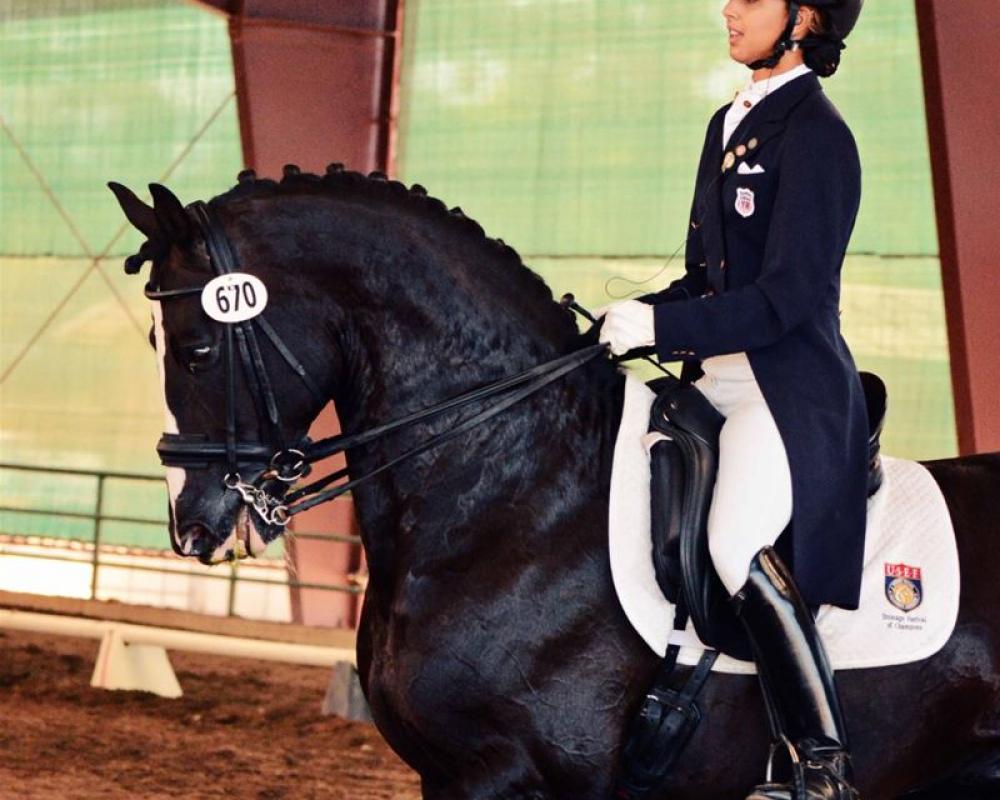 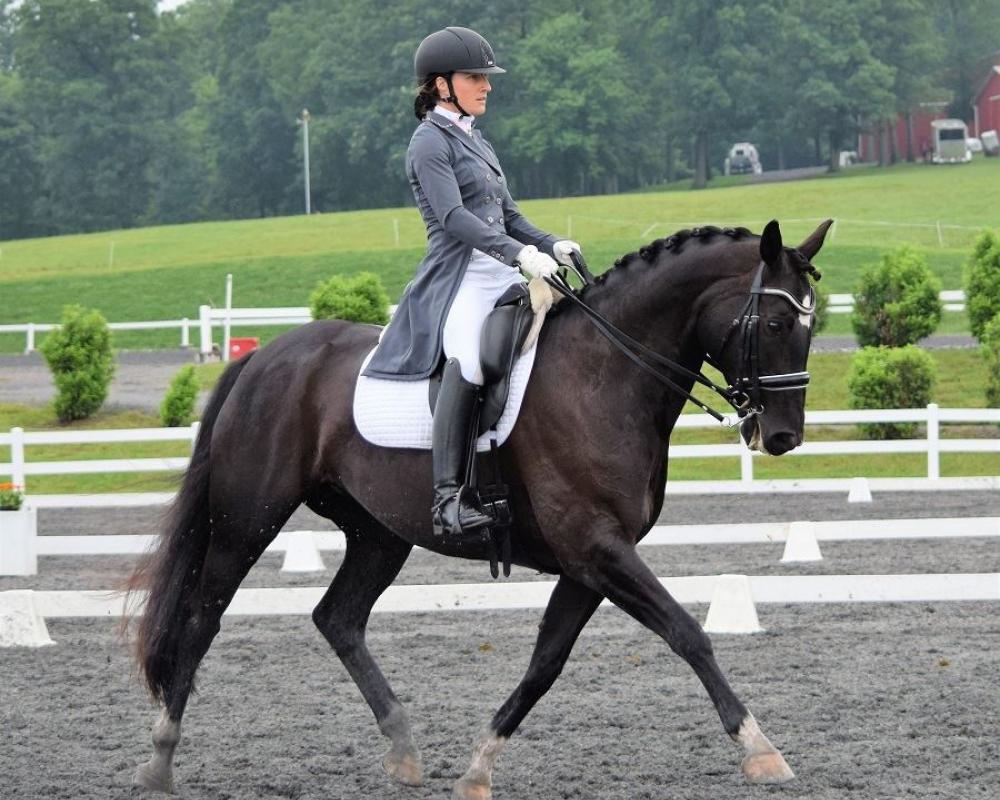 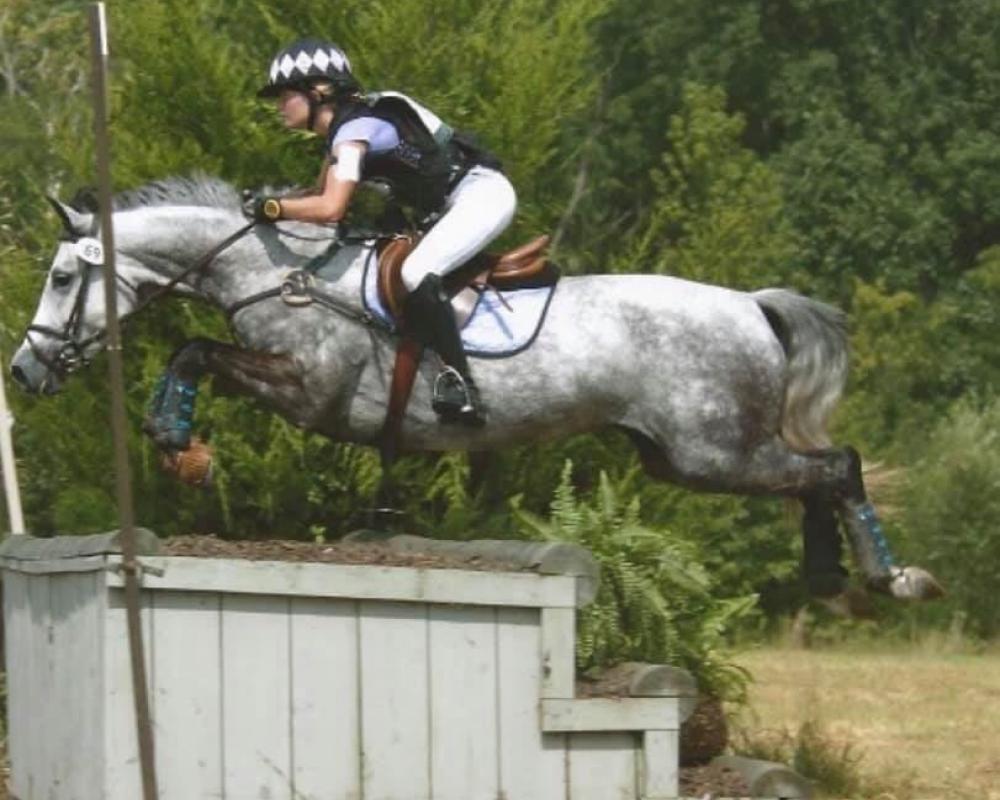 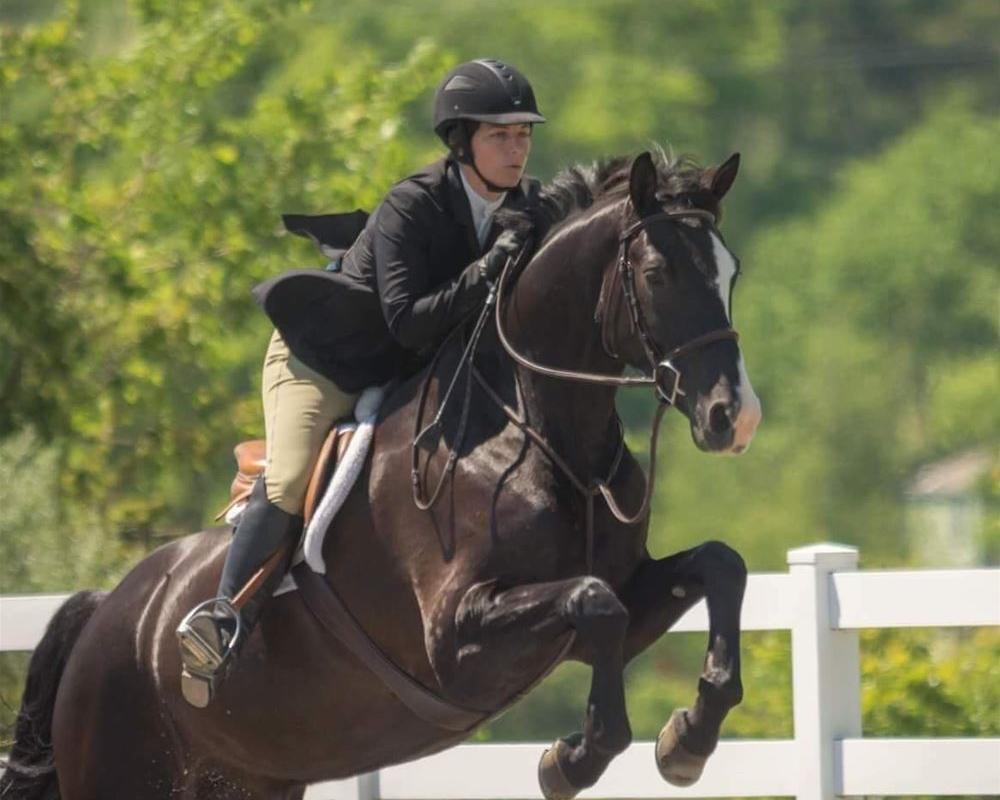 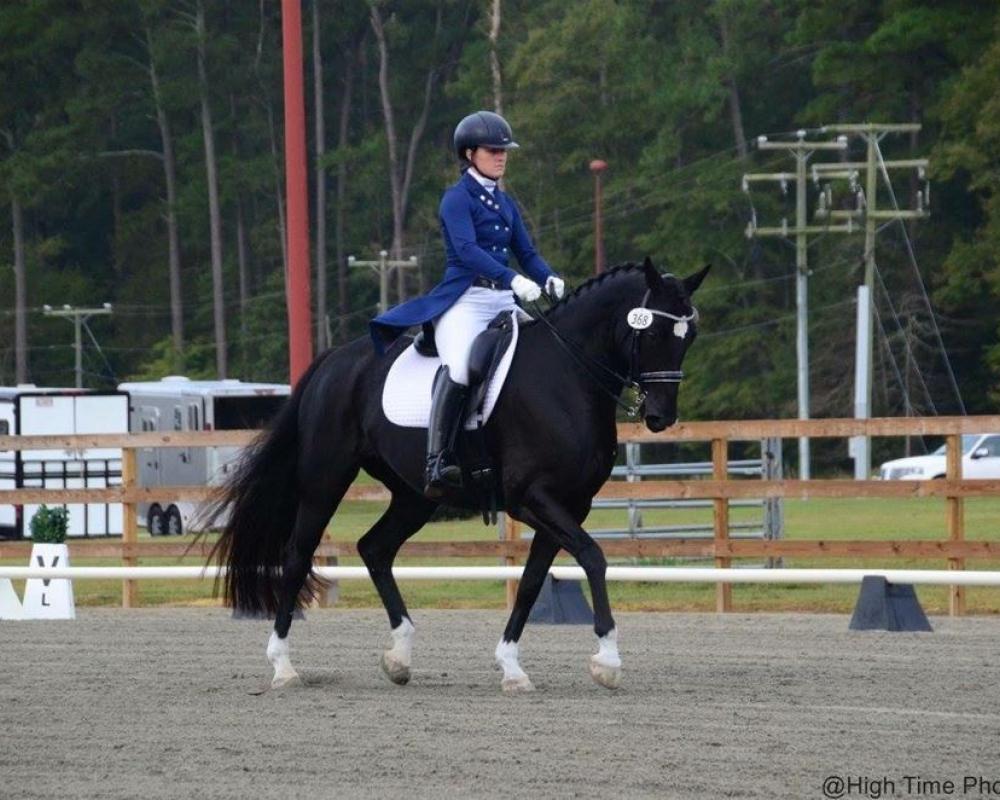 Donarweiss was champion of his 30 day test with an overall score of 8.33. He showed his versatility with individual scores of 9 for rideability and jumping technique . With Starr Vaughn Equestrian in late 2011, Donarweiss and Genay Vaughn qualified just a few months later for the U.S National Championships where they placed third in the Young Rider Division. Later that season they won the team Silver Medal at NAYRC. In 2013, the pair were Reserve National Champions in the Under 25 Grand Prix Division and won the Region 7 USDF Championships for Intermediare II Jr/ Yr. In 2015 they were one of two combinations selected to represent the United States in the Under 25 Grand Prix Division in Europe. They were the highest ranking American combination in their division in multiple European Nation Cups. In 2017 Genay and Donarweiss were members of the Under 25 Grand Prix Silver Medal Team in Florida. In 2018 Genay and Donarweiss were ranked 5th in the Open AHS/USDF Intermediate II All Breeds Awards. Donarweiss has successfully competed at Grand Prix for over nine years. His sweet character, Athleticism, trainability and incredible looks are attributes that he passes down to his offspring.

Donarweiss’s sire, De Niro was reserve champion of his performance test with 141.93. De Niro had a wonderful sport career with over 24 wins at S- level and had sired 108 State Premium mares, 25 Approved sons, and numerous FEI competitors earning him the top spot on the 2012 WBFSH Dressage Sire Ranking List.

Donarweiss’s Damsire, Hohenstein, was Reserve Champion of his Stallion Performance Test. Further back in Donarweiss’s pedigree we find Archipel, a son of 1994 Hanoverian Stallion of the Year Argentan, which brings additional scope and jumping ability.

Donarweiss offspring are consistently impressive; He produced a great number of inspection champions, Premium Mares and a licensed son. Donarweiss was 2015 NEDA Futurity stallion of the year. Grand Prix performer Donatella was 2018 AHS All Breeds awards I-2 champion, Donarzen GGF is the 2018 current year colt USDF HOY, Donarshaun GGF USDF finals Champion AHS young colt. Donarweiss offspring are now proving themselves under saddle at both Dressage and Hunter Jumper competitions. Several are showing at 4th level through Grand Prix. If you are looking for great character, show stopping looks, and unbelievable athletic ability, Donarweiss will not disappoint. WFFS negative.