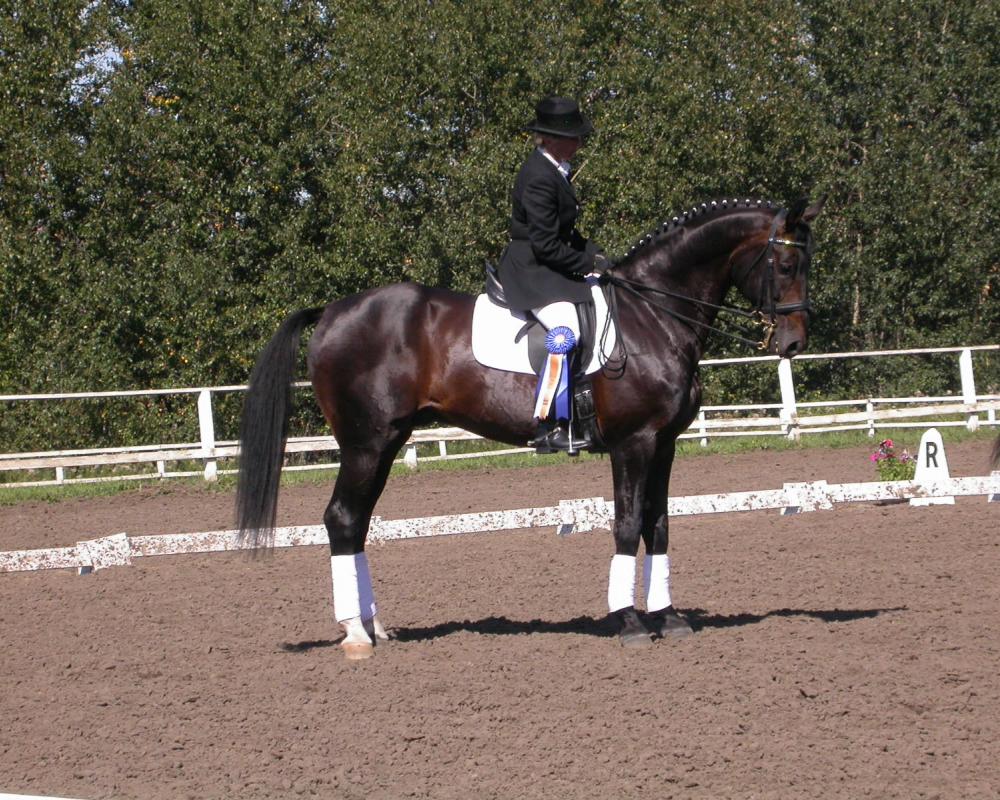 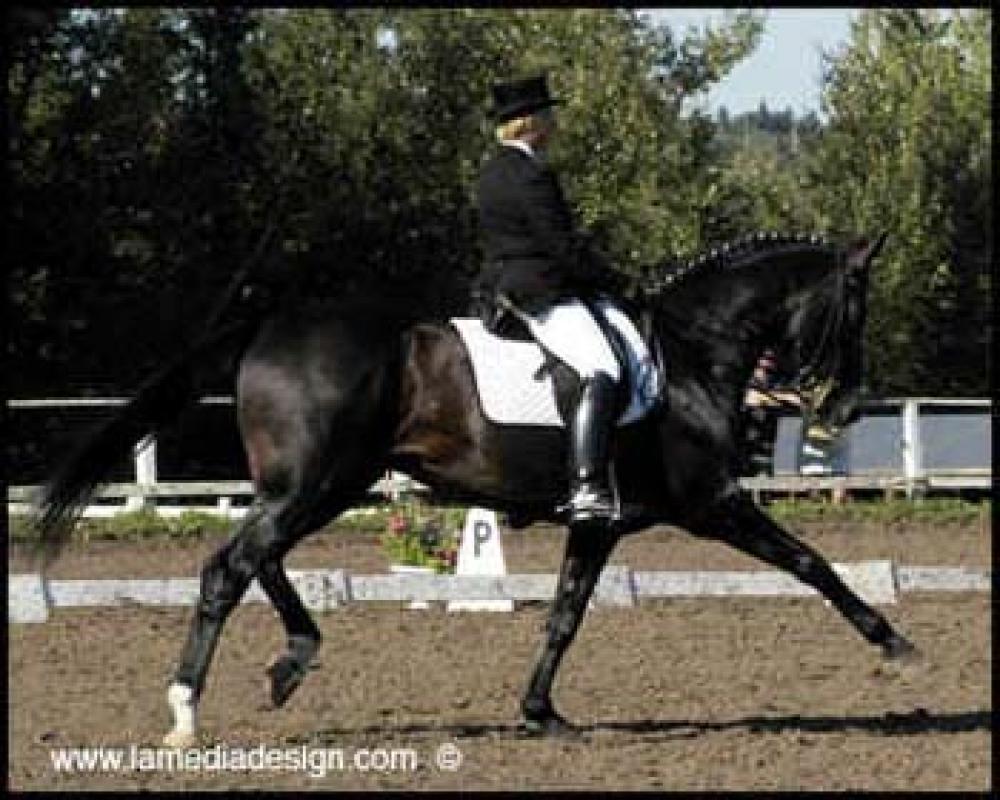 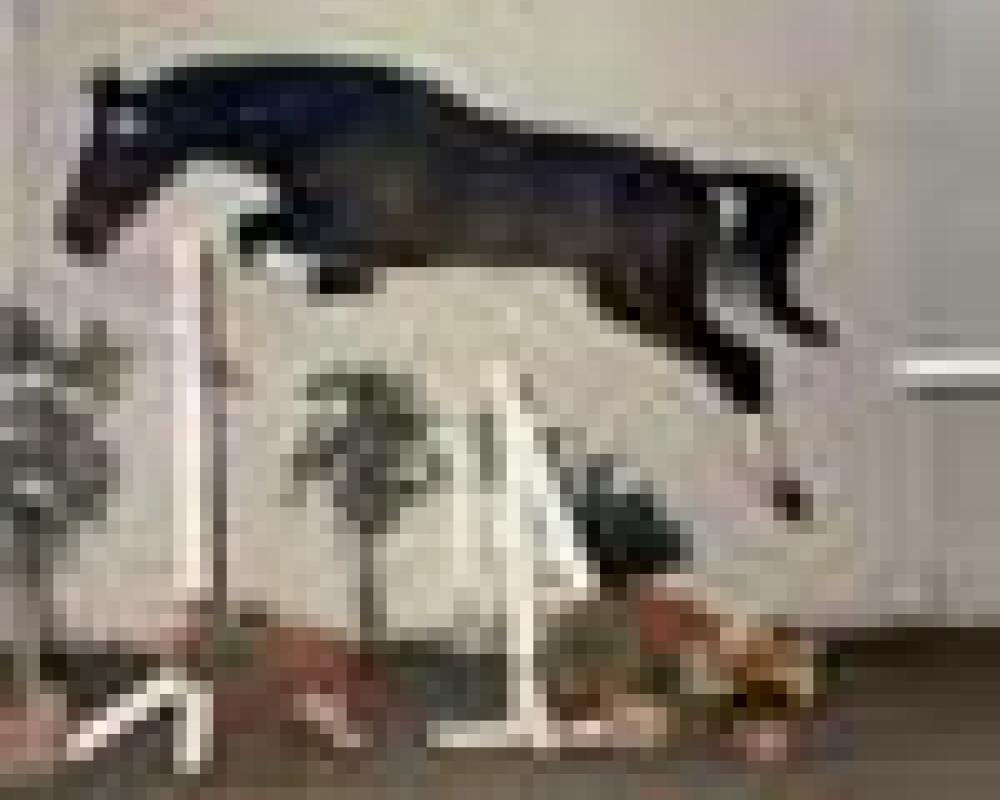 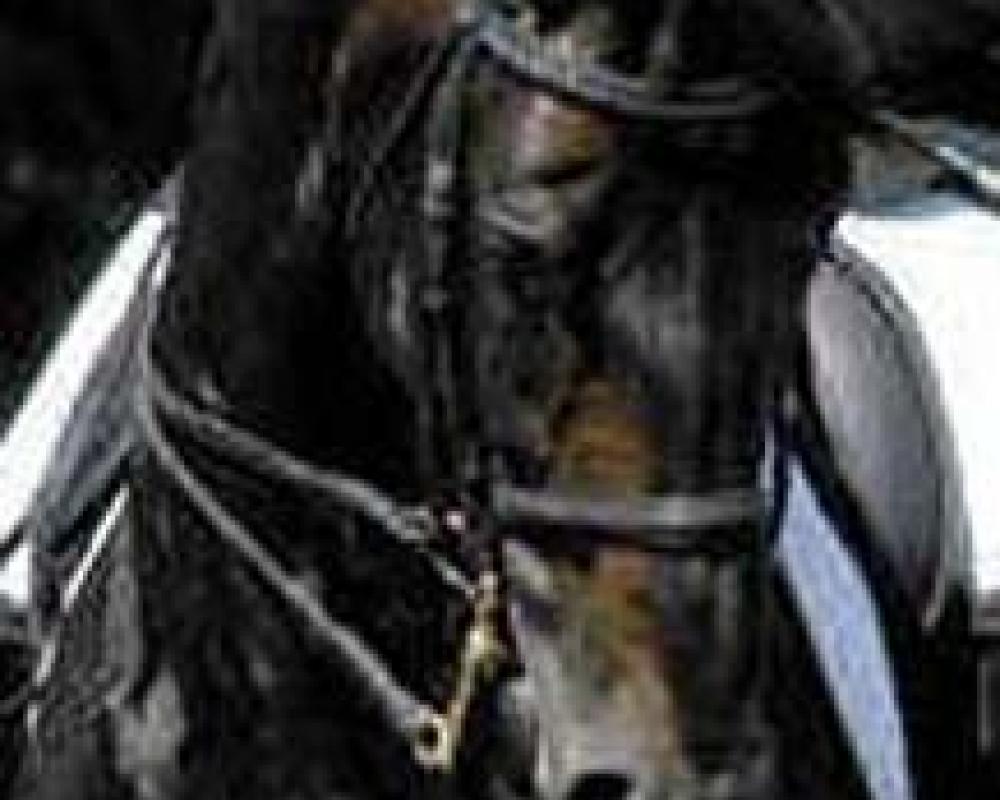 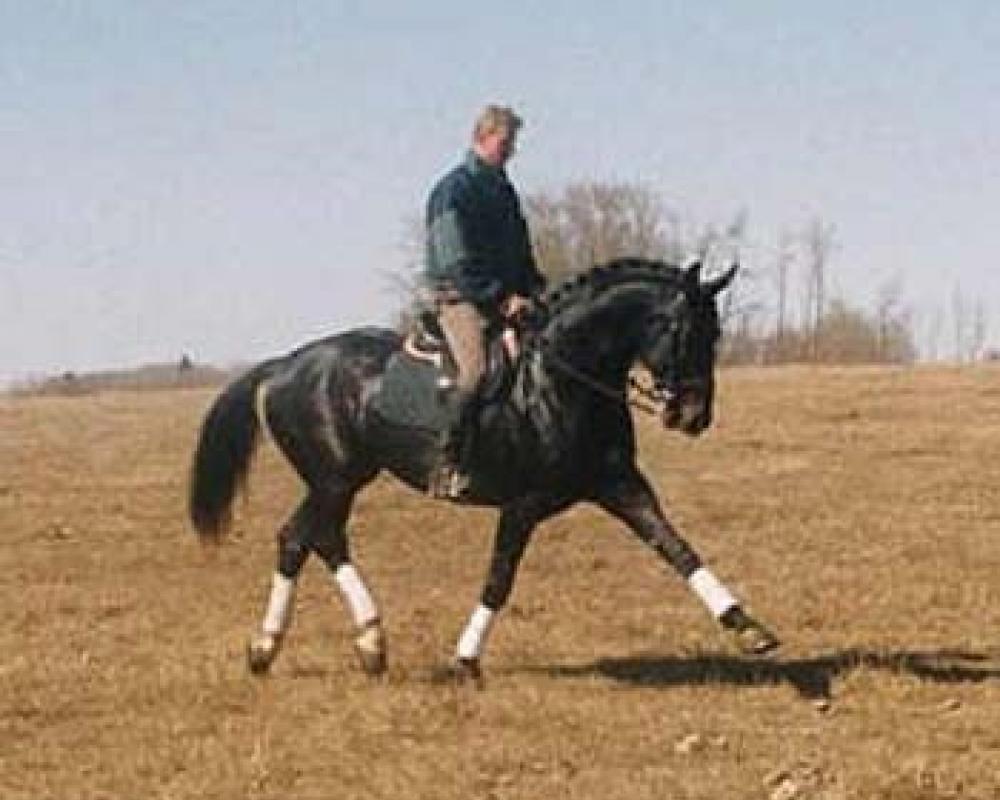 Bringing back the longevity of Old Bloodlines!

Donner Bube is an excellent example of the "magic" DONNERHALL - PIK BUBE I cross that has resulted in super athletes in both Dressage and Jumping. DONNERHALL was a top dressage competitor, winning medals in World and European Championships, Horse of the Year honors and acclaim as a sire, - considered by many to be the best Dressage Stallion of the 20th century! DONNERHALL's sons have won Oldenburg stallion performance tests and Federal Riding Horse Championships. Of the 51 horses in the 2012 Olympics, 12 have him featured in their pedigree. DONNER BUBE's dam line is just as strong as his sire line. PIK BUBE I is a top sire of jumpers, dressage, approved sons, and Main Studbook mares. GRUNDSTEIN I has sired jumpers and dressage mounts, as well as numerous approved sons. The third dam, ALINDA is also the dam of the KWPN influence, PURIOSO. DONNER BUBE won his performance test with 8s and 9s, was shown successfully in Europe and North America as a jumper, and then went on to compete up to medium (training a Prix St. Georges) in Dressage, proving that he has the talent to be competitive in the upper levels of that sport as well - just as his lineage indicates.

DONNER BUBE pedigree has the versatility to provide a unique opportunity for breeders no matter what type of sport horse they want to produce. The results speak for themselves - he has offspring winning in equine competitions in all events - Dressage, Jumping, Hunter, 3-day Eventing and Combined Driving.

jwequine.com has articles on the strength DONNER BUBE bloodlines bring to Canadian sport horse and more information is availible at: www.donnerbube.ca/Pedigree.pdf

Also approved in Canada as a Canadian Warmblood and Oldenburg Verband

Roxy Bell has not only been a horse breeder for over 20 years, but she's also a renowned equine veterinarian of 40+ years. Specializing in reproduction, she's taken her expertise into breeding quality mares with frozen semen from around the world. This, as well as offspring from the standing stallion at DR Ranching - Donner Bube by Donnerhall, produces a lineage of quality warmblood sport horses.
Email Seller Now
Visit Seller Website
More Horses From Seller