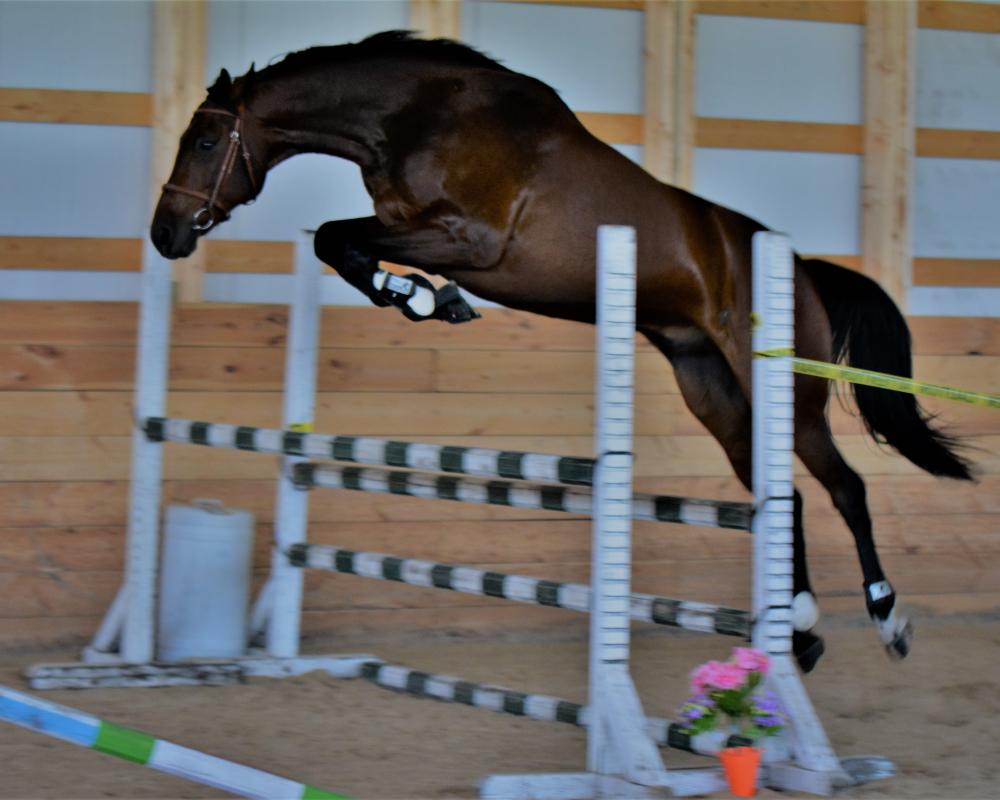 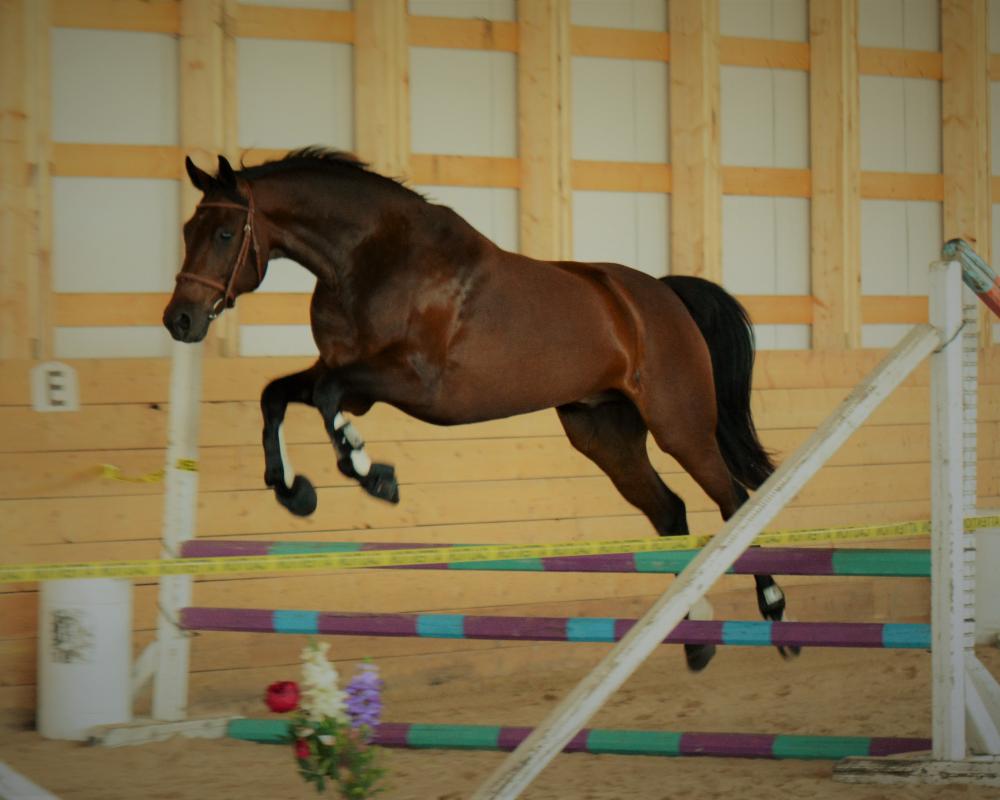 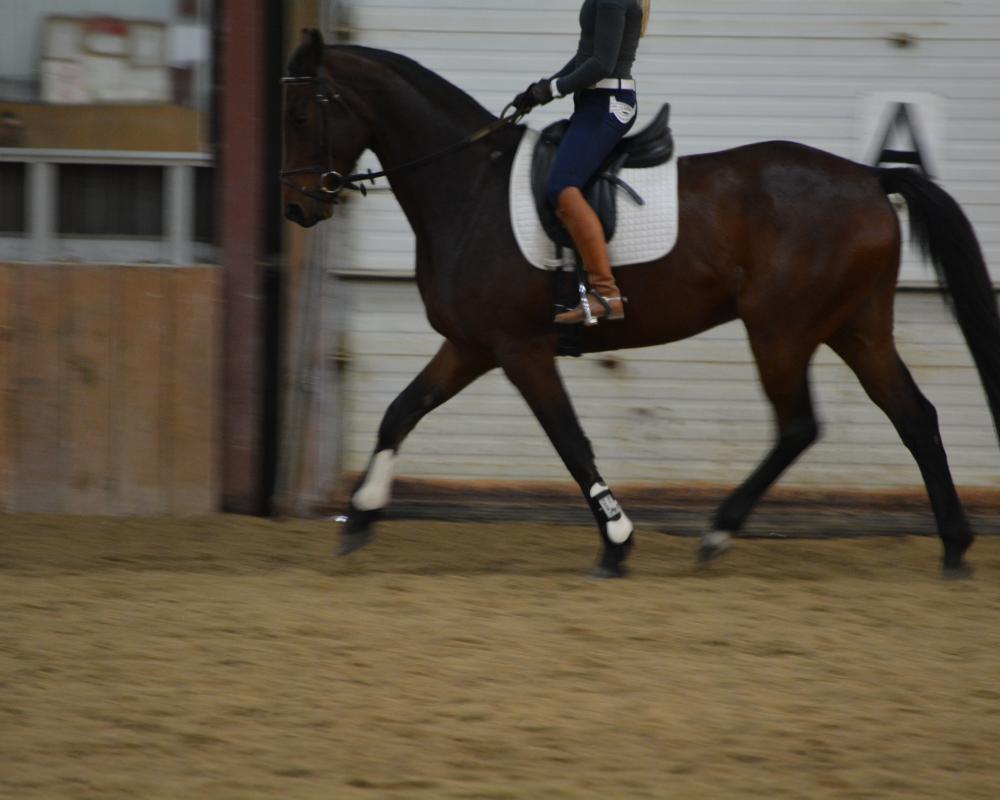 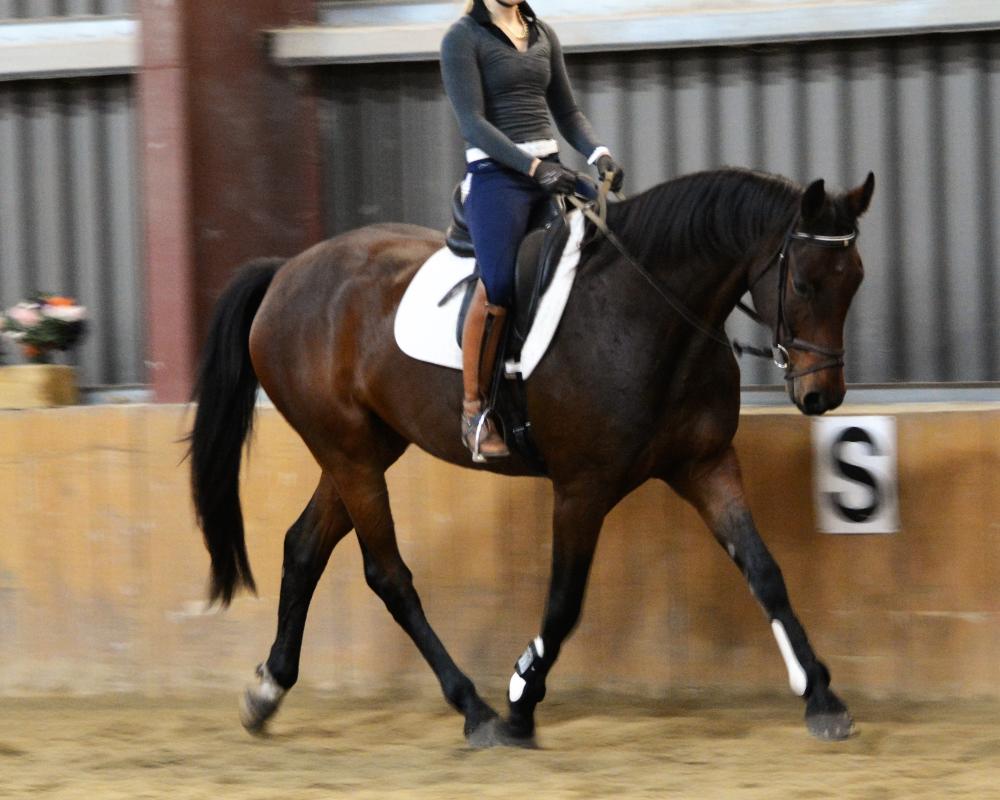 Price Reduced:
Eddie Murphy MHS is a handsome bay 16.2 HH Gelding looking for someone to take him to shows

His sire Escudo II, made the German top lists for` jumpers` and` riding horse type`, he was a people horse. Eddie Murphy MHS follows well in his father's footsteps. Escudo II produced 10 licensed sons and several showjumpers up to GP level. Escudo II passed in 2014. https://hanoverian.org/news/in-passing/es-escudo-ii-1992-2014/ Escudo II is a half brother to E.T. FRH (both were sired by Espri)

On his Dam side, Autocrat was known for his elastic supple movements, he completed the 300-Day Test at Adelheidsdorf, ranking 14th out of 50 stallions. Autocrat has sired many successful hunters. https://www.canadianwarmbloods.com/stalliondetail.php?horseid=1000012

We are a small Hanoverian breeder in Manitoba. We imported two Hanoverian mares from Germany and have been breeding for over 30 years. We raise our foals from birth until they are ready for their careers in dressage, hunter, jumper and eventing. We work closely with the German and Canadian Hanoverian clubs, as well as the stallion owners to make sure the mare and stallion are a good fit.
Email Seller Now
Visit Seller Website
More Horses From Seller