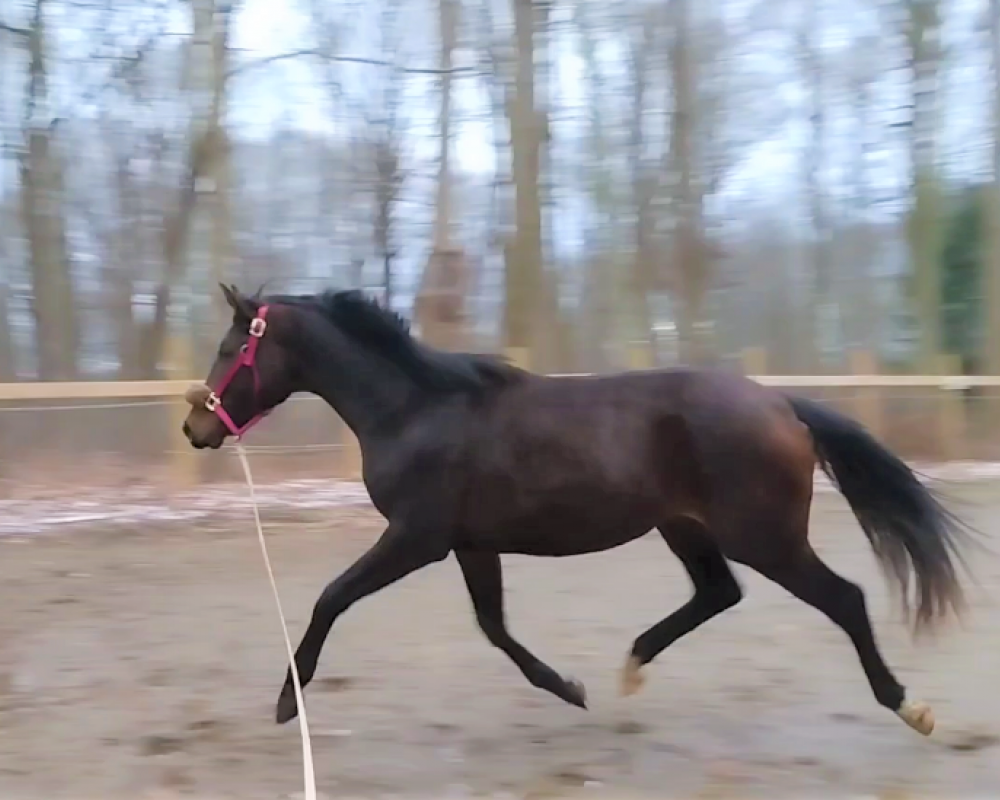 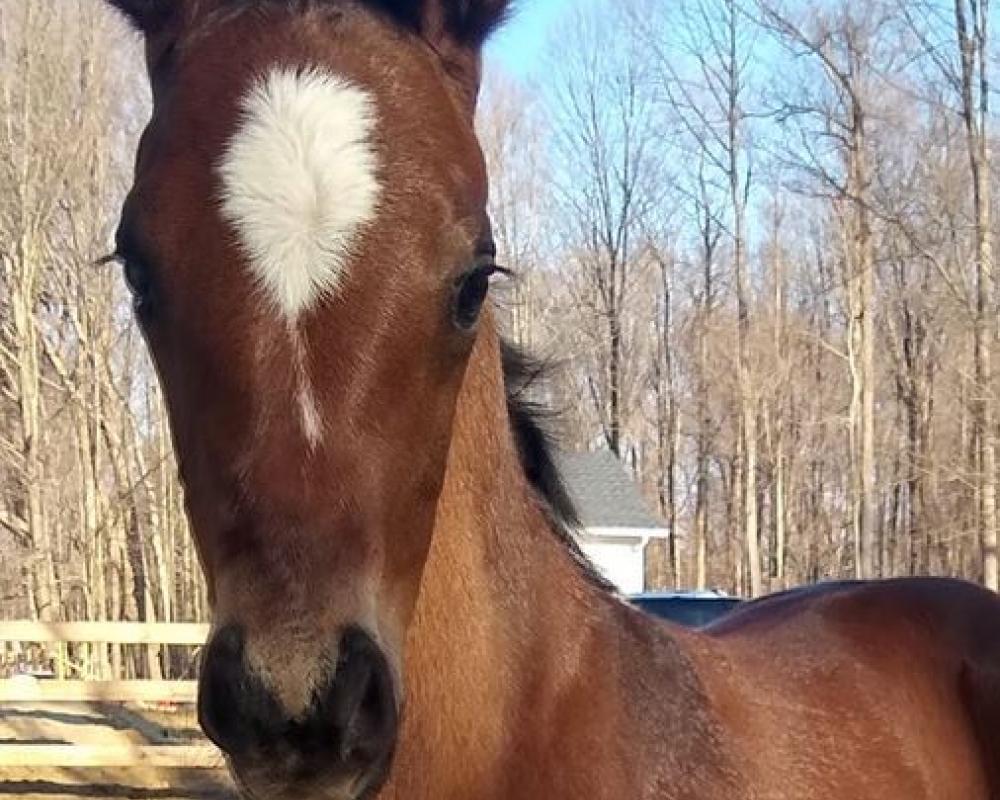 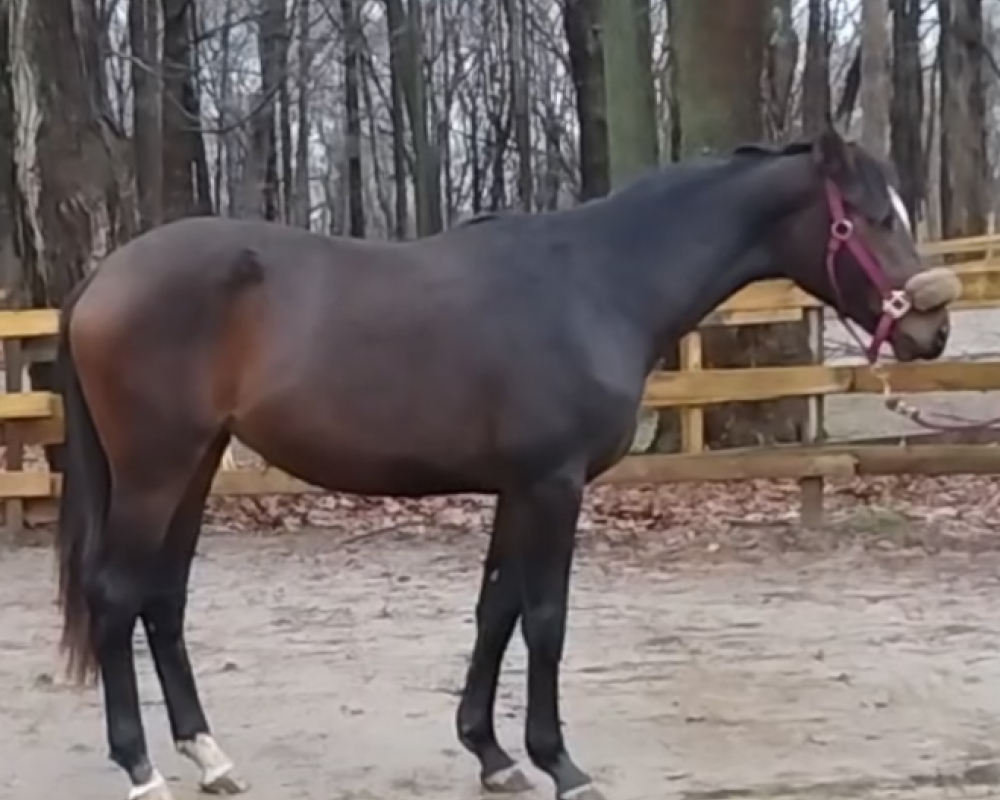 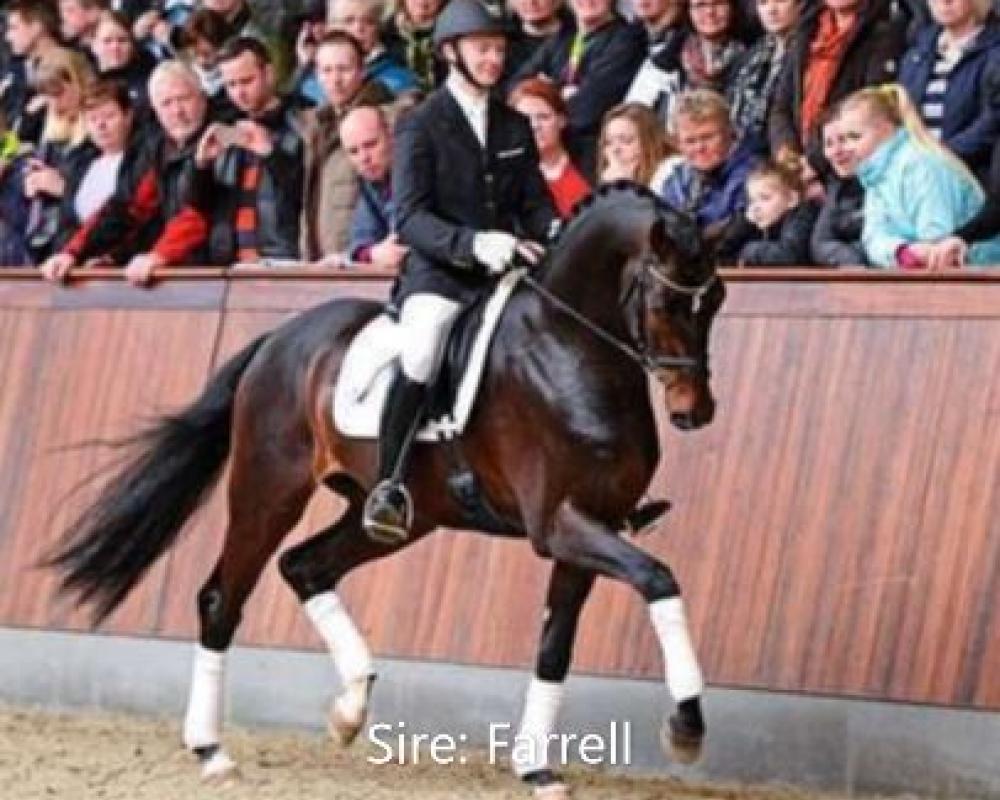 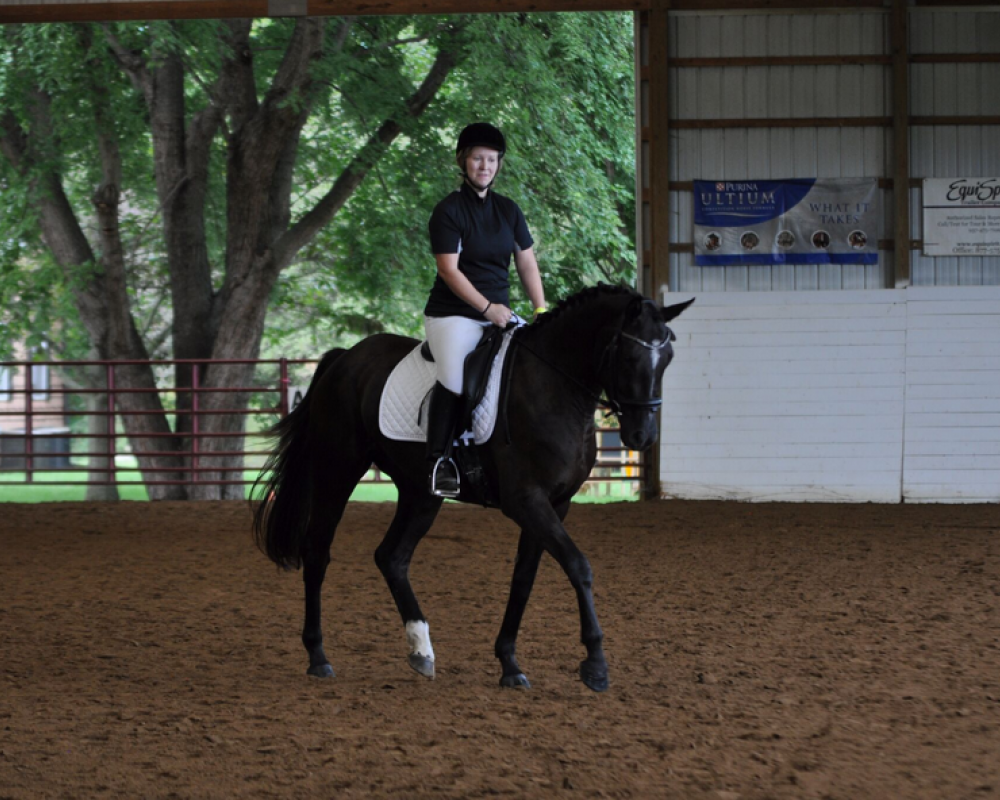 **The sire Blue Hors Farrell is an up and coming stallion in Europe, producing talented dressage offspring.
This filly is a future dressage star!

Per US Hanoverian society, she is the first foal to be registered in the US by exciting European based stallion Blue Hors Farrell, who is producer of type, movement and rideability. I chose this stallion for the already excellent premium eligible mare Ria G to improve shoulder freedom, and movement especially in trot. The result is exactly as expected. Fortuna is very well moving and balanced filly with strong topline. She has been easy to handle, and very friendly since birth. She has good ground manners, has already trailered a few times without issues and behaved well in new places. She is 15.3hh in March 2022 (at 2 years), so I would expect her to end up in the 16.2hh range

Fortuna comes with lifetime USEF, and US Hanoverian registration, and she is microchipped. She has grown at home farm with four other horses, been handled daily and is the most affectionate horse in the farm.
In March 2022 she had hock OCD surgery, which went well, and she has no limitations. We also x-rayed stifles and there were no findings.

Her dam Ria G is a premium eligible Hanoverian mare, by GP dressage winner Rubignon. She has amateur friendly disposition and was easy to back as three year old.

Fortuna's sire Blue Hors Farrell was purchased as a premium stallion at the Hannoveraner Verband's 2013 licensing for EUR 400.000. He passed his 35-day test with 856.5 points, including 9 for trot and 9.5 in rideability. As a 6-year-old, Farrell achieved a stellar 90.4 in qualifying for the DRF's dressage championship.
In 2019 Farrell was taking top placings in MA and Prix St. Georges, with 72.807% to victory in Prix St. Georges. He is going to compete at highest levels of dressage.

As a sire, Farrell has already shown that he produces offspring that will shape the future in both sports and breeding. At Blue Horse's Dressage Championship, 6 of the 8 finalists were by Farrell, with Farrell offspring subsequently taking both 1st and 2nd place.

This success was topped with the formidable mare Grevens Fakina, who was awarded the breeder's medal in gold and was named Mare of the Year 2018 at the Danish Warmblood's Elite Show, where three more Farrell daughters were also awarded breeder's medals. He also has 7 licensed sons.