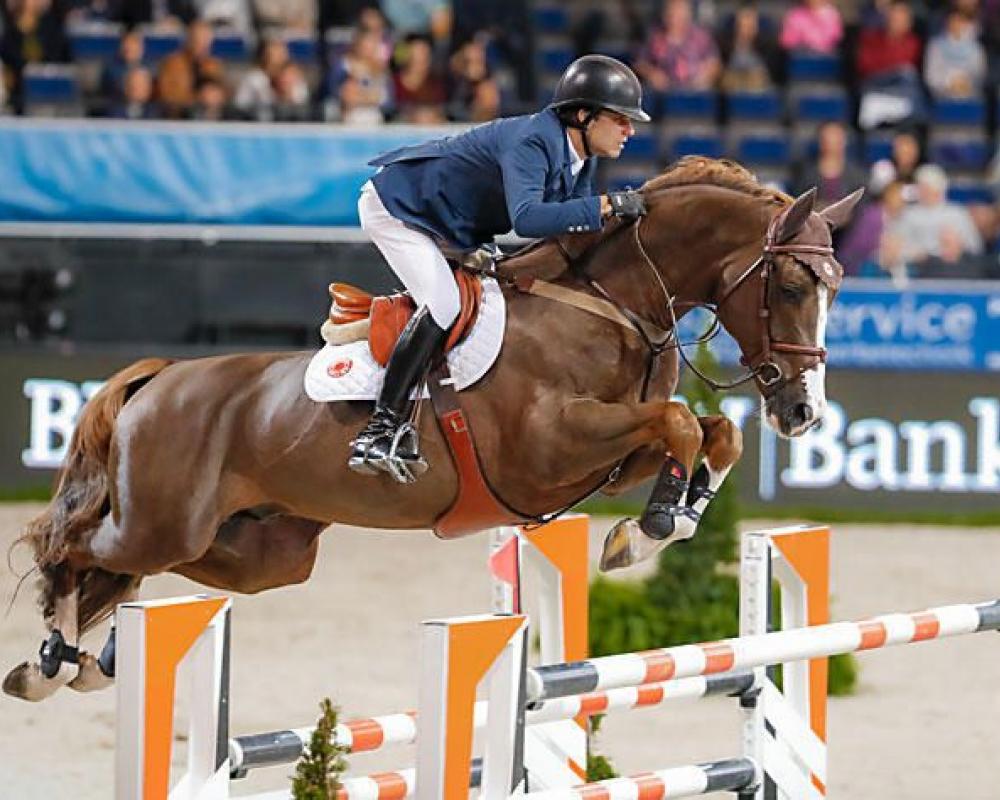 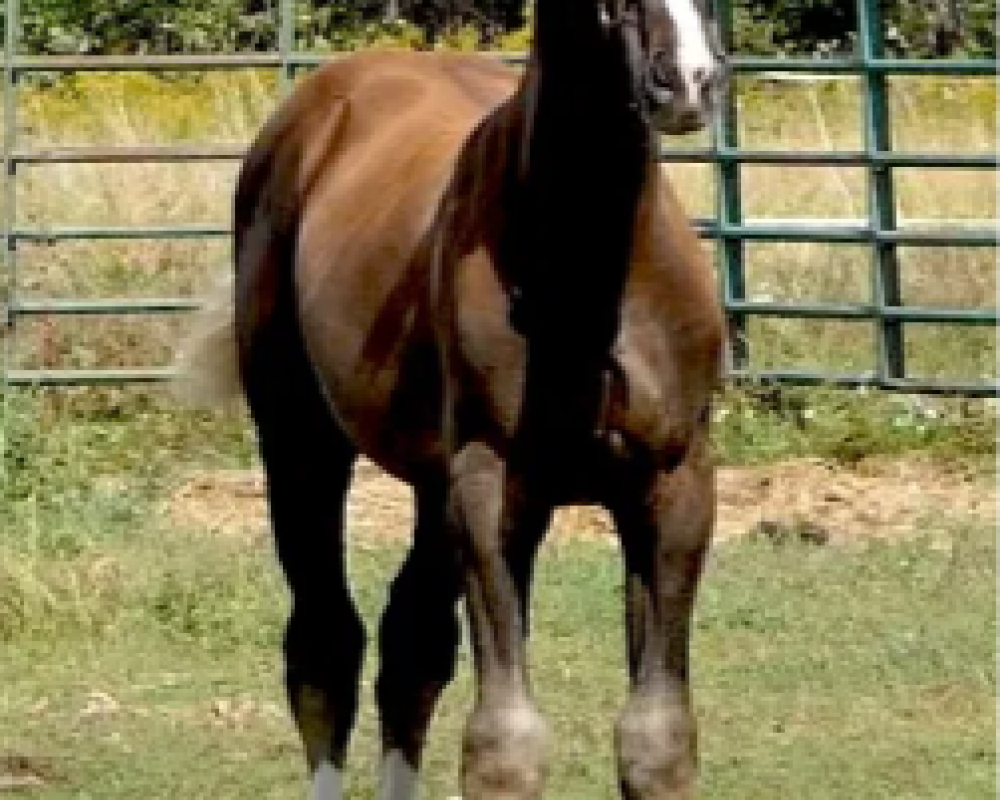 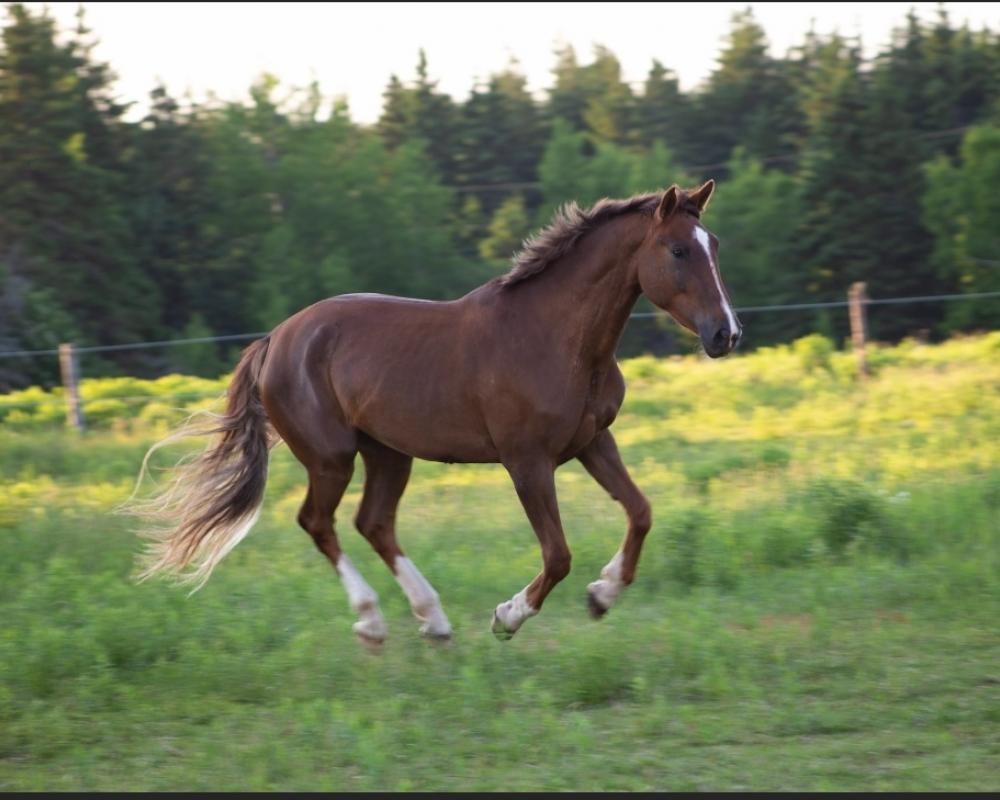 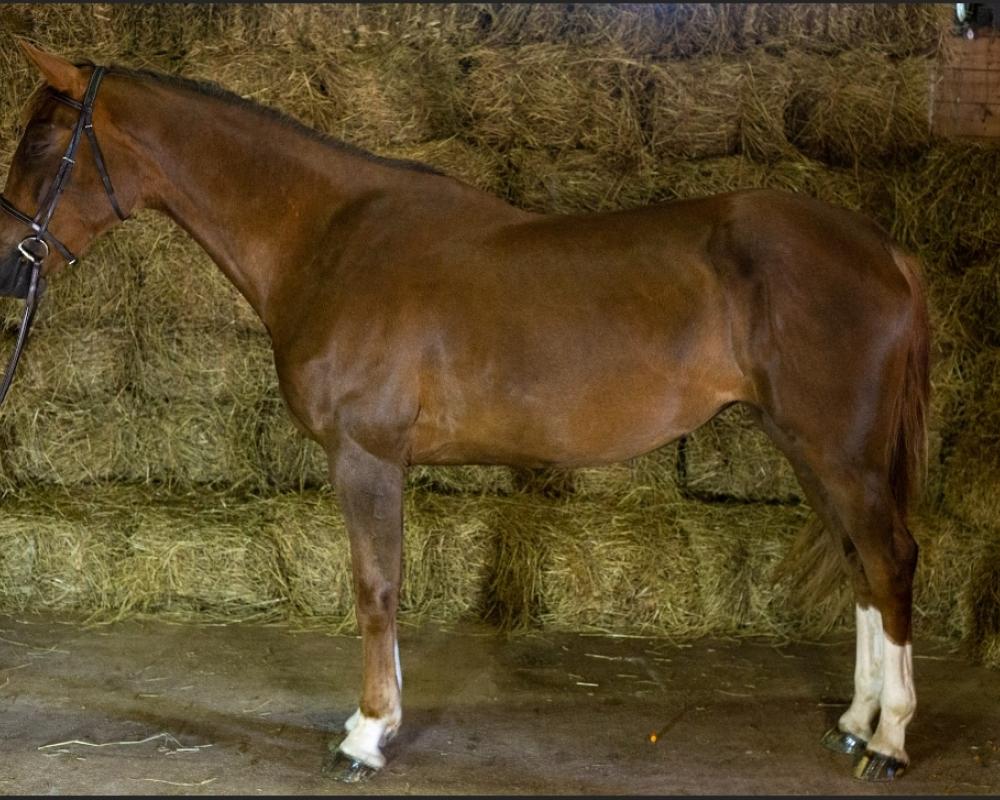 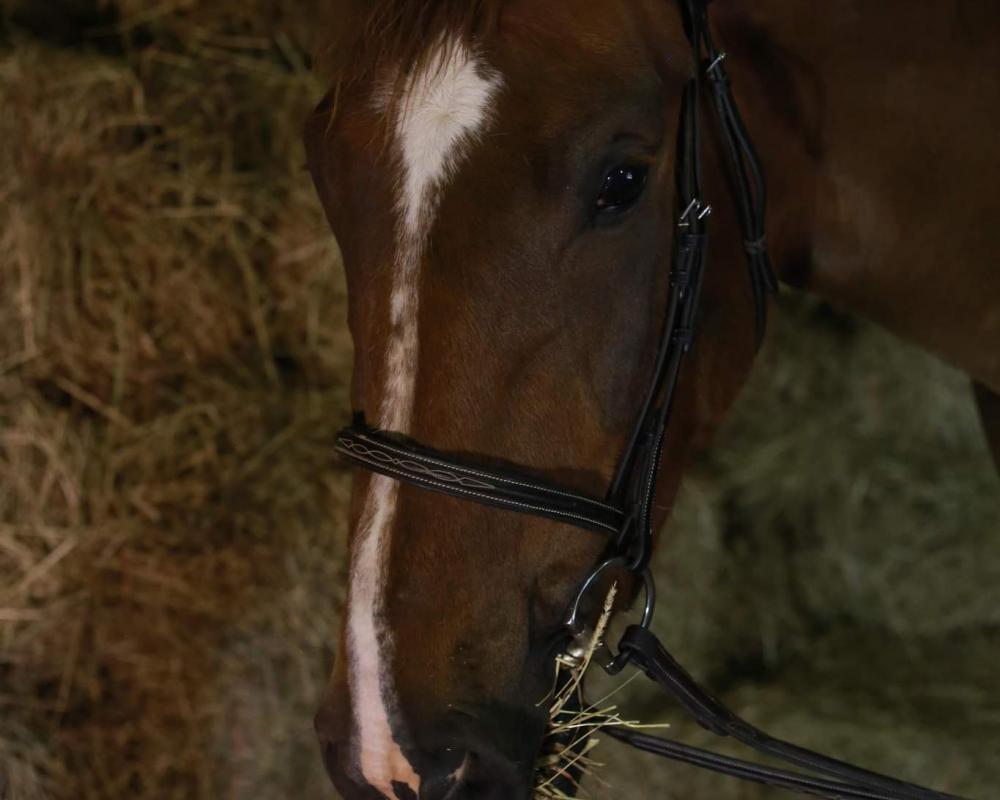 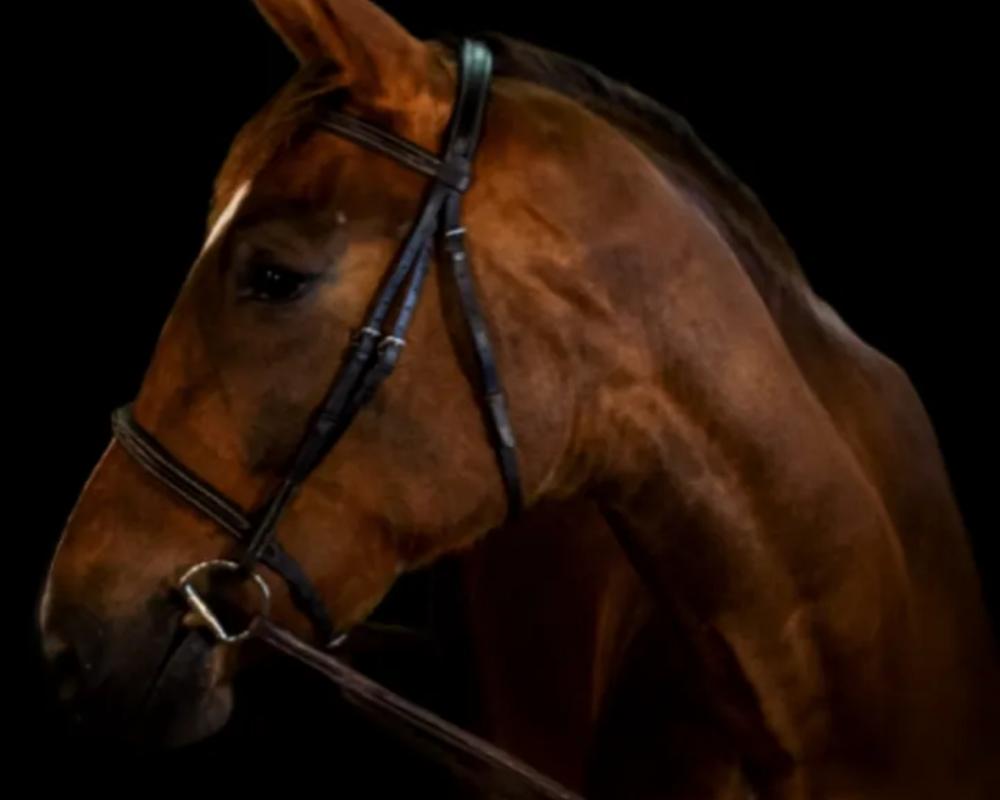 A doppelganger of her sire, Quabri de l'Isle.

Make an offer- this is currently a motivated sale in the lower-mid 5s Canadian due to the busy time of year for the owner and is a fantastic opportunity for the right person!! Consideration given to the "perfect" home for a quick and uncomplicated transaction. Price subject to increase again as more time becomes available to further training. Freyja is still handled multiple times a day during this busy period to help her retain what she has learned so far. We kindly ask for serious and ready-to-buy inquiries only.

ABOUT FREYJA:
Freyja has been handled daily with exceptional care and an attention to detail, acquired through providing care for at the top of international sport, since birth. She has real "3 ring potential" and her hack winning movement, substance, looks, and pedigree make her a prospect for the top of the sport in the hunter, jumper, or equitation rings. She carries Quabri's balanced canter, adjusts her stride and her leads in lovely rhythm, and is an excellent contender for the Cup classes at RAWF 2022. Freyja is curious and enjoys taking in the world around her. She thrives in a sensitive and confident environment and will soon be ready to start work under saddle. Freyja leads, ties, loads, clips, worms, and stands well. Patience and a sense of humour bring out the best in her and she LOVES praise for her efforts. Freyja isn't "mare-ish", is barefoot with great feet, UTD, and has no vices.

Her pedigree also makes her a lovely consideration for addition to a breeding program.

PEDIGREE:
Freyja is the doppelganger in looks, movement, and temperament of her stunning sire Quabri de l'Isle. Not only is Quabri de I'Isle a son of Kannan, but he also has a highly sought after dam line. He competed at the highest level for several years and was retired sound and healthy following the Tokyo Olympics.

Highlights in Quabri's career include winning the 2016 Grand Prix CSI 5* in Geneva, participating in the World Equestrian Games of Normandy and taking fifth place with the team of Brazil, winning the 2015 Calgary Nations cup with a double-clear and coming third at the Calgary CSIO Grand Prix. At the Pan American games Quabri came in fifth in the individual and obtained another double-clear at the CSIO Nations Cup of La Baule and Rotterdam.

Quabri de L'Isle also competed at the Rio Olympics and finished fifth with Team Brazil and 16th place individually. 2018 was another busy and successful season for this stallion. Ridden by Pedro Veniss, they conquered what was a triple clear round and finished in third place at the Grand Prix in Aachen in 2018. The pair also placed 24th out of 124 horses at the FEI World Equestrian Games in Tryon, NC in 2019. Also in 2019, Quabri and Pedro finished 6th in the CSIO5* Calgary 1.60 m.

Freyja's dam is correct, earning Premium at her inspection, shows solid form in the chute, and has also produced a lovely up and coming colt by Hickstead White.

After being Champion of his stallion test, Indoctro went on to a successful jumping career with Ulrich Kirchhoff.

Indoctro has been such a success as a sire for the KWPN studbook, that at the age of 16 he received the title: ‘Preferent’. All over the world Indoctro has produced winners at Grand Prix and World Cup level. In August 2021, hippomundo records the staggering total of 124 of his progeny that have competed at 1.60!