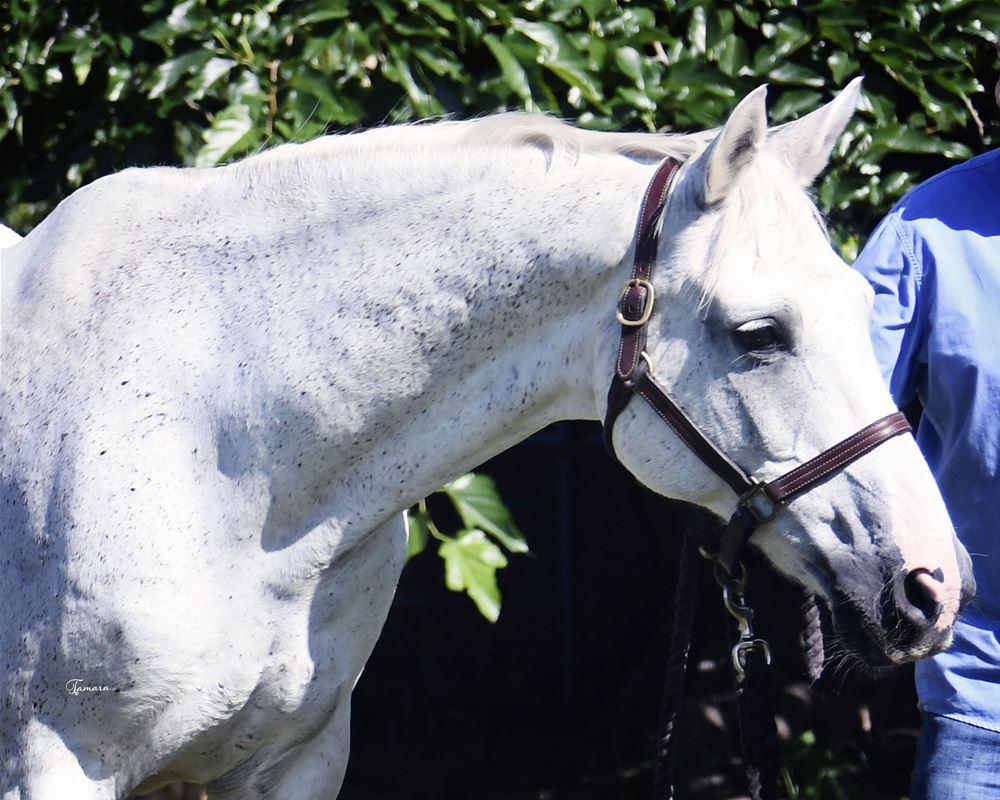 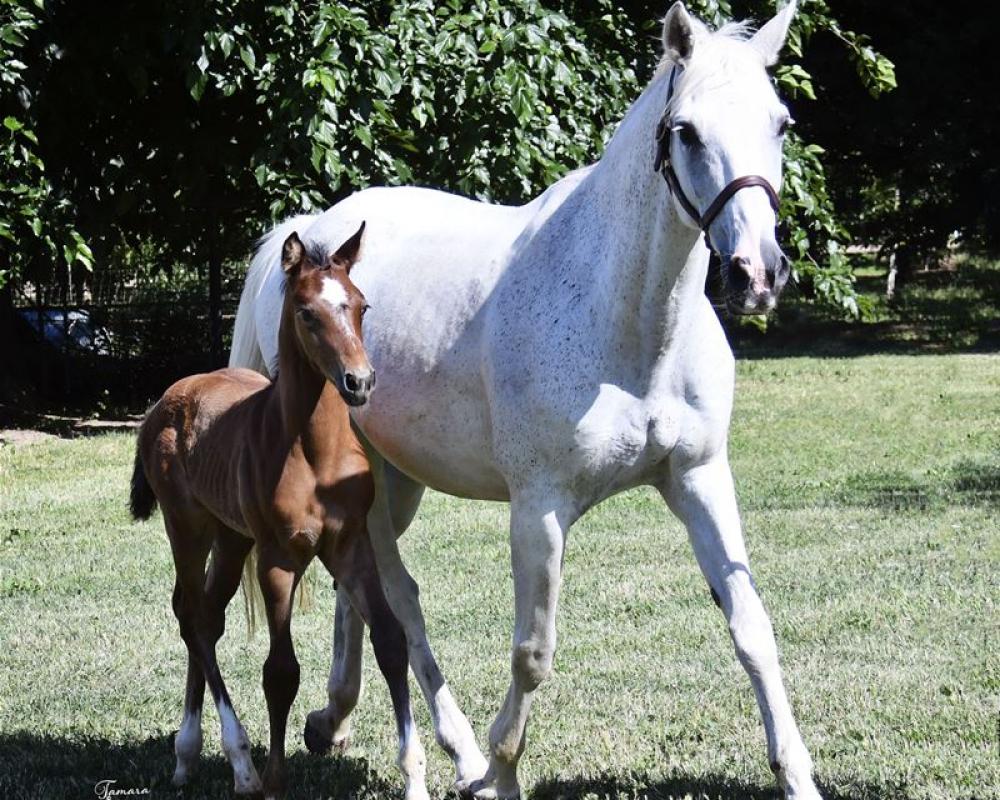 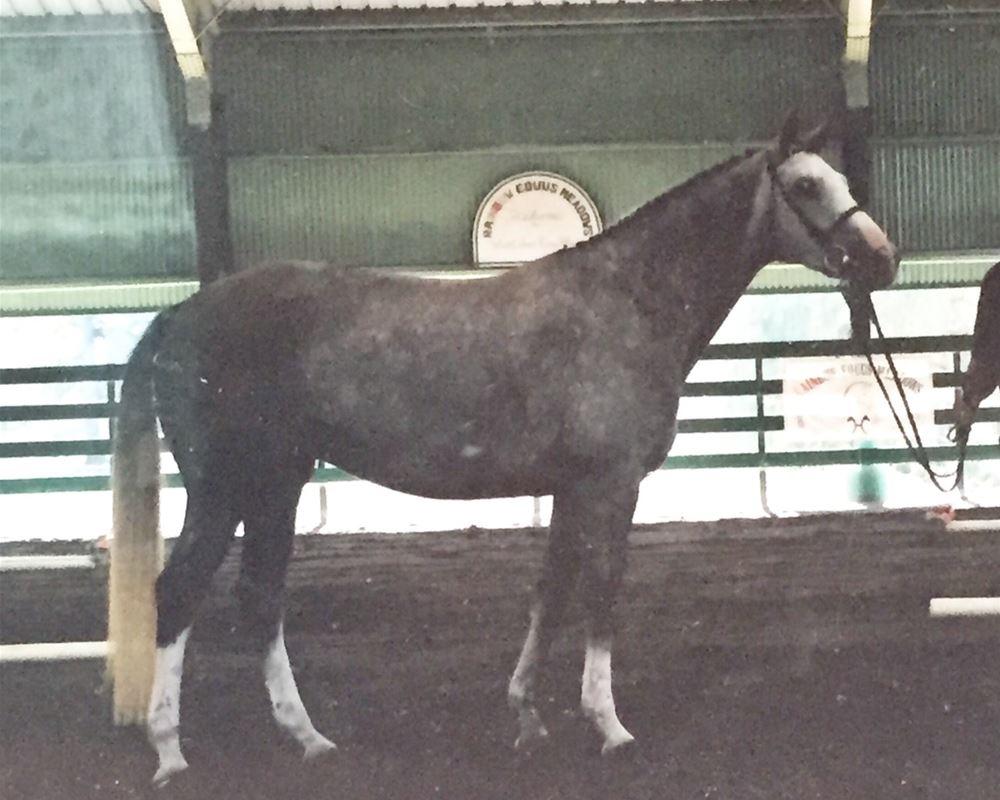 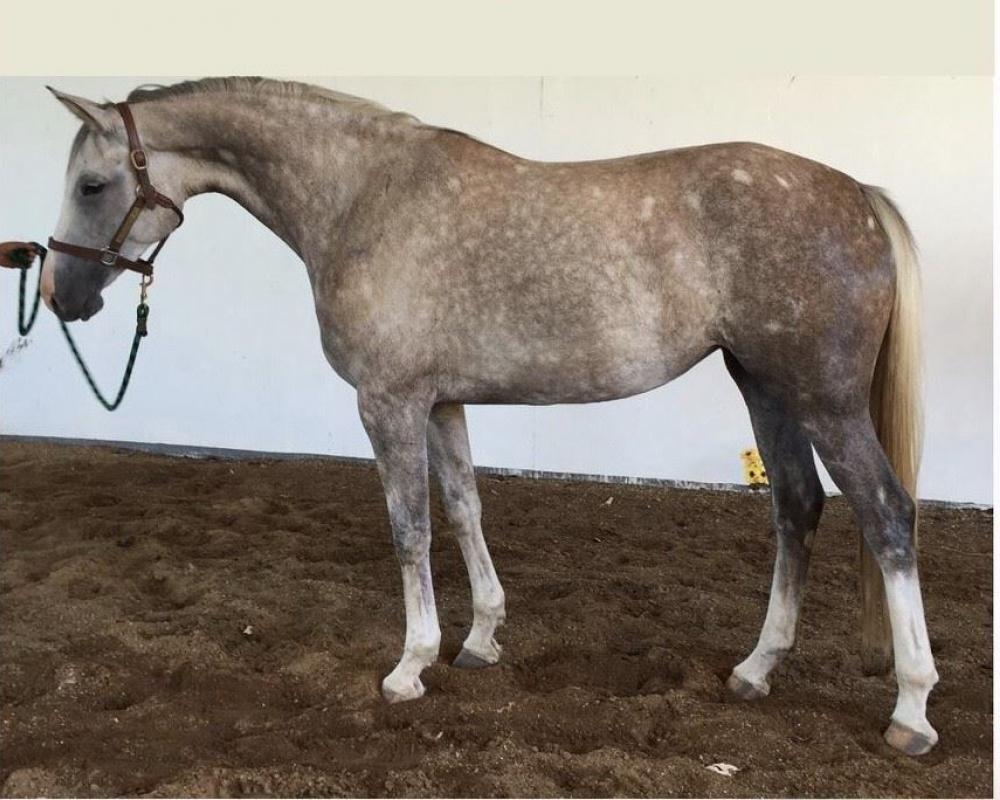 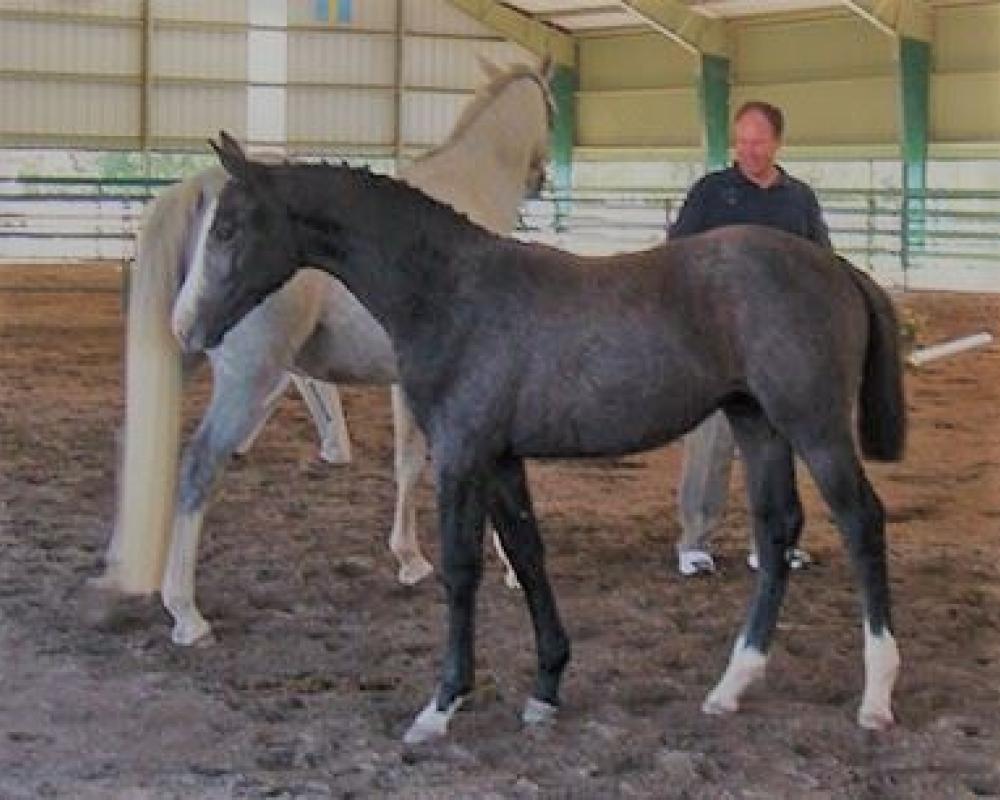 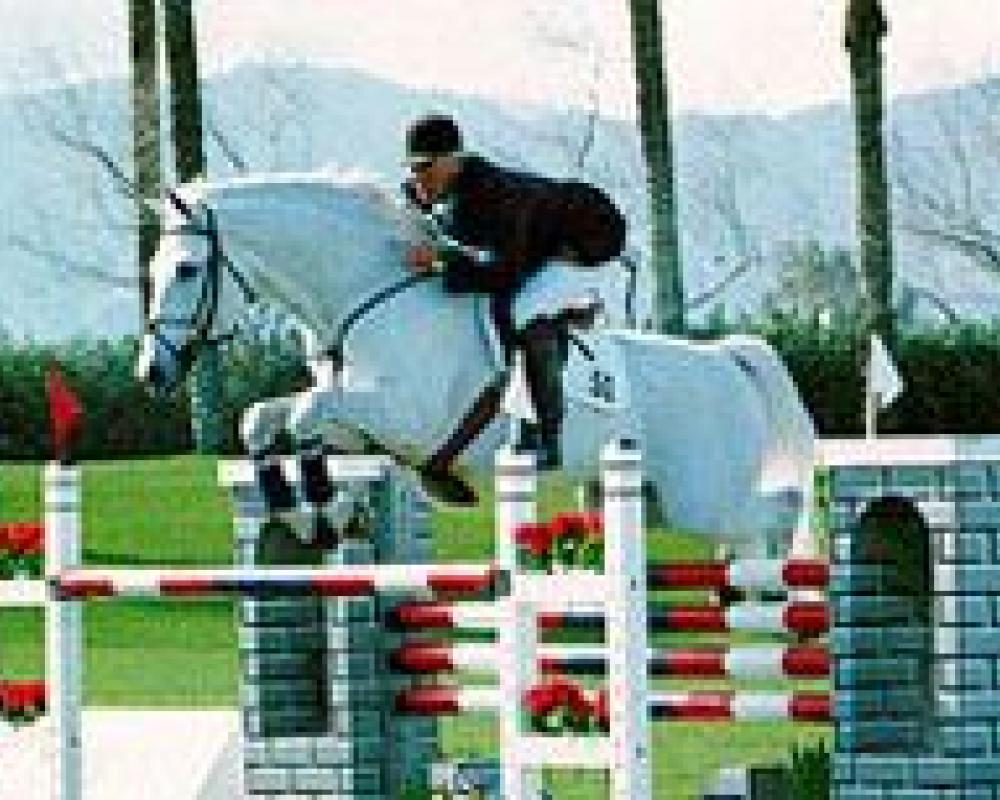 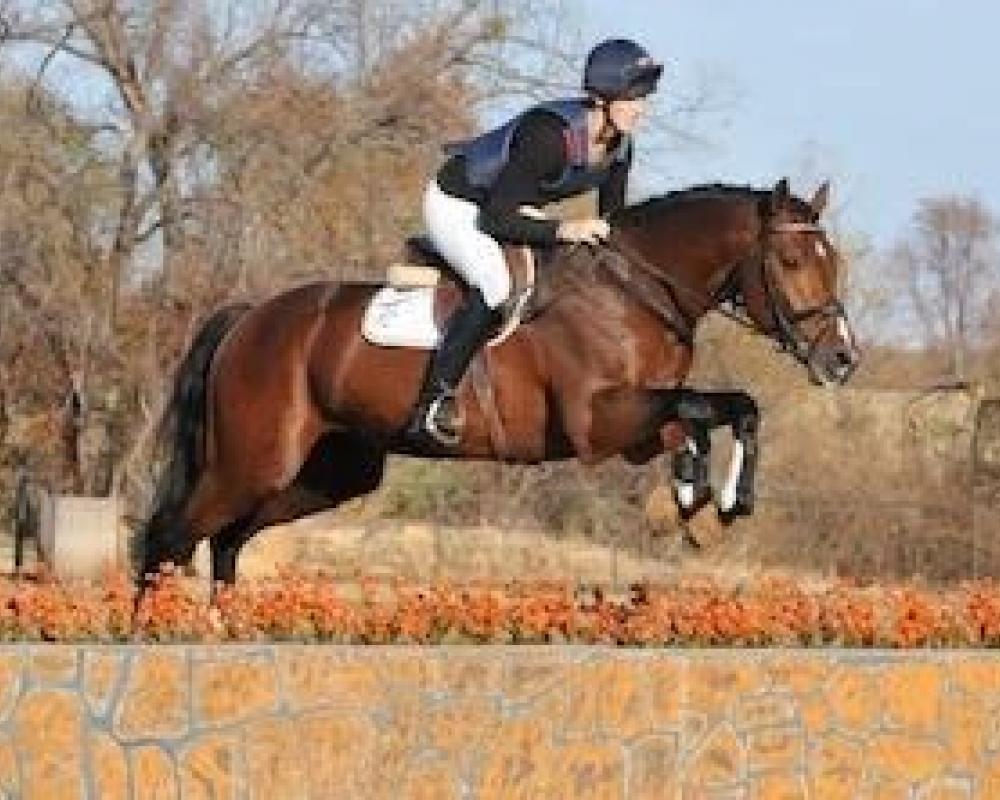 Fuji Fuerstin, Fuji is IN FOAL to Lord Adonis for a 2020 foal AND sells with another fresh breeding contract to breed her back to any Eurequine.com stallion in the future.

Fuji Fuerstin, “Fuji” an excellent choice for the discerning breeder. Fuji has a jam-packed pedigree of Champions and proven producers, she herself is a proven producer of superior quality offspring (photos included). Fuji was 2005 West Coast High Score mare with the Oldenburg Registry and is also approved Hanoverian (Her Hanoverian offspring do not have to attend an inspection). An excellent and easy mother who passes her correct and phenomenal movement along with her loving temperament.

Fuji has a versatile pedigree, her sire, Fuerst Gotthard, a Grand Prix jumper gave her correct and fancy movement. Sire, Fuerst Gotthard, an international jumper, known for his disposition, rideability and excellent movement. As a three-year-old, just two months under saddle, Fuerst Gotthard was named Show Champion Stallion at both the West Coast Sporthorse Classic and the LA Equestrian Center futurity. At his Oldenburg licensing Fuerst Gotthard scored 8’s for correctness of gates, swing & elasticity, overall impression and development, hindquarter, frame, breed & sex type. Later that year he became reserve champion of his 100 day test with the high score of 132.24. receiving 9,s for ability to work, general jumping ability and cross country; an 8 average for walk, trot, canter, and 8’s for willingness to work and rideability. As a 4 year old, ridden by Volker Ehlers, Fuerst Gotthard received the unusual high score of 84% in a first level dressage test.

Damsire, Diamont, (Durkheim/S.P.Babette (Bleep XX) a Bay Hanoverian Stallion and proven dressage sire. Diamont ranked 1st by USDF among Hanoverian stallions and 2nd among all stallions of all breeds for production of dressage horses in the U.S. Diamont a noted dressage sire and ranked 1st in 1994, 1996 and 1997 by the USDF among all Hanoverian stallions for producing USDF Horse of the Year qualifiers. He produced three licensed stallions and fourteen Elite Hanoverian mares. His offspring are well noted for being successful in all the sport horse disciplines including dressage, Grand Prix show jumping, eventing, and also a producer of top hunters.

Fuji acquires jumping ability through her dam side as well with Great Grand Sire, Grand Prix jumper, Prinz Gaylord. In addition to jumping Prinz Gaylord was also shown in 2nd and 3rd level dressage classes. Prinz Gaylord proved to be a successful producer of jumpers early in his career. He was declared Germany's Leading Sire for 1983 by the German FN. His progeny include the international Grand Prix horses: Prinz Charming (Germ) shown by Margie Engle and Prinz Haylord, and the approved stallion Prinz Charming (US), a top 10 finisher in the International Jumper Futurity West Coast Finals in 1995. Prinz Gaylord's offspring have won close to a million deutschmarks in International competitions. Second dam, Paris had many fantastic Diamont crosses including, Djakarta (Fujis Dam).

Fuji is in foal to Lord Adonis by Lordanos, is16.2hh was raised and owned in Germany by renowned international Grand Prix jumper Rene Tebbel. In 2010 Lord Adonis was presented and approved at the Oldenburg Hengst-Tage. In June of 2012 he was imported to the U.S.A, and shortly thereafter went through testing. He was one of only four horses inspected for approval by the Hanoverian society earning an Elite status. The scores he received during the testing are: Character: 9; Temperament : 8.5; Constitution: 9; Stadium Jumping: 9; Free Jumping: 9; Cross Country: 8.5; Walk: 8.5; Canter: 8.25; Trot: 7.5. His modern type, confident yet quiet demeanor and versatile talents have fully licensed him with multiple breed organizations and studbooks.

The great trainability and rideability from these stallions is showing in Fuji’s oldest offspring, selling from $12-25,000 as 0-3 year olds. Fuji received training under saddle in previous years and remains very physically sound and is a textbook broodmare.