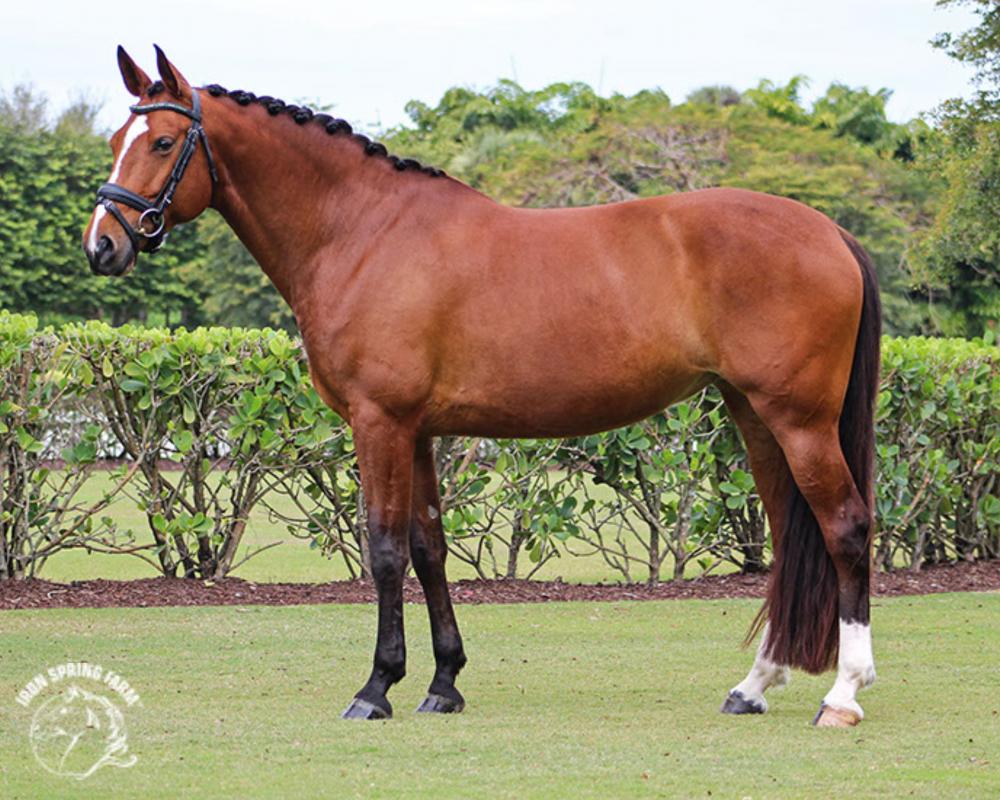 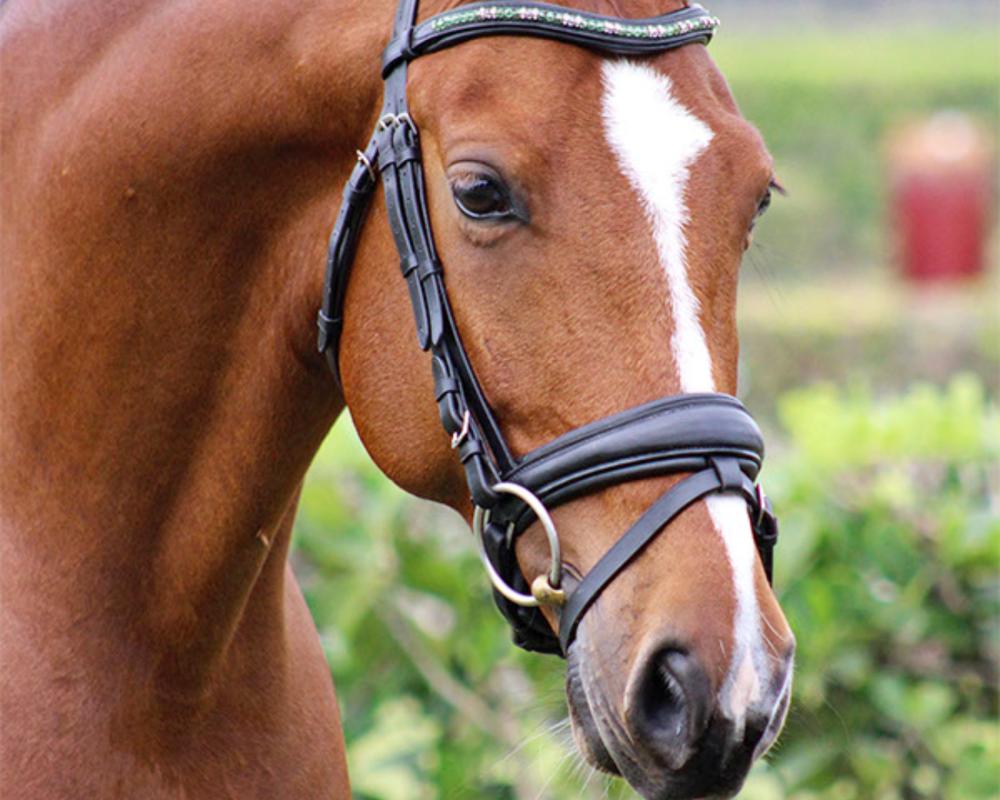 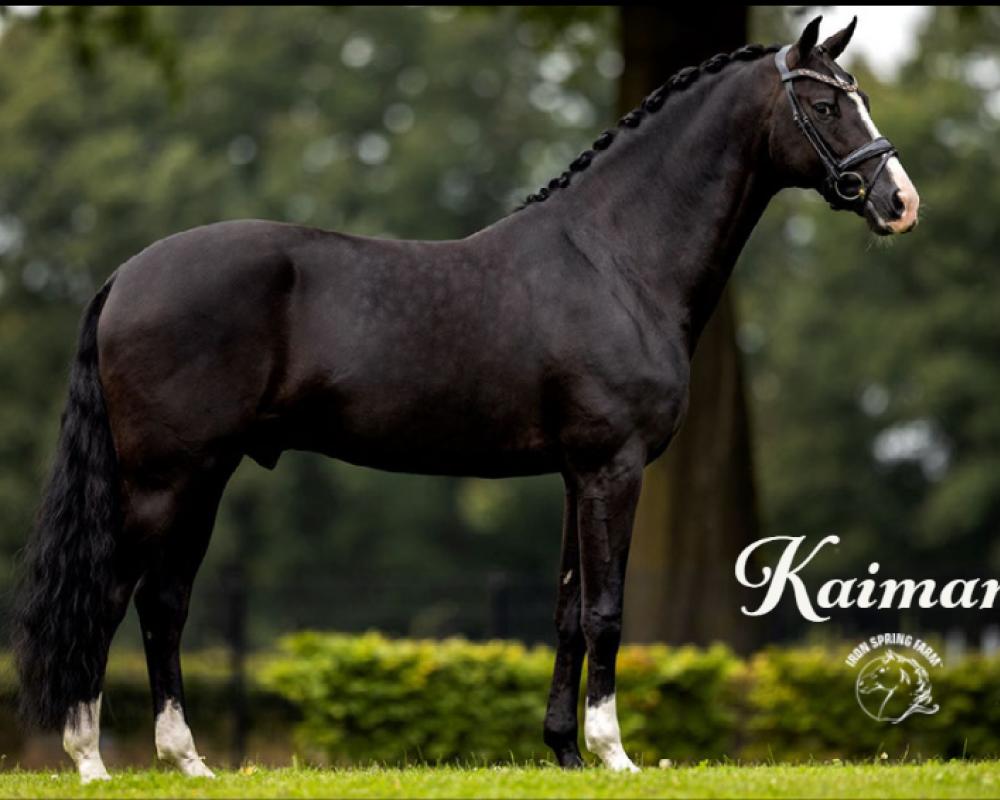 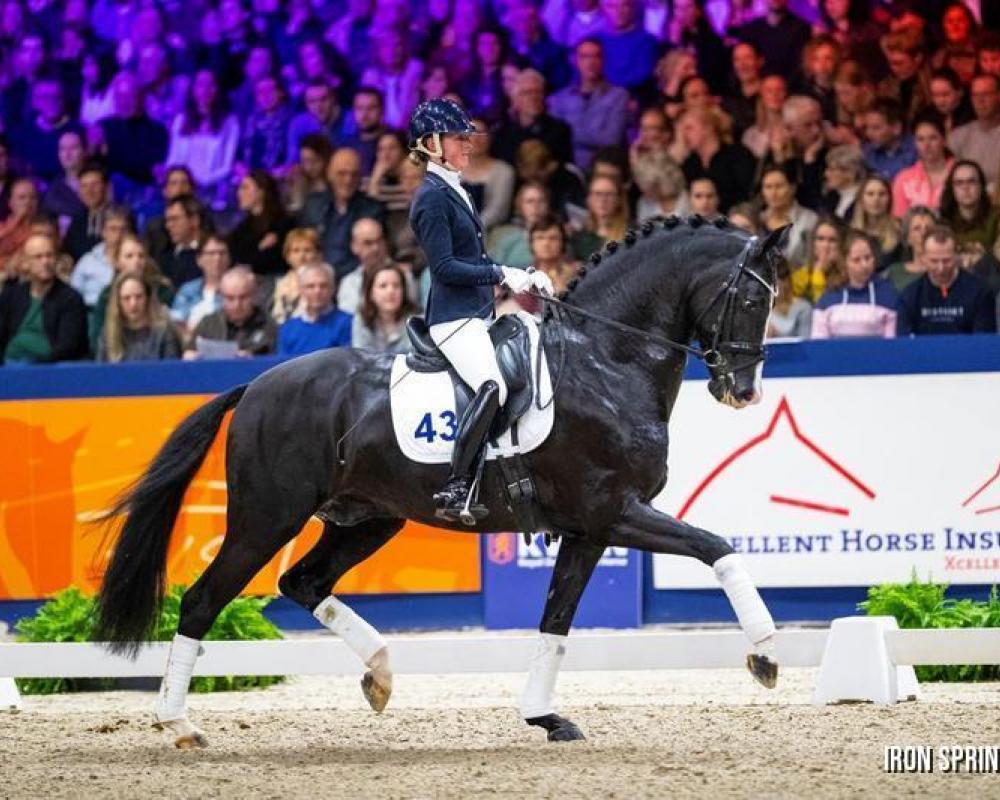 Confirmed in foal to Kaiman for May 2023!

Giselle JC is a lovely 2015 16.1h CDE (Spanish Sport Horse) mare sired by Edecan III and out of Danika JC (Sir Donnerhall x Houston, Keur). Giselle is well-suited as a broodmare prospect for a sporthorse breeding program and is offered in foal to Kaiman (Dark Pleasure x Gribaldi) for May 2023.

An elegant, long-legged type with a lot of expression, Giselle has wonderful natural rhythm and scope to her gaits. She was confirmed to Third Level dressage. She is easy to work around on the ground and is familiar with cross-tying, clipping, bathing, and trailering.

This expected foal is eligible for KWPN-NA Register A papers, as are any of her future foals sired by a stallion approved by either the KWPN or an Erkend studbook. She has already produced one special colt with frozen semen via embryo transfer.

The sire of Giselle is the PRE stallion Edecan III (Campero VII x Deco). Combining the blood of the most prestigious stud farms of the PRE breed, Edecan III is noted for his good brain, size, and solid foundation for sport. His gaits are ground-covering with good power and scope, with an especially noteworthy trot. Edecan III offspring are considered to have a high capacity for dressage and are notably successful in the young horse classes in Spain.

The dam Danika JC is sired by the renowned breeding stallion Sir Donnerhall (Sandro Hit x Donnerhall). Named 2nd Reserve Champion at his Oldenburg stallion licensing in 2003, Sir Donnerhall subsequently won his stallion testing and was named Bundeschampion and Reserve World Champion as a 5-year-old. He is acclaimed as a sire, with over 100 licensed stallion sons, champion mares, and successful performance horses to his credit. Offspring include double World Champion and PSI Auction price highlight Sa Coeur, Bundeschampion Candy OLD, and the Austrian Olympic dressage horse Samhitas. Sir Donnerhall was ranked 4th for Dressage on the WBFSH Sire Rankings for 2021.

Further back in her pedigree you will find the celebrated Grand Prix horse and ISF foundation sire Roemer, Preferent.