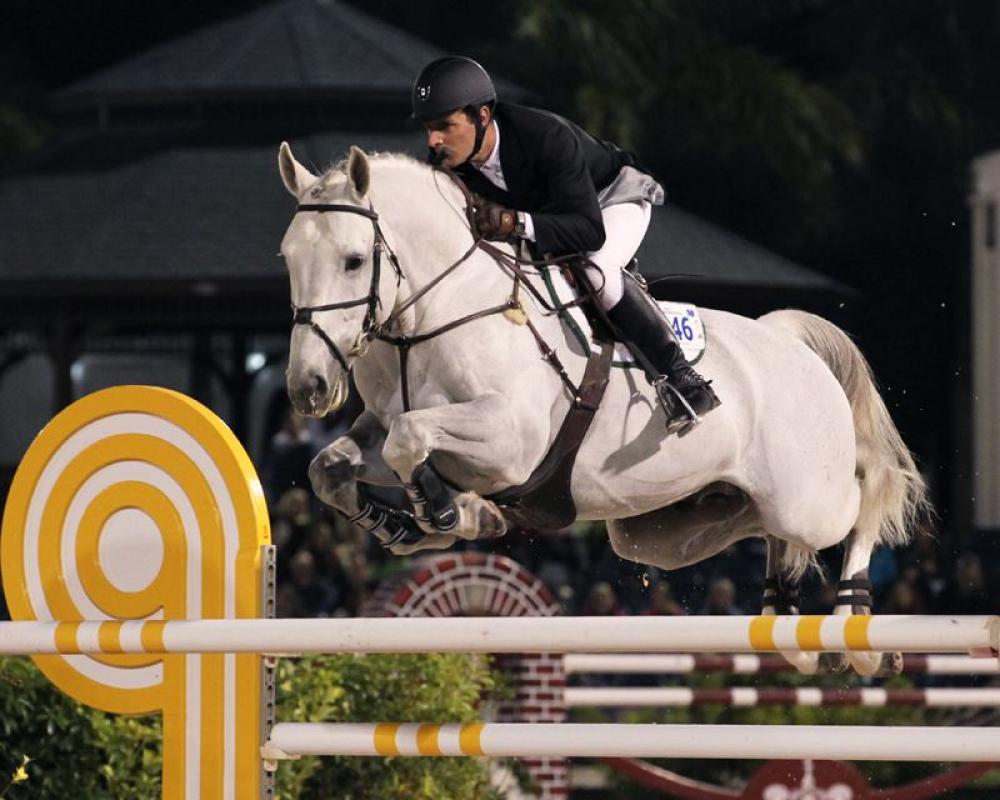 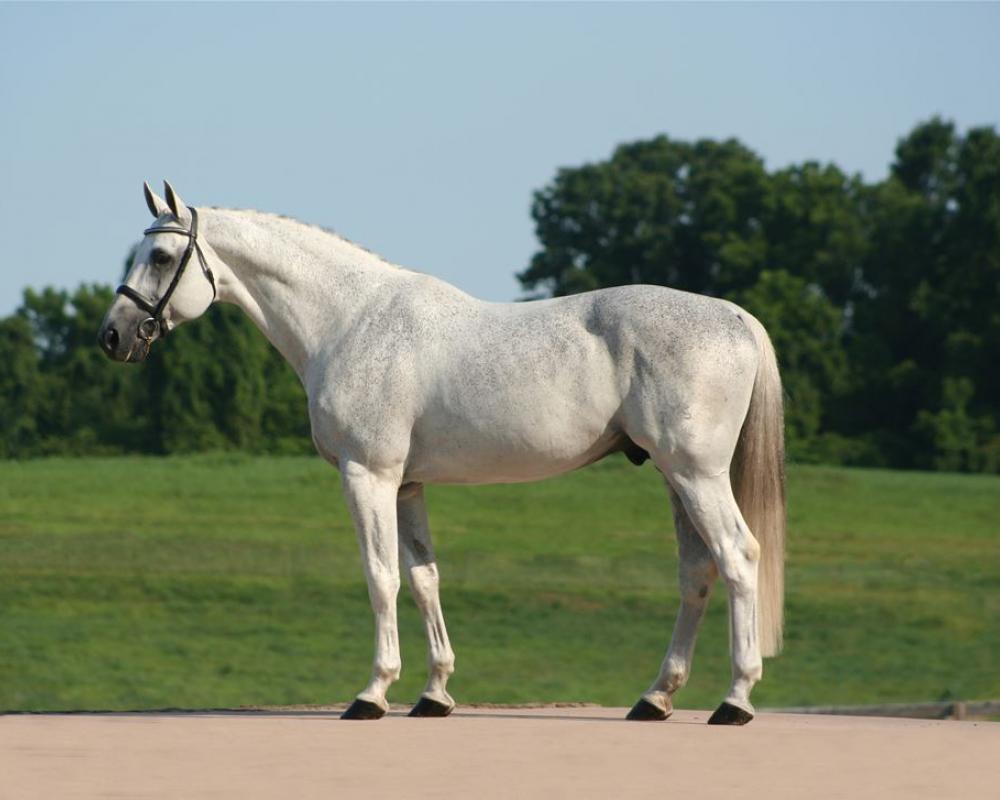 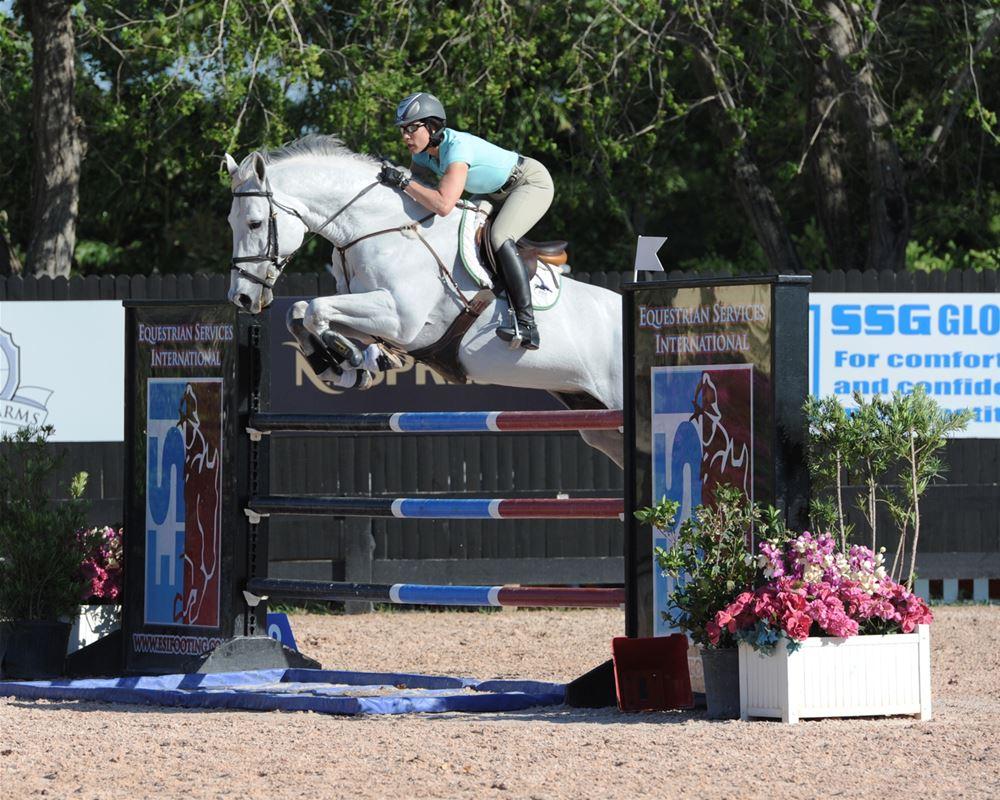 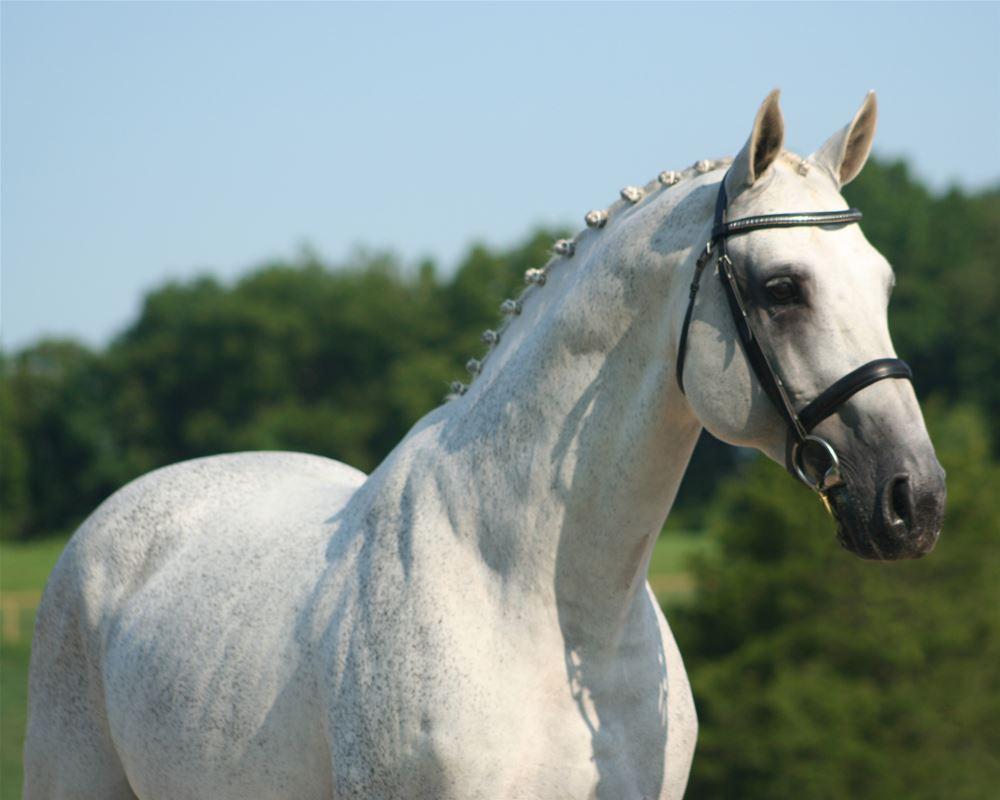 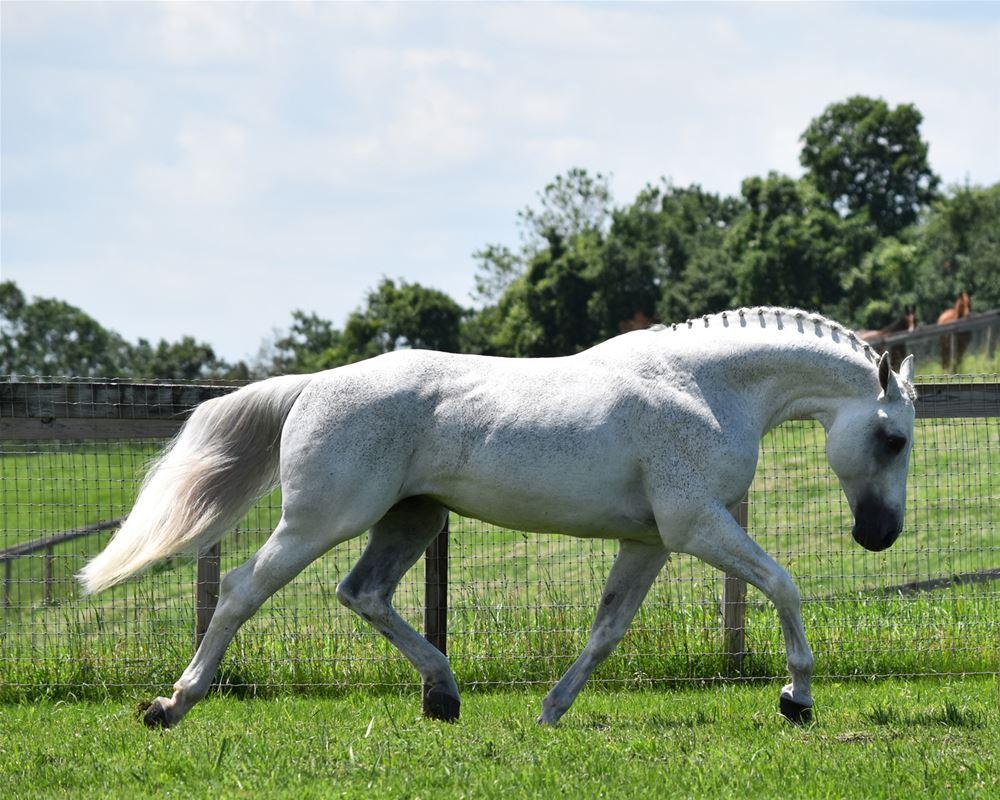 An impressive sport record, excellent character, and impeccable pedigree make Calucci a standout. He competed to the Grand Prix level and his rideability made him a winner with professionals as well as amateurs. Not many Grand Prix horses, let alone one that is a stallion, are happy to show in a snaffle with their AA owner. Calucci has proven his reliability in the show ring time and again, earning top ribbons at shows such as HITS, Manchester, Devon, and WEF.

Calucci’s own success is rooted in a deep pedigree of showjumping talent. His sire Calido I, was ranked 1st in jumping at his Stallion Performance Test. Calido’s offspring have earned over 3.49 million Euros in sport and there are over 225 Calido offspring successful at S Level (advanced). Calucci’s grandsire, Acord II, was the winner of his Stallion Test with 146 points overall, including scores of 9 or higher for jumping ability and rideability. Acord II has sired S-level showjumpers and dressage horses. Calucci’s granddam had a strong competition career herself and her offspring have competed up to 1.60 meters. Great-grandsire Contender is legendary, and his influence has been felt across all the major registries and with showjumping, eventing, and dressage breeders.

Calucci’s oldest offspring are beginning their undersaddle show careers in the Training Jumpers and Novice Events with both professional and amateur riders. We consistently see Calucci’s athletic type and movement, strong topline, and good bone come through in his offspring. With his pedigree, it is a given that scope and jumping ability transmits readily.