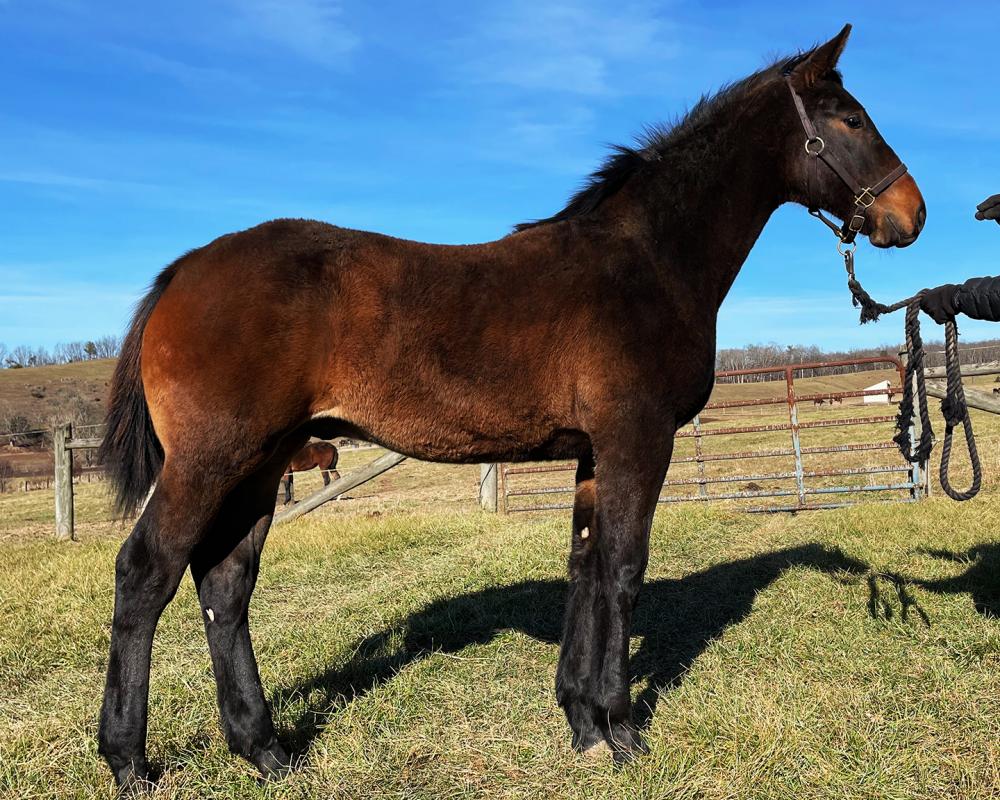 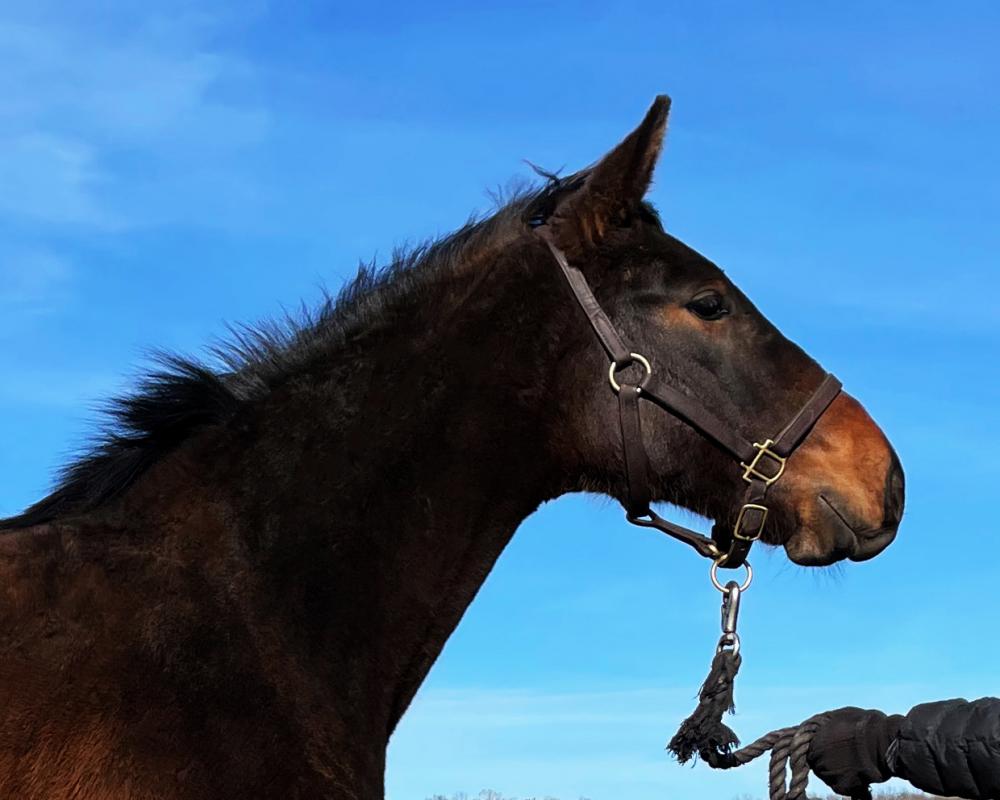 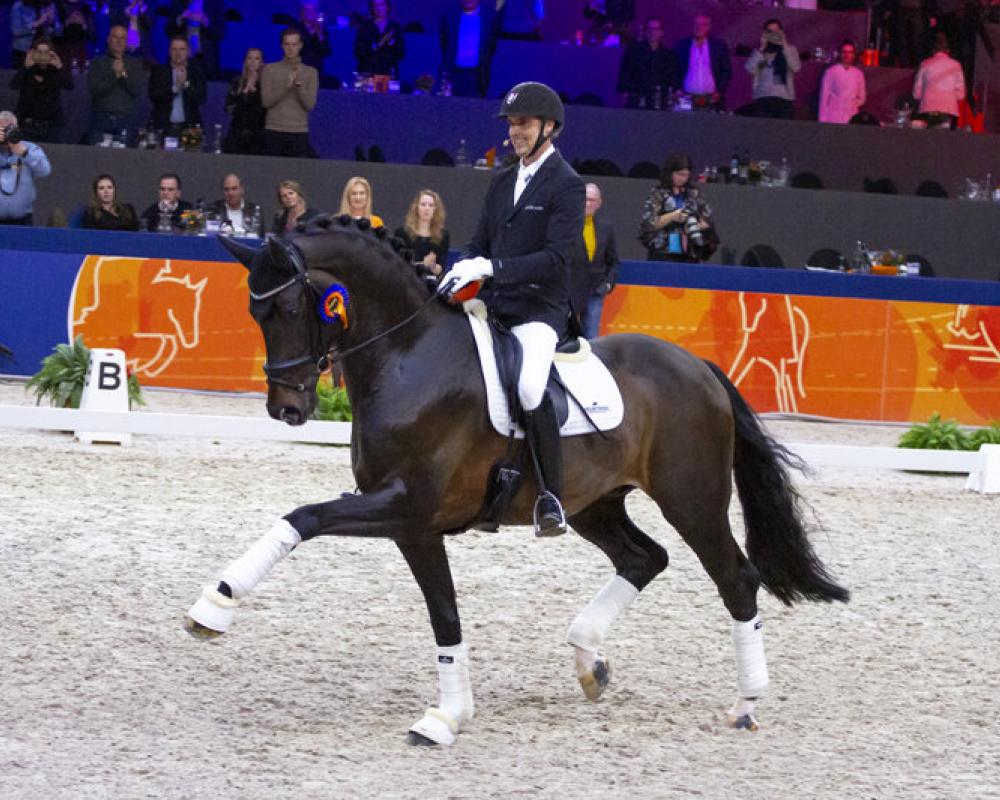 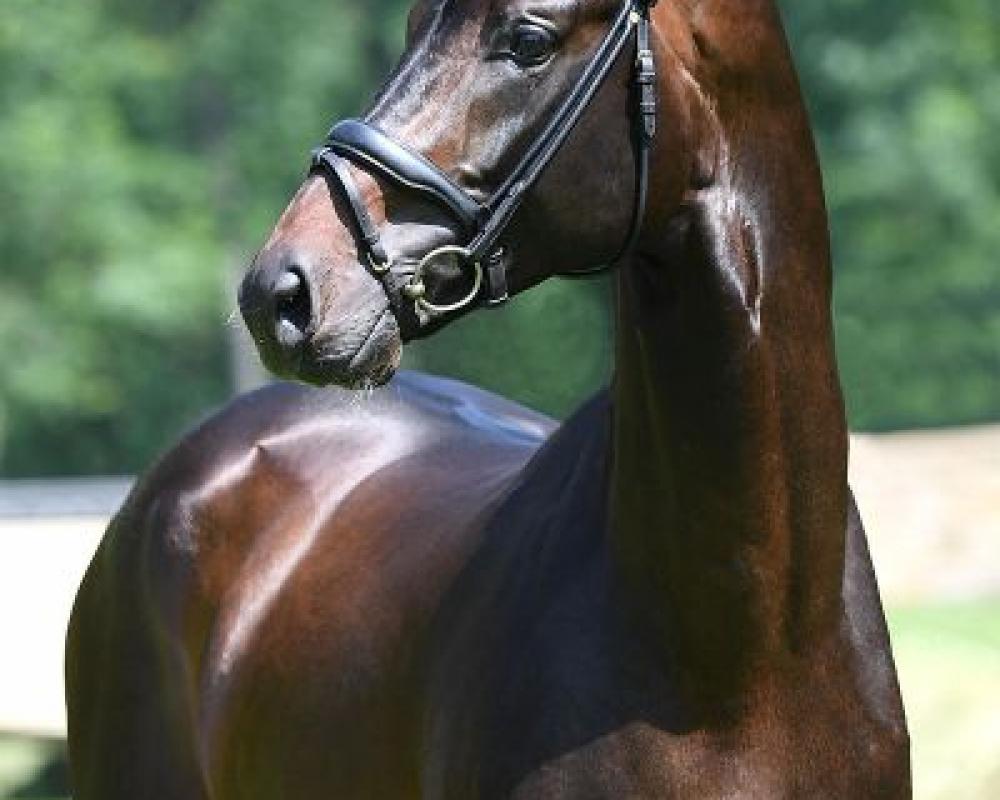 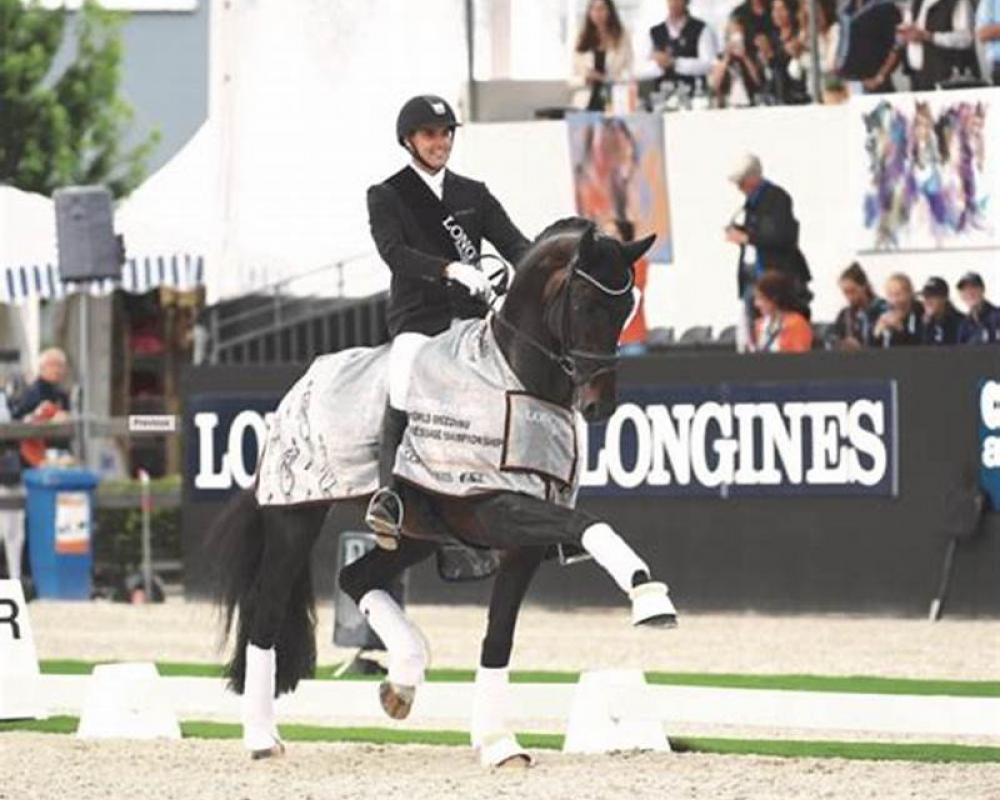 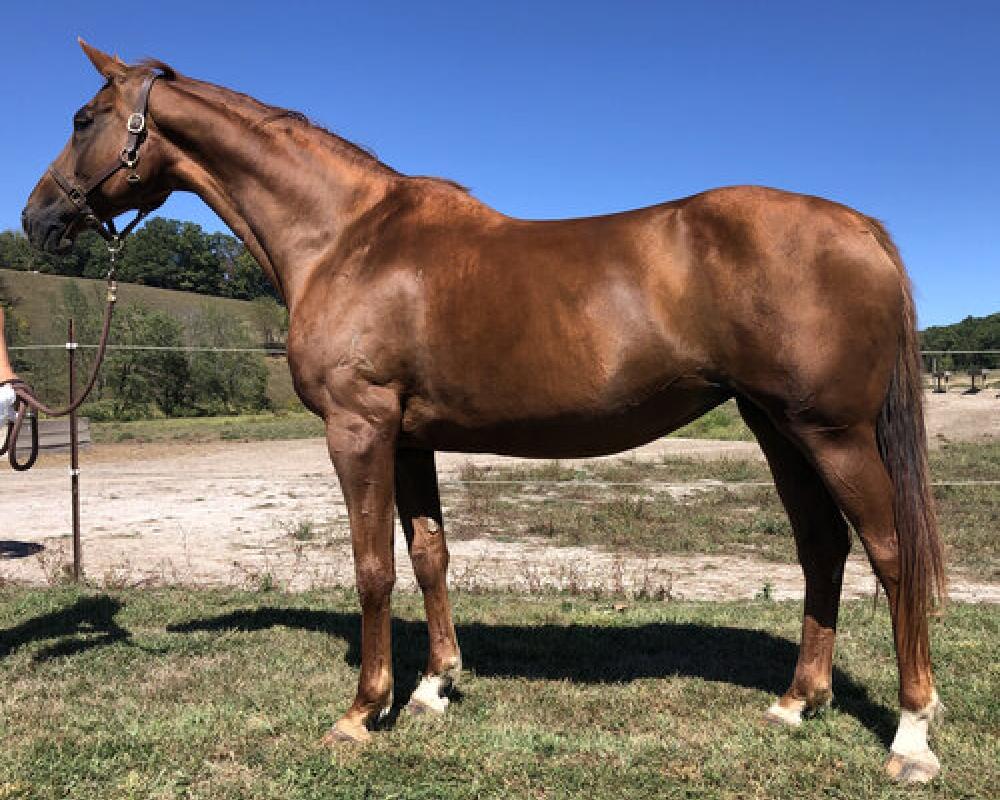 Jacek TAL is a 2021 colt sired by the double World Champion Jovian. Jovian, owned and ridden by Andreas Helgstrand, was awarded the perfect score of 10 four times as a 5 year old at the Young Horse World Championships, and was unbeatable with an overall score of 9.66. Jovian’s trot was praised as having a great deal of spring and airtime.
Jovian is by Apache, who was declared preferent at the 2020 KWPN stallion inspection. Apache himself was at the top of the international Grand Prix, and his offspring are also breaking through at this level. His foals are known for their intelligence and workability.
Jovian is out of Zinith, who produced Friend, who was ridden through Intermediare I, and is distinguished as an Elite Dressage Mare by the KWPN.
Jacek is out of Betty (Brentano II x Richmeed Medallion). Betty is an elegant, refined mare with arguably the best temperament on the farm, a temperament that she passes to all of her wonderful foals. Betty is a maternal sister to the Grand Prix dressage mare, Rosa Cha W, and Betty has also produced foals that have competed through the third level in dressage.
Betty is sired by Brentano II, who was Hanoverian Stallion of the Year in 2003. Some of Brentano II’s top foals include Olympic horses Brentina and Barclay, as well as Benetton Dream and Bon Jovi, and Brentano II is the dam sire of the Young Horse World Champion, Poetin.
Betty’s maternal damsire, Richmeed Medallion (May Sherif x Dutch Gold), competed to the Grand Prix level in Australia, and his entire pedigree is full of international dressage stars. May Sherif is also the sire of Matador, damsire of Wynton.
Jacek was born June 6th, 2021. He is registered with the German Oldenburg Verband. Due to the poor quality of Jovian’s frozen semen, we believe Jacek was one of only three foals by Jovian born in the US in 2021. He is a large-framed colt with powerful hindquarters, and looks much like his sire. We expect him to mature at least 17 hands. He has a fantastic temperament; his only desire is to please everyone around him. That, combined with his sensible nature, makes him a true pleasure to handle and teach.
Please pm, text, or call for more information!
Located in Augusta, WV, 28 miles west of Winchester, VA. 309-376-2144

Photos are of Jacek, his sire Jovian, and his dam Betty.

Video of Jovian as a coming 6 year old:
https://www.youtube.com/watch?v=zkloQRlFX-s&t=197s