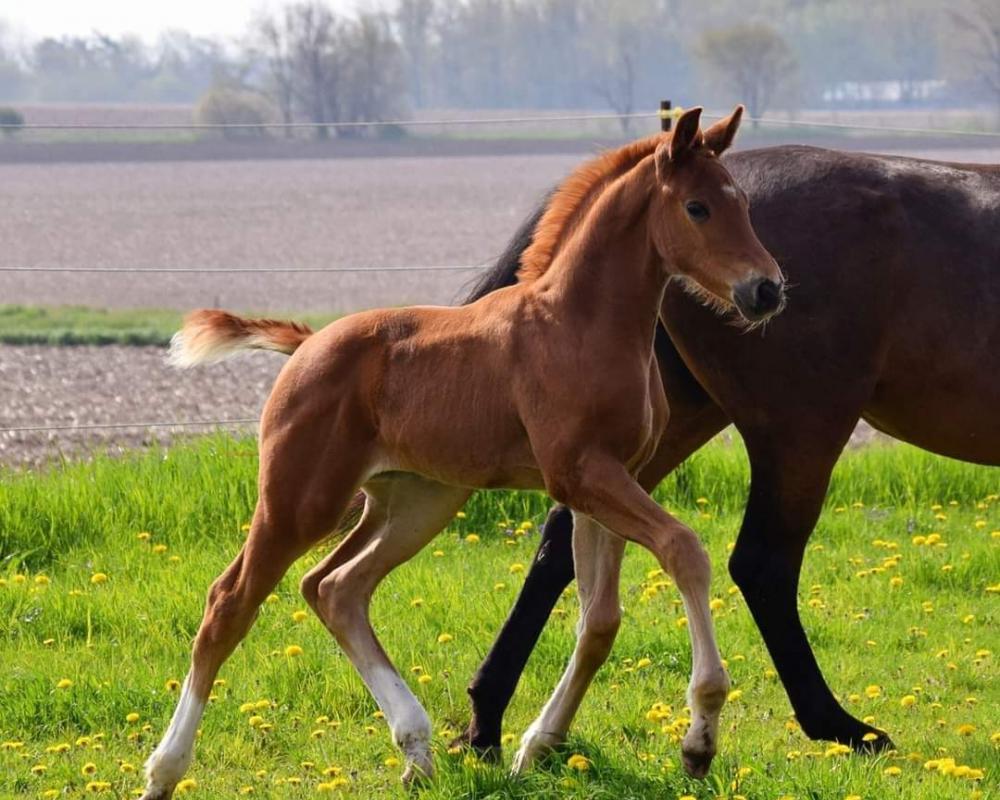 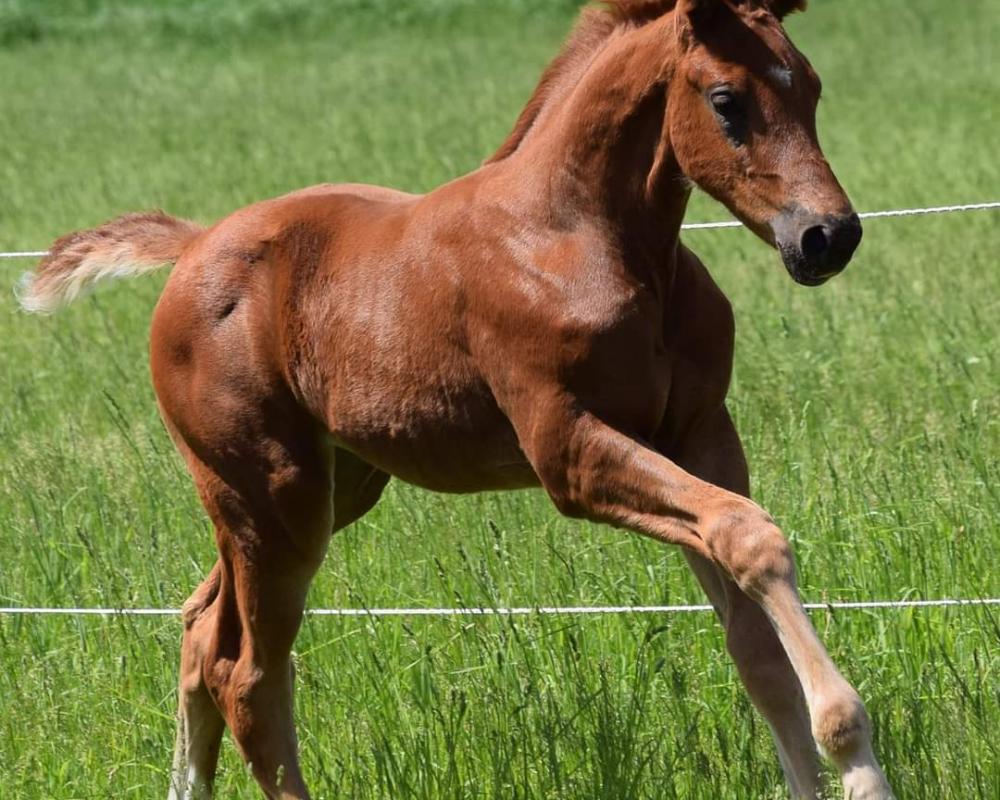 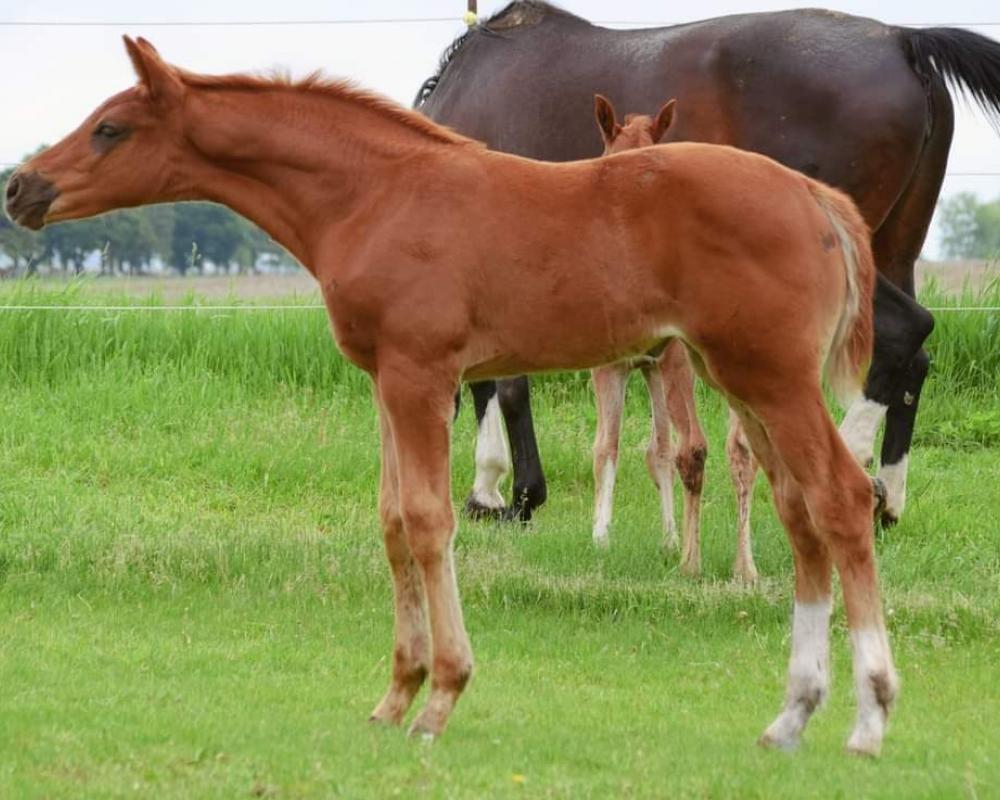 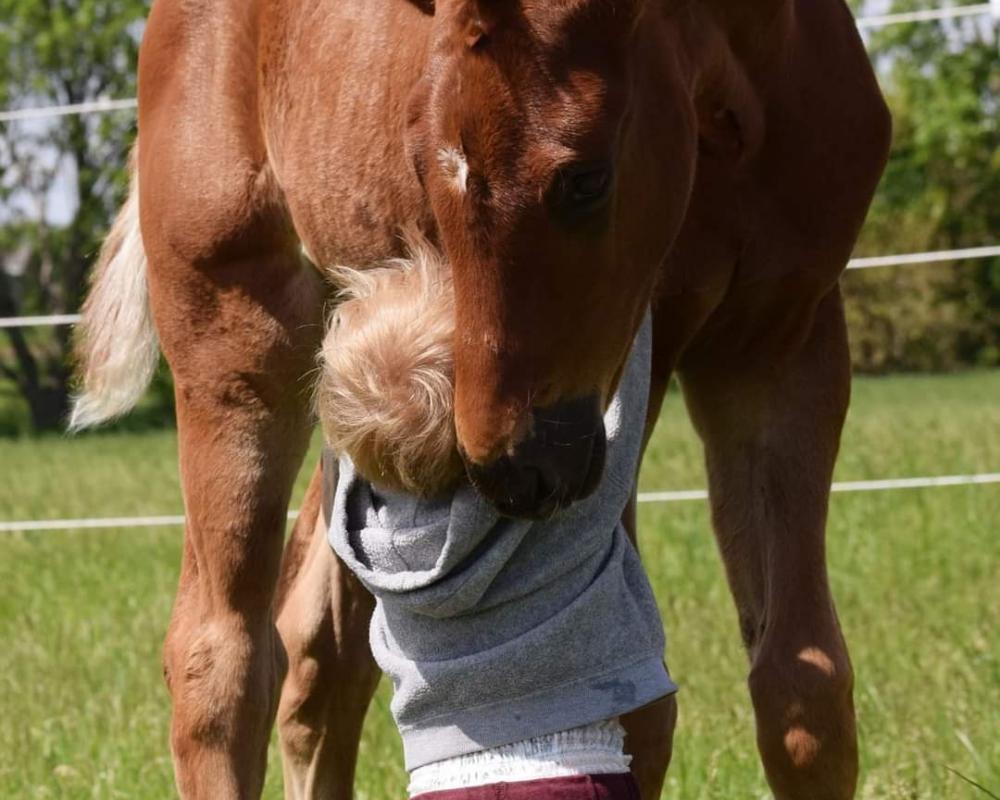 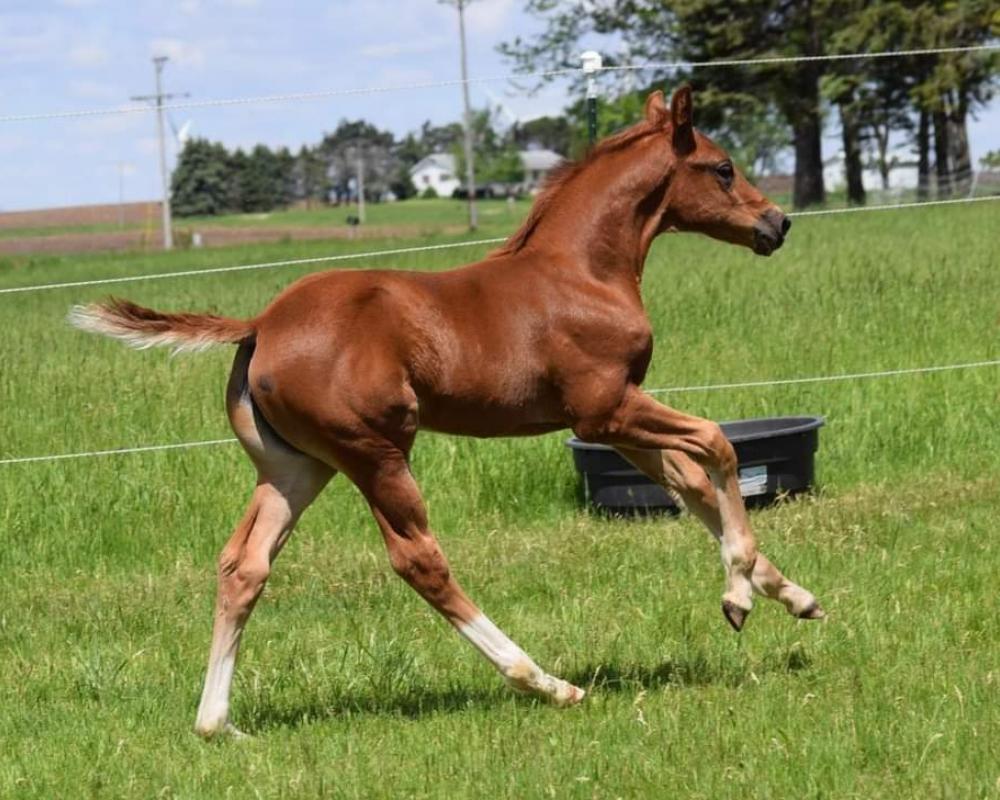 Incredible bloodlines, gorgeous good looks, top quality gaits, and the sweetest personality ever- all wrapped up in this most perfect filly!

Born April 9th, I have been dragging my feet offering this outstanding filly to the public, because I so badly want to keep her for myself! She is a true dream filly and someone is going to be so lucky to call her theirs ❤
Kaja is a big, strong filly with plenty of bone, incredible muscling, and a very solid build. She has a delicate, babydoll face, paired with an incredibly beautiful "stallion" neck, lovely topline, and an excellent, powerful hind end. She boasts three high-quality gaits, with a canter that is just dreamy. This is a strong, powerful, well-balanced filly that will have all the talent and ability for upper level competition. She will also be a super fun mare to add to a broodmare band! Kaja's full older sister, Peyton HTF, has been retained by Hilltop Farm as a future competition horse/broodmare. Kaja is the sweetest, kindest, most gentle baby I have ever had 🥰 Truly just a dream horse in every sense!

Her sire Kjento (Negro/Jazz/Juventus) was Champion of his KWPN Stallion Test, earning no score less than 8.5, five scores of 9, and a 9.5 for his canter for an impressive total of 90 points. In 2019, he was Reserve Champion at the PAVO Cup Finals. In 2021, Kjento commandingly won the WBFSH 6-Year Old World Young Horse Championships, earning four scores of 10.
Kjento is by the preferent stallion Negro, a proven sire of FEI Grand Prix horses. Kjento’s dam competed through Z-level Dressage, was 3rd at the National Mare Show as a 3-year old, and earned an impressive score of 90 at her IBOP. She has been an exceptional producer with 2 approved sons, and 5 Ster/Elite daughters. Her sire, Jazz, was an International Grand Prix competitor and has one of the strongest records in the world for siring FEI offspring.

Kaja's dam, Raj Mahal HTF (Royal Prince/Donnerhall/Pik Koenig), is an Elite Hanoverian mare, who has also earned her D- OC Predicate with KWPN. She was the highest scoring mare at her Mare Performance Test, and is also a Dressage at Devon winner. She is by the Elite stallion, Royal Prince HTF, and out of the famous Donnerhall daughter, Primavera. Primavera is a States Premium Oldenburg mare, who was the Champion Mare of the Oldenburg Elite Mare Show in 1992 and was also the Dressage Champion at the Bundeschampionat that same year. Primavera held a record with her States Premium licensing score of 9.44 for many years, with highlight scores of 10 for trot and canter and 9.5 for walk and ride-ability.
Raj Mahal HTF has a star-studded pedigree, and also passes on superb temperaments, trainability, and talent.

Video of dam, Raj Mahal HTF, is linked below.