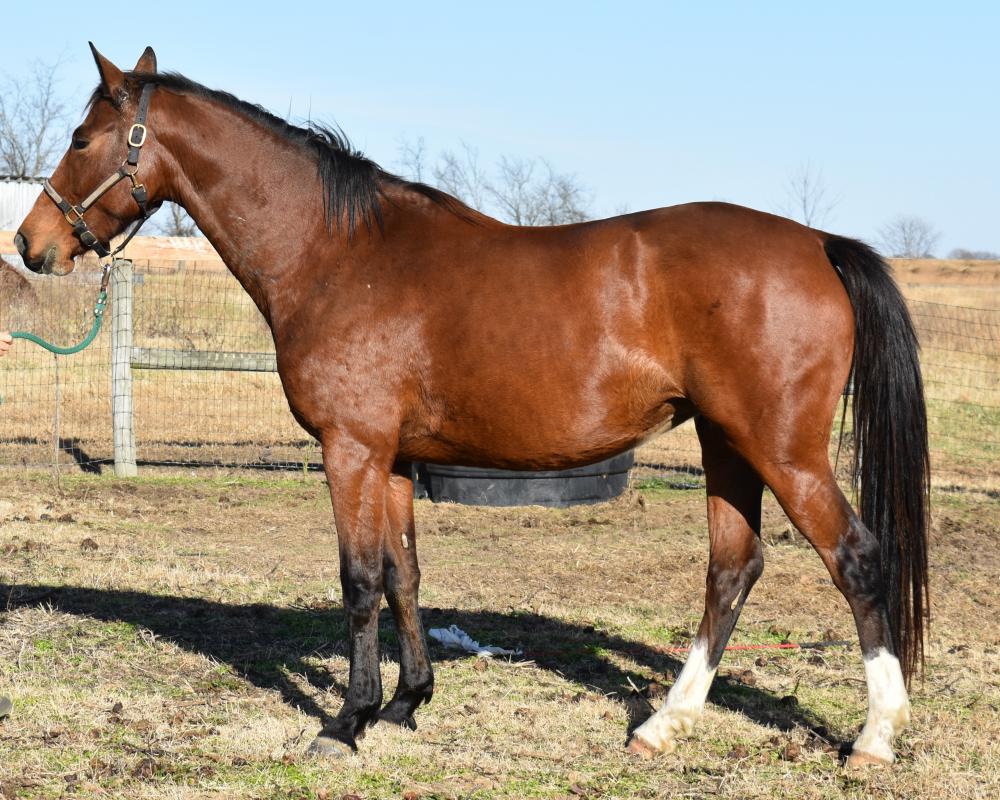 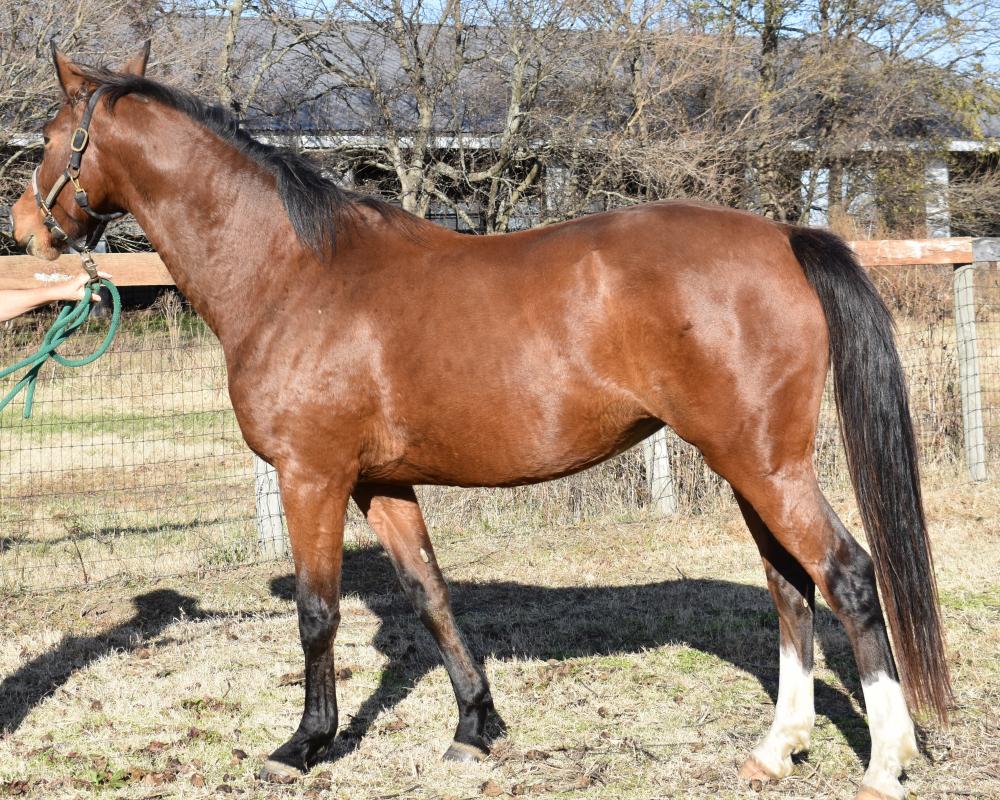 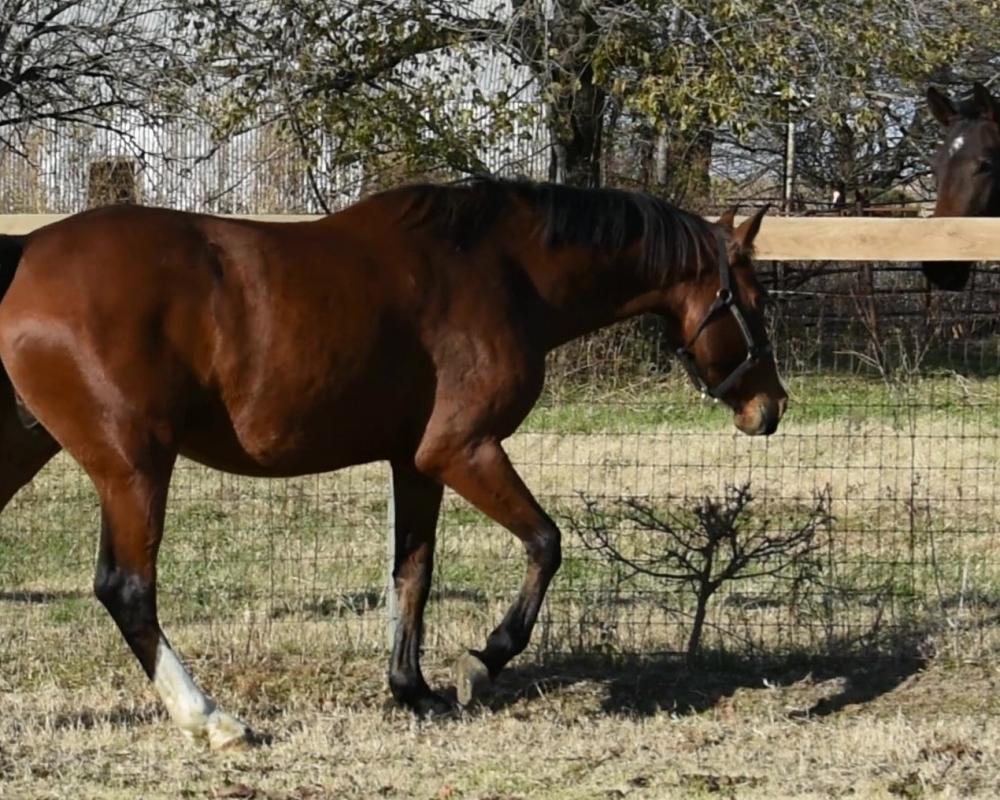 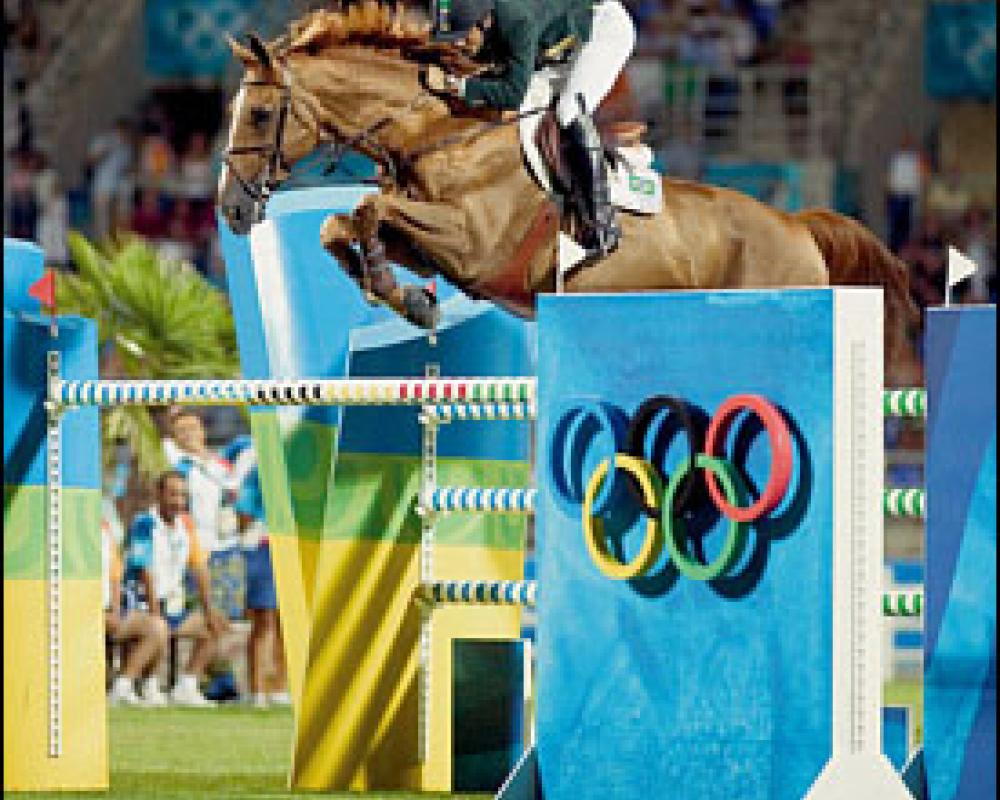 Kaloubet Jazz is a direct daughter of the famous showjumper BALOUBET DU ROUET. She is registered with the Holsteiner Verband NA and is a powerful mare that is brave with a strong engine. She has not been backed yet due to her owner’s personal circumstances.
Sire Baloubet du Rouet. Rarely has there been a stallion that was so dominant, not only in sport, but also in breeding. Together with his rider Rodrigo Pessoa, Baloubet du Rouet belongs to the very best combinations in the history of show jumping. During his best years Baloubet was unbeatable, resulting in individual Olympic gold in 2004 and three FEI World Cup final wins in a row. The stallion excelled with his scope, reflexes and energy. He was ahead of his time and ranked no. 1 in the world for several years.

Ten years later we saw Baloubet du Rouet again dominate a world ranking, this time that of the best jumping sires. He has been producing horses that are successful up to 1.60m level. Famous offspring are Chaman (Ludger Beerbaum), Bubalu VDL (Jur Vrieling), Palloubet d’Halong (among others Jessica Sprunger) and Sydney Une Prince (Roger Yves Bost). Nowadays we see Baloubet not only at the basis of his own sire line, among others through his son Balou du Rouet, but he is also known as a producer of excellent broodmares. For example, Ben Maher’s top horse Explosion W (Olympic Gold Metalist), is out of a dam by Baloubet du Rouet. As are top 1.60m jumpers such as Cheldon, Chalou, Exelero2, For Freedom and Veneno.

Kaloubet Jazz’s dam is sired by the Cor de la Bryere son Churchill who was imported to Canada from Germany. Second dam is Cantara (Caletto II) whose full sister Wenora produced the licensed stallion Bojar who jumped 1.35m and was also successful to L3 dressage. Another half sister Bijou was an eventer and showjumper.