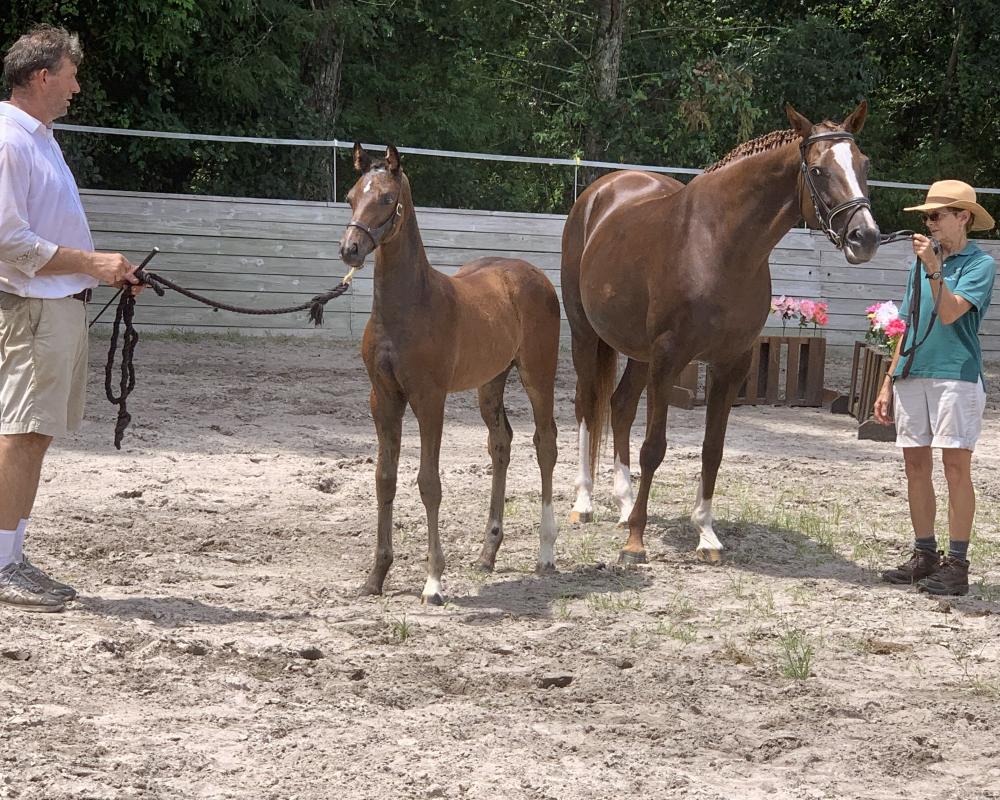 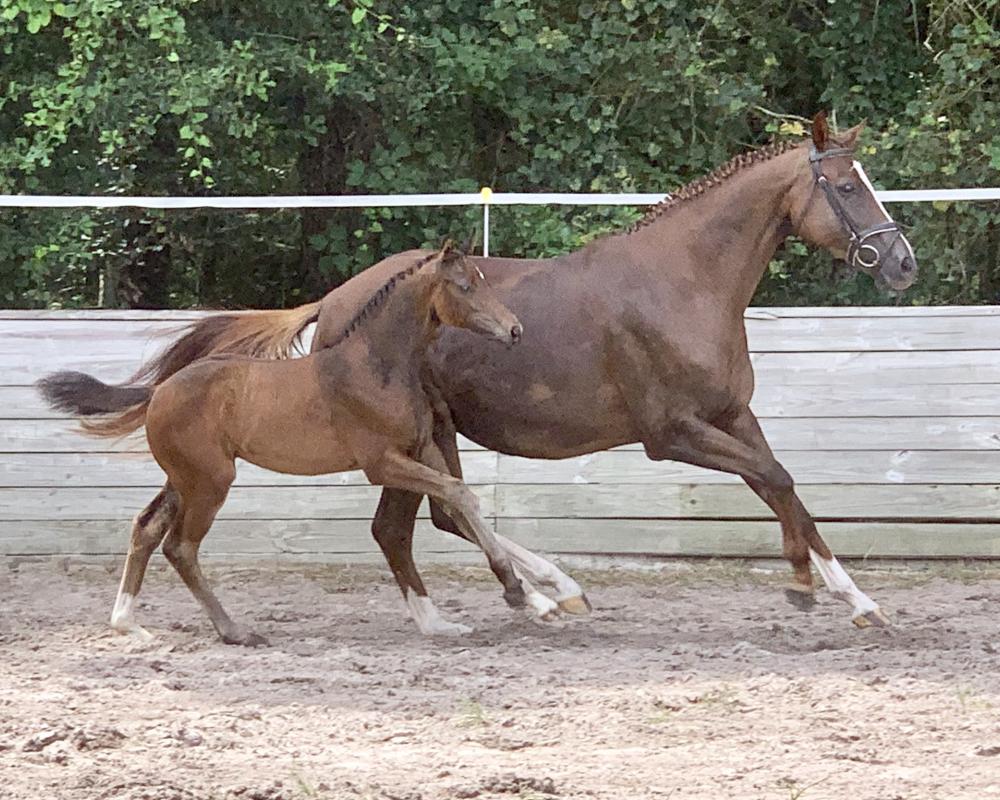 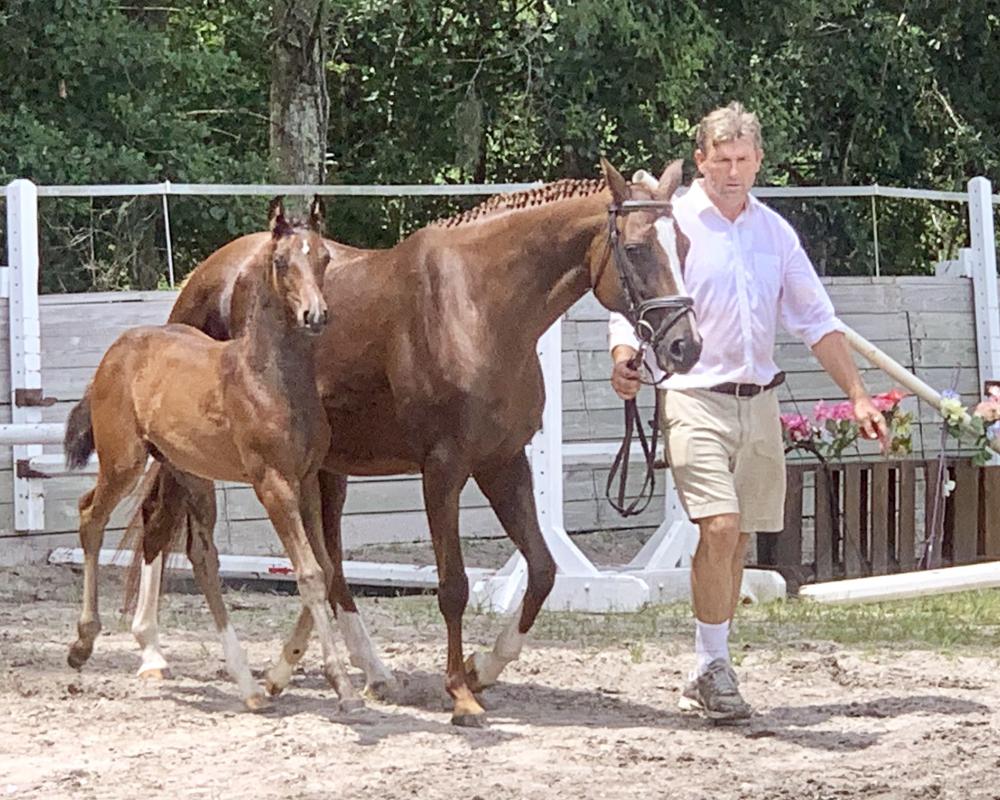 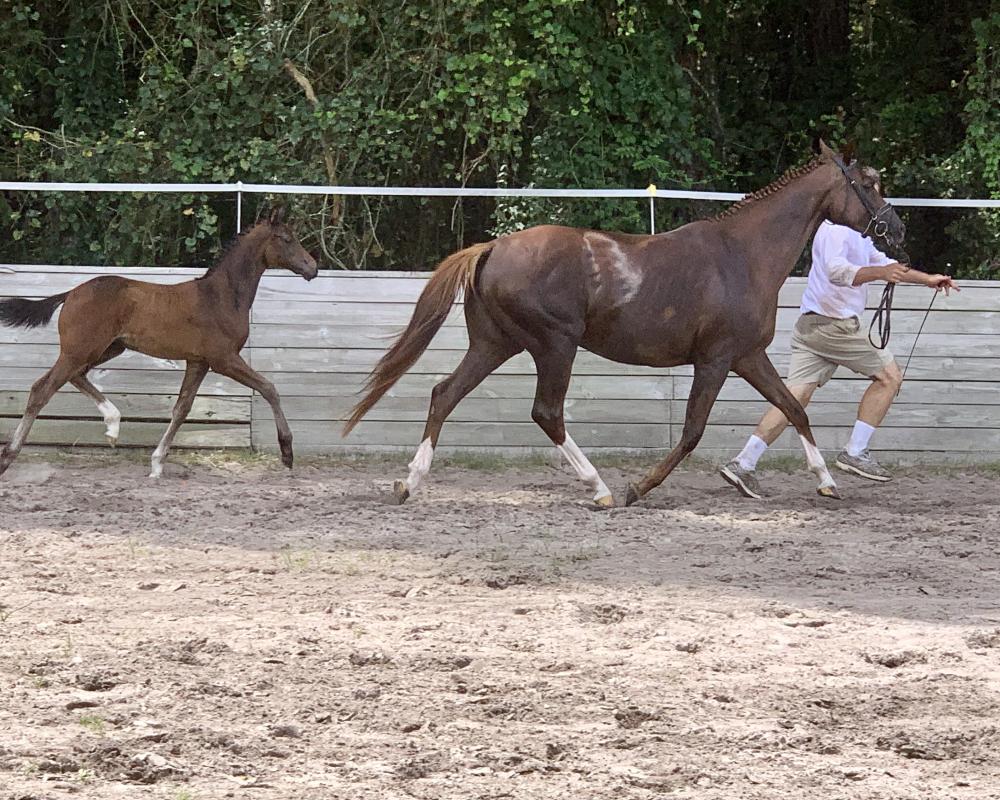 Lady Friese (aka Elle) is a beautiful 2009 Hanoverian mare by the Landfriese II. She is out of the mare GiGi (by Grusus from Grundstein). Elle was accepted into the Hanoverian Main Studbook in 2018 with an inspection score of 7.5. Additionally, she was accepted as a Premium Mare into the ISR/Oldenburg Registry with the fifth highest score for the 2018 East Coast Inspections. She produced a lovely filly by the Oldenburg stallion Finery in May 2019. Elle and the foal were accepted into the Westphalian Registry in July 2019. Elle is easy to breed. She is a kind, sweet tempered mother. She has great ground manners and is good with trailering.