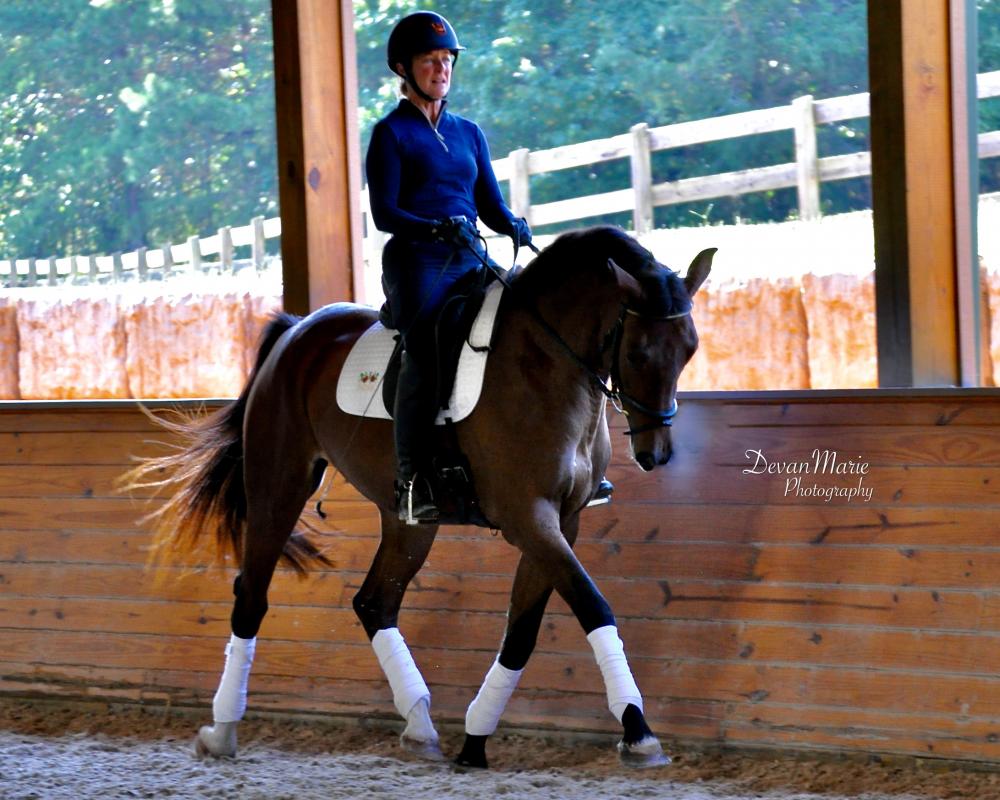 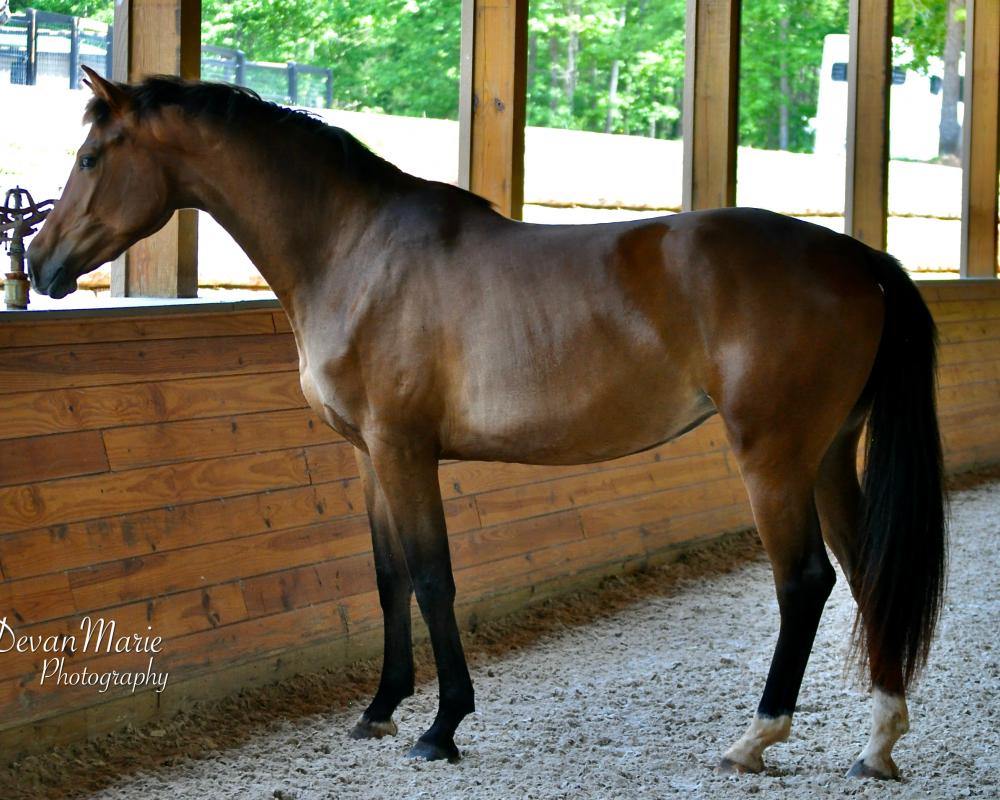 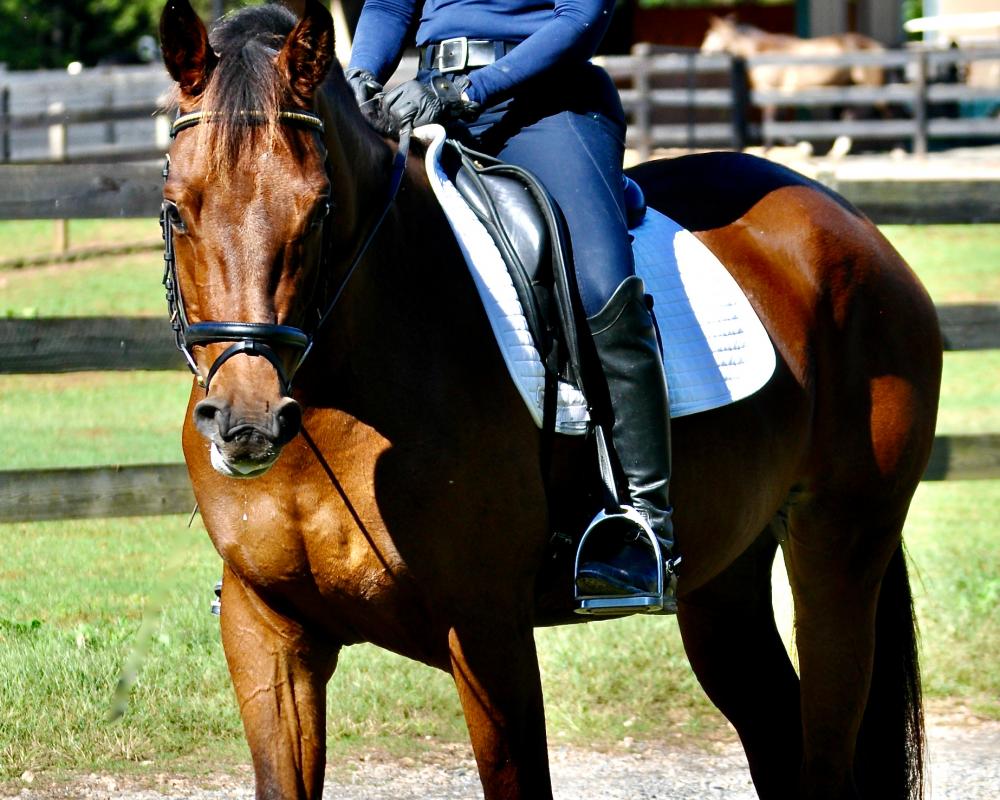 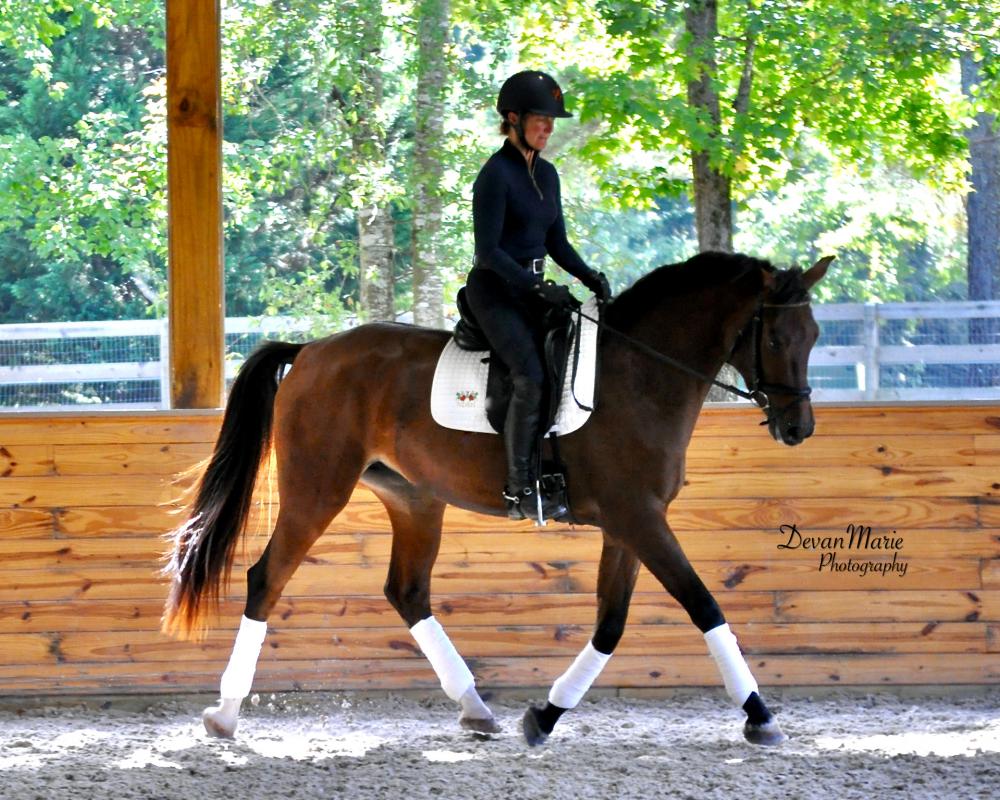 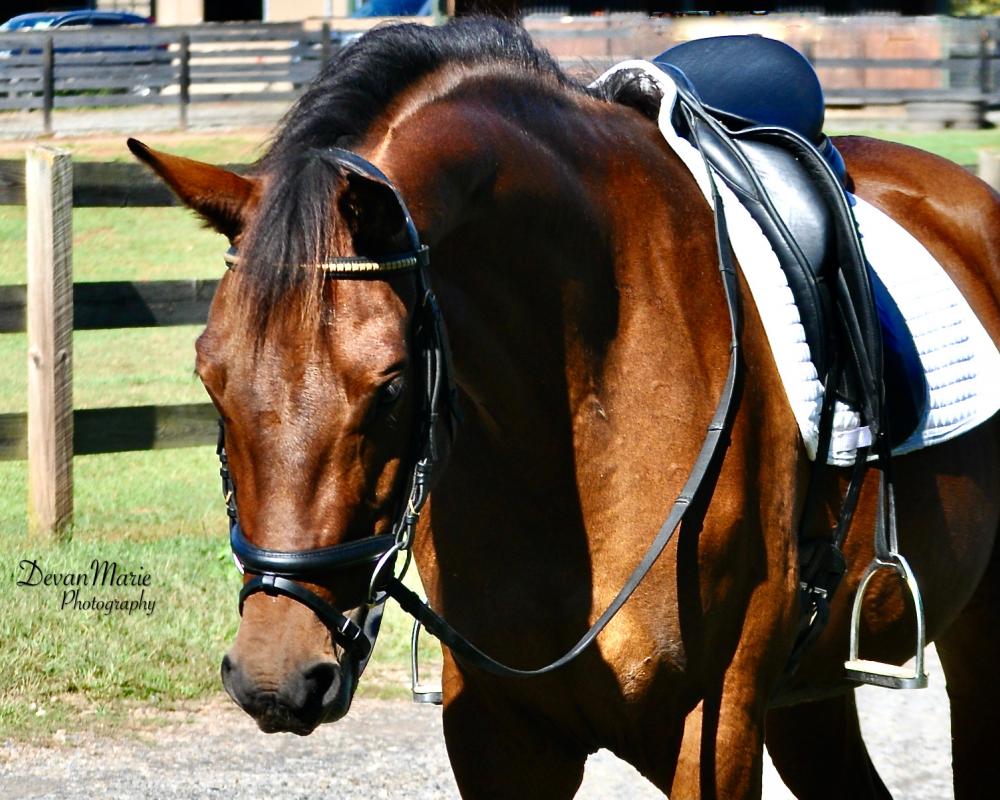 Libertas (Cachas/Glenn Mentino/Lord Star) is a 16.1 2018 Holsteiner mare with three solid gates and a powerful hind end. She has been raised here at Navillus Dressage & Sport Horses in the company of other fillies and mares. She has been under saddle for approximately 120 days and is foward thinking and sensitive. She has been hacked out in company and taken to one show to school. Libertas is bred for the jumper ring but has the talent and athleticism to be a three-day event horse or a dressage horse. She does everything you would expect a three year old to do: loads, bathes, stands for the vet and farrier and is up to date on everything, She is talented enought for a professional and with experiene, is expected to be amateur friendly. Her sire received high scores for character and rideability and her dam was shown extensively by amateurs.

Libertas' sire Cachas at his 30-day test, he received exceptional marks, scoring 10.0 for jumping ability, 9.25 for character, 9.0 for canter, 8.63 for rideability, and 8.0 for trot and walk, respectively. The 2010 competition season saw Cachas win 14 young show jumper classes at L and M level as well as the 6-year-old showjumper state championship qualifier under Janne Friederike Meyer. At the Warendorf Bundeschampionat, Cachas qualified for the final by finishing 2nd in the first and winning the second qualifier class. In 2011, the stallion successfully debuted at S level in youngster classes. He continued his success, capturing wins in jumper classes at S* level with his rider Janne Friederike Meyer. His jumping ability is consistent with his bloodline. His sire Caretino and his 2nd sire Corrado I are unquestionably among the most successful stallions from the Cor de la Bryère sire line. Further back, his dam’s bloodline includes Lord and Landgraf I, the best stallions from the Ladykiller TB sire line.

Libertas' dam Glenn-Lorena was registered with the German Sporthorse Registry and approved by the Holsteiner for breeding. Her dam-line also goes back to Lord Star/Lord and the Lady Killer TB sire line. Glenn-Lorena was shown extensively for 10 years in various amateur jumper classes up to 1.5 m until she sustained a career ending injury and retired to the breeding shed.

A full set of radiographs are on file from May, 2021. Libertas' pedigree is approved by the American Hanoverian Society for breeding. She is tested WFFS n/n 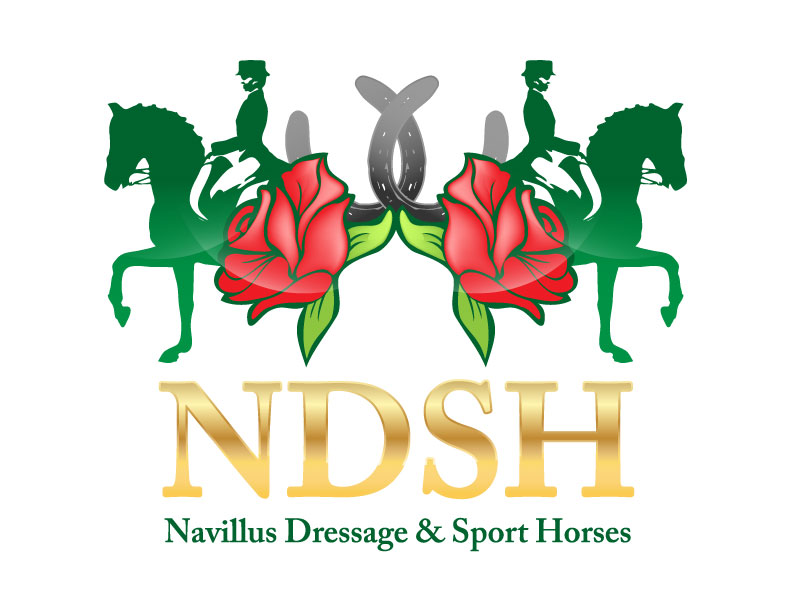 Navillus Dressage & Sport Horses, LLC is located near the Tryon International Equestrian Center in Tryon,North Carolina, USA. We are a small breeder of Hanoverian horses whose goal it is to create quality amateur friendly horses. Lucille Sullivan is a USDF bronze and silver medalist and participant in the L judges program.
Email Seller Now
Visit Seller Website
More Horses From Seller