Must Have
For Sale 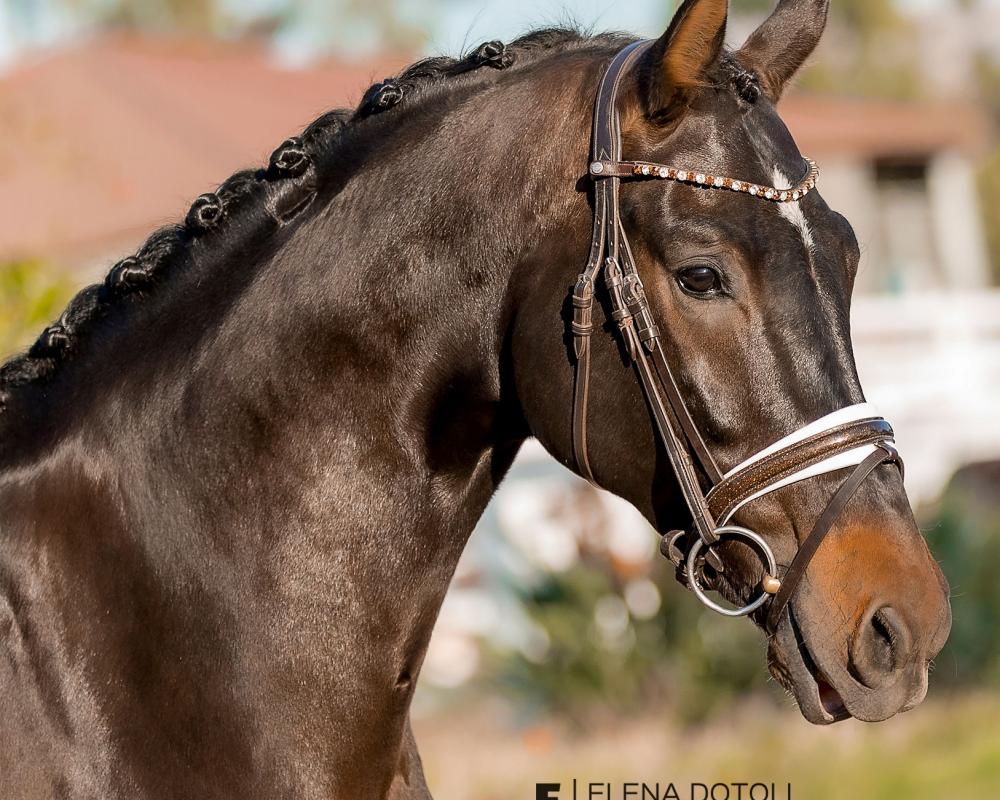 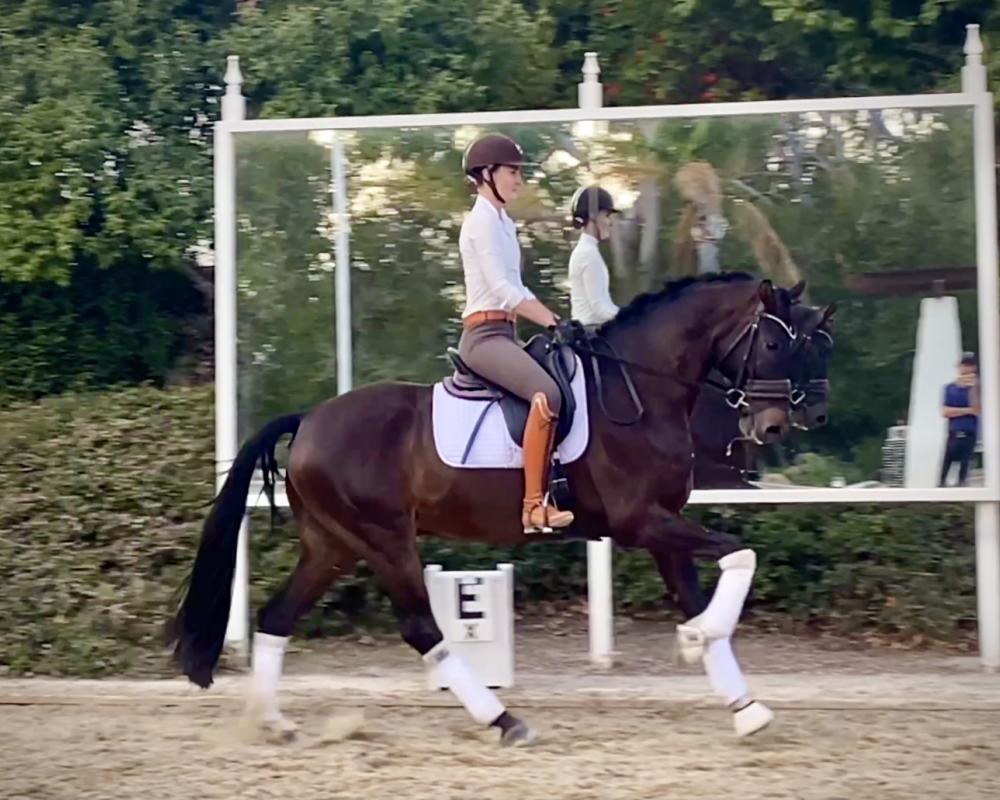 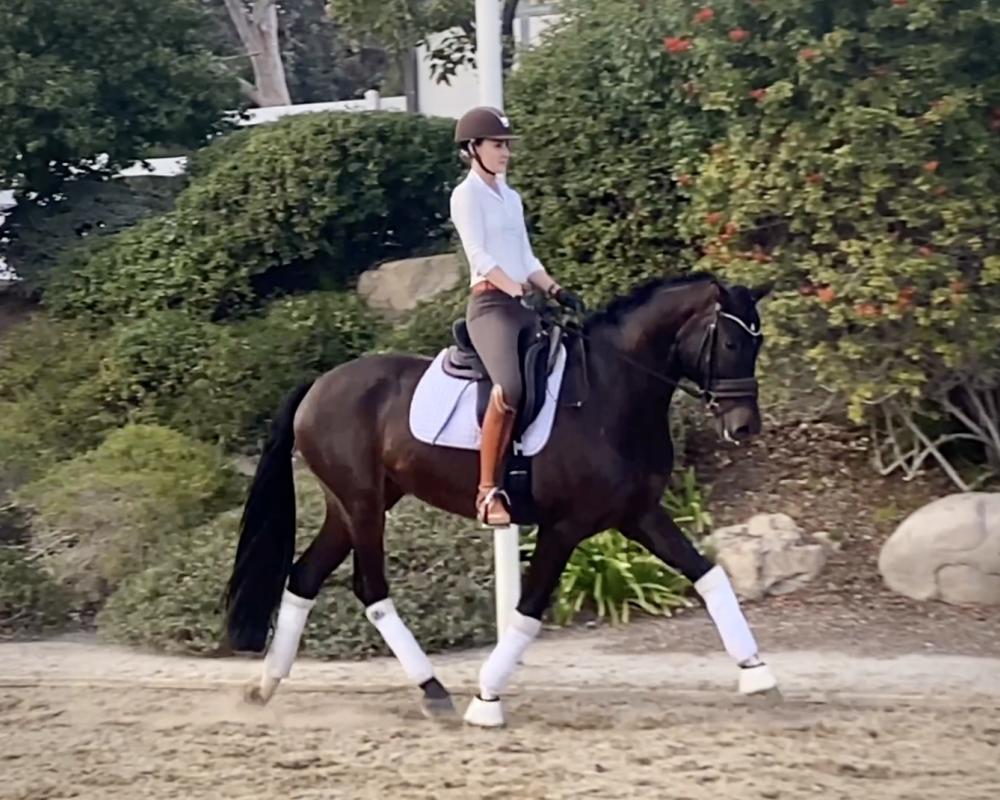 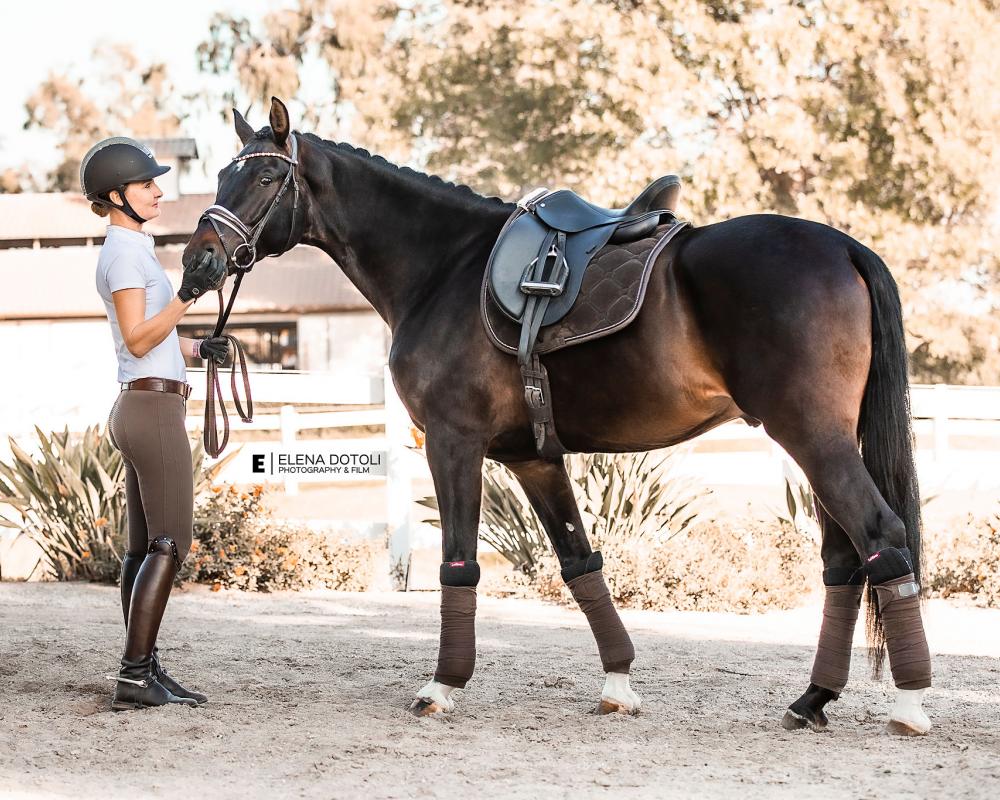 Must Have was imported to California in September 2020 after being lightly started under saddle in the Netherlands. He is now starting to school some First Level movements and showing huge talent for the upper levels with his outstanding canter and natural ability for collection. "Murphy" is a barn favorite for his lofty gaits, correct conformation, and charming character.

Murphy's sire, Indian Rock, was champion of the KWPN licensing 2016 and finalist of the World Championships for young dressage horses 2018 under Emmelie Scholtens. At the age of six, Indian Rock was also nominated for the World Cup in Ermelo.

Indian Rock is sired by Apache, who was one of the most successful sires of the KWPN in the Netherlands and can look back on an almost fairytale career in breeding and sport. Also under the saddle of Emmelie Scholtens, he was appointed to the Dutch Olympic squad in 2015 and was nominated for the European Championships in Gothenburg. With his offspring, he dominated the licensing in Hertogenbosch and was one of the most sought-after sires in dressage horse breeding in Germany.

​Damsire, Ferro, is a foundation sire whose influence is still felt long after his death in 2005. He was particularly valued for his exceptional temperament and outstanding use of the hindleg, with a brilliant attitude to his work that has been passed on to his offspring. He was not only a successful dressage stallion, but also scored well in the jumping sections his performance test, with comments that he showed a good technique over a fence and powerful gallop.

With his outstanding pedigree, top gaits, and sweet disposition, we are confident that Must Have will be an exciting FEI horse for the future.

He is sound with x-rays on file.

Claire is a United States Dressage Federation Gold, Silver and Bronze Medalist, recipient of the USDF Gold, Silver and Bronze Freestyle Bar, USDF Horse of the Year award winner, and has competed in a total of 11 USEF National Championships, including the 2013 USEF Festival of Champions, the 2012 Developing Horse Grand Prix Championship, and the 2011 Pan American Games Selection Trials. Claire completed both her undergraduate and graduate studies at Baylor University, receiving her Bachelor of Business Administration, Marketing, in 2009 and her Master's of Science in Education, Sport Management, in 2011. Claire has been riding and training full-time since graduation, starting with several years operating her own business in Central Texas. She relocated to the West Coast in 2014, working for Jan Ebeling in Southern California for two years before moving north to a beautiful private facility in Port Townsend, Washington. In 2018, Claire teamed up with Aaron Janicki of Janicki Dressage to work with him and his string of dressage sales horses. Since 2019, Claire is offering training and sales under her own Darnell Dressage in Moorpark, California, roughly one hour from Los Angeles.
Email Seller Now
Visit Seller Website
More Horses From Seller