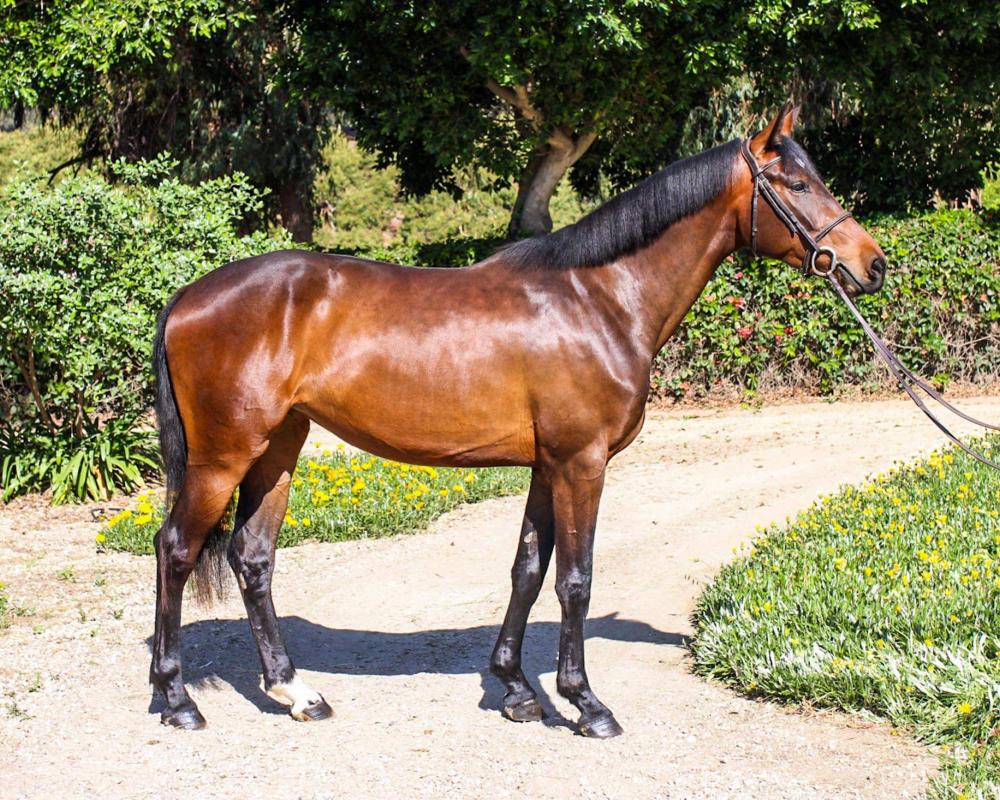 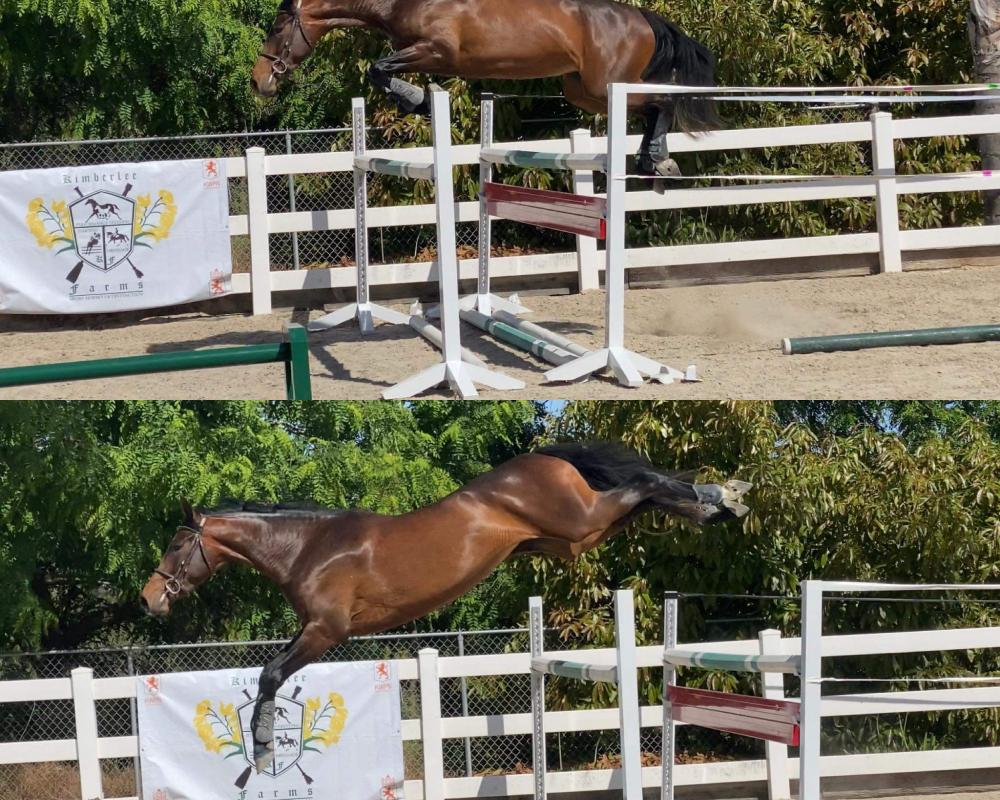 2017 imported filly by Carrera VDL out of provisional keur mare by Zirocco Blue from stamm 242. Top pedigree for breeding or sport. Mya has both her prok and D-OC predicates.

Super talented imported young mare by Carrera out of imported Zirocco Blue provisional keur mare. This is as serious of a Grand Prix prospect as you will find available already on US soil. Her trainer desperately wants to keep her to develop for top sport! Incredible scope, a natural balance through the chute like is rarely seen, all with a wonderfully agreeable mind. She has been started under saddle & is showing every indication that she will be a great partner.

Carrera is a striking and interestingly bred horse from a combination of two Olympic stallions. Sire, Cardento, won three Silver medals under Peter Eriksson at the Olympics, the World Championship and the European Championship. As a sire Cardento is a producer of international jumping offspring who participate at European and World Championships and the Olympic Games.

Grand sire, Baloubet du Rouet, was Olympic Champion with Rodrigo Pessoa; a three-time winner of World Cup Finals; and also claimed the winner’s sash in several GP’s and World Cup Qualifiers. Baloubet du Rouet is also famous as the sire of VDL Bubalu, Palloubet d’Halong and Chaman among others. Continuing in the line is Nurzeus, a stallion that sired many good jumpers such as Midnight Madness, Zippo, Ennio, etc.

Carrera’s dam is an international 1.45m jumper, and is a half-sister to the famous international jumper stallion Tinka’s Boy, winner of many GP’s and World Cup Qualifiers plus the final with Markus Fuchs.

Carrera shone under Jur Vrieling with whom he was successful at the highest level. Carrera started 2017 strong with the winning of the Grand Prix Vestfold. Before he won the Grand Prix of Wolden, a 1.50m class in Bonheiden and in Oldenburg. With the Dutch team Carrera won the Nations Cup in Drammen. Other notable placings: 2nd GP Oldenburg, 2nd 1.50m Drachten and Maastricht, 3rd GP Wiener Neustadt and 4th in the GP Maastricht.

Offspring
Carrera gives horses with attitude, scope, and excellent jumping technique. His oldest offspring will be 8 years old and perform successfully internationally. For example, Gold Finger, which was sold for € 135,000 in the Wolden Summer Sale, was sixth among the seven-year-olds under Jan Schuttert.
Big names have offspring of Carrera VDL in their stables, as did Gerco Schröder who thanks to Glock last year managed to secure Glock's Novellist for the sport. In previous years Garbarant RT became reserve champion of the 5-year-old jumping horses and in the final of the Open Scandinavian championship for 4-year olds there was a third place for Cara vd Tojope Hoeve Z.
Carrera VDL offspring are also excellent at the inspections. Nadall VDL became reserve champion of the stallion colts in Harich, Nadine Madame C became reserve champion at the Central Inspection of North Holland, Nice was fourth at the Central Inspection of Limburg, et cetera.
In the past Cuba Libre W Z passed her IBOP test with a top score of 84 points becoming Champion of the 4 - 7-year old mares at the CK Friesland. In 2015, Hadera CJS was Champion of the Open North Netherlands Championships in free jumping (ONNK). Son Merlin VDL was 6th in the final of the National Foal Show

In 2018, his son Kallmar was approved by the KWPN and came out on top with no less than 87.5 points.

Imported dam, Hartog VDL prov keur, prok, D-OC, is from stamm 242 which is one of the most important jumper stamms in Europe. Hartog is out of the famous mare, Notre Dame VDL, who is awarded ‘ster, preferent and prestatie’ and her sister Kyacinthe is awarded the same and is dam of the approved stallion Falsterbo VDL.

Myacinthe Dame VDL should mature to 16.1.