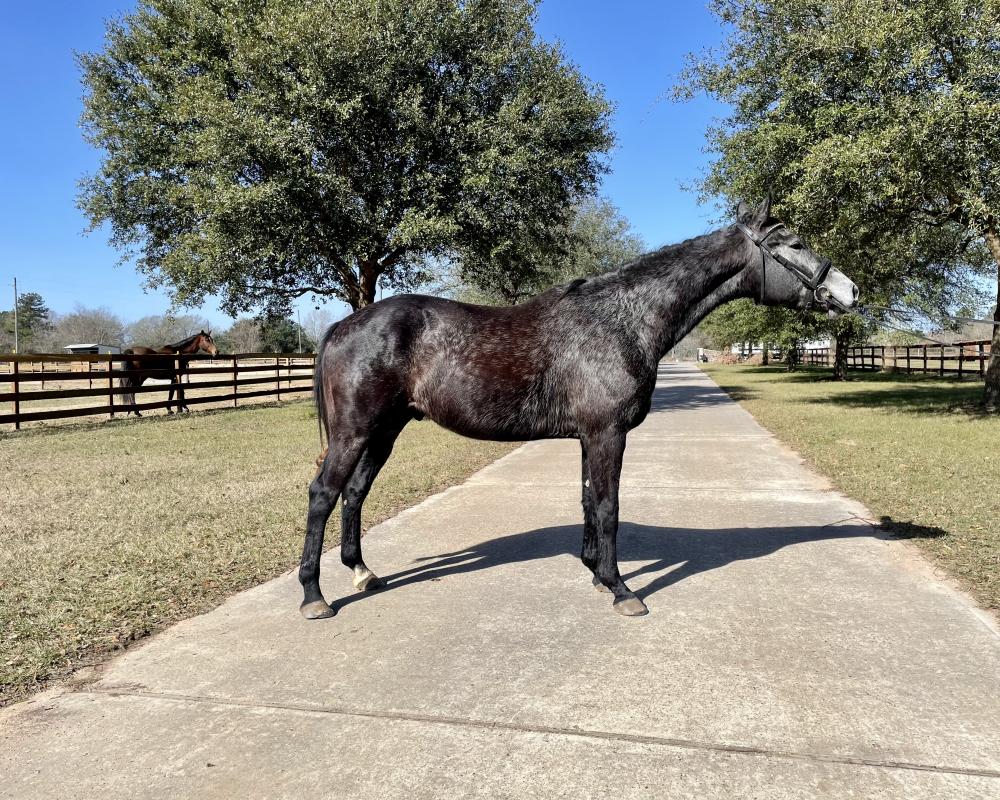 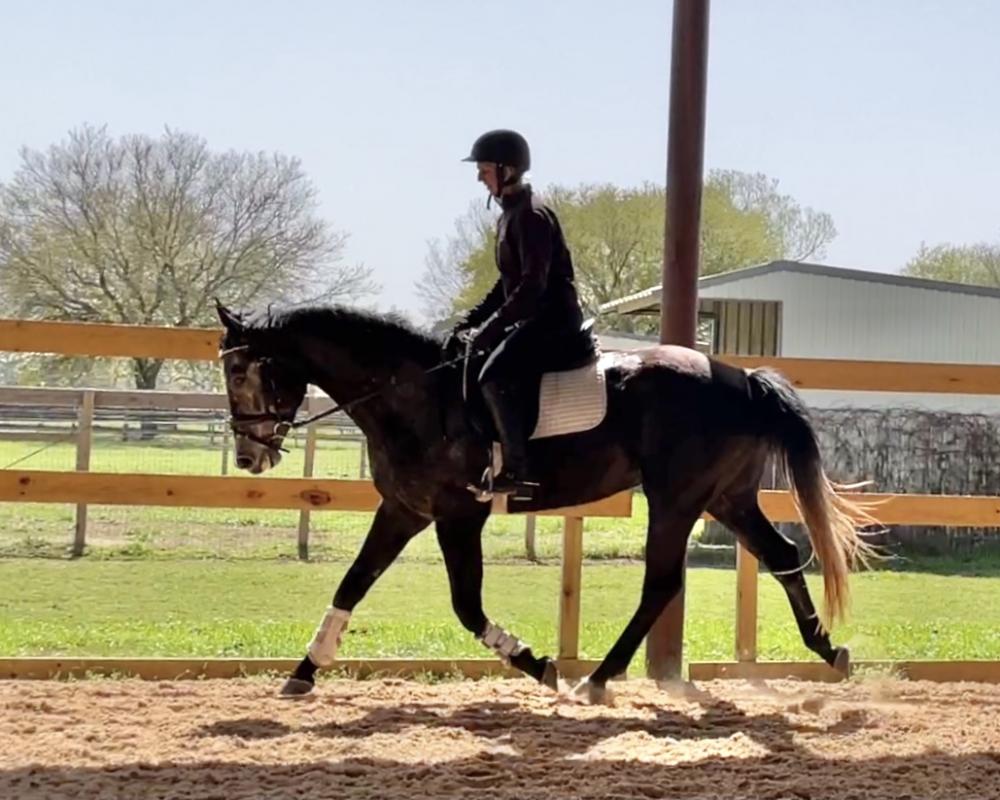 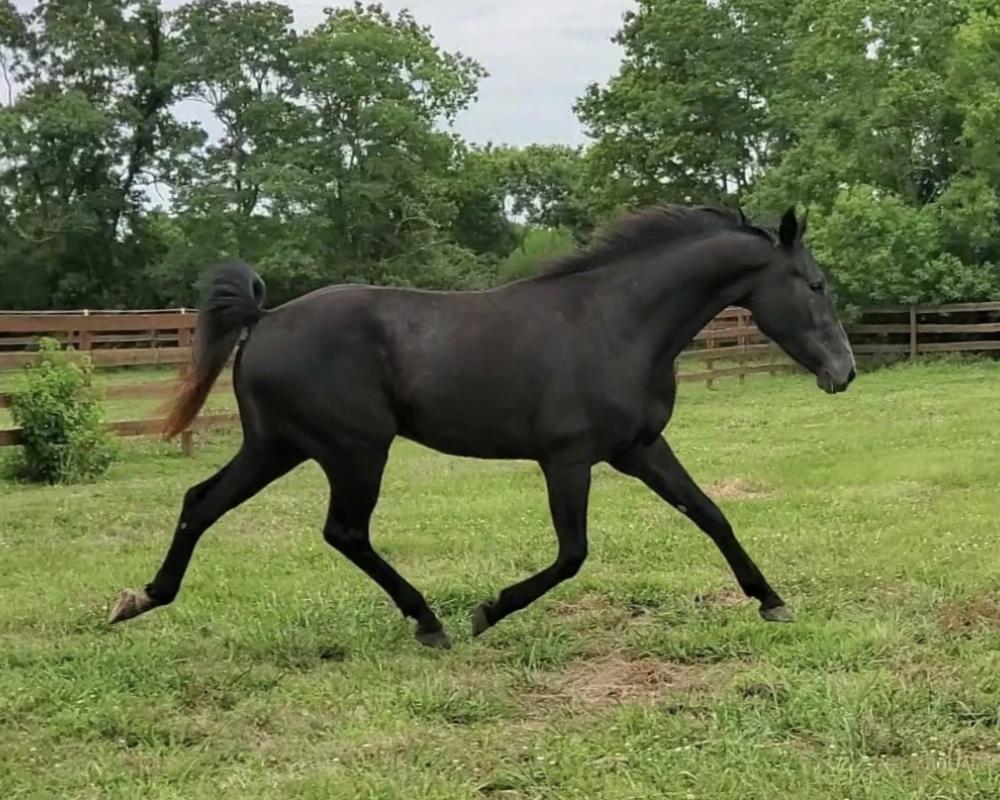 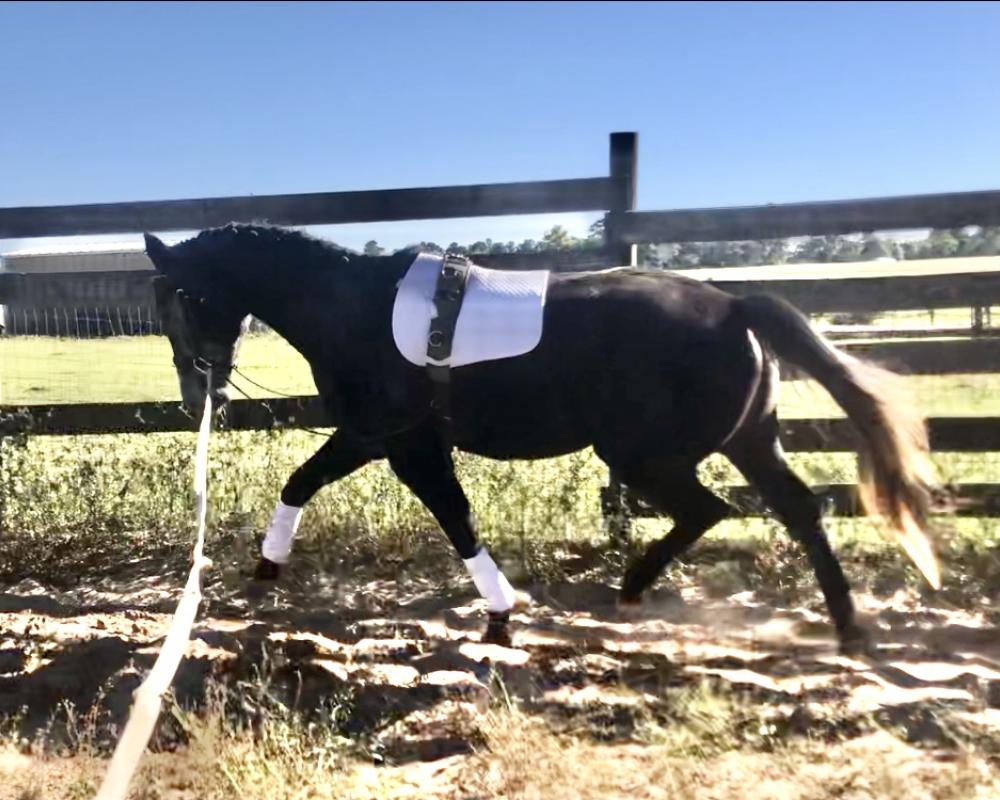 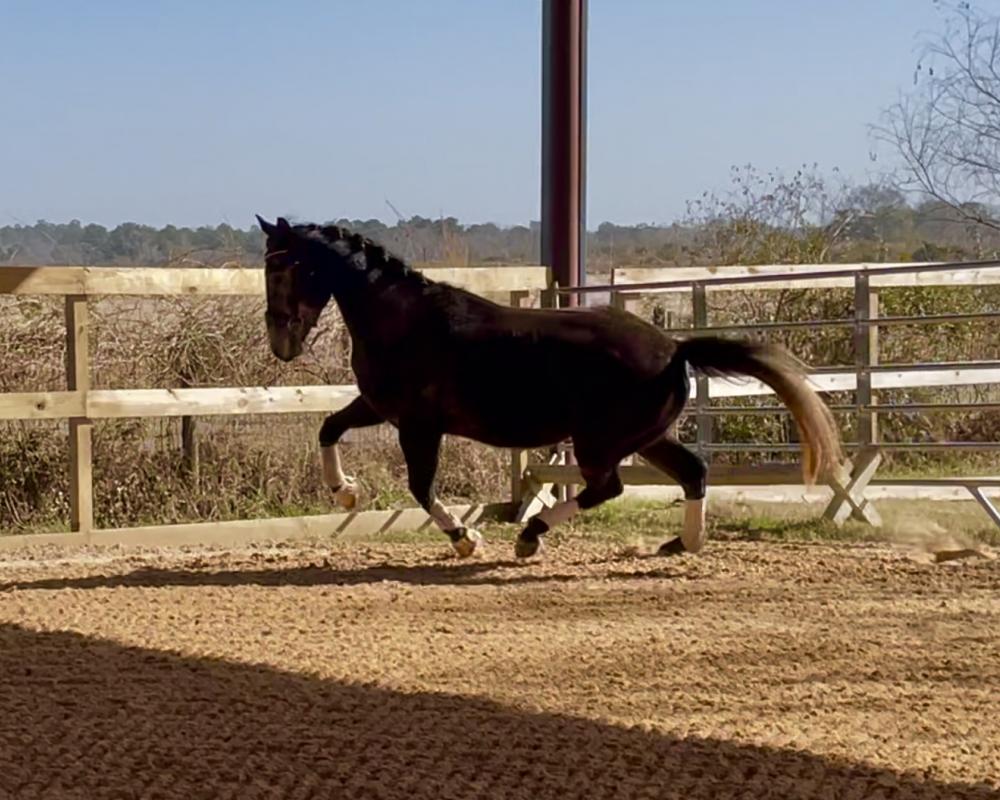 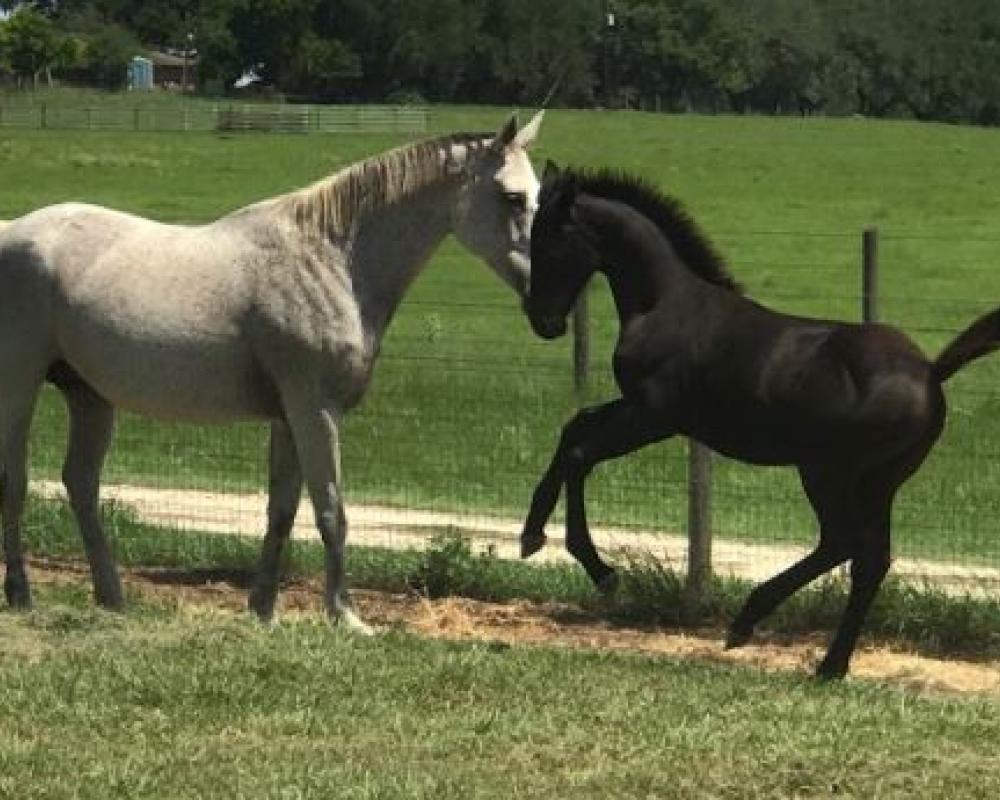 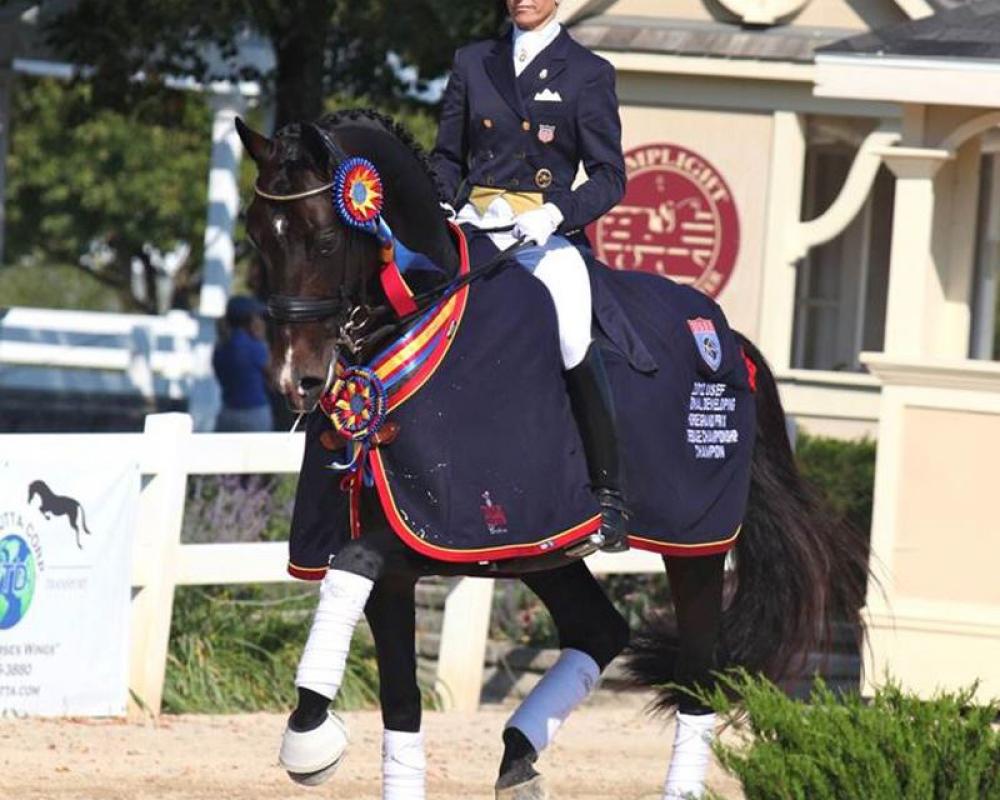 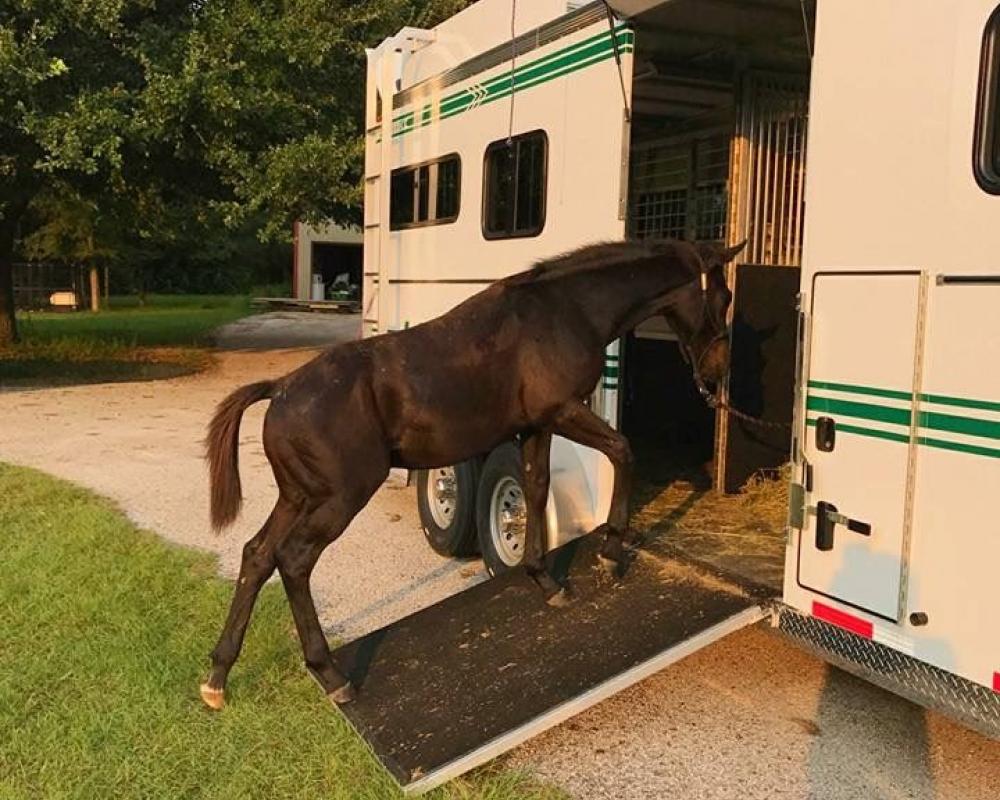 Strong, confident, and even-tempered 2017 Oldenburg gelding by the 3-time US National Champion Grand Prix Hanoverian stallion Pikko del Cerro HU (Pik L/Rohdiamant/Grundstein II) ridden by Lisa Wilcox. His dam is a premium Oldenburg mare by Ideal that competed through 4th level. Pikko del Rebaño has breathtaking movement, powerful suspension, and a pedigree of performance success that both amateurs and professionals will be pleased with. This boy is destined for excellence in the show ring.

This boy has show experience, lifetime USDF & USEF memberships, a microchip, basic ground handling, and has been raised on a small family farm in a setting that promotes trust and obedience.

About his sire:
Pikko del Cerro’s career began with a record setting score of 90% at the prestigious Dressage at Devon Breed Show and he was named Champion Stallion in 2009. That same year, Cerro won his first National Championship at the USEF Six-Year Old National Championships. He had subsequent wins in the USEF Developing Prix St. Georges & Developing Grand Prix Championships as well. Under Lisa Wilcox, Pikko del Cerro HU graduated to the International CDI Grand Prix ring and had multiple CDI wins with scores over 70%.

Cerro’s damsire, Rohdiamant, was long-listed for the US Olympic Team with rider Lisa Wilcox. As a breeding stallion his influence will be felt for generations to come. Grandsire Grundstein II was a versatile sire of both dressage and show jumping horses that have competed at the WEG and Olympic Games.