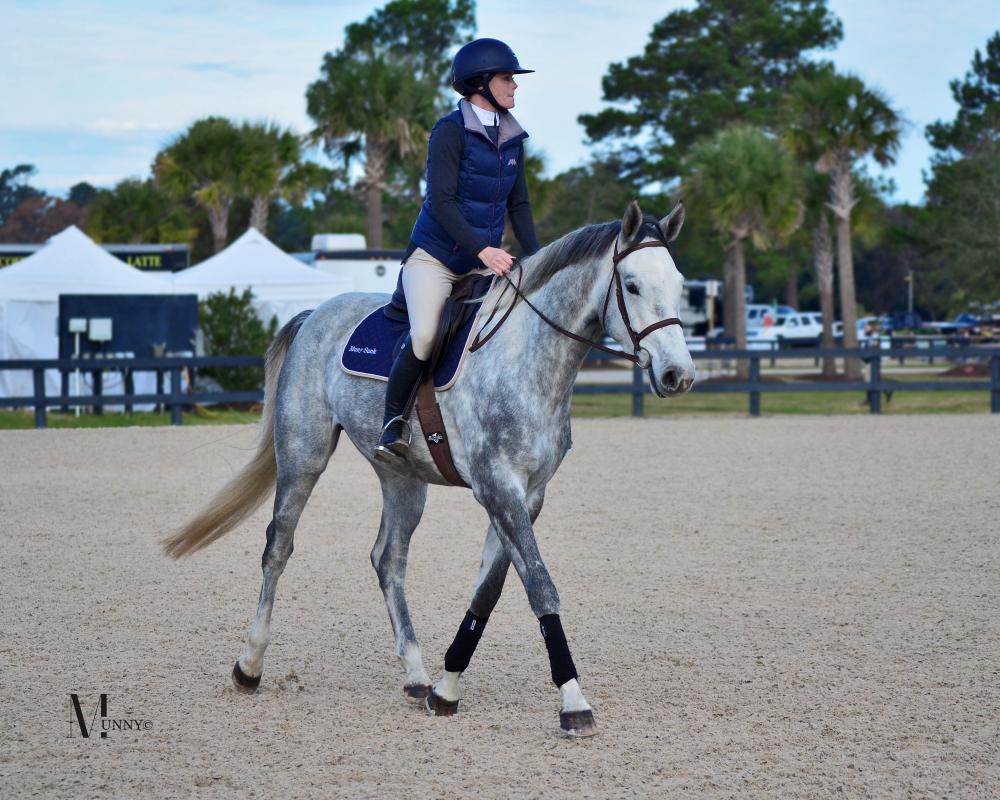 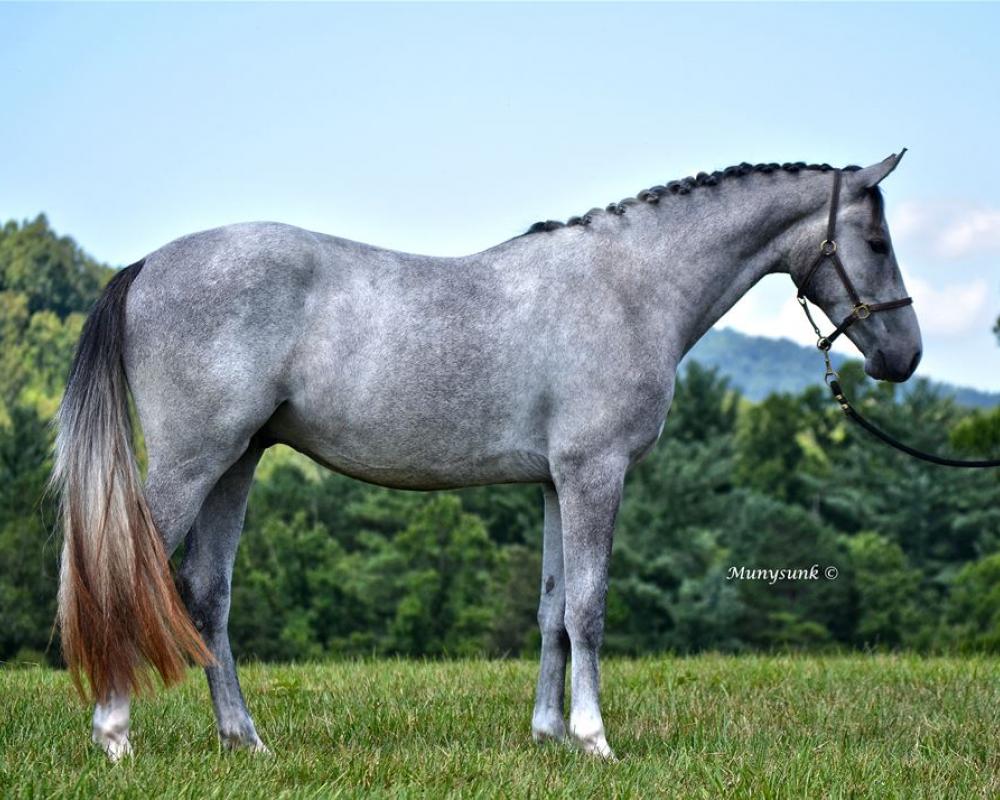 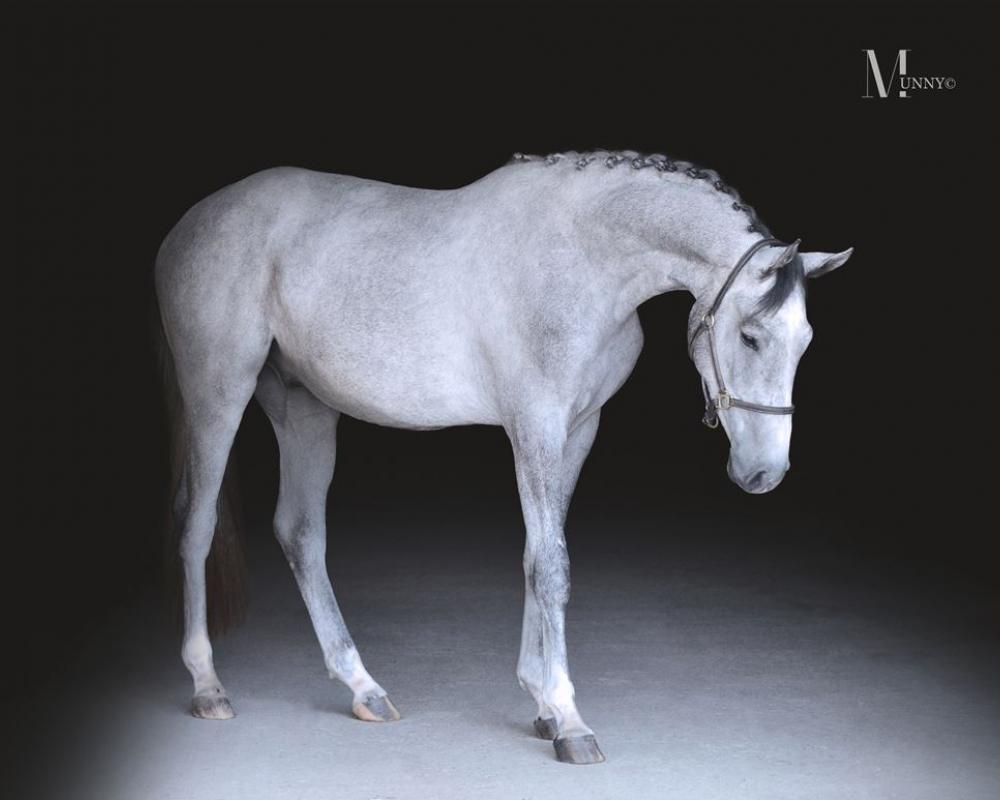 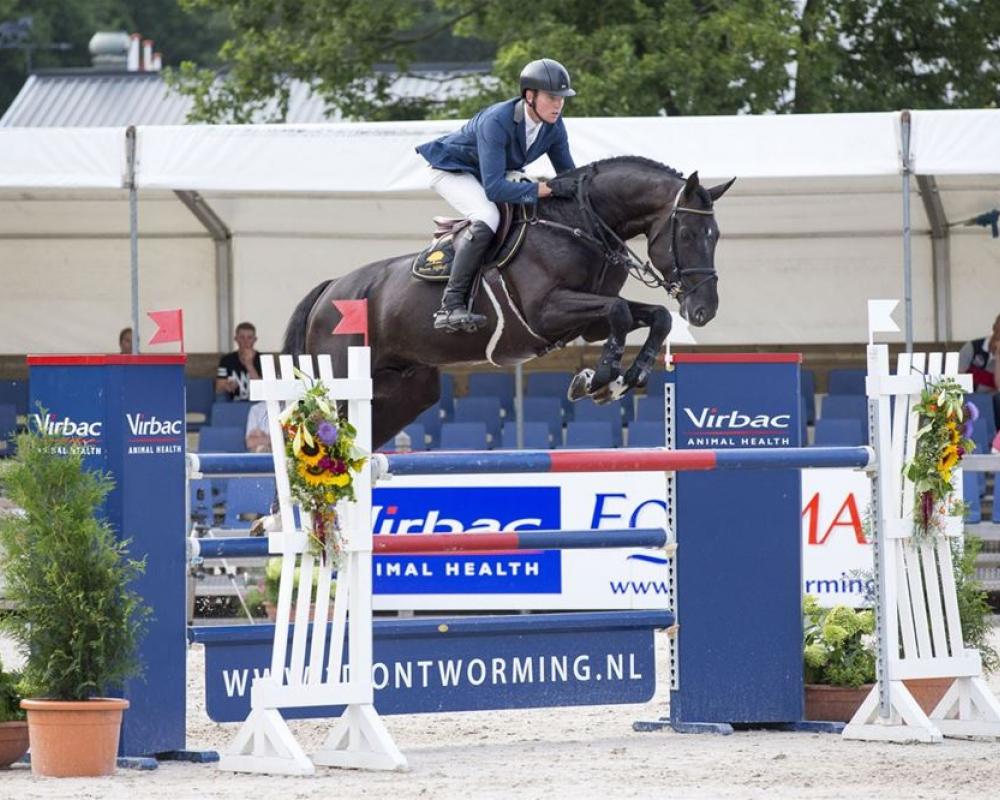 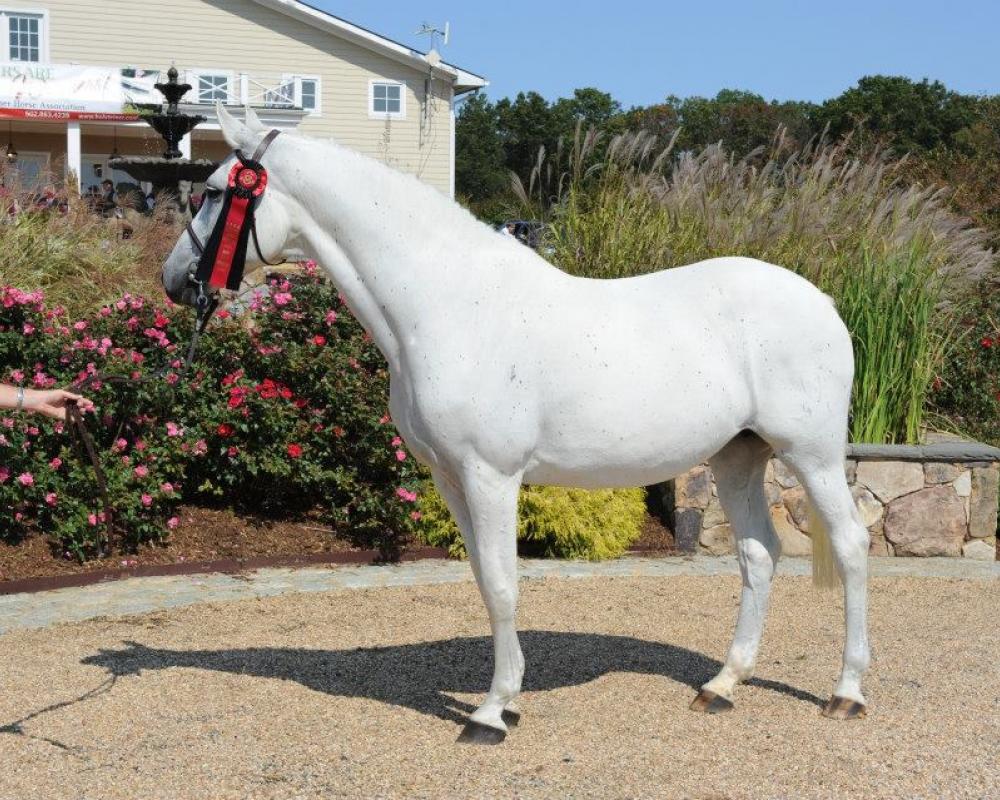 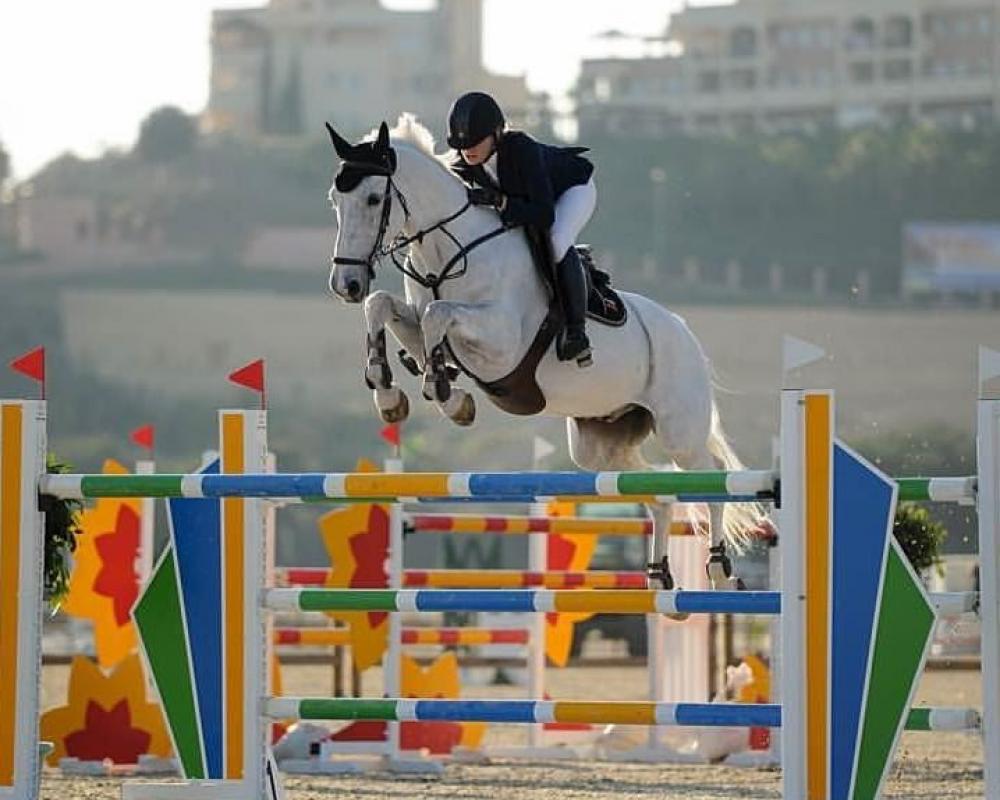 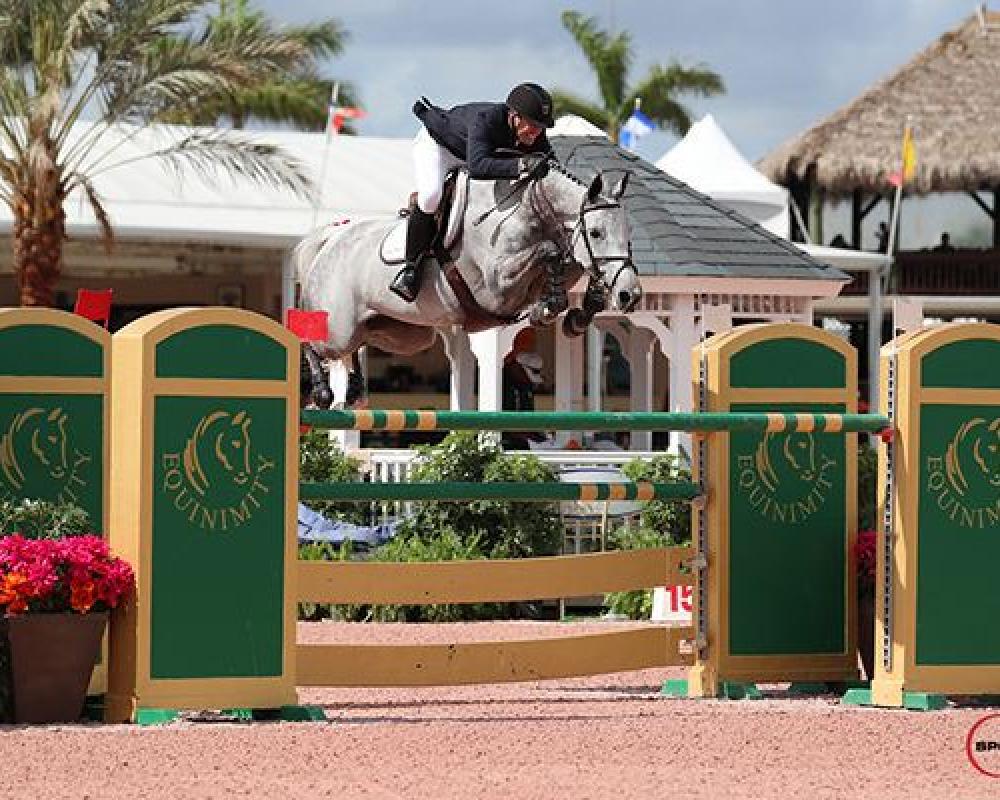 Q7 Munny was the first I'm Special de Muze foal born in North America and is no less than a very "special" horse all on his own. Q7 has balanced, floating gaits and has a beautiful jumping technique to boot. He is respecting and well-versed in all daily routines and has a great work ethic undersaddle so far. Q7 has all of the genetics to be a top jumper, but with rideability and temperament such as his, he also will make for a beautiful high performance hunter.

Sire, I'm special de Muze is a promising young stallion by the Olympic stallion Emerald out of one of the best performance breeding lines in Belgium. His dam, Walnut de Muze, also ridden by Emerald's jockey, Harrie Smolders, was a top World Cup jumper. I'm Special de Muze himself is proving to be equally as good in the breeding shed as he is in the show ring. Under young rider Zoi Snels, he competed at 1.50m.

Dam, Obsession van't Ruytershof jumped 1.45m and was a 4 & 5 year old finalist at the Belgian Championships in Gesves. Prior to entering sport, she was bred twice to the great Quidam de Revel which resulted in two lovely foals. Desire van 't Ruytershof, whom currently jumps very successfully in the 1.50m classes with an amateur rider and Celebration van 't Ruytershof the dam of McLain Ward's new jumping sensation, Bellefleur PS Z. Celebration has also produced a stallion by Querlybet Hero which jumps at 1.30m in Argentina and foals by Crowntano Z, one of which qualified for the Danish 4 year old championship finals in 2018. Conquest PS Z is also beginning her career in the jumper ring with a qualification for both the Danish young jumper finals, but also FEI World Championships at Lanaken. Both fillies, Conquest PS Z and Chique PS Z, were invited to Z-Festival of Zangersheide in their respective years. Obsession also had 2 lovely offspring by Candillo Junior that are beginning their respective sport careers in the hunter and jumper rings. Furthermore, Obsession's dam Kirby (Cathleen IV) competed successfully at the 1.45m height with Irish rider Nathan Primrose and granddam, Europa VI, was a finalist at the Belgian Championships in Gesves. 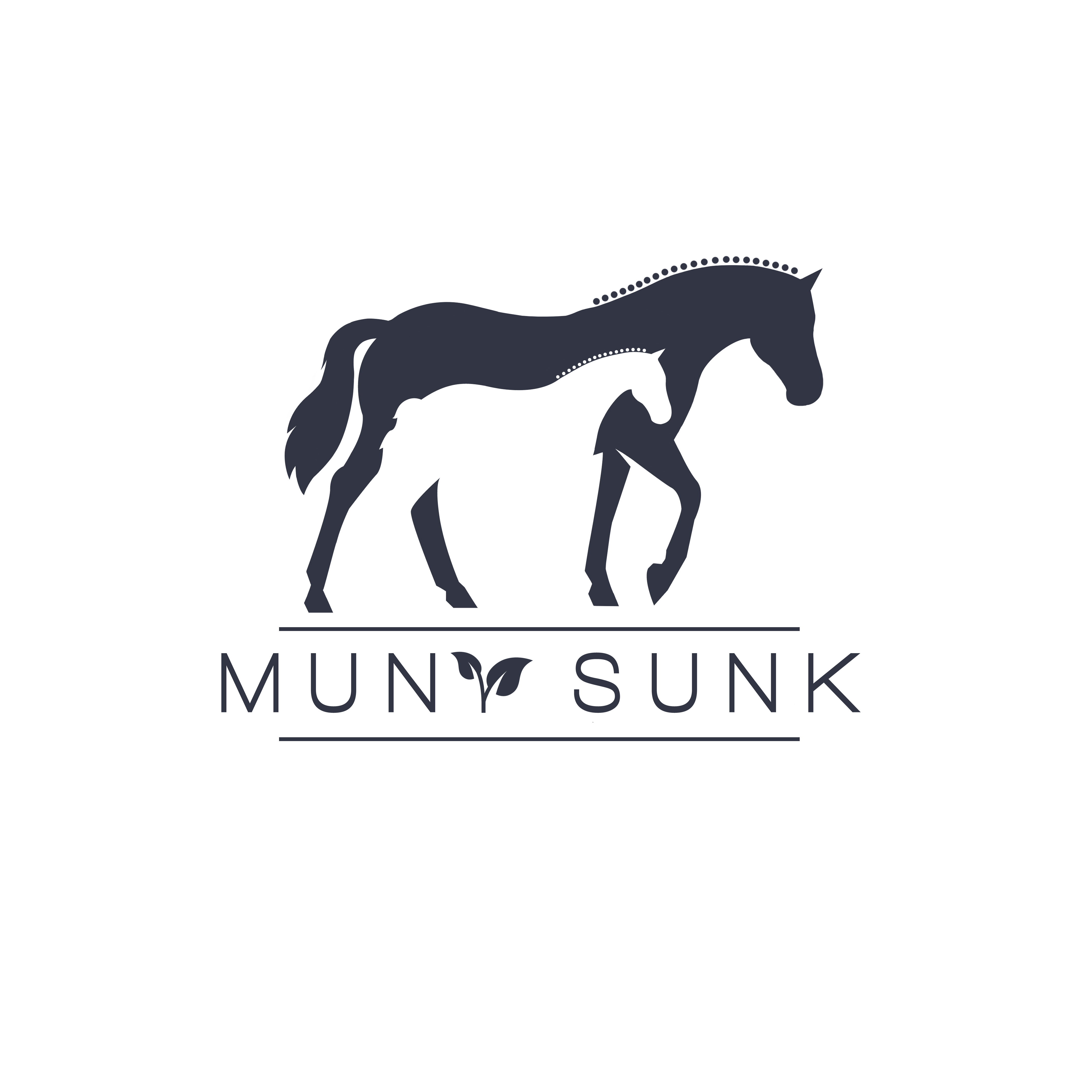