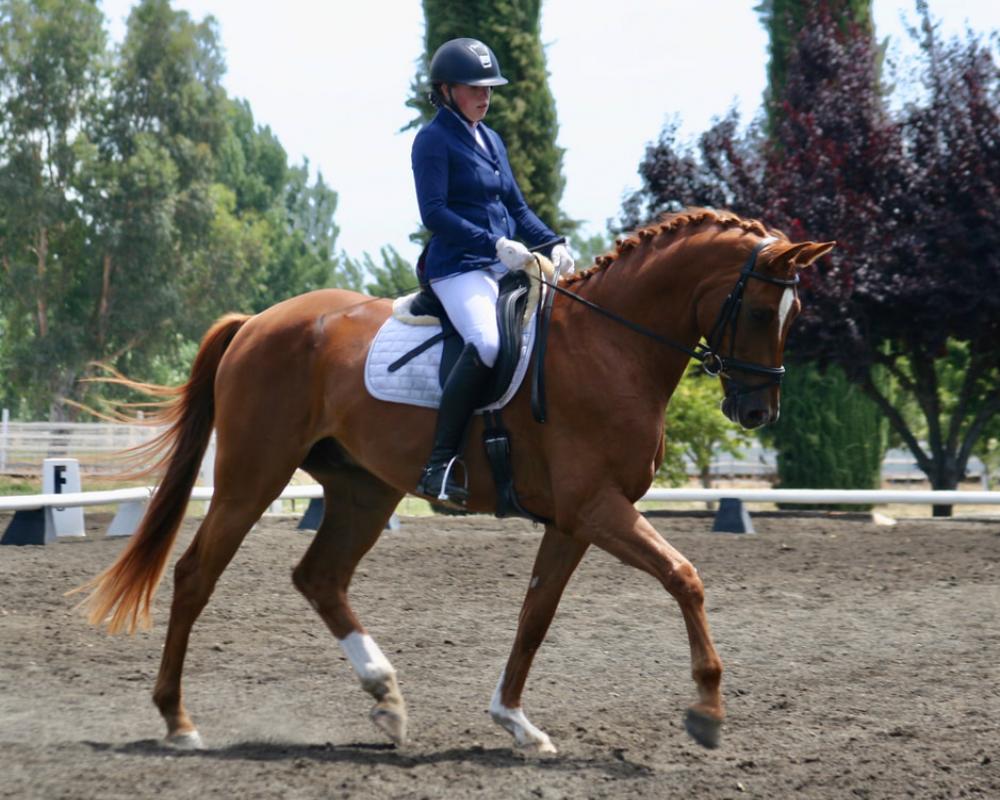 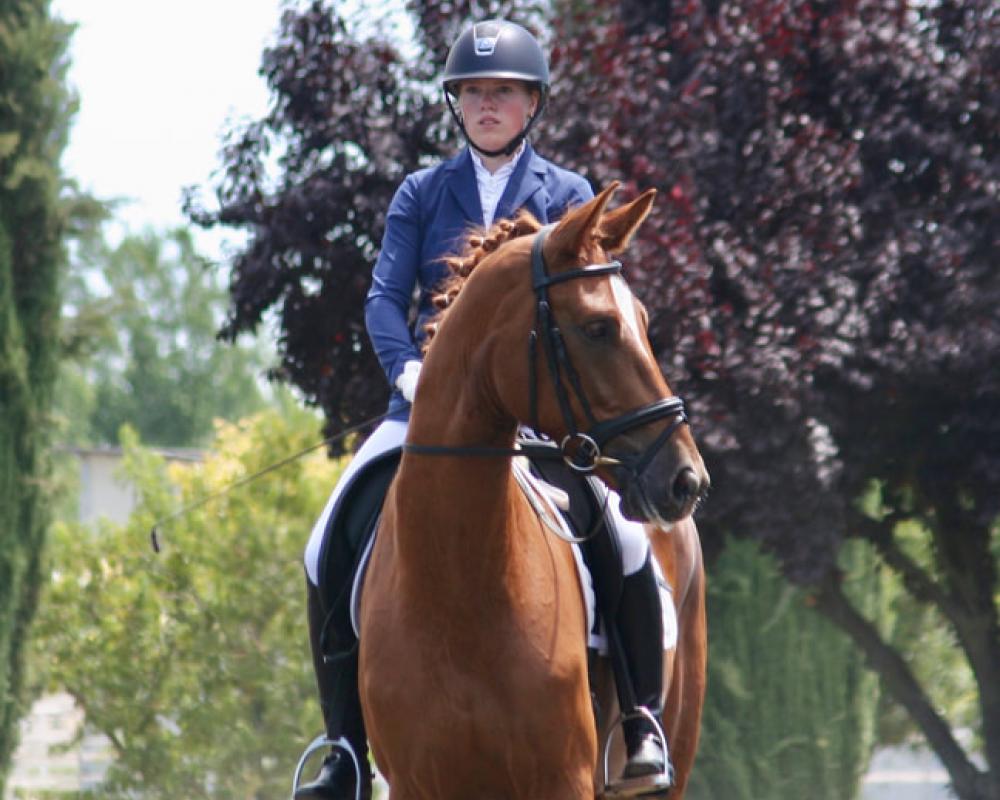 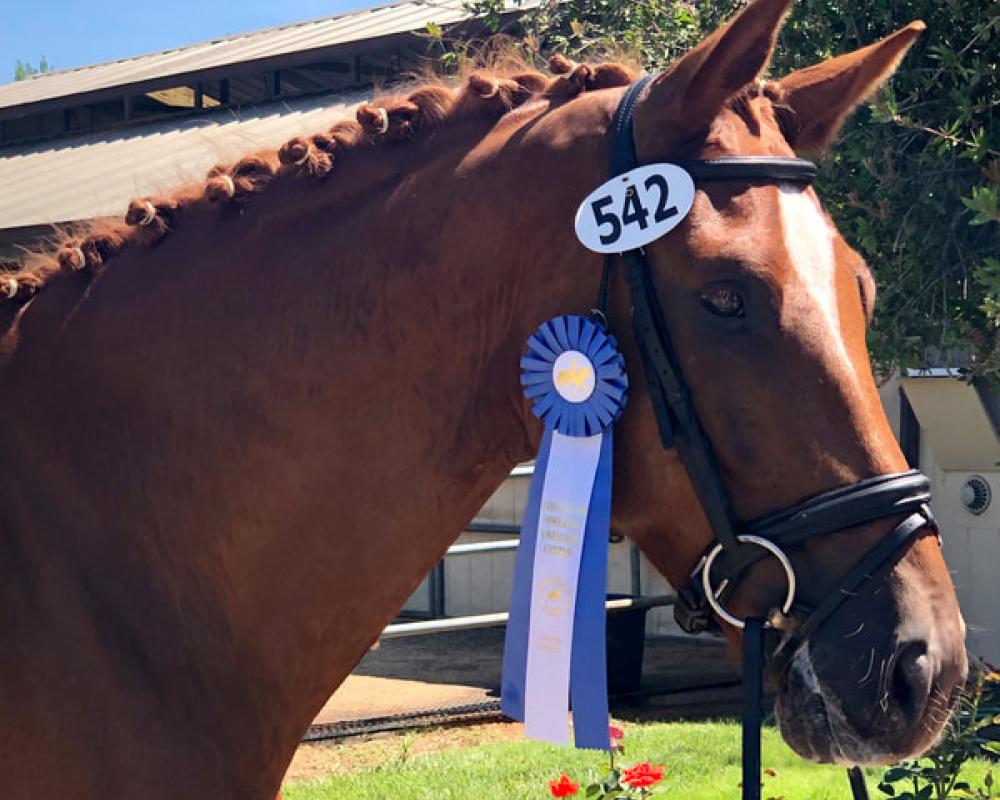 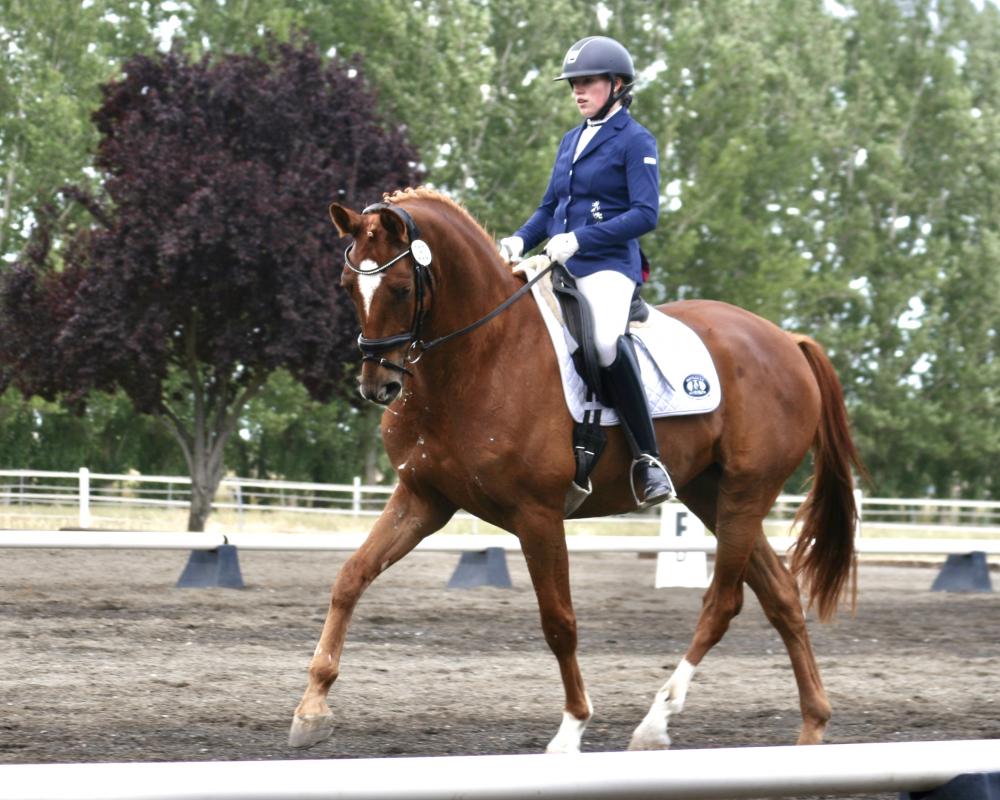 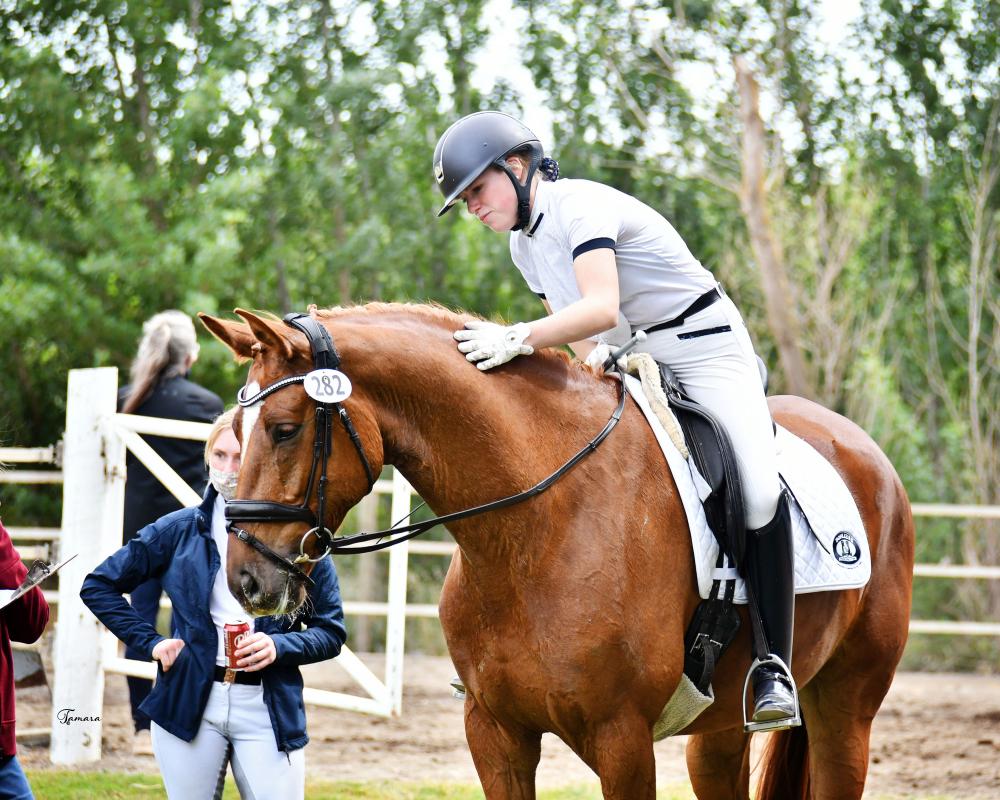 Qunique was born and raised here at CNDC. He was stared at our facility by a Junior/ Young Rider in November 2019 and half a year later she had already competed with him at his first Dressage Show earning scores in the 70s. During his first year under saddle, this gelding went on to earn the Reserve Junior Championships in Northern California at Training Level, receiving scores in the 70s, including multiple 9s. By the end of the 2020 season, Qunique won the USDF Training Level at the California Annual Championship Show. In November 2020, the pair reached their next milestone when competing at First Level for the first time and right away earning a 72%! At 5 years old, during the 2021 show season, the chestnut gelding has scored in the mid-70's at Second Level and awed the judges with his performances at the Young Horse Qualifiers for the US Championship in Chicago, bringing home scores up to 84%!

​Qunique is very people oriented and loves the attention he gets from anyone stopping by his stall.

This chestnut gelding is out of our mare Ferara, who has produced multiple top quality Dressage foals. His half sister Wintessa has been trained up through PSG/ I1 and received scores into the 70s at CDIs here in California. Another half sister, Donna Dia, has also had a promising start to her show career, receiving 73% at First Level at 5 years of age.

Qunique has has a very expressive and easy to sit canter, an elastic trot, a rhythmic walk, and above all, a great mind. He is a perfect horse for someone looking to bring a horse up through the levels and have lots of fun on the way.