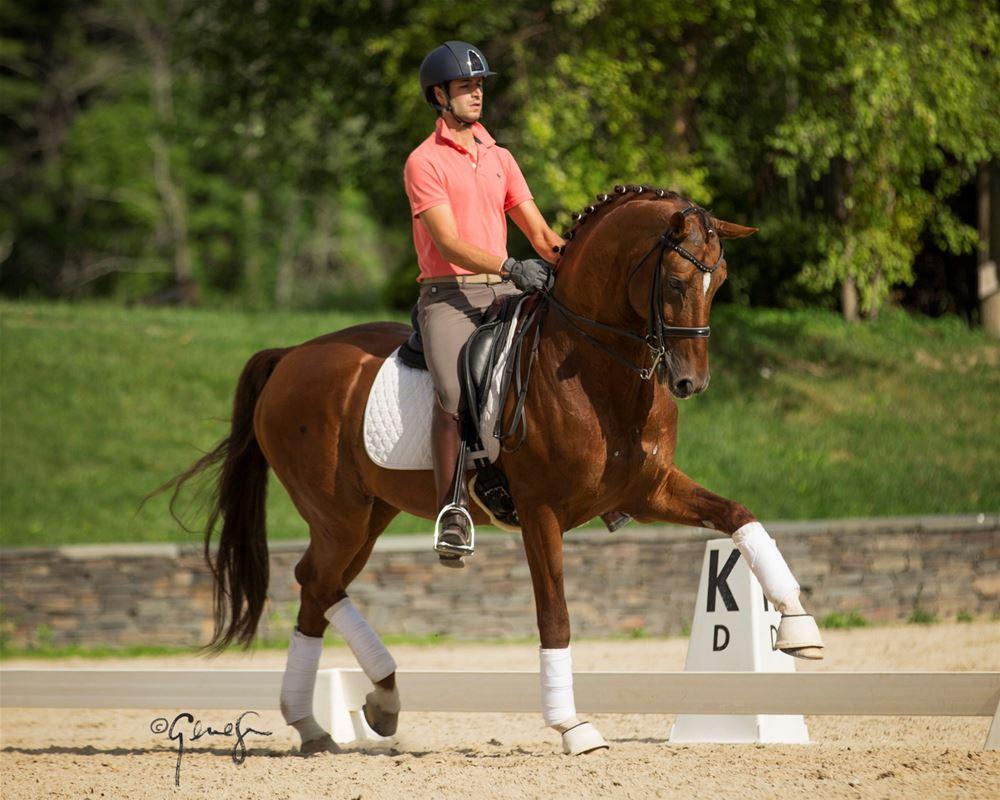 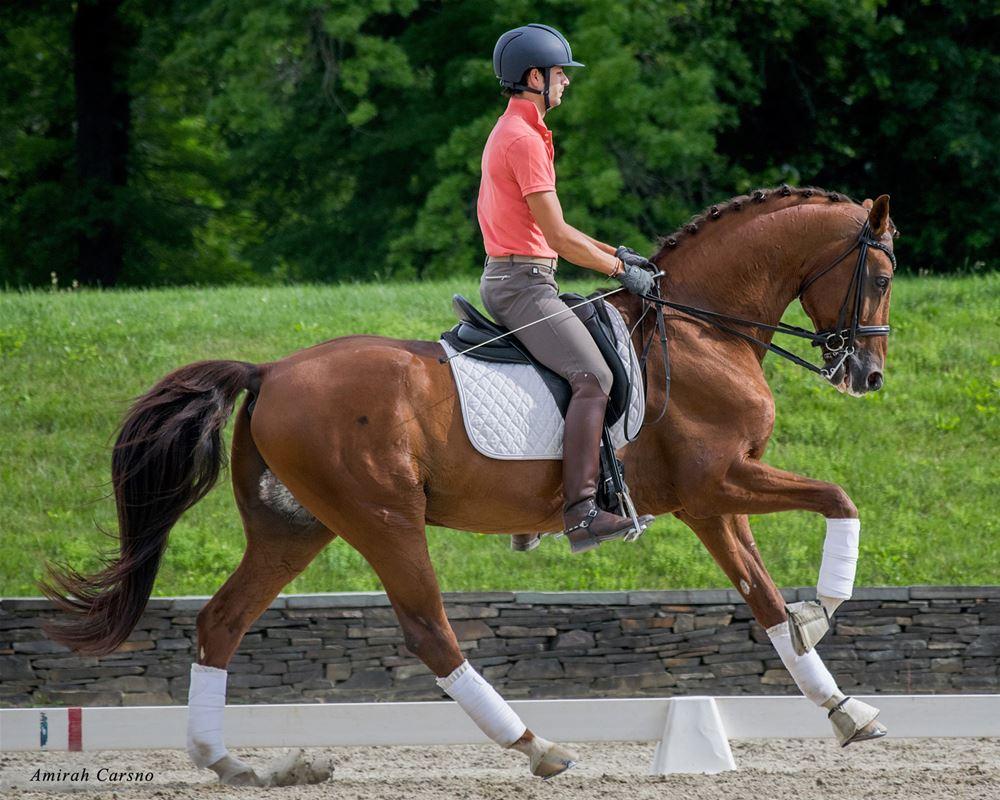 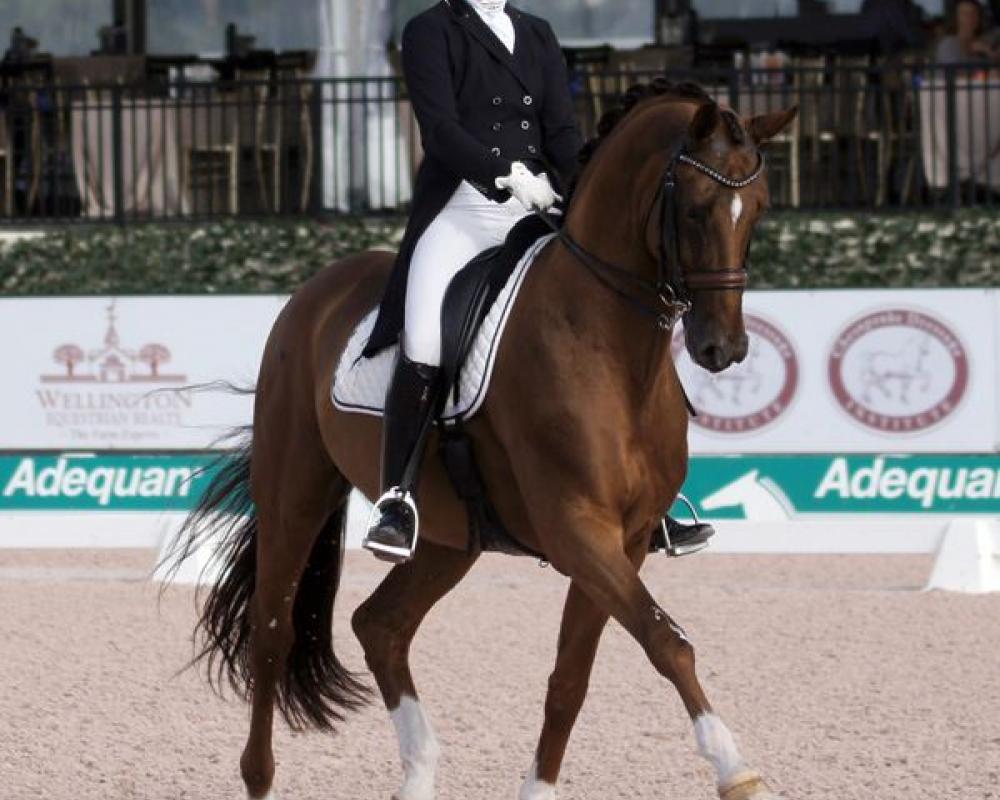 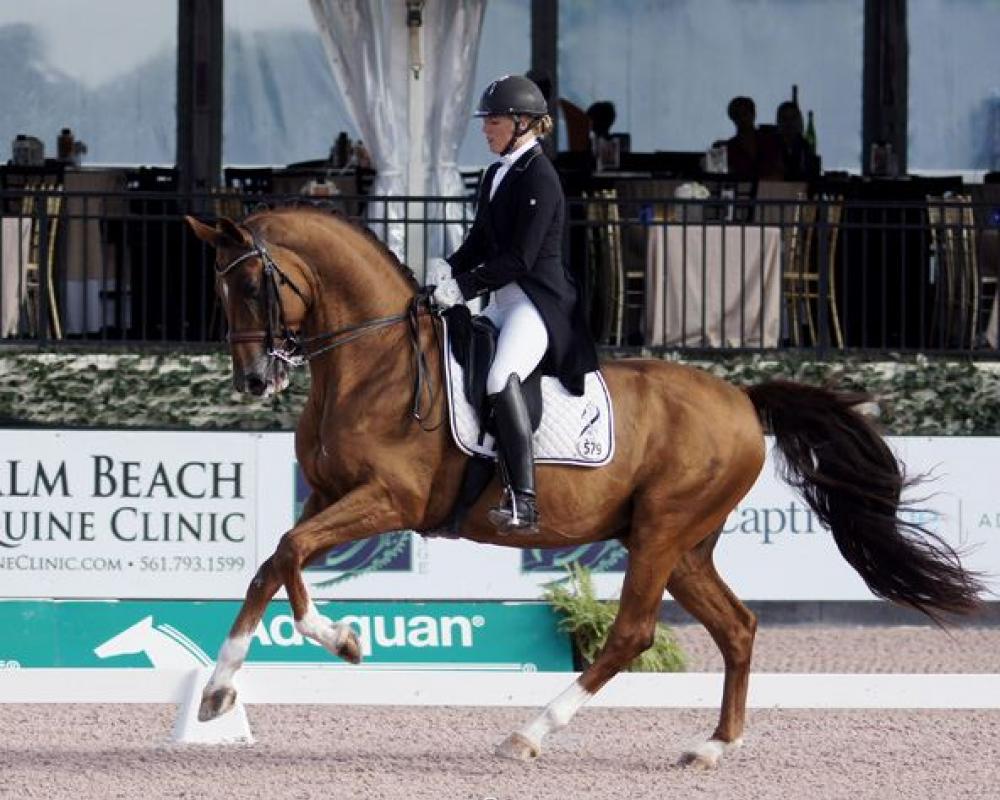 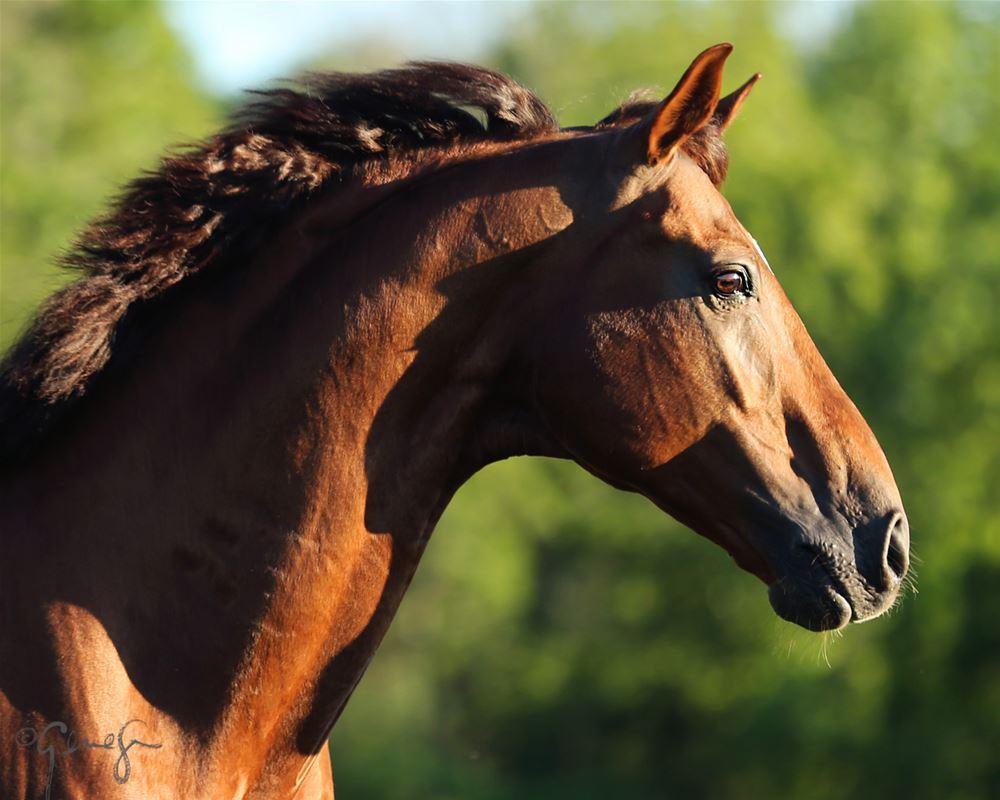 NOW APPROVED HANOVERIAN! Royal Prinz (Royal Diamond-Dream of Glory) is an elegant, long-legged stallion that has had a long FEI career including CDI wins, National Championships, and USDF Horse of the Year and All-Breeds Awards.

Royal Prinz is an elegant, long-legged stallion has had a long FEI career that includes CDI wins in Wellington, Tryon, Saugerties, and San Juan Capistrano. He was the 2012 Reserve Champion of the USEF National Championships at Intermediaire, USDF All-Breeds Champion at Prix St. Georges, USDF All-Breeds Reserve Champion at Intermediaire I, and 3rd in USDF Horse of the Year standings. Under several riders, he has proven his talent and consistency.

Royal Prinz is sired by Royal Diamond (Rubinstein I-Inschallah). Royal Diamond earned attention as Champion of his Stallion Performance Test with an impressive 140 points overall and 150 points in dressage. He went on to win the Bundeschampionat with Lisa Wilcox and developed up to the Grand Prix level. Royal Diamond is also a full-brother to Rohdiamant. Royal Prinz’s damsire is Dream of Glory (Donnerhall-Pik Bube), a stallion that has proven particularly influential as a damsire including as seen in our own CDI Grand Prix horse Qredit Hilltop.

Bred only lightly in his early years, Royal Prinz offspring have already succeeded well in dressage and eventing. From his earliest foal crop, the Oldenburg mare Roma won the 2020 USDF Region 7 Jr/YR Prix St. Georges Championship. His first foals through Hilltop Farm very much impressed us with their type and high-quality movement across a variety of mares. The colt Redford HTF (ds. Contucci) was awarded the coveted new Gold Medal Foal award at his AHS Inspection. In 2020, Rapscallion ASH was the USDF Horse of the Year for Dressage Sporthorse Breeding Yearling Colts/Geldings. Royal Prinz’s stamp is particularly evident in their head/neck, expression, and freedom of the shoulder.