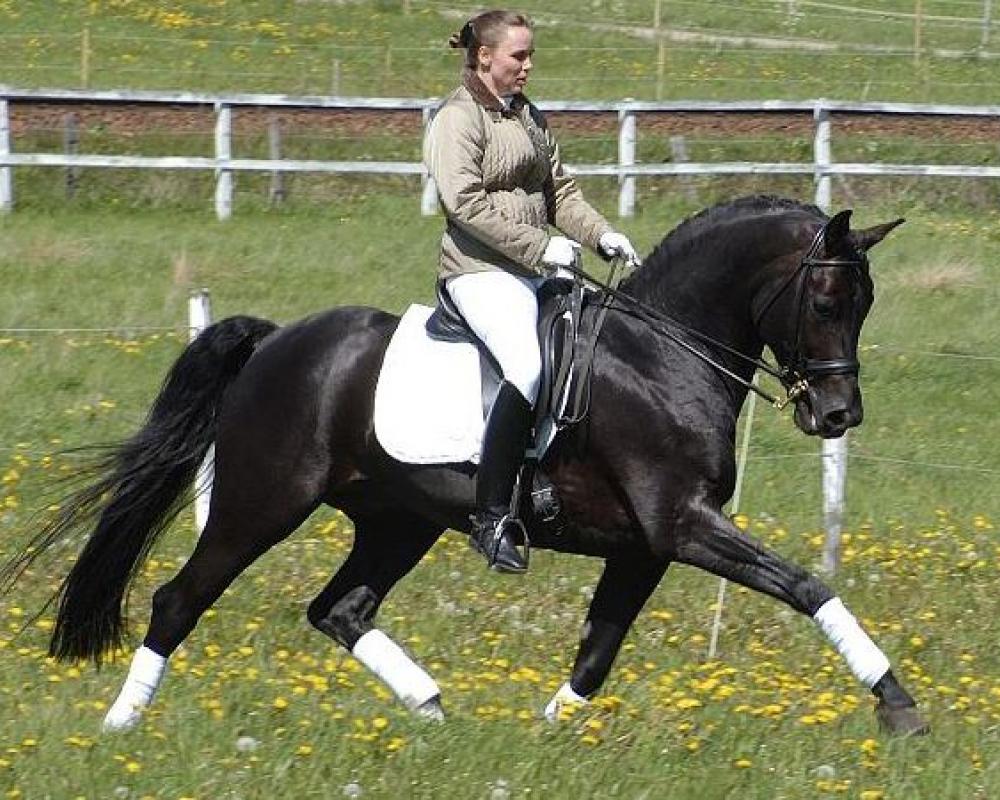 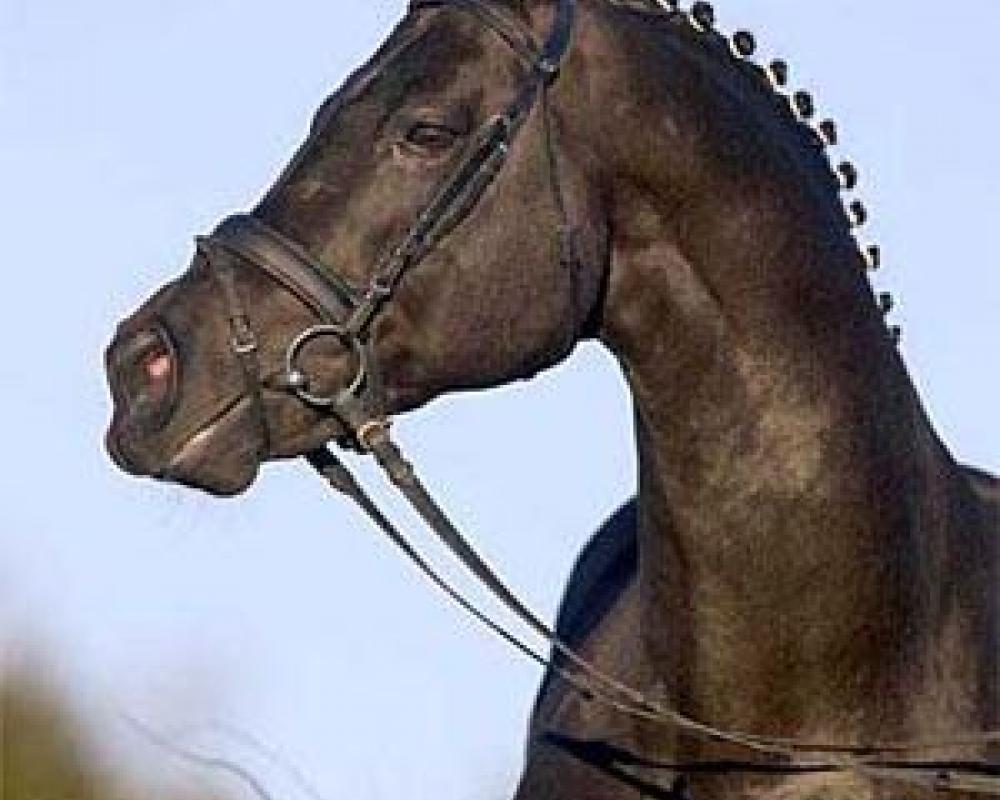 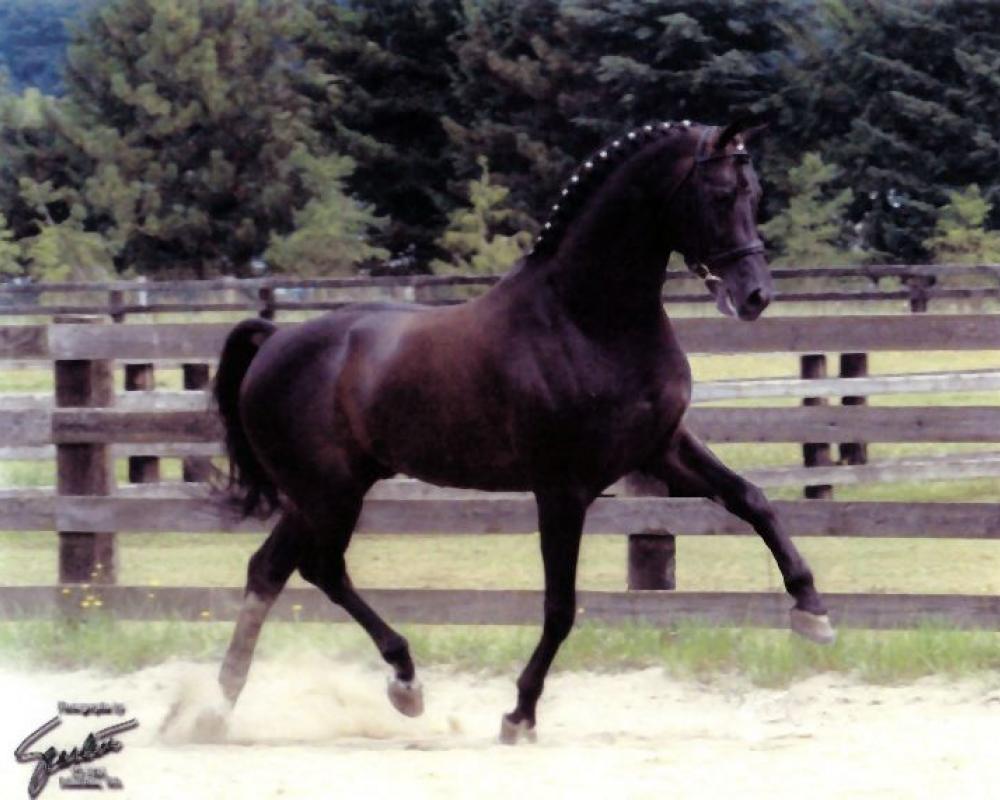 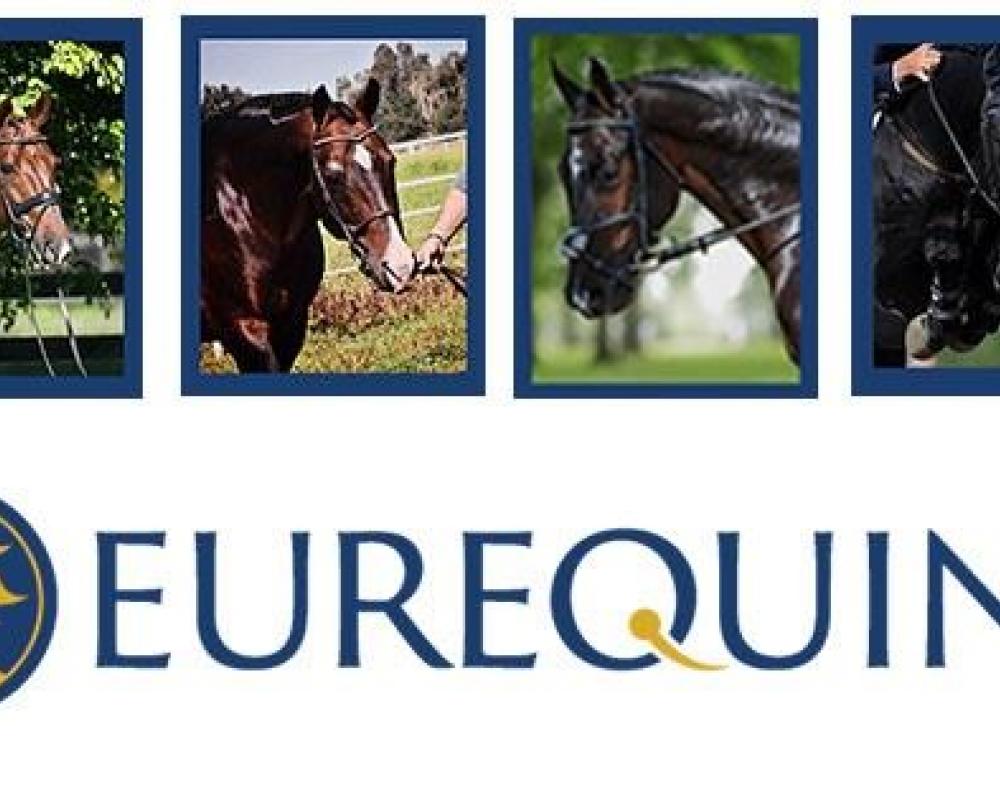 Rubignon, a black 16.2h Oldenburg stallion, listed for the Swedish Dressage team in 2008 and 2009 has 17 GP wins and placings including international wins in his name. Rubignon – Rubinstein/Donnerhall/Pik Solo, 4 generations of Grand Prix and international performance combined with fantastic character, temperament and type. Rubignon’s Dam “Una Donna’ is from the “Utoba” stamm with Samun xx and Vollkorn xx on the bottom. This Stamm produced the licensed stallions Azzarro, Landtinus, the International jumper Figaro’s Boy successful with Ludger Beerbaum and from Una Donna herself Racoon, Una Placida a successful jumper and Rubignon.

His temperament is superb, true to his sire, “his movement even better than Rubinstein” said Oldenburg Judge Evelin Vollsted during Rubignon’s licensing.

Rubignon was the most popular breeding stallion for SWANA both in 2002 and 2003. He bred the following years in Germany and Sweden where he also had a successful Grand Prix career.

Rubignon is EVA negative and vaccinated annually. Our facility is certified CEM free.