Rumors Of The Night

Rumors Of The Night
For Sale 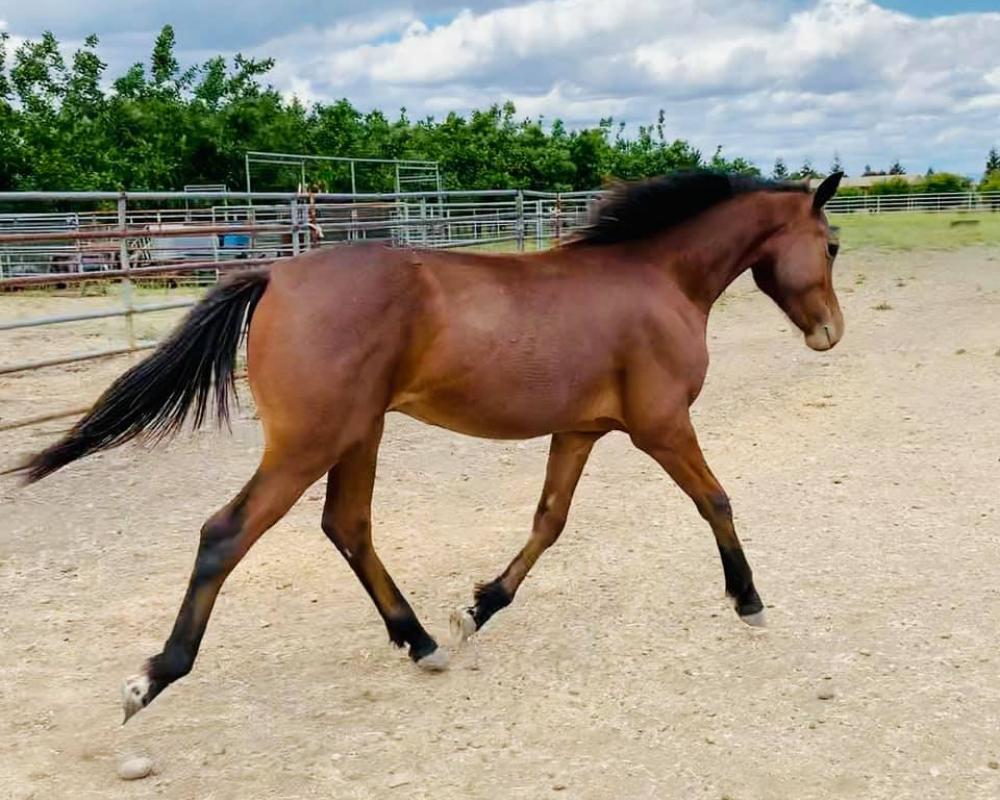 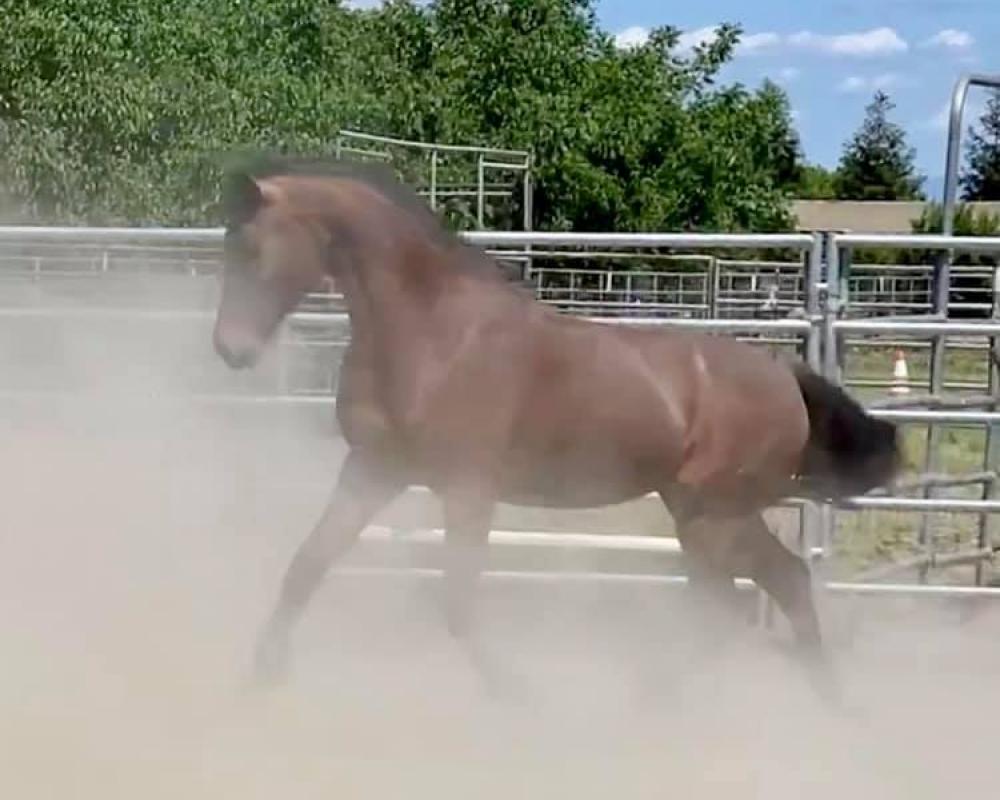 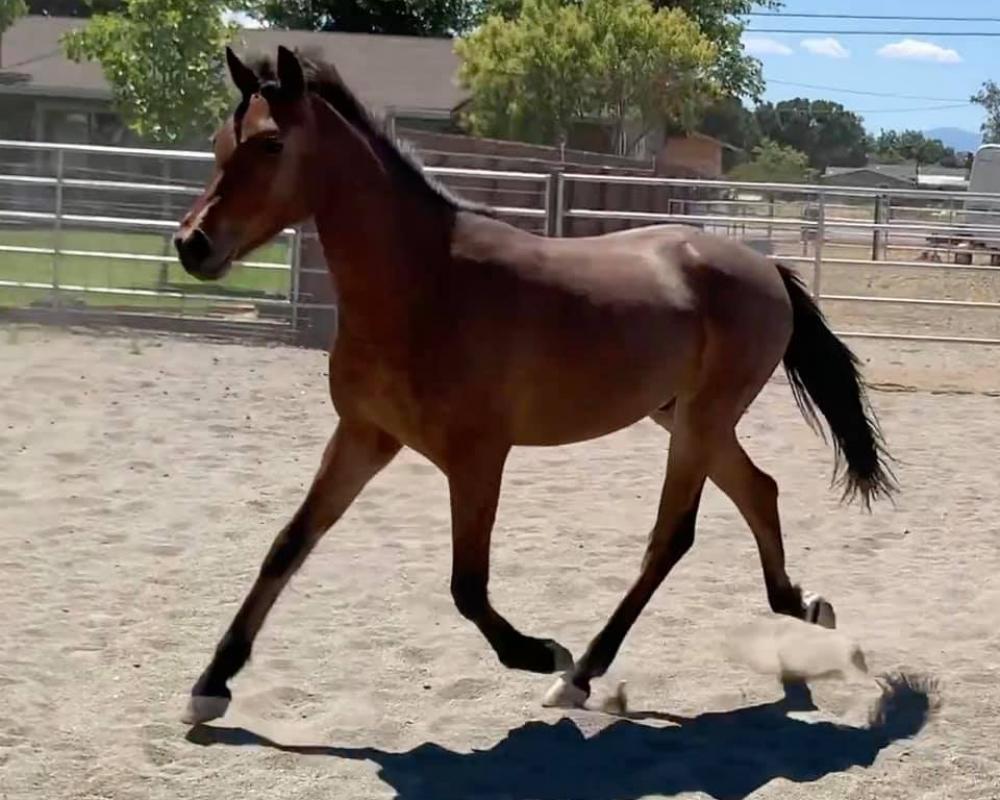 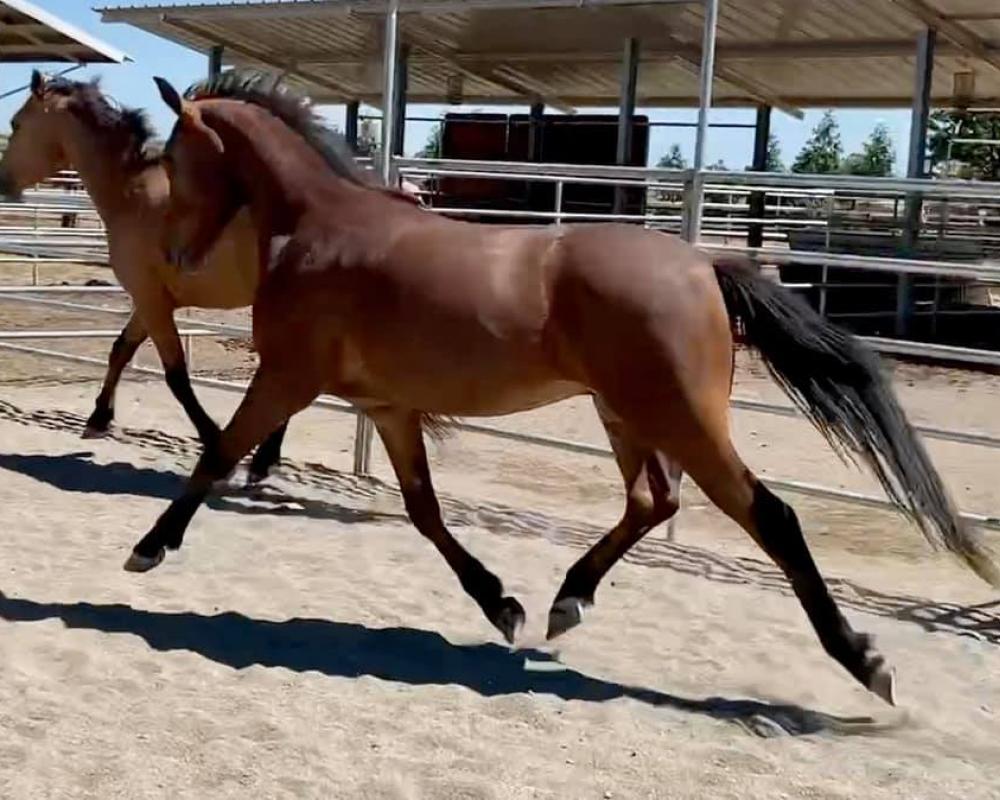 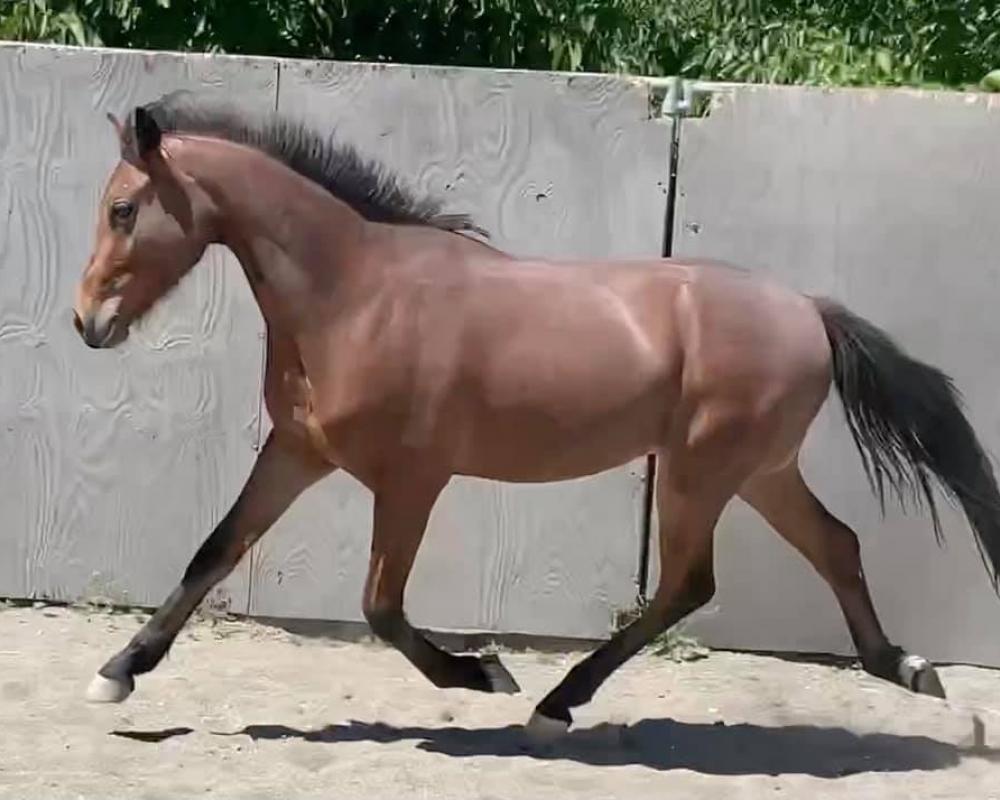 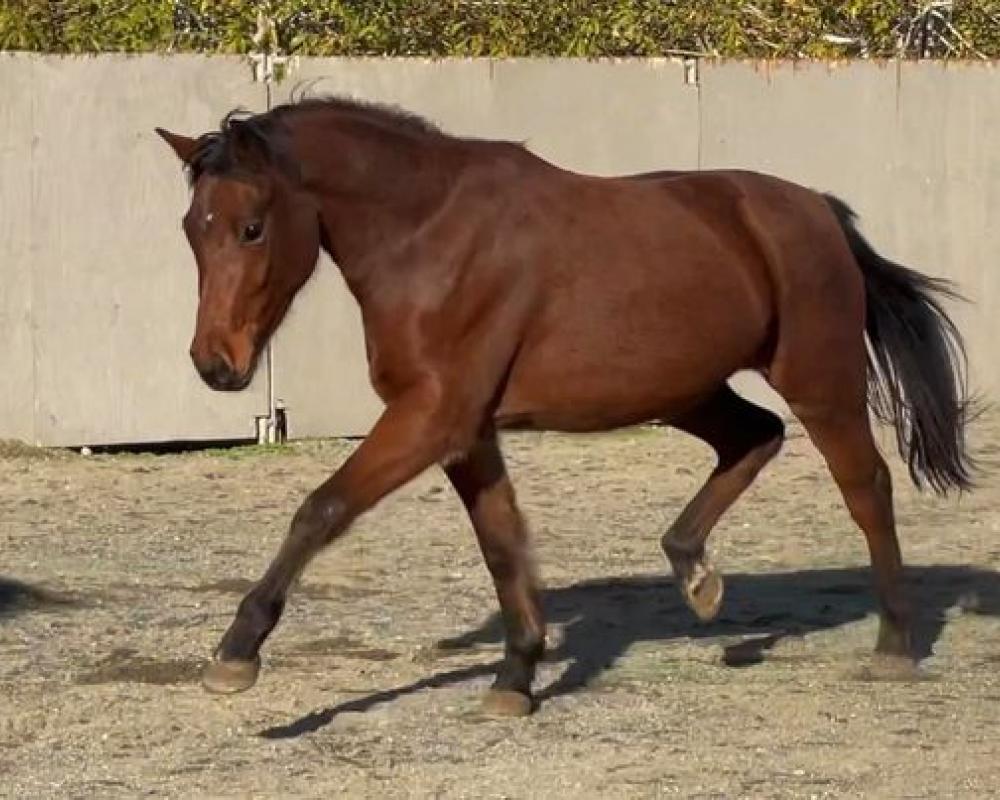 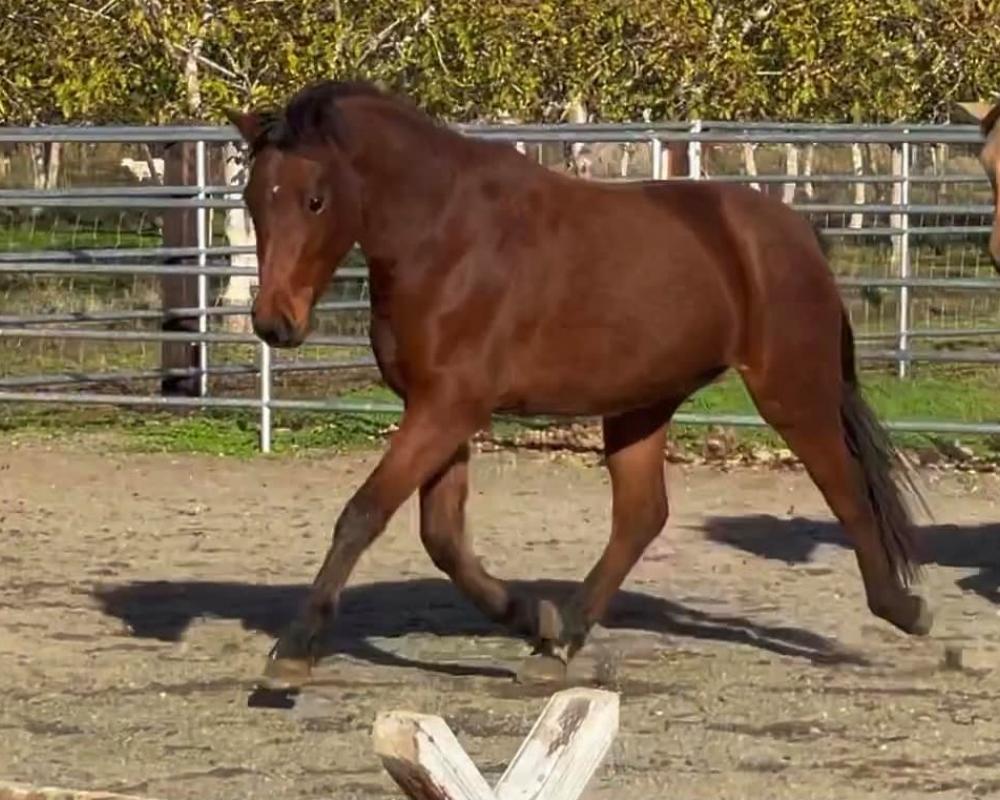 Rumors Of The Night ( Ruddy) is by the Grand Prix stallion Rubignon.
Rubignon represents 4 generations of the most valuable dressage bloodlines through the Grand Prix stallions: Rubinstein, Donnerhall, and Pik Solo. He was listed for the Swedish Dressage team in 2008 and 2009, and has 17 Grand Prix wins and placings including international wins in his name.
His temperament is superb, true to his sire, “his movement even better than Rubinstein” said Oldenburg Judge Evelin Vollsted during Rubignon’s licensing. It is noted that Rubignon's best feature is his incredible mind and ride ability. Rubignon was the most popular breeding stallion for SWANA both in 2002 and 2003. He bred the following years in Germany and Sweden where he also had a successful Grand Prix career.
In 2011 Rubignon’s son Replay earned a spot on the Swedish team. His first competition representing Sweden yielded placings in the Baltic Grand Prix championships making them the highest placed Swedish combination.
This foals Grand sire Rubinstein I, born out of a Royal Dressage Family, was a son of Rosenkavalier who was a stallion performance test winner and is considered to be one of the most significant Westphalian sires today. Rubinstein was reared from probably the most eminent dressage dynasty worldwide and was given the title, “Stallion of the Century”. He had 40 wins at Grand Prix level, was a member of the 1996 Olympic team, sired 89 state premium mares and 66 approved stallions and was the father of top auction horses and Grand Prix winners.
Rubinstein is known for passing on his wonderful temperament and movement. Offspring by him are frequently sought after by professionals and amateur riders alike for their willingness to please.

This colts great grand sire Donnerhall, is considered one of the best stallions of the later half of the 20th Century. Donnerhall’s talent was apparent right from the start and he scored 131.92 to be second in his performance test at Adelheidsdorf in 1984.
Donnerhall’s competition career is legendary. He won many Grand Prix, Grand Prix Specials and Freestyles. In 1994, Donnerhall was individual bronze medalist (and team gold medalist) at the 1994 World Championships at The Hague. Donnerhall won the European World Cup Freestyle League final standings twice, in 1997 and 1998. He retired from competition in 1998.
Known for throwing his superb character, temperament and willingness to work, Donnerhall offspring are successful in sport all over the world. He passes along train ability and the strength to handle more collected work. The 2007 Hanoverian Stallion book records that Donnerhall has had 763 dressage competitors - and even 84 in the jumping ring - for total prize money of Euro 1,502,302. He is the sire of 48 licensed sons.
This colts maternal grand sire is Rampal . Rampal is the epitome of the Iron Spring Farm breeding program. He possessed world-class bloodlines, had an incredible Grand Prix career and has sired international stars. All of which earned him the high honor of the Crown predicate from the KWPN. Rampal’s excellent character and ride ability, coupled with incredible movement made him fun to ride and fun to watch.

His mother Evans Danta Valentine is a premium Weser Ems and Westfen mare. she was the 3rd highest scoring mare in the country the year she was inspected!

her sire Evans Providence Of the night. (Prov) has repeatedly produced top scoring foals. He is a As an improvement sire for the German Riding Pony , Providence is exceptionally valued for improving type and substance, improving strength of topline, lengthening the neck, and activating the hind end for better engagement! He is equally cherished for his wonderful temperament and enthusiastic attitude as he is for his very good movement and superb jumping ability! He has sired numerous Premium foals and several Premium mares, one finds his contributions in athletic GRP offspring in several registries across the country!