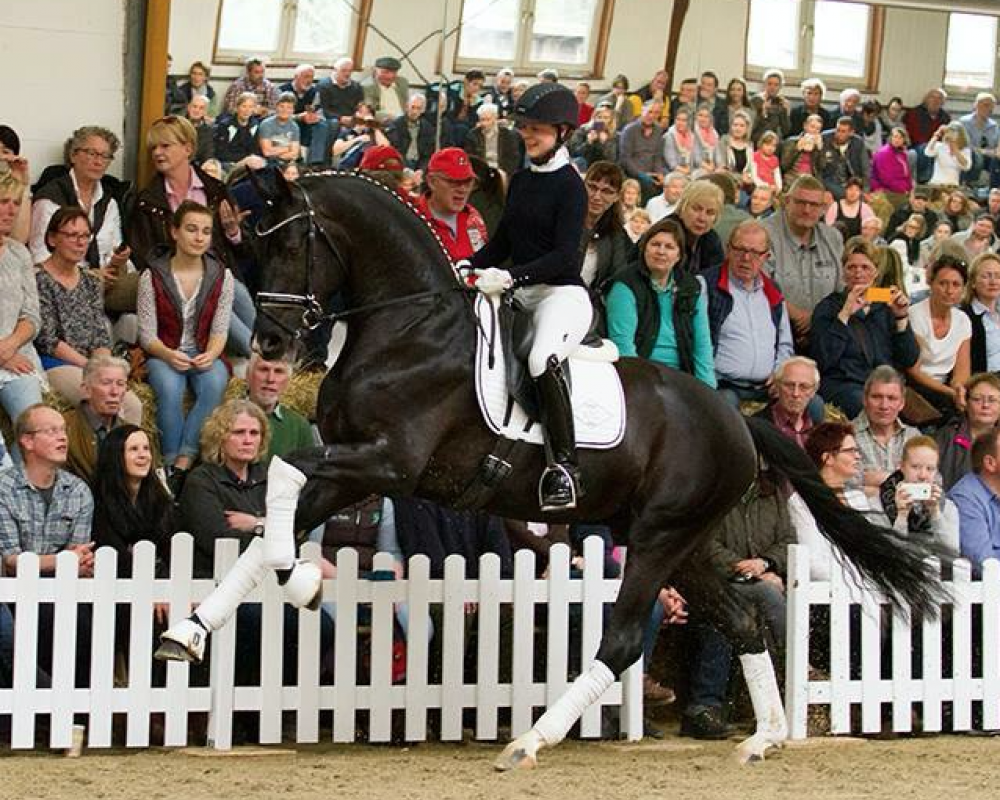 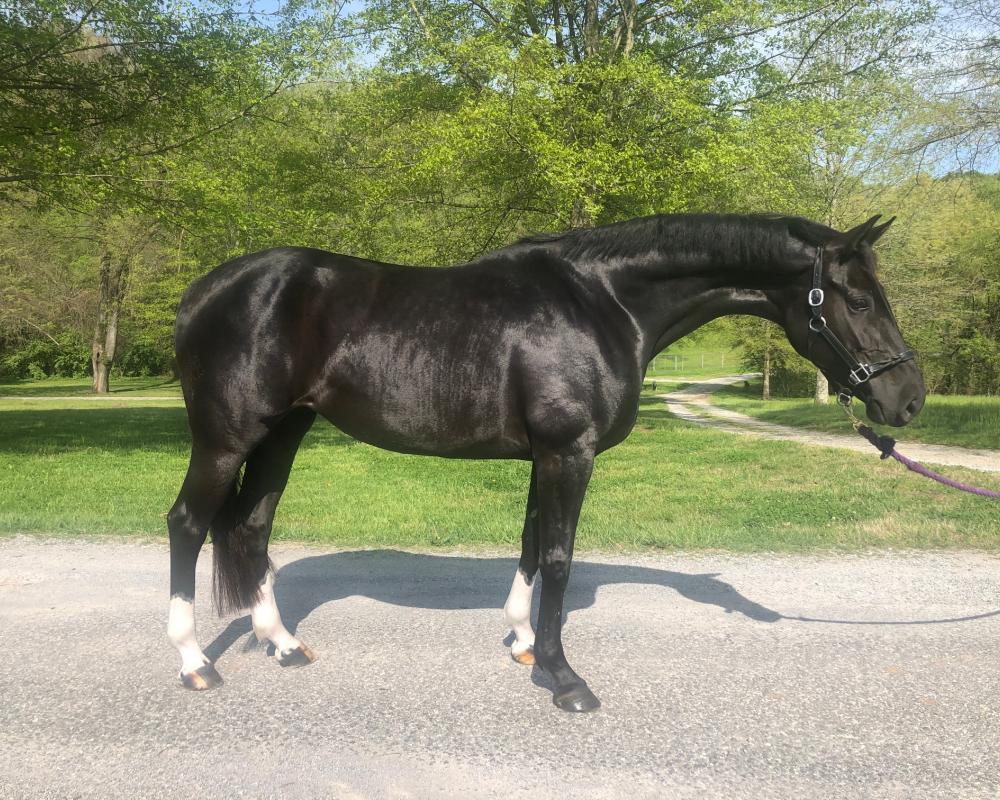 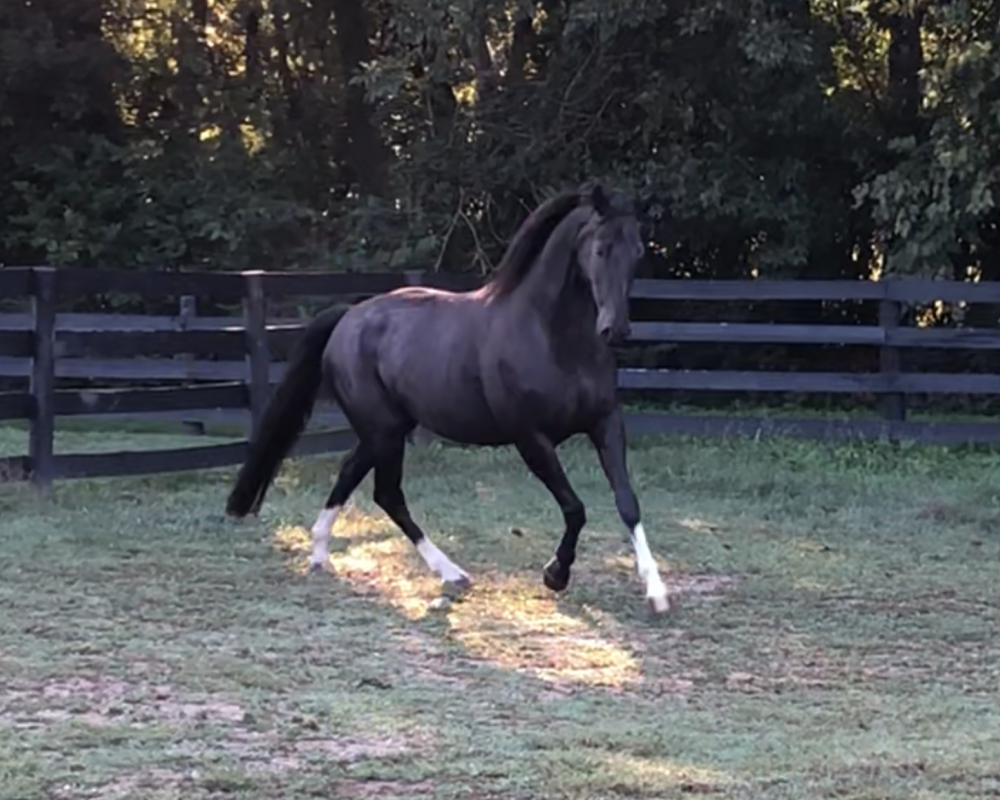 Secret (Sezuan x St Moritz) 2014 son of three-time world champion Sezuan. Secret
is the 5 yr old Silver Medalist at the 2019 World Championships for Young
Dressage Horses. Secret received the following scores: gallop 10.0, trot 9.5 and
was rated in rideability by both the judges and the foreign rider with the highest
score of 10.00. This young stallion is showing an exciting future both in the
competition ring as well as the breeding shed. His first foals are top sellers at the
European auctions.

Dynastie (Damon Hill x Rohdiamant) 2013 16.1 black Hanoverian mare with
exceptional gaits. With Olympic medalists and World Champions on both sides of
her pedigree, she needs no introduction. Damon Hill (Donnerhall) captured team
silver at the London Olympics in 2012; while Rohdiamant (Rubenstein 1) was
ranked third on the WBFSH in 2010 and is considered one of the most influential
sires with 50 licensed sons and nearly 90 State Premium Mares to his credit. This
dam line brings to her foals a pedigree rarely found outside of Europe.

Selling Colt Option ONLY. 25k includes care until weaning. Deposit is required to
hold foal, full payment due on healthy veterinary inspection. Foal is being carried
by surrogate mare. Due May 29, 2020. Foal will be registered with the Hanoverian
Verband. Please direct inquires to [email protected]