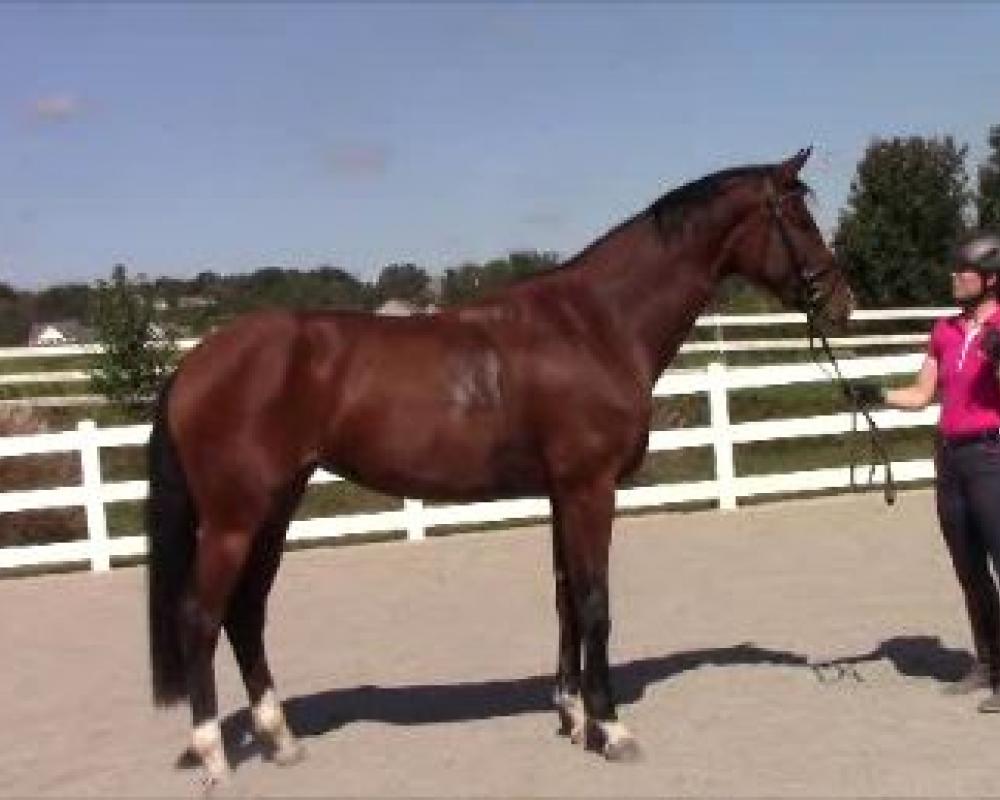 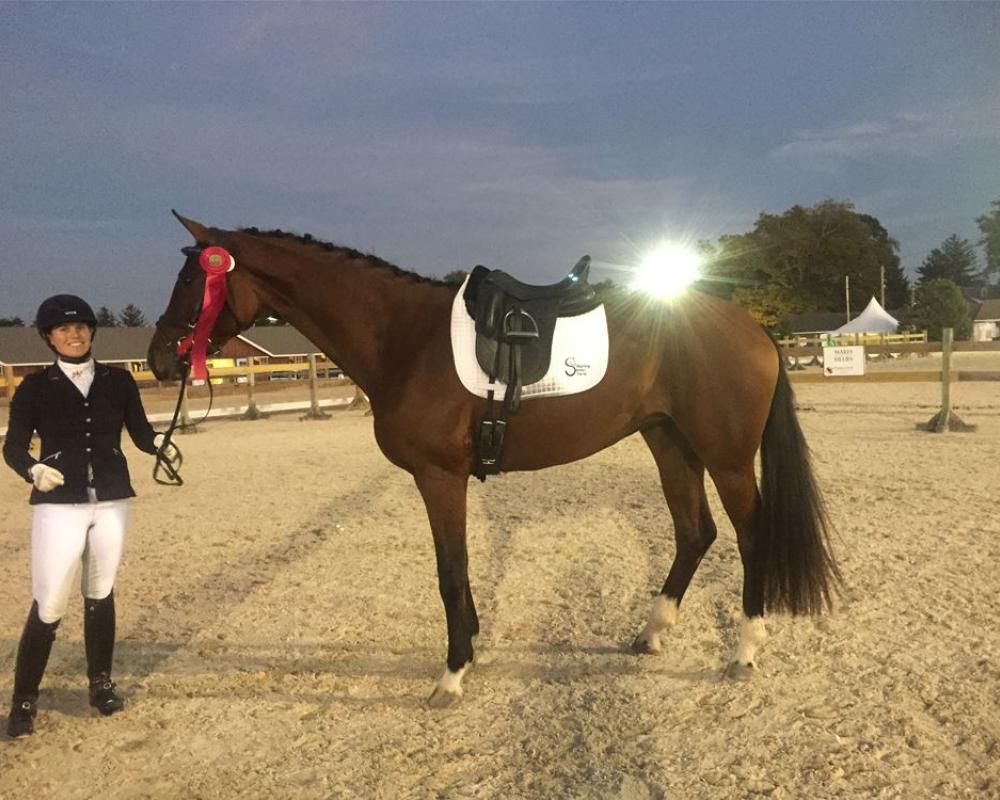 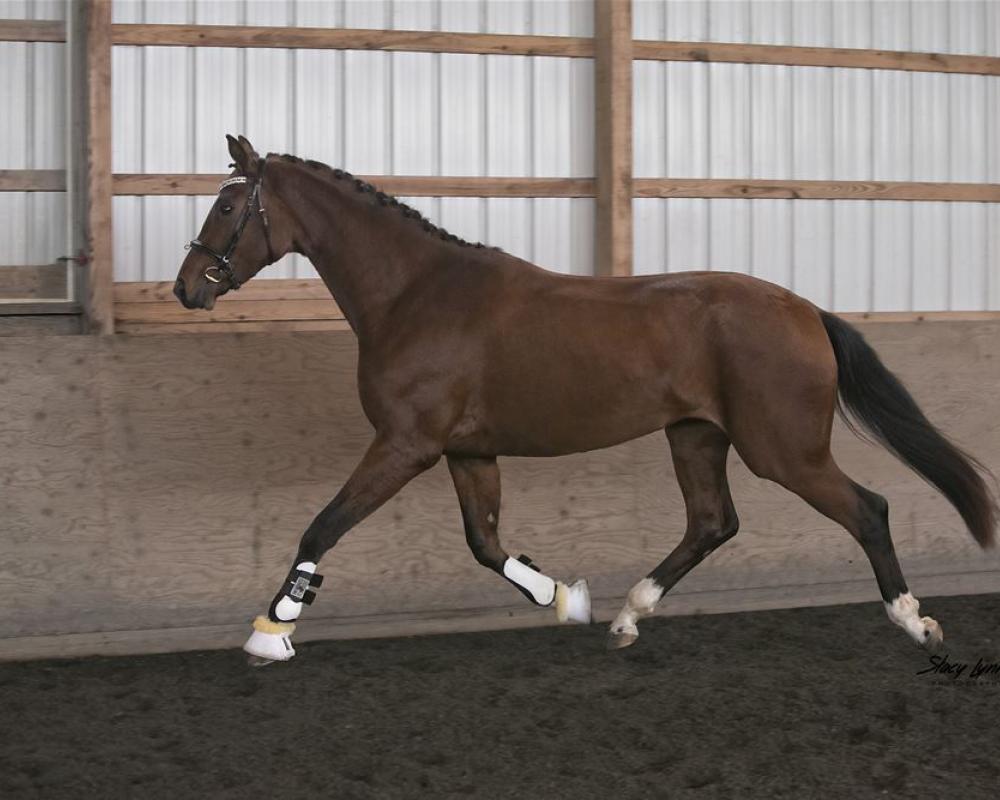 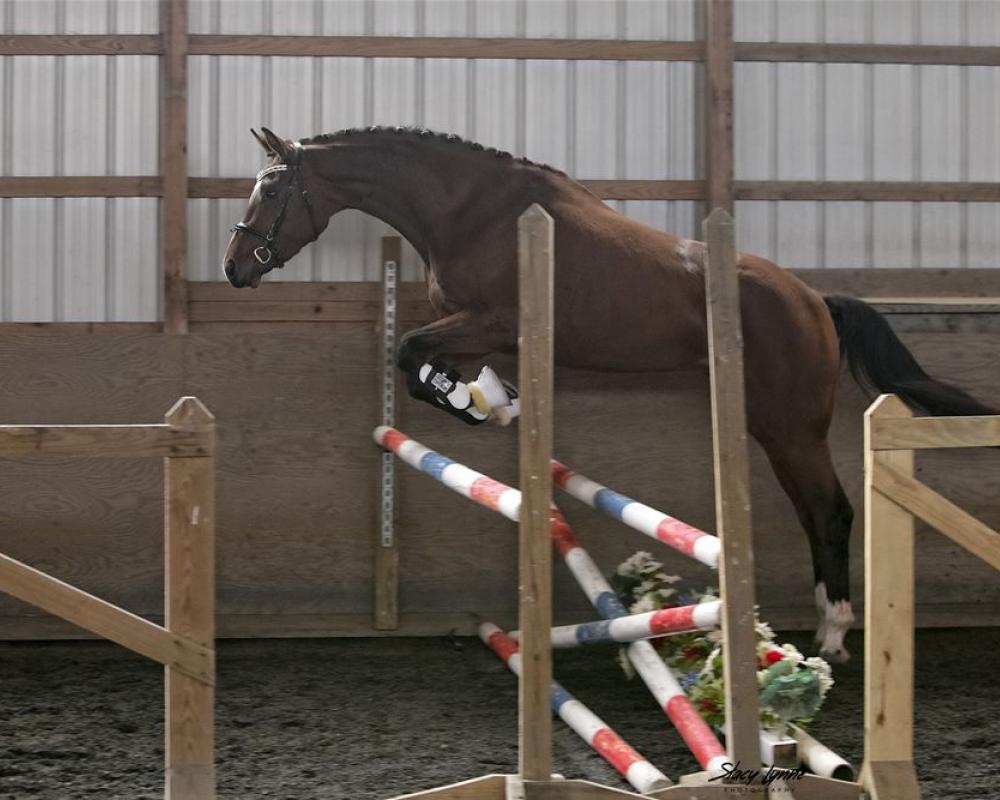 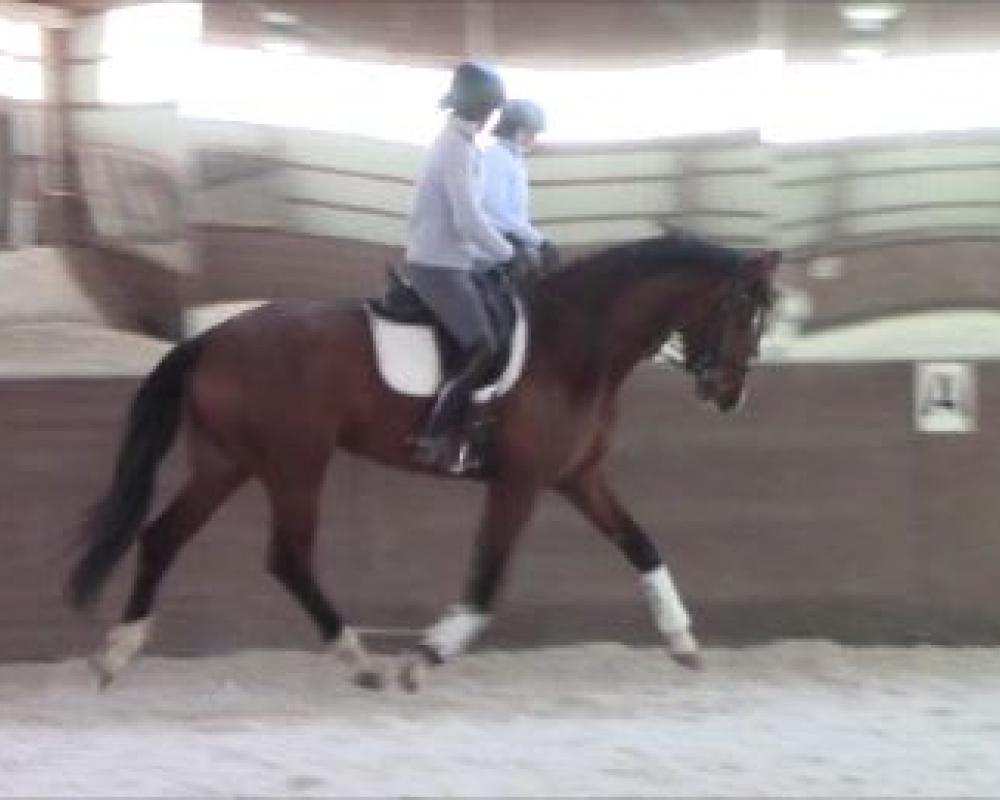 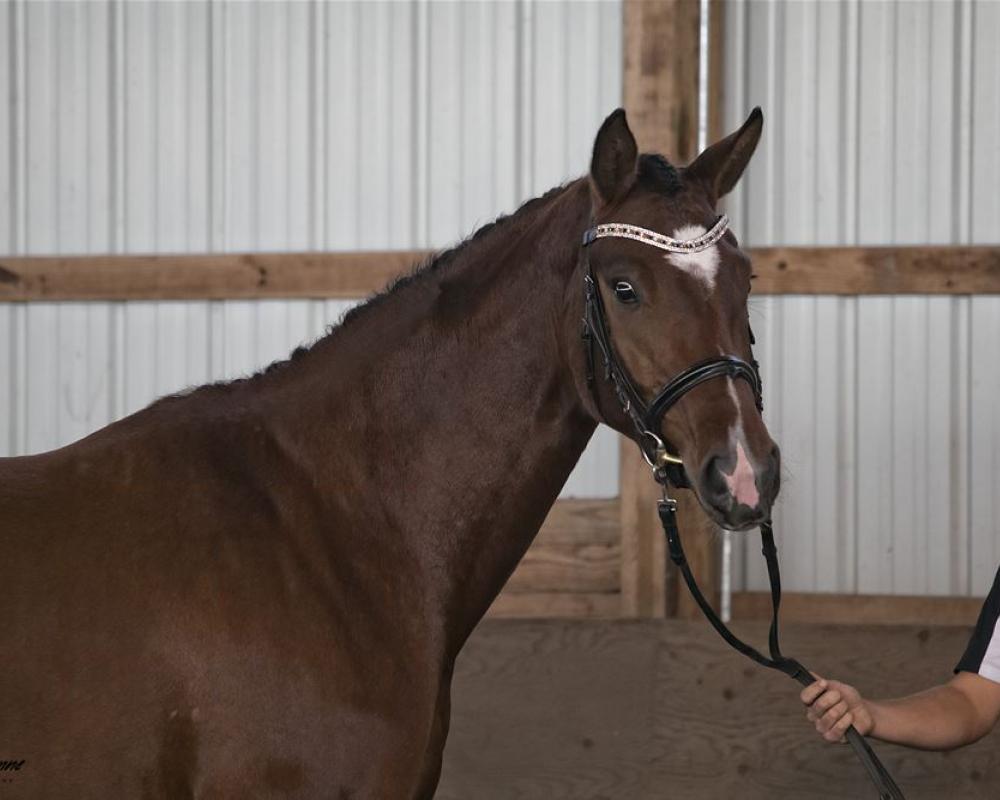 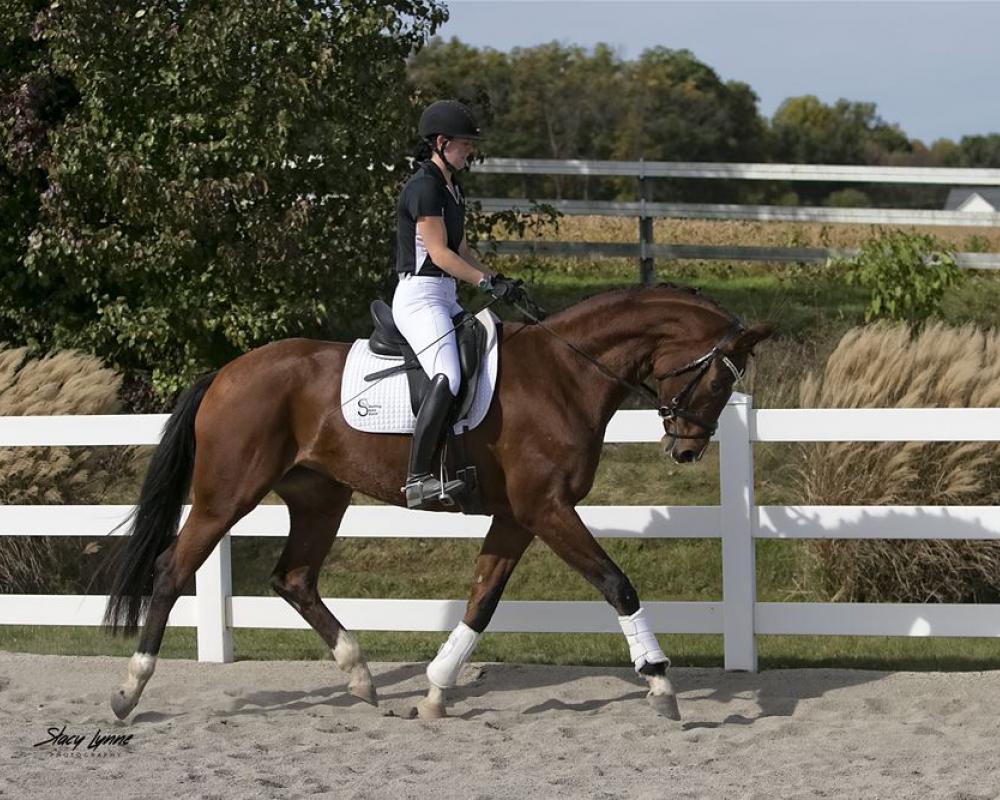 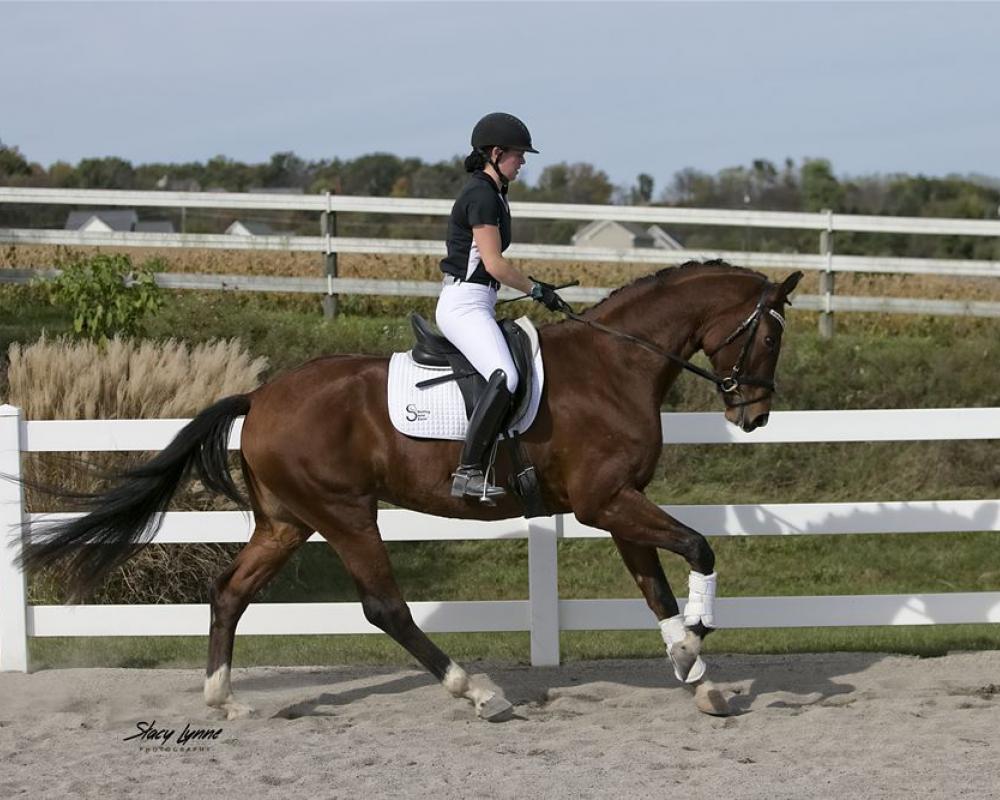 My loss is your gain. I originally wanted to use Shistine in my broodmare band but we are cutting back on our broodmare numbers, so I had to get a grip :-)
Besides attaining the title of Special Premium Candidate based on her very good inspection and mare performance test scores in 2017, Shistine was named Premium and Foal of Distinction at her foal inspection. She is just lovely with really super movement. Nothing like trial by fire- we took Shistine to Dressage at Devon 2017 as her very first horse show and time off the property. We showed her in hand where she placed 9th in her Three Year Old Fillies class, 2nd in the Three Year Old Filly Materiale, 5th in the USDFBC Three Year Old Materiale Championship and 3rd in the Young Prospect Award. Her scores in the MPT included 8's for free trot, free canter, and rideability. Her scores on her mare inspection included 8's for frame, breed and sex type, walk, and general impression and development.