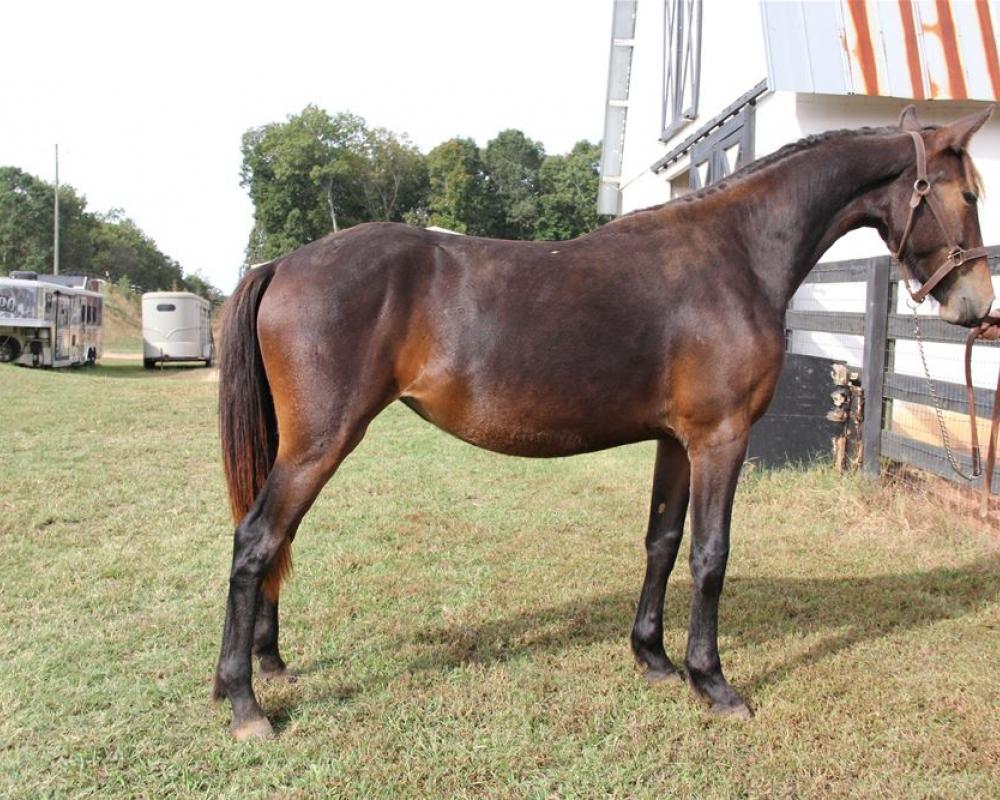 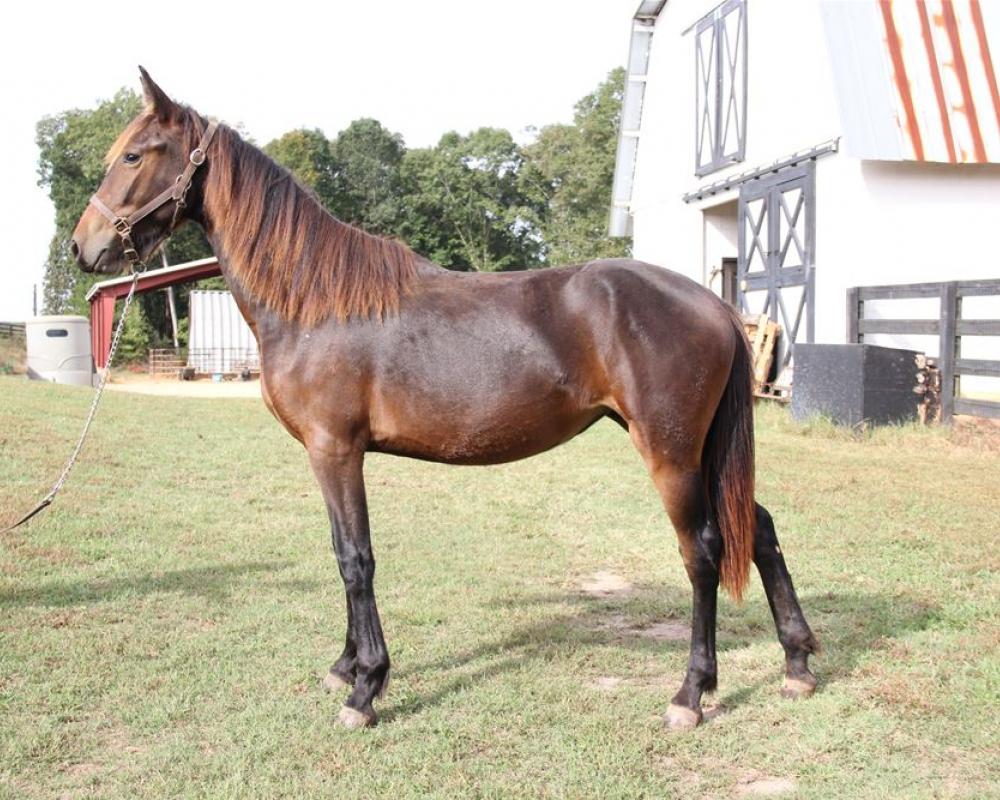 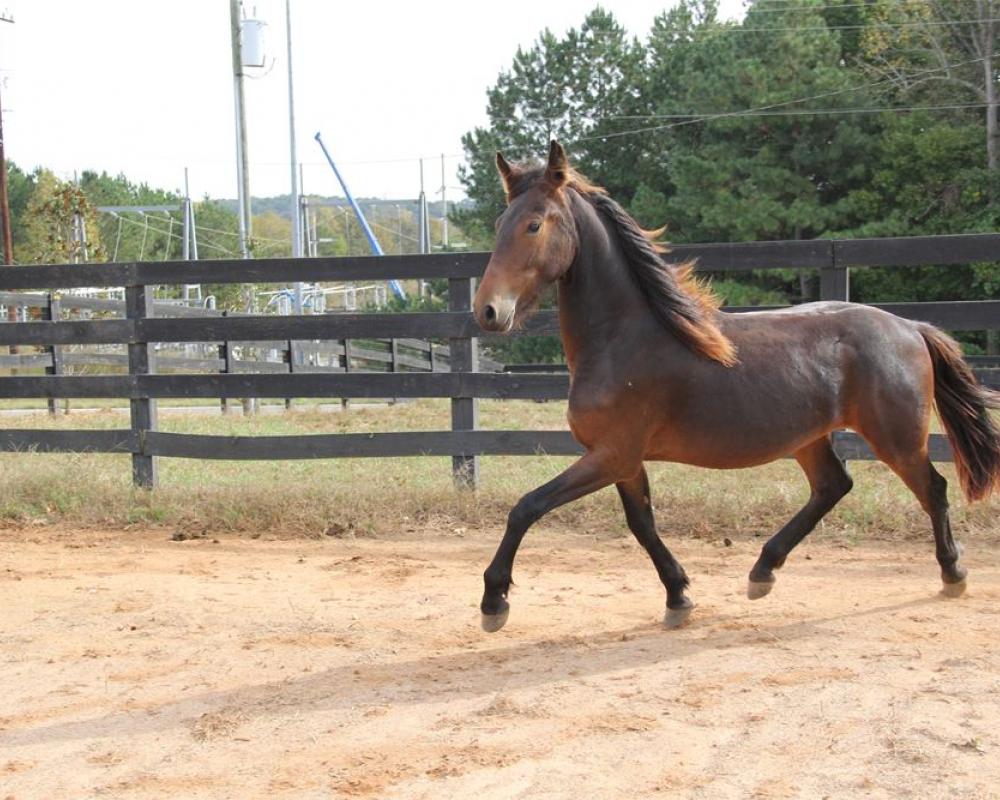 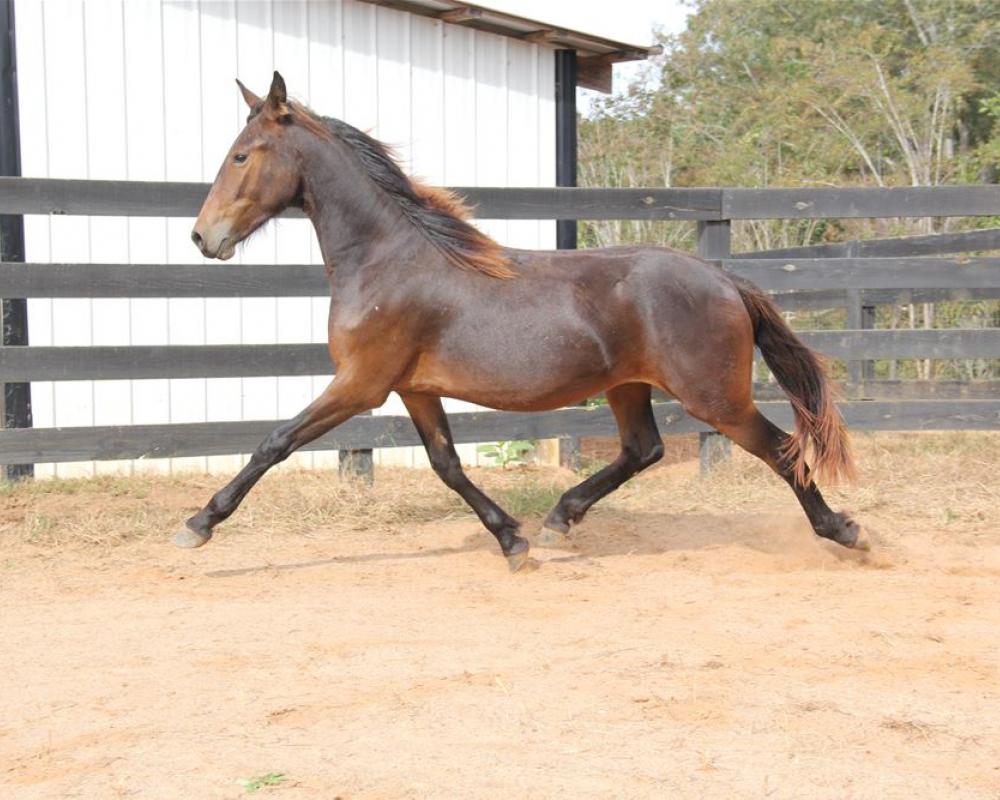 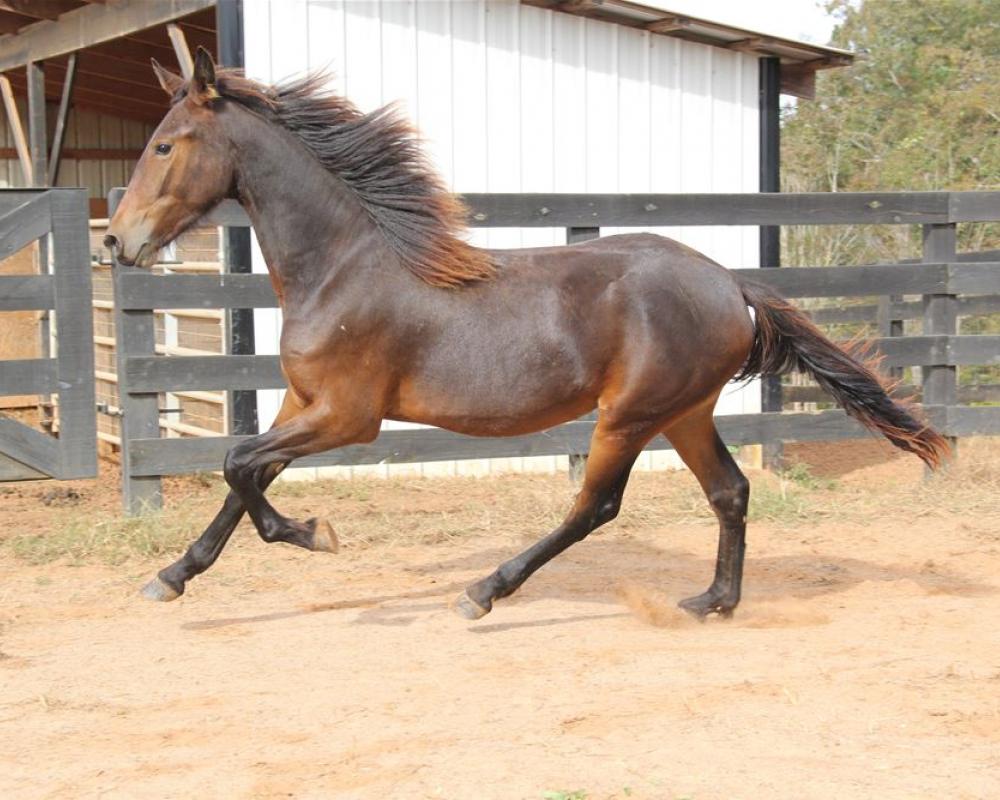 Ara is a 2017 bay Georgian Grande 2 year old filly that has a lot of energy and is built a bit more stocky. Ara begs for attention. She has a lovely seal bay color and most likely will mature to 16 hands when she is finished growing. She has really nice movement and would be best suited in dressage or western dressage. Her dams lineage boasts of Champion Yorktown, Champion Wing Commander, Champion Valley View Supreme, Chubasco and Stonewall bloodlines, as well as the hard to find Peavine lines. Her sires line has Pyt who was a 4 times Natl Champion. She is ready to start her ground work as next spring she will be three. We named her after a small constellation located in the southern sky. Its name means “the altar” in Latin. The constellation represents the altar used by Zeus and other Greek gods to swear a vow of allegiance before they went to war against Cronus and the Titans. In another Greek myth, Ara represents the altar of King Lycaon of Arcadia. Ara was one of the 88 constellations listed by the Greek astronomer Ptolemy in the 2nd century.

Breeder of very rare sought after Georgian Grandes. This breed excels in all disciplines but most are shown in dressage and CT. They also win in Western, English pleasure, driving and make incredible jumpers! The combined breeding of Friesan and Saddlebred provides the best of both breeds -performance-versatility-attitude and beauty.
Email Seller Now
Visit Seller Website
More Horses From Seller