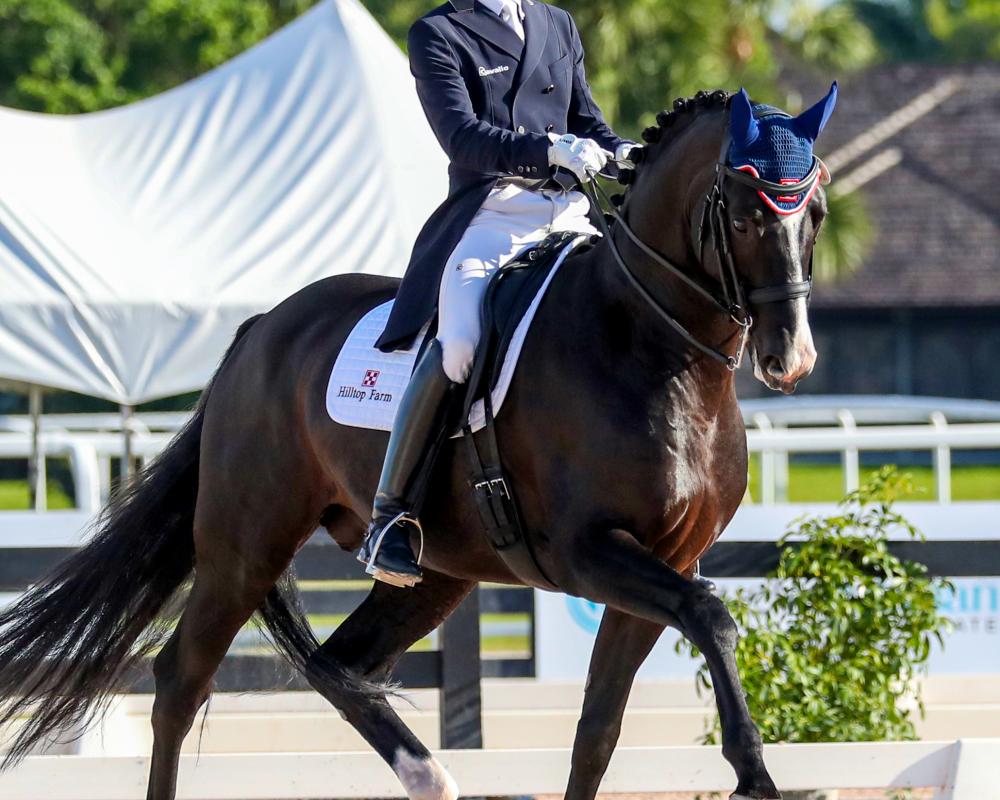 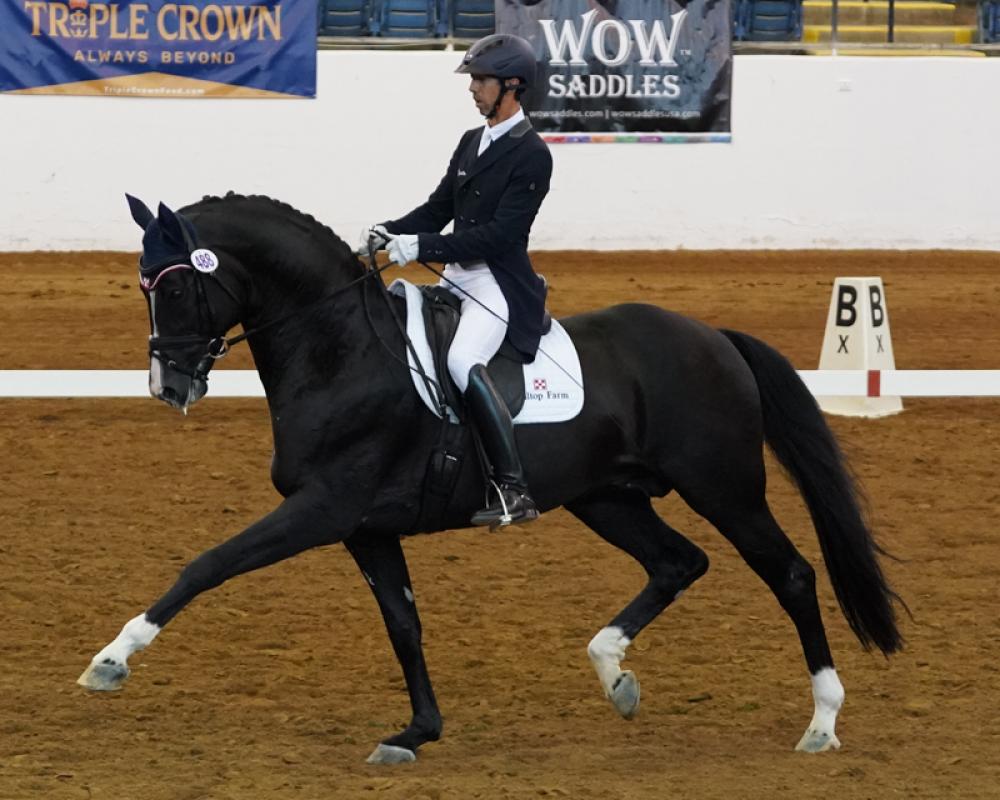 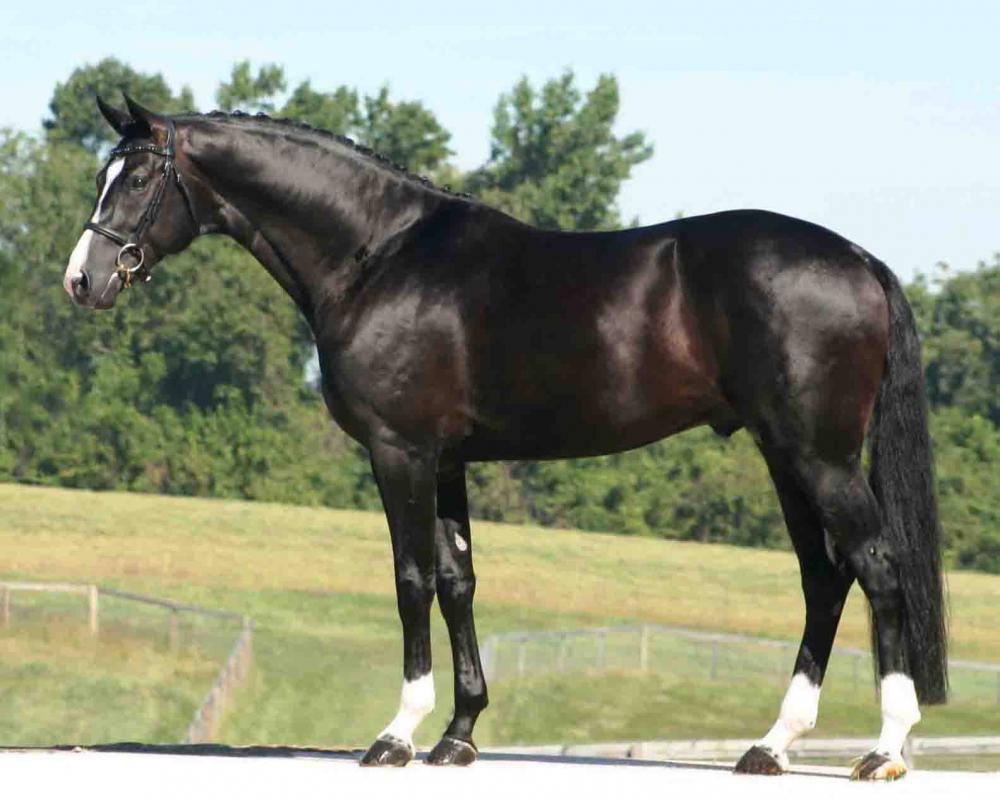 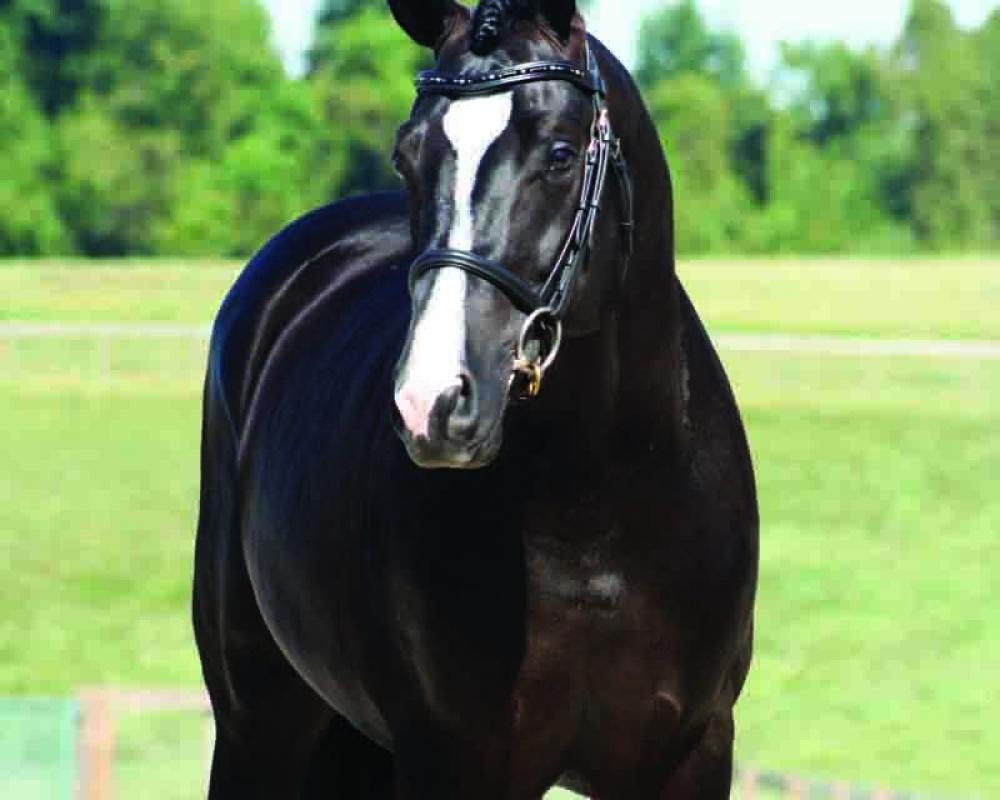 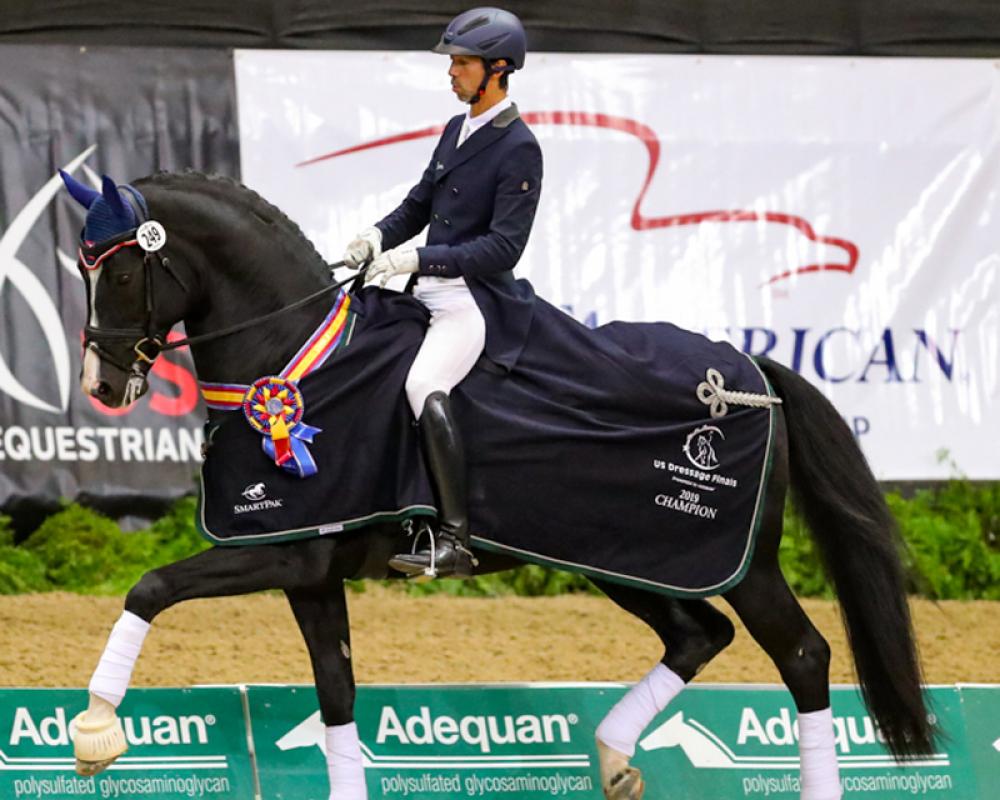 Sternlicht epitomizes the modern sport horse with his beautiful type, movement, and confident character. His impressive show record includes placing 3rd at the USEF FEI Six-Year-Old Championships, multiple USDF Regional Championship titles, and winning the USDF Dressage Finals an impressive three times to date. In 2020, Sternlicht moved up to Intermediate II and finished the season as the USDF All-Breeds Champion for AHS.

Sternlicht’s sire, Soliman de Hus, was Champion of his licensing and Performance Test, and competed to Grand Prix. He has many approved stallions and high-priced auction horses to his record. Grandsire Sandro Hit is consistently int the top standings on the WBFSH Dressage Sire Rankings. Great-grandsire Donnerhall has created his own legend through not only being a top international Grand Prix horse, but more importantly through his massively positive influence on dressage breeding around the world.
Sternlicht’s dam is an eighth generation Elite/SPS Mare. She has produced two licensed stallions and her sister has also produced an FEI stallion. Grandsire Rascalino was winner of his performance testing in Germany with an overall score of 148.29 and 153.37 points in Dressage. He carries on the popular Rubinstein line which is so well regarded for rideability.

Sternlicht’s has sired a number of Premium Foals and Inspection Site Champions as well as USDF breed show winners. During the 2018 Dressage at Devon, Sternlicht daughters Savannah HTF and Sundancer BHF took the top two positions in the USDF East Coast Filly Championships. Across a wide variety of mares, we see Sternlicht’s positive contribution. His offspring impress us as much as he does and if you are looking to add length of leg, an uphill frame, and a strong topline, you cannot go wrong with choosing Sternlicht for your mare.

Proof of negative WFFS status must be provided to breed to this stallion.

Hilltop Farm has three distinct departments related to the development of sport horses. Our Breeding Department focuses on Stallion Management; the Raising Department encompasses both broodmare management and the raising of young sporthorses, and our Training Department is primarily focused on dressage, but also believes in the value of cross-training and variety in the development of an elite level athlete.
Email Seller Now
Visit Seller Website
More Horses From Seller