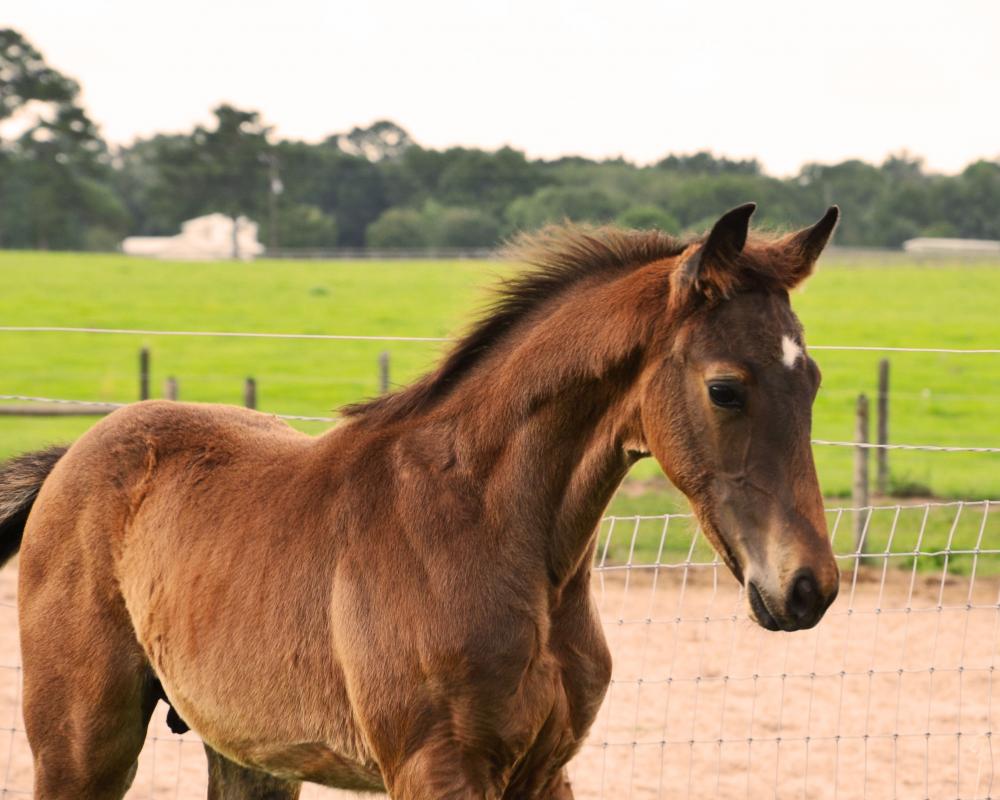 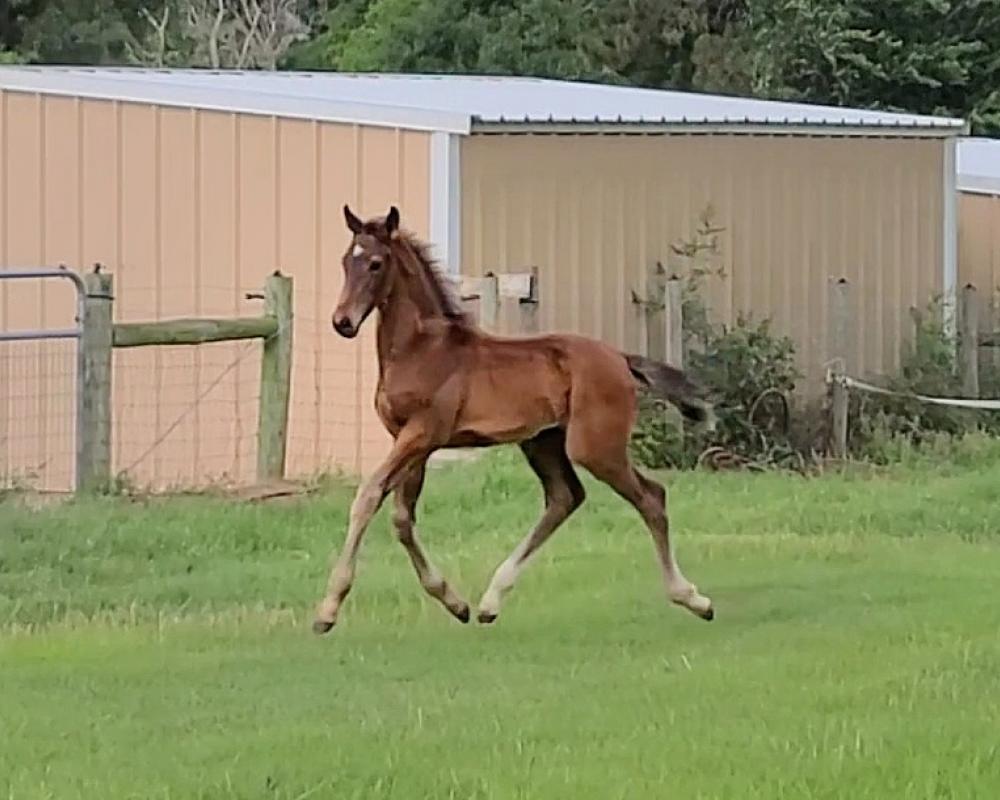 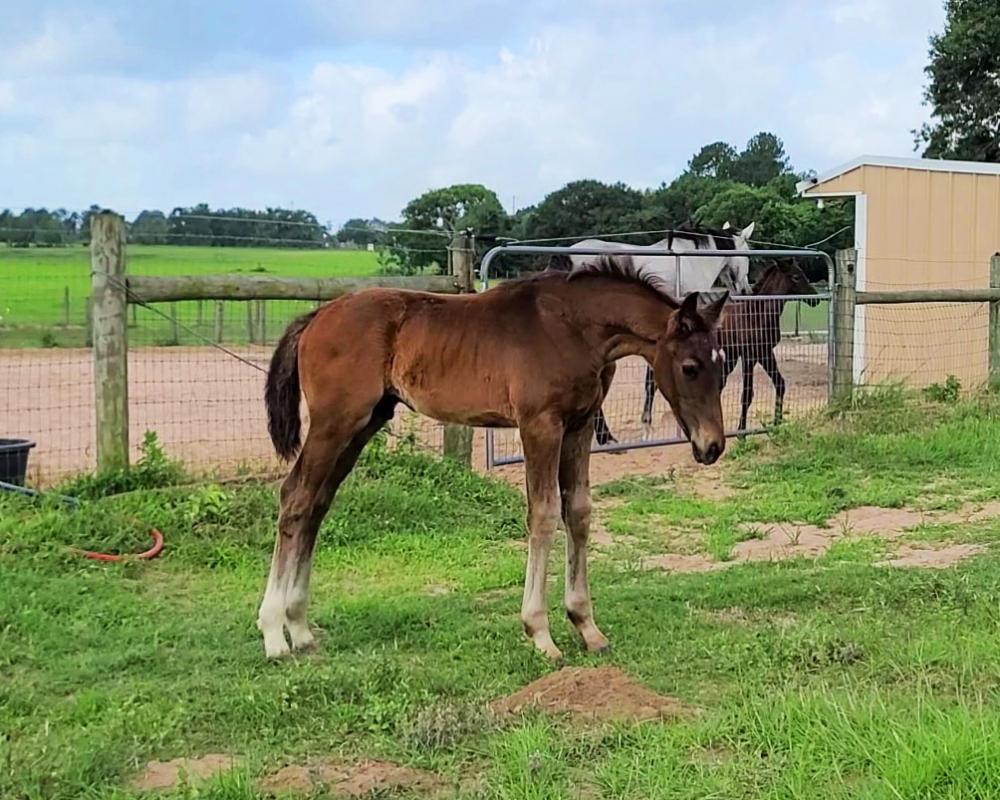 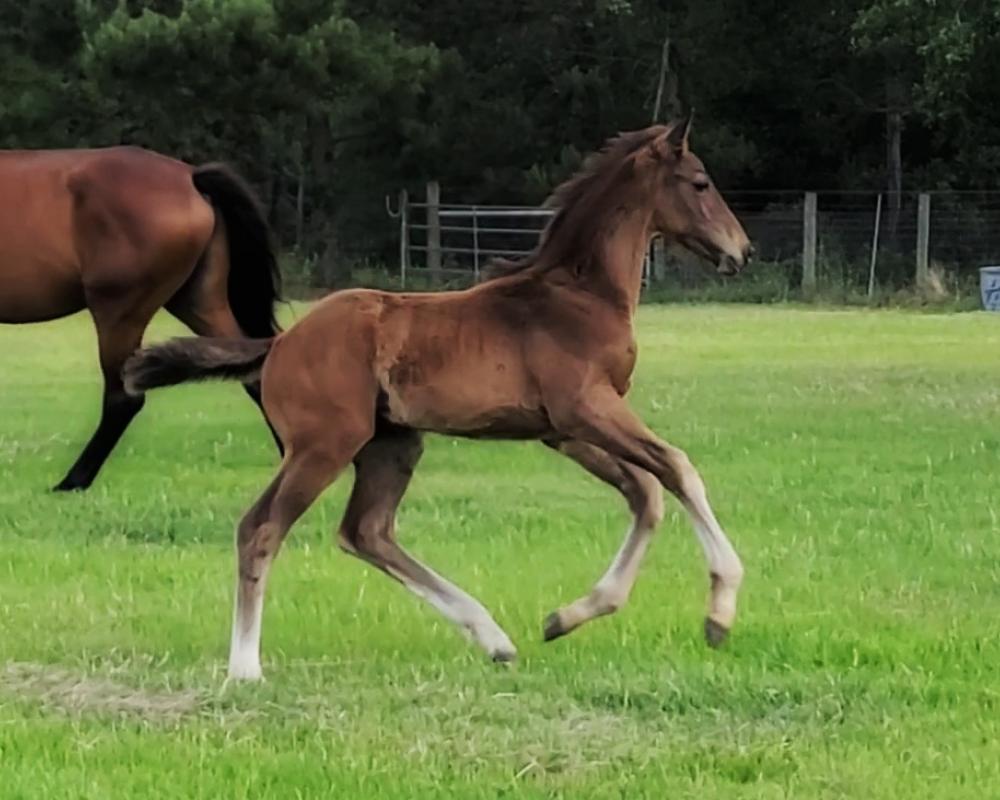 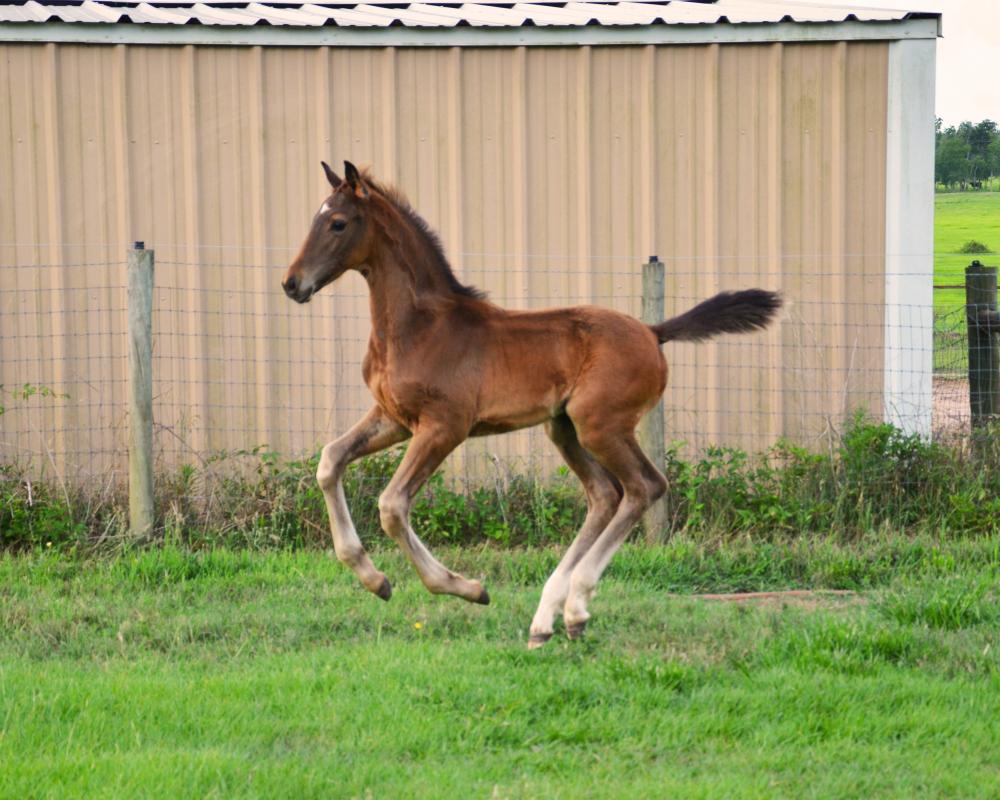 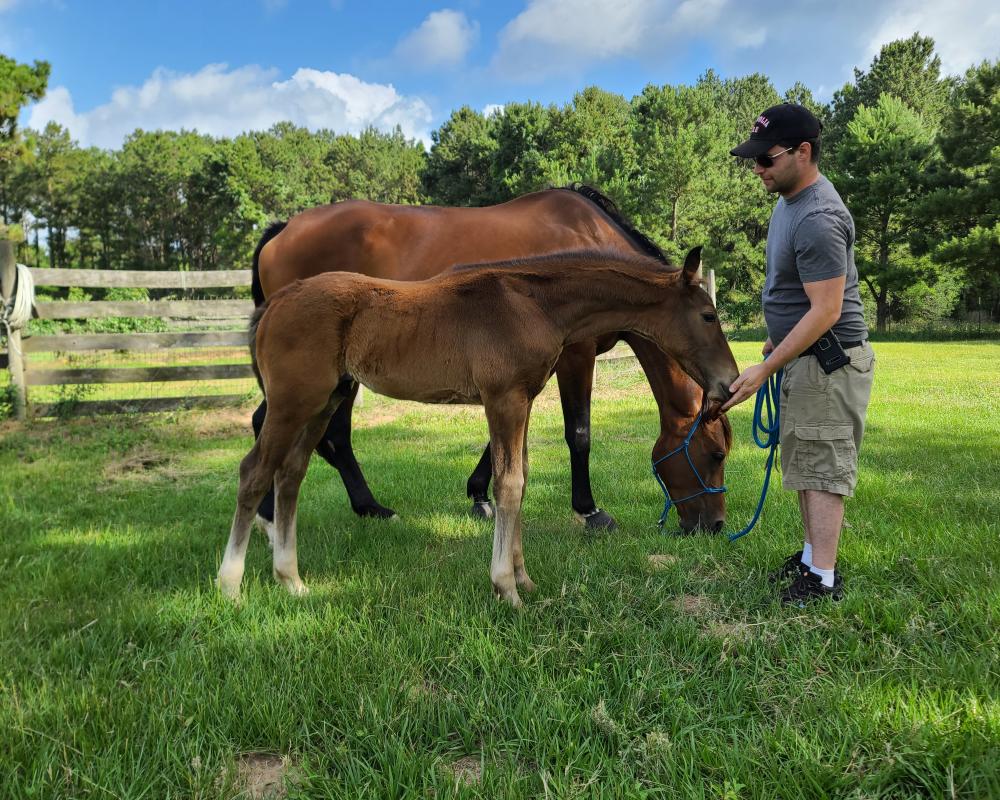 Charisma. Athleticism. Conformation. Temperament. Presence. This colt has it all!

This stunning 2022 bay colt has all the promise of a world-class champion in-the-making!

Destined to excel as a top sporthorse, Valore SDSF is derived from FEI championship bloodlines on both sides of the pedigree. With excellent conformation and an irresistible personality, he is sure to turn heads in any venue. Valore's oldest half-brother Orion SDSF by Olivi was an Oldenburg GOV premium colt earning USDFBC scores up to 78.4%, and his maternal cousin, Lord Louie SDSF (by Louisville HTF, out of his dam's full sister), was the 2021 USDF Reserve Champion Current Year Colt on USDFBC scores near 83%. Valore's half-sister by Olivi earned USDFBC scores up to 76.6% (born in 2020, so no opportunity for registry scores that year). Valore is expected to mature 16.3+ hands, and received a clean vet examination at birth. Valore's care will follow our farm's protocols for worming, farrier, psyllium, and vaccinations, as per veterinary instruction.

Valore's sire, Vilancio, is a striking, first class stallion in an impressive dark chocolate chestnut coat. Always supple with an irresistible "look at me" factor. Vilancio is 16.3hh and possesses maximum balance in all three gaits, an attribute that he demonstrates under saddle. Vilancio completed his 30-day-test with the key aspect on dressage with a total score of 9,23 (interior 9,63, trot 9, canter 8.75, walk 10, conformation 10 and rideability 9.25). His breeding history is mostly in Sweden (Flyinge Stud), neverless he has 3 licensed sons (Vilanciano (dam by San Amour I, LB Warendorf), Veuve Cliquot HS (dam by Stedinger) and Verlaine by Fidertanz. Vitalis has 33 licensed sons, Vilancio's dam sire Lancet participated in two Olympic games, 2004 in Athens he finished 11th individual with Imke Schellekens-Bartels, 2008 in Hong Kong he finished 6th individually with Emma Hindle and second with the British team, 2009 he earned Team-Silver again at the European championships in Windsor. Bonnie Canter and Vitali (by Vilancio) - won 2nd Level at 2021 US Dressage Finals. Link to pictures and video of Vilancio: https://www.warmbloodstallionsna.com/stallion-listing.php?spid=987

Valore's damsire, Qredit Hilltop, was champion from the breed show ring to the Grand Prix ring. He was Grand Champion of Dressage at Devon, Champion of his 70-Day Stallion Test (earning ten scores of 9 or higher), Reserve Champion of the USEF Young Horse National Championships, 2x USDF Horse of the Year winner with many USDF All-Breeds titles, Champion of the US Dressage Finals, and winner of the 2021 Devon CDI4* Grand Prix & Freestyle. His pedigree is packed with Grand Prix dressage horses and includes jumping blood to offer versatility. Link to pictures and video of Qredit: https://www.warmbloodstallionsna.com/stallion-listing.php?spid=247