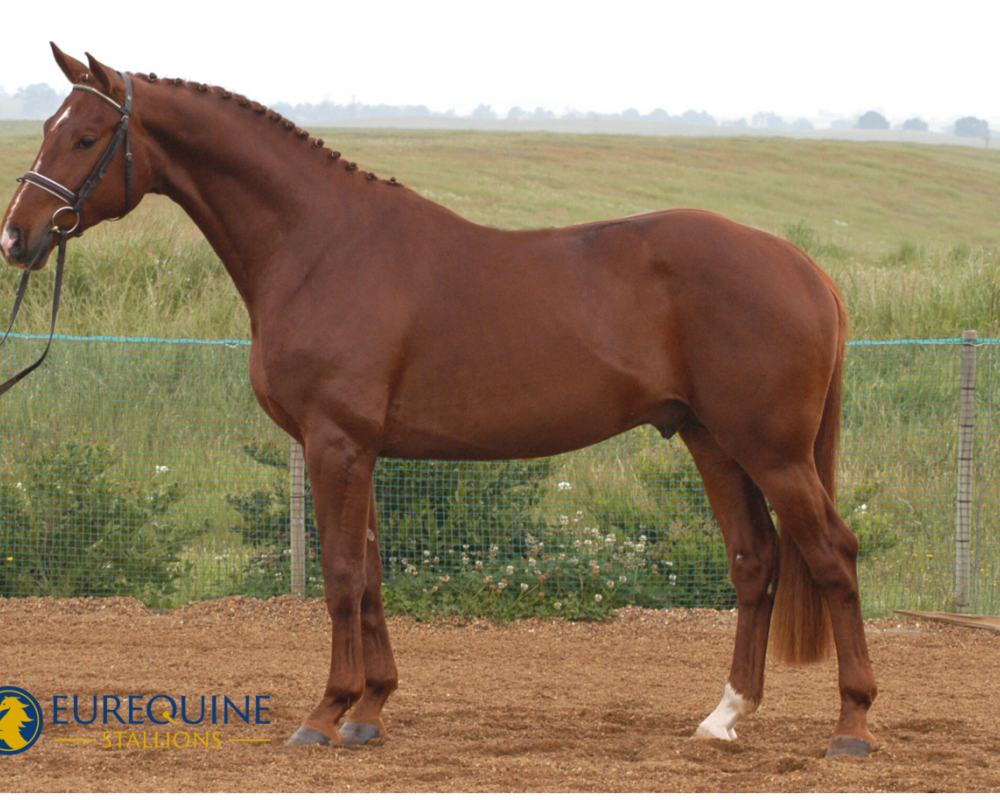 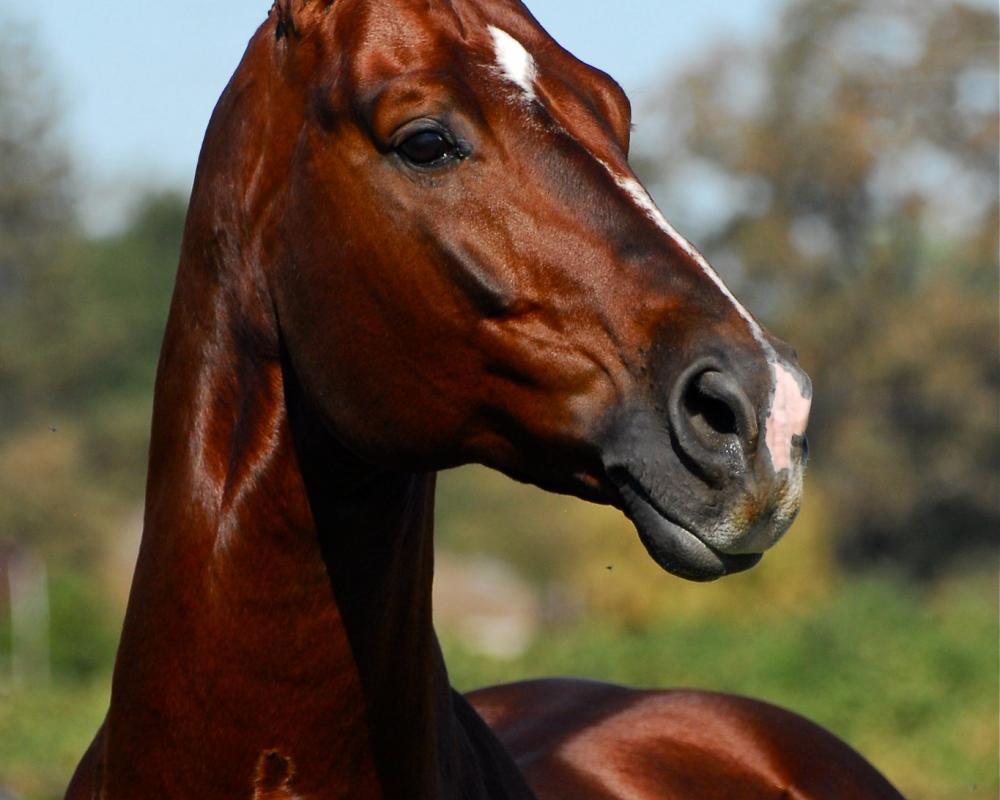 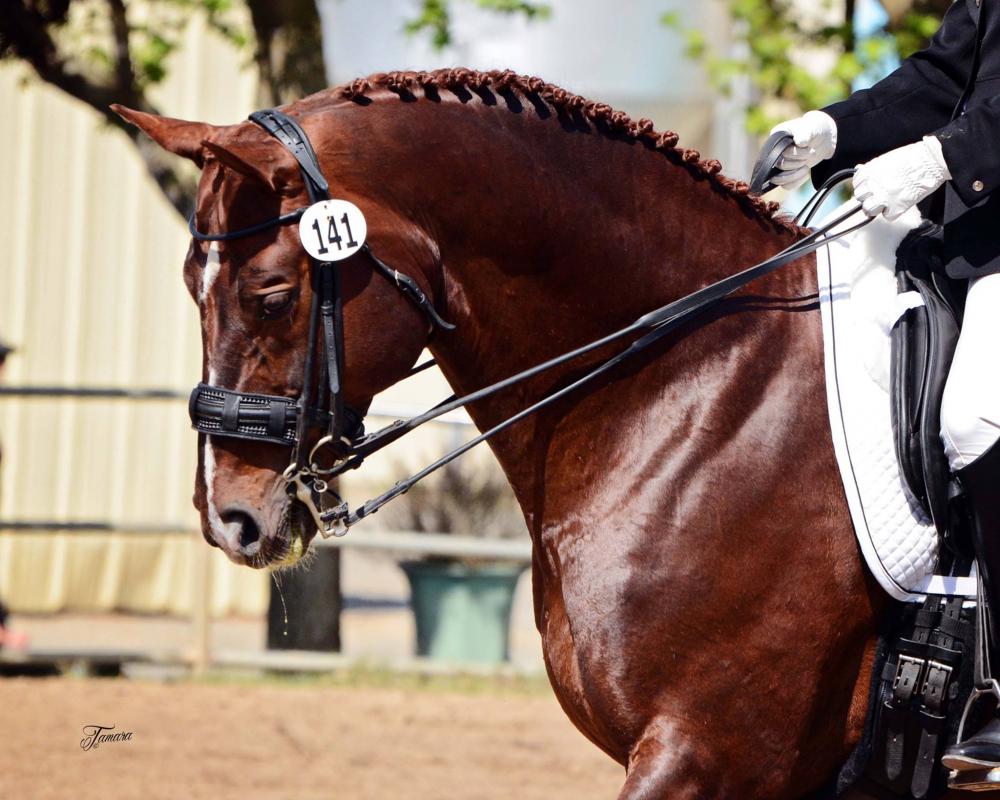 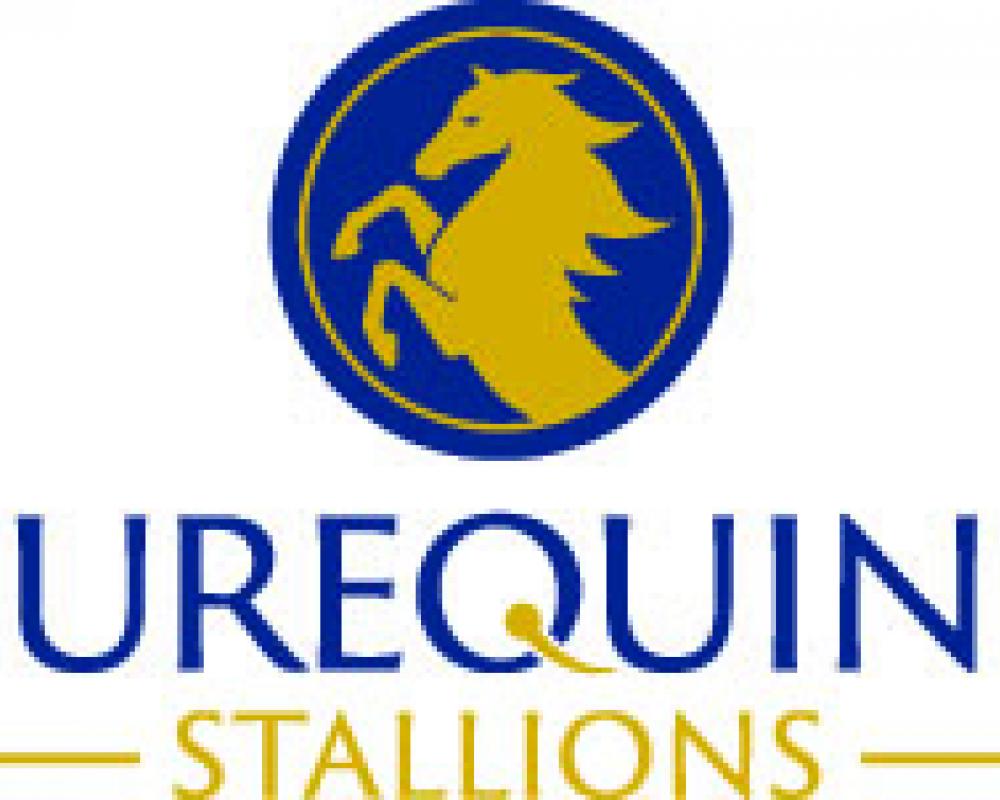 Warcloud is a 16.1hh. Hanoverian stallion with good bone and a medium frame. Warcloud received his Hanoverian and Oldenburg NA license as a 3 year old with high scores of all 8’s for conformation, typiness, impulsion, elasticity and his great walk. On the same day of his Hanoverian stallion licensing Warcloud also won the Cosequin Breeders’ Championship in the Three-Year-Old Colts/Geldings division.

Warcloud was shown by Mike Etherly in his earlier shows and performed through PSG with his owner who continues to ride him daily. Below video of Warcloud's initial shows and later on with his owner.

Warcloud’s sire, Wolkentanz I requires little introduction. A prominent sire of successful dressage horses and son of the legendary Weltmeyer. Wolkentanz I started off his success as champion stallion of the Hanoverian licensing in Verden and thereafter Bundeschampionat for 3-year-old stallions in Warendorf. Wolkentanz I garnered an impressive 140.53 points in Dressage and 133.78 overall placing him 2nd of 35 at his stallion performance test. Wolkentanz I was selected for the State Stud Celle where he passed on his excellent movement, superior rideability and correctness. By 2020 he had 575 successful Hanoverian offspring competing, winning well over €600.000, amongst them 47 who competed at the highest national levels in Germany. Wolkentanz breed values gave him a Hanoverian dressage score of over 134. An incredible 154 for correctness and 146 for limbs. His FN breed value (nationwide, all breeds) as a sire of competing dressage horses was 145!

Warcloud’s Dam EM Bollonnne was an Elite Hanoverian Mare, a broodmare, shown in between having foals. Ballonne’s Daughter “Wardance” a full sibling to “Warcloud” was also shown successfully through Prix St. George with her owner.

Warcloud's damsire, Bolero, a classic foundation stallion in the Hanoverian Verband. Bolero was by Black Sky, a Thoroughbred who produced very rideable dressage horses. Thoroughbred influenced a newer idea, contributing to the breeding of dressage horses from that point onward. The main factors in producing more elegant, lighter dressage horses. Bolero's dam was Baronesse, a Hanoverian out of the mare Atlastaube (by Athos) who produced the popular sires Grenadier, Hitchcock and Winner. Having trained to Grand Prix himself, Bolero passed on this ability to many of his offspring and became known as a progenitor of noble attitude, solid basic paces, rhythmic gaits, type, and excellent conformation producing outstanding, elegant dressage horses. Warcloud's Great Dam Sire, Wendekreis was one of the most influential, versatile stallions of the past decades and a producer of riding horses with excellent trainability. Many of his get excelled to the Grand Prix dressage and jumping rings.

Warcloud’s career focus and success has been taking his amateur rider to Prix Saint George rather than breeding. Warcloud sired a limited amount of progeny, while competing, for his owner, they have gone on to do well in Dressage, Hunter Equitation Champions as well as some up-and-coming Dressage prospects.

Offspring may also be registered by: