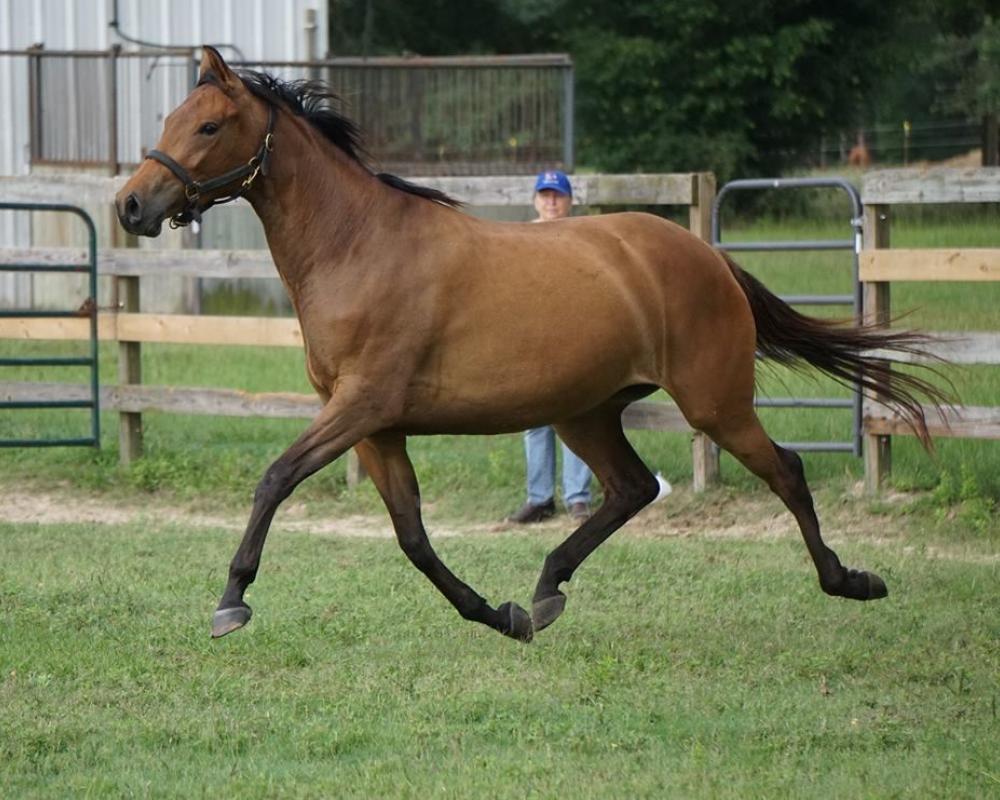 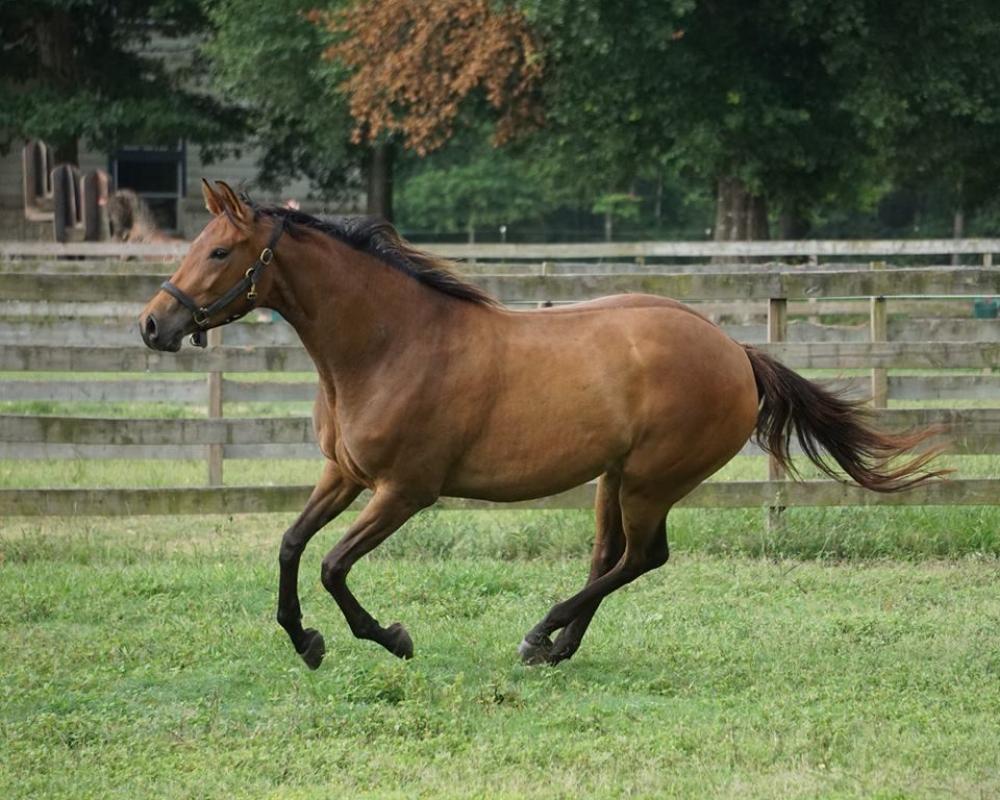 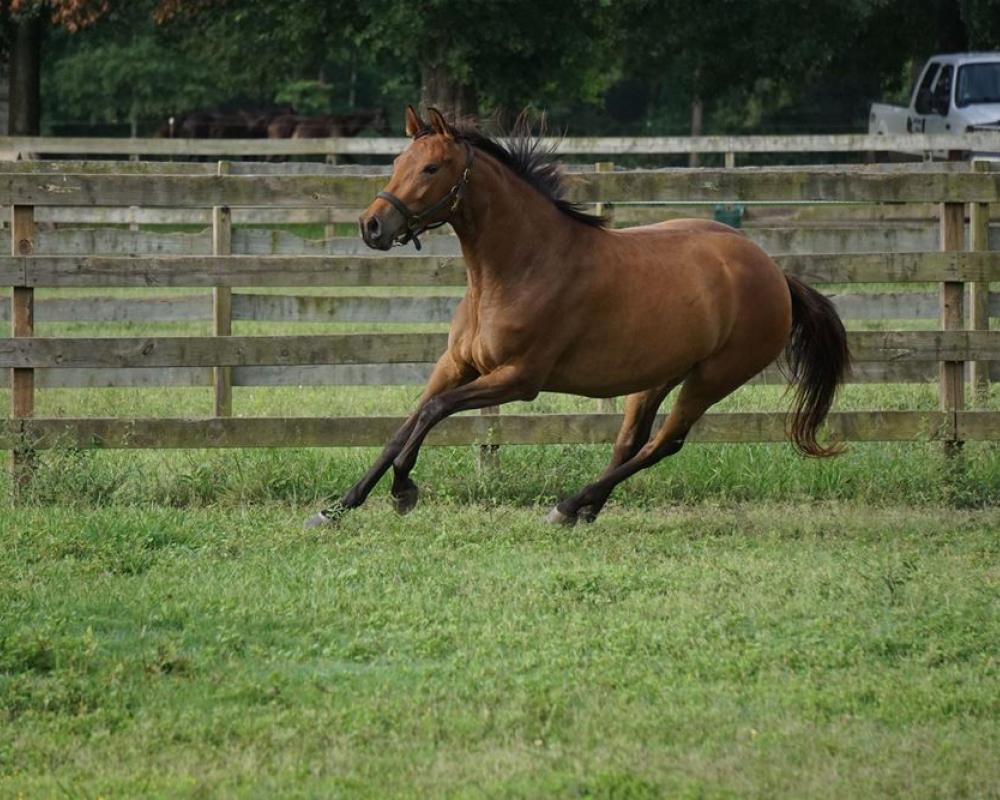 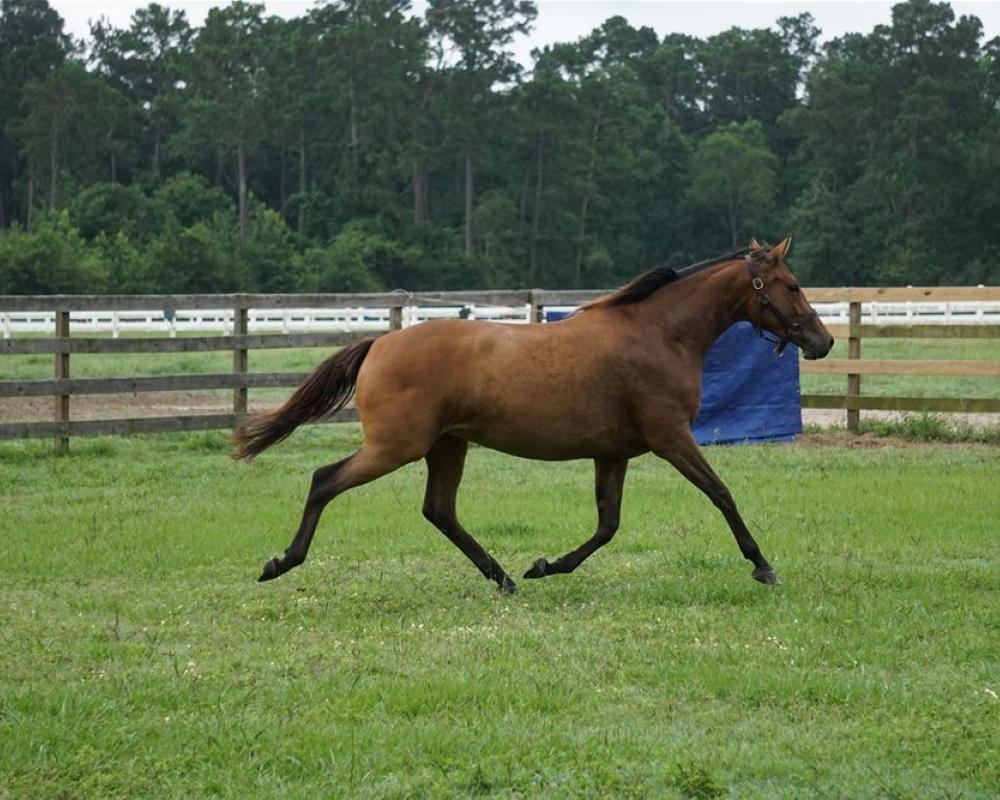 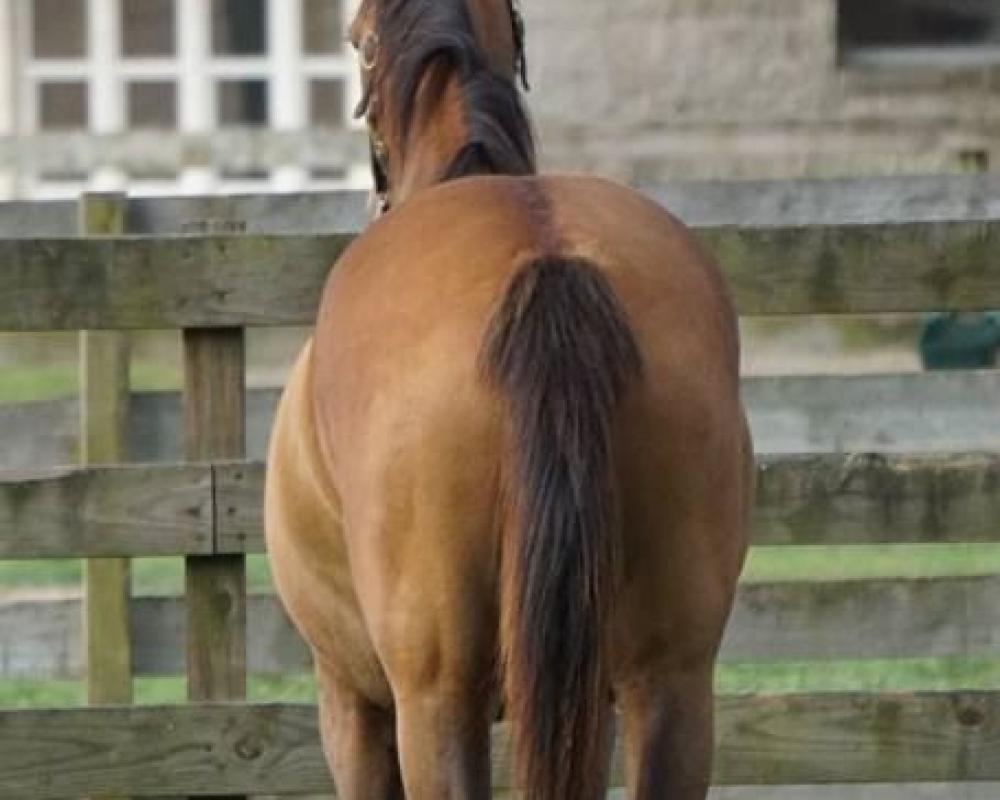 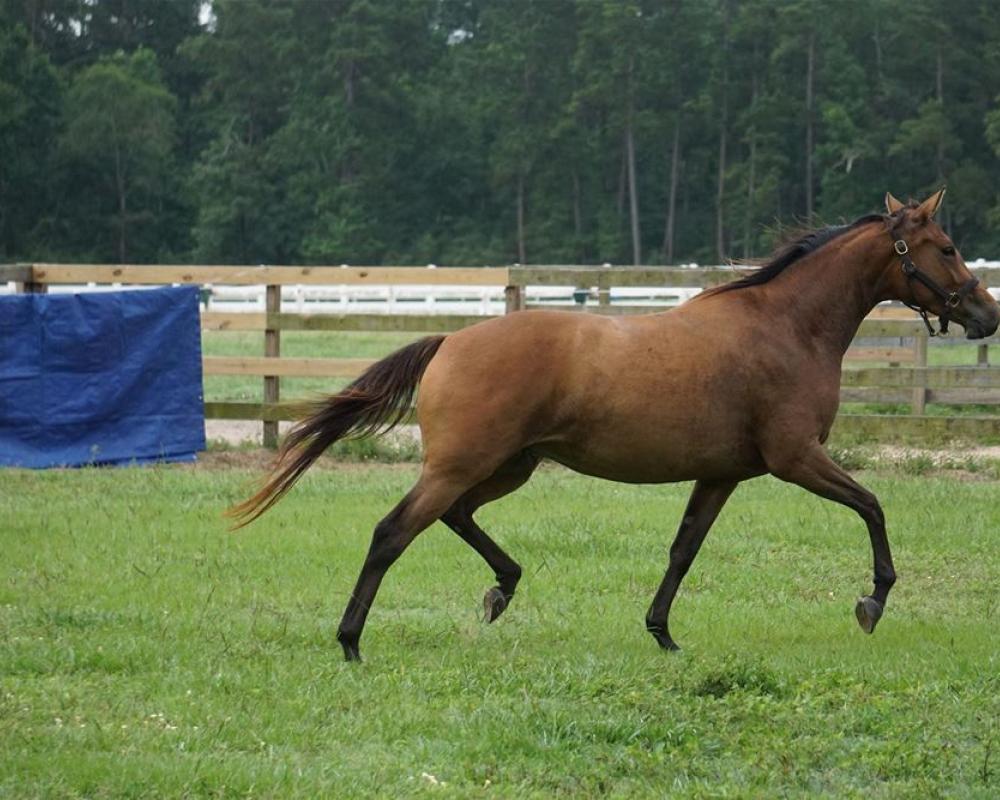 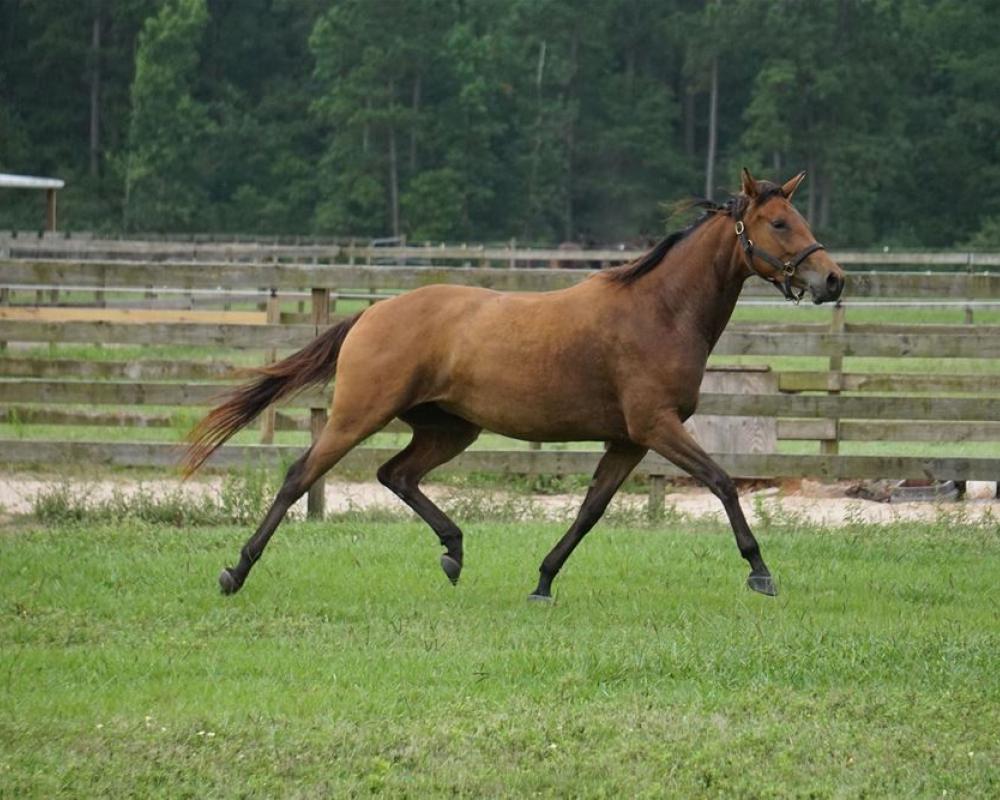 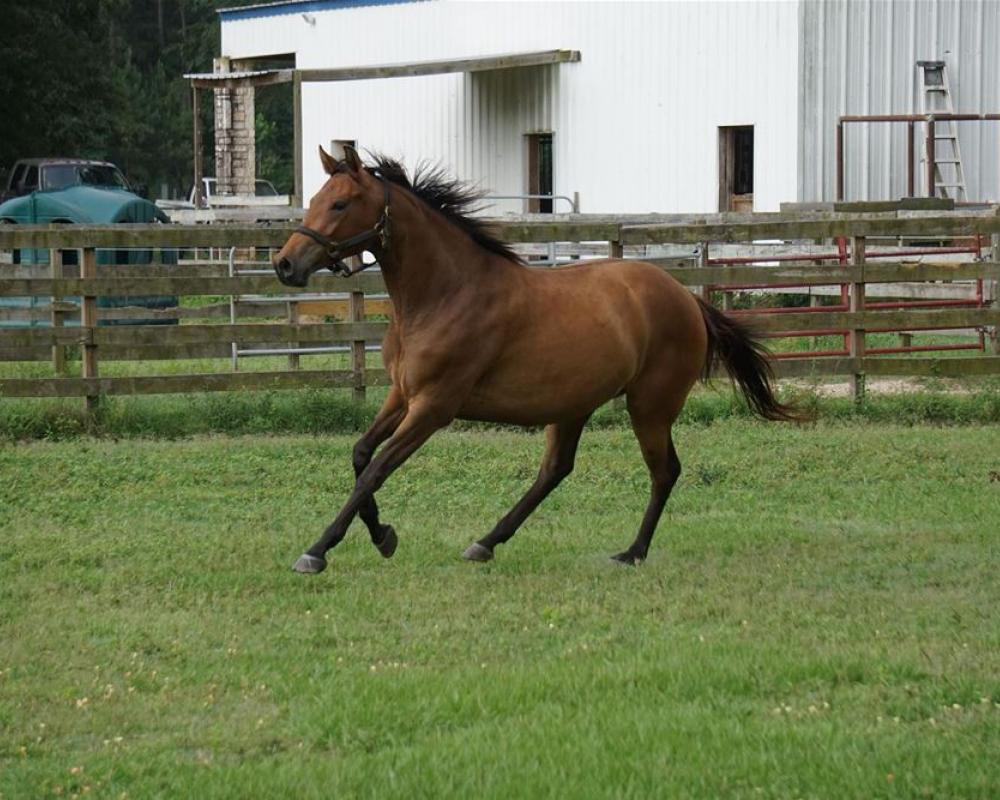 Amazing GOV mare! Wenonah means first born daughter in the Native American language. She has been handled daily since birth, has 3 solid gaits, suitable for the ambitious amateur. Bred for dressage but lots of jump in her pedigree and pretty enough for hunters!

Wenonah's dam, Jemez, has several sons that are already in the show ring. Her oldest is Chancellor, who is currently showing PSG successfully with his open rider owner. Jemez is a proven producer of sport horses, always out producing herself.

Wenonah has lovely gaits with a quick hind leg, an in-your-pocket personality, excellent temperament. She will be a super partner for sport. Her pedigree dictates that she would do well in the hunter, jumper or eventing field.

Wenonah is perfectly sound, confirmed in foal to Rascalino for a May, 2020 foal ... and can be put back to work after weaning or be a lovely addition to your breeding program. Wenonah was presented to AHS on 10/13/2019 and was put into their MMB with <7 score. This foal will be eligible for registry with either GOV, AHS or KWPN.

Wenonah's sire, Wild Dance, is a Hanoverian Grand Prix performer with many wins and placings and multiple offspring at Grand Prix Level. Winner of the 100-day stallion testing in Germany with over 140 points! Over 147 points in dressage/ridability. He is a fantastic mover, he also received a 9 on jumping.

Wenonah is UTD on all vaccines, de-wormer and routine farrier work. She is micro-chipped and comes with Lifetime USEF#.