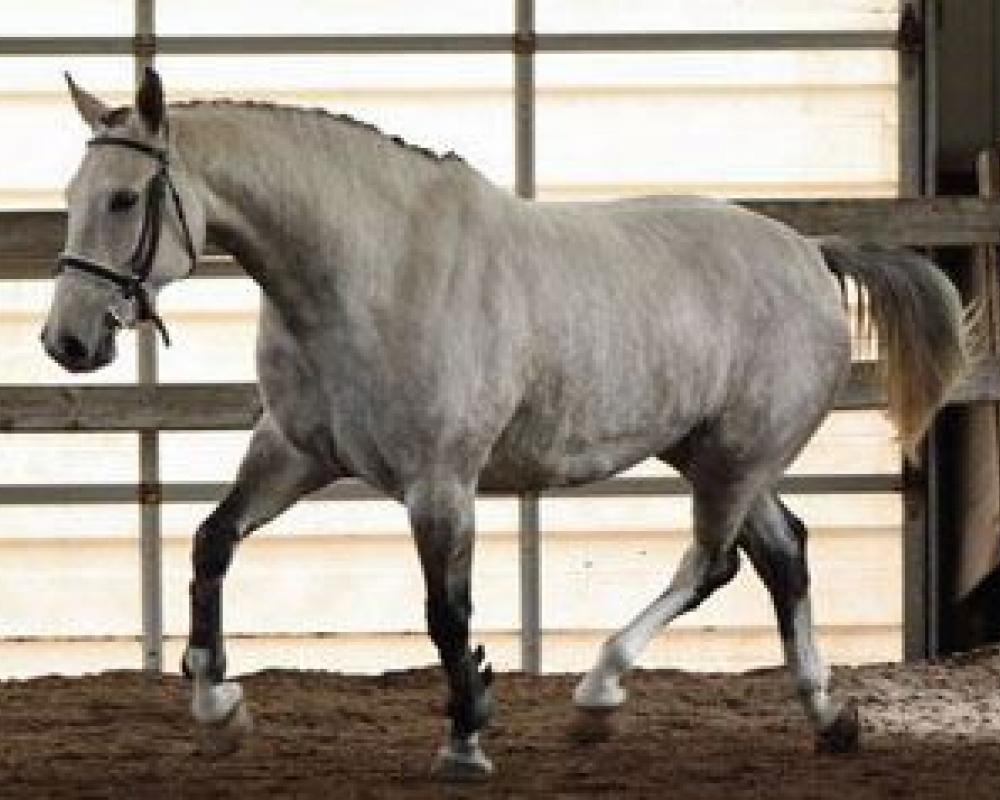 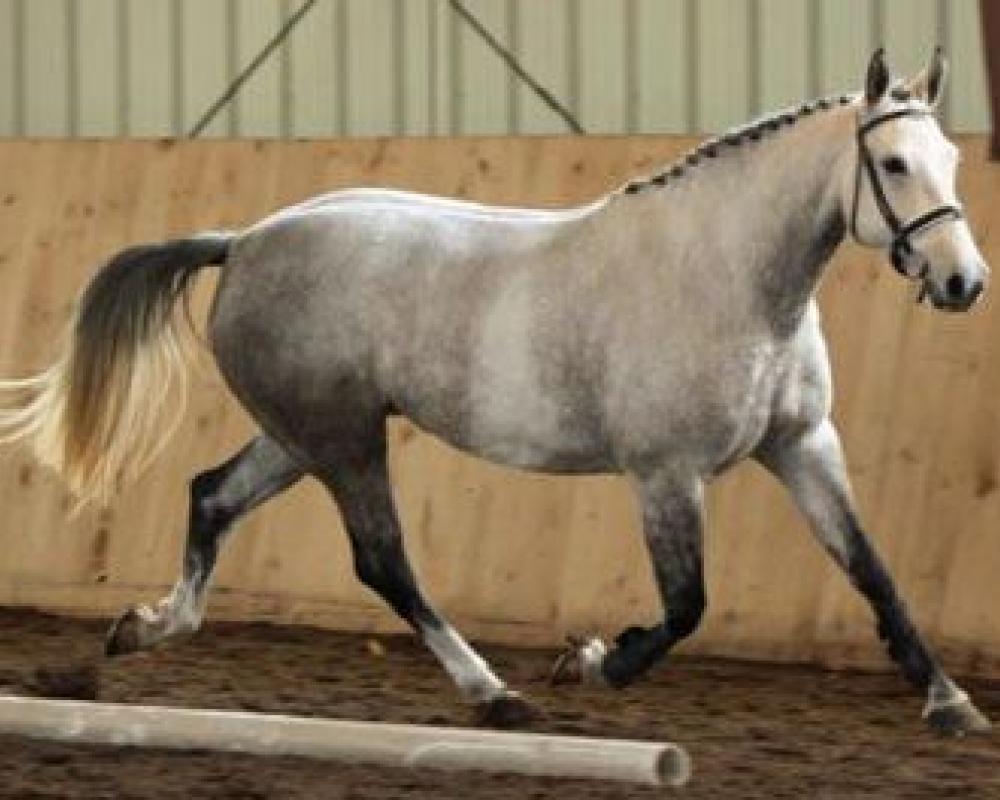 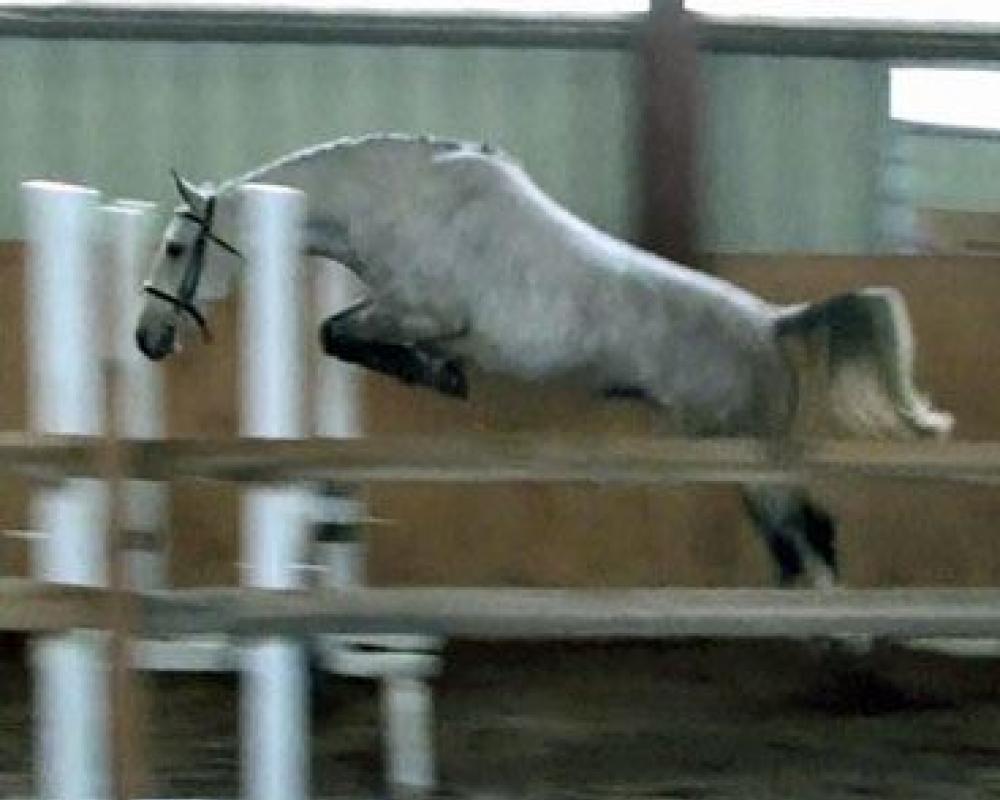 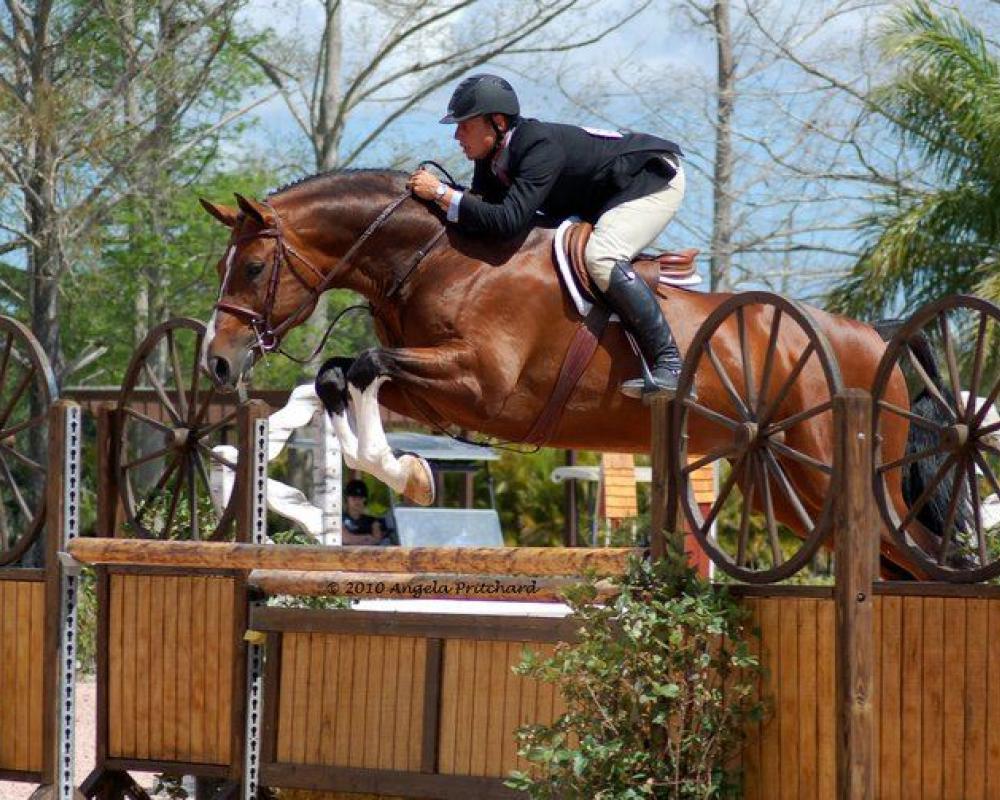 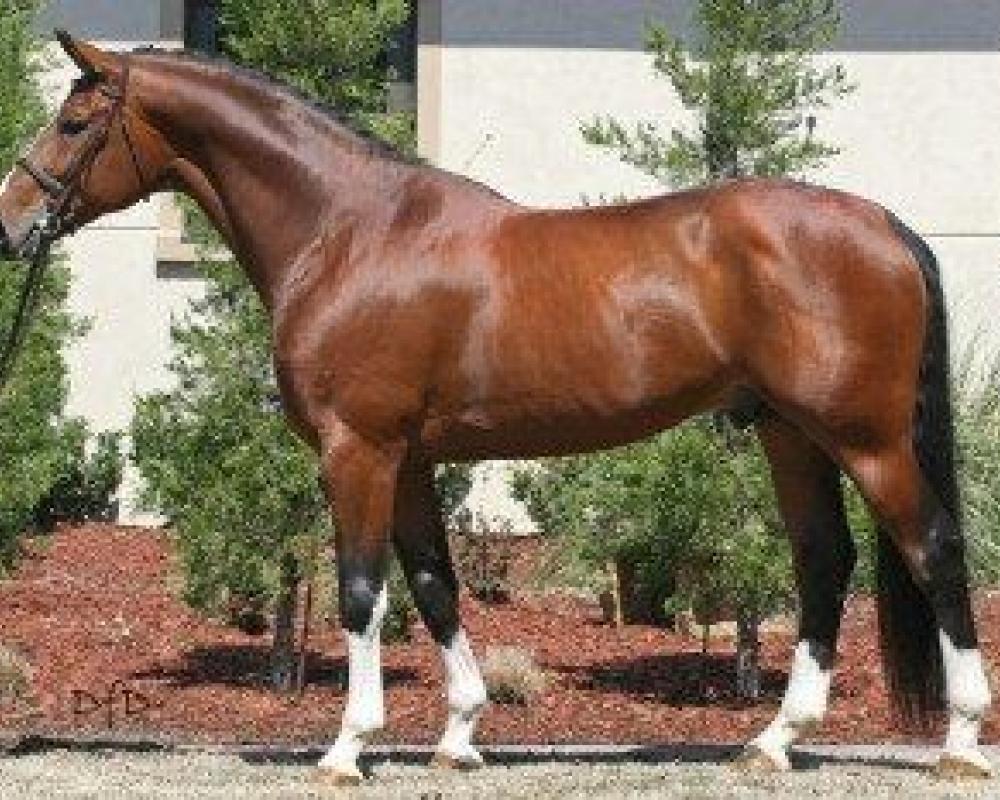 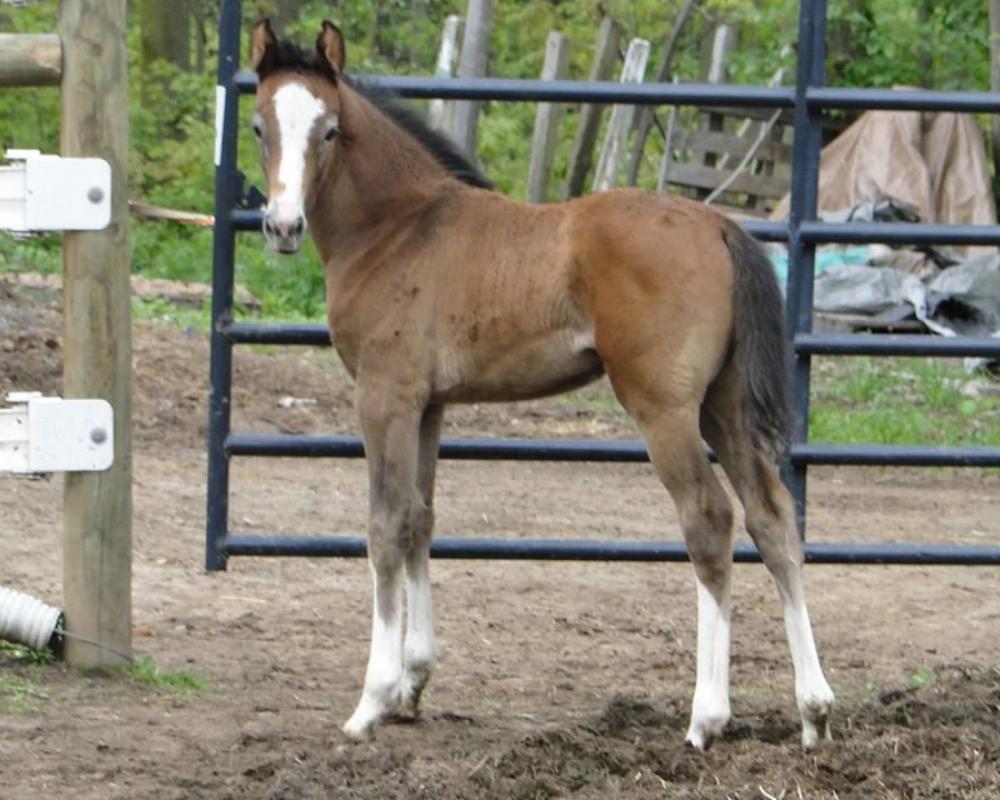 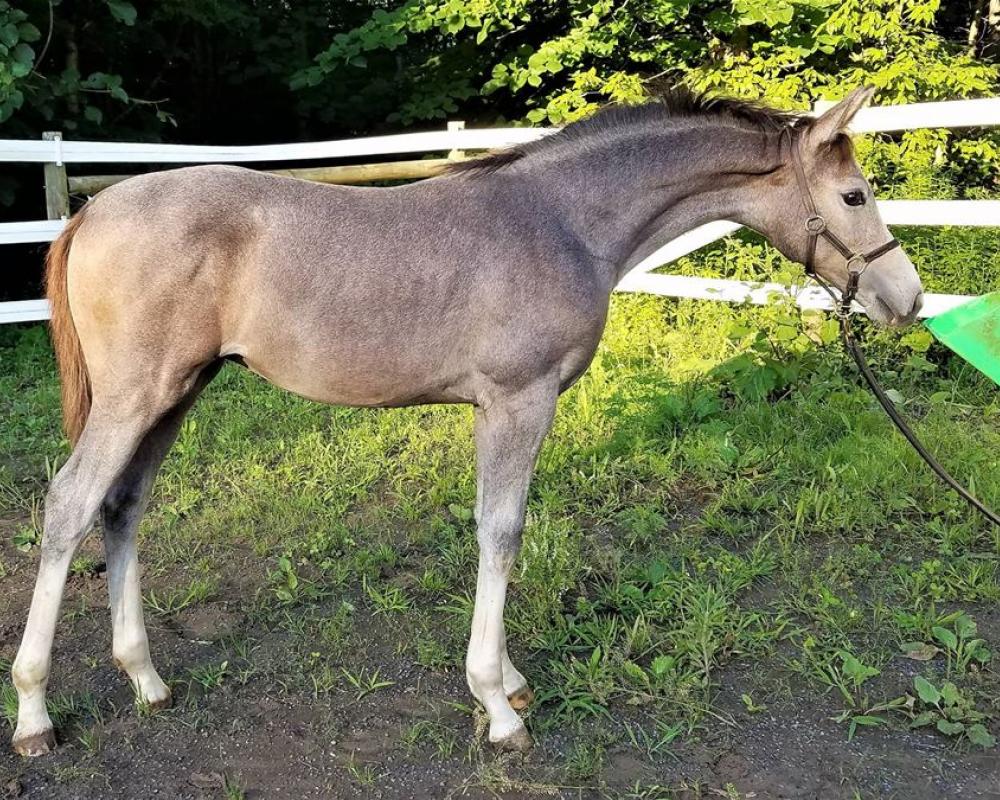 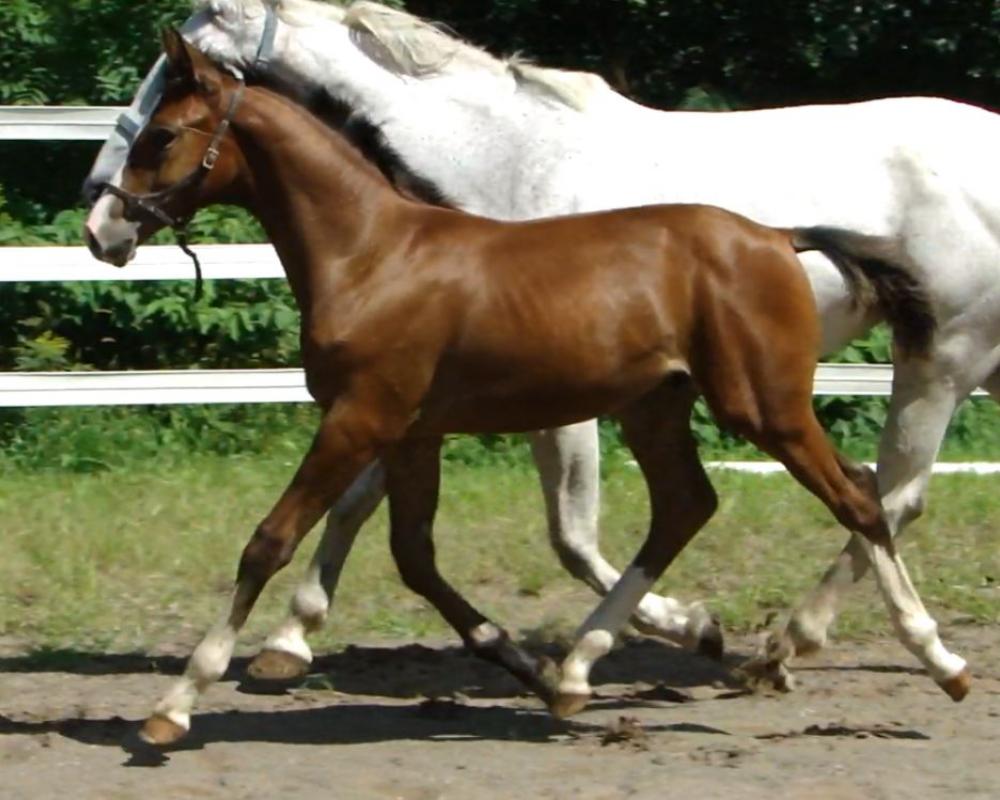 Zakarla (Navarone x Telstar x Joost) is from the famous Karla line. Zakarla's sire Navarone (Olympic Jus de Pomme x Armstrong) has proven himself in Grand Prix Dressage and also jumped to 4'6". His oldest offspring are winning internationally in Grand Prix jumping and Eventing. A truly all around talented sire who throws the best temperament you can get! Super jumpers and Zakarla is no exception.
Zakarla dam Amarens Ster (Telstar x Joost) has produced Grand Prix jumpers. She comes from the famous Karla mare line in Holland that has produced many top international horses, approved stallions and top mares. Amarens was bred by Bauke Lodewijks who was a protege for Weipke van de Lageweg of the famous VDL Stud in Holland. Amarens dam Oecarla is a full sister to the mare Picarla "keur prest" and Oecarla is also Keur Preferent Prestatie. Oecarla is the highest rating a dam can have. Picarla produced the the mare Acarla, Acarla is the dam to Mr. Blue. From Amarens famous mother line comes the stallions Mr. Blue, Nubuur and Transvaal. We also find the “pref” stallion JOOST who has left behind a huge number of jumping talents like, VIP, Ommen, Attent Zb, Satchmo and Jonggor II.
The sire of her foal, Apiro is a son of the legendary Argentinus, who for an amazing seven years led the FN statistics of his age group for the prize money earned by his progeny with offspring competing at the international levels in both dressage and jumping. Argentinus was STALLION of the YEAR in 2005! A successful advanced level showjumper himself, Argentinus sired 28 approved sons, 48 State Premium mares, and became Germany's youngest millionaire based on money won by his progeny. He was renowned for passing on his willing temperament to his offspring. His sire, Argentan I, produced 19 approved sons and 119 State Premium mares and was highly regarded as a broodmare sire. From Absatz, the type and unmistakable face of his sire, Abglanz, is stamped generation after generation. From Argentinus' damsire, Duden II, comes the dynamic movements and impulsion of Duellant. Apiro's dam, the State Premium mare Pyrah H, is a strong producer of sporthorses including the showjumpers Perle, Pandora, and Power Girl, Rocci Balboa who has been successful in the young dressage horse classes, and the State Premium mare, Airline. She also produced the approved stallion, River Phonix, who won the Bavarian Championships and placed in the Bundeschampionat. Pyrah H is by the exceptional jumper sire, Pilot, who was the first showjumping stallion with progeny to earn one million deutschmarks. His second dam, Ceda H, is by the Cyklon son, Cyrus. The Hanoverian-based Trakehner, Cyklon, established a good jumper line and was a superior sporthorse sire.

Apiro's offspring are already having success in the hunter and jumper rings. He is producing talented, amateur friendly horses and is greatly improving scope in gaits and jump.
Apiro was Top 3 Hunter Breeding Sire in 2011 and 2013.
Zakarla has had 3 foals (bred frozen and fresh, and took the first time for the 3 breedings. Mare produces very correct foals with tons of chrome and great movement and natural jumping talent. She has never been unsound, but has been out of work for years due to breeding, so is being sold as a broodmare. She is being offered, confirmed in foal to Apiro, for $8500.