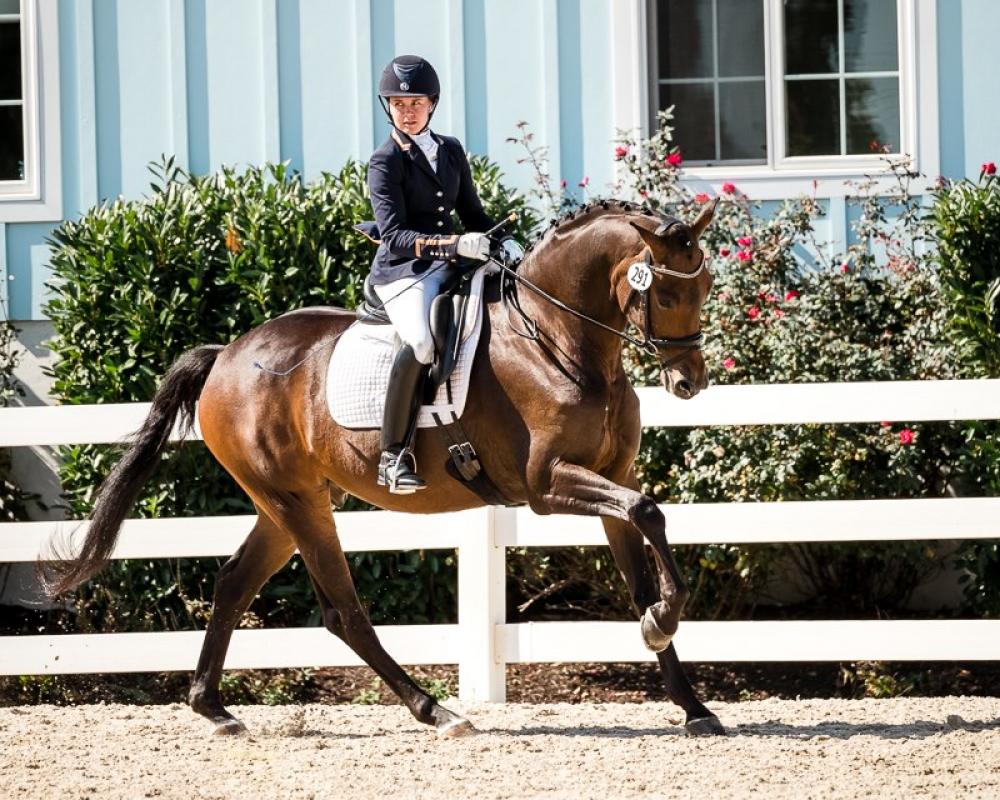 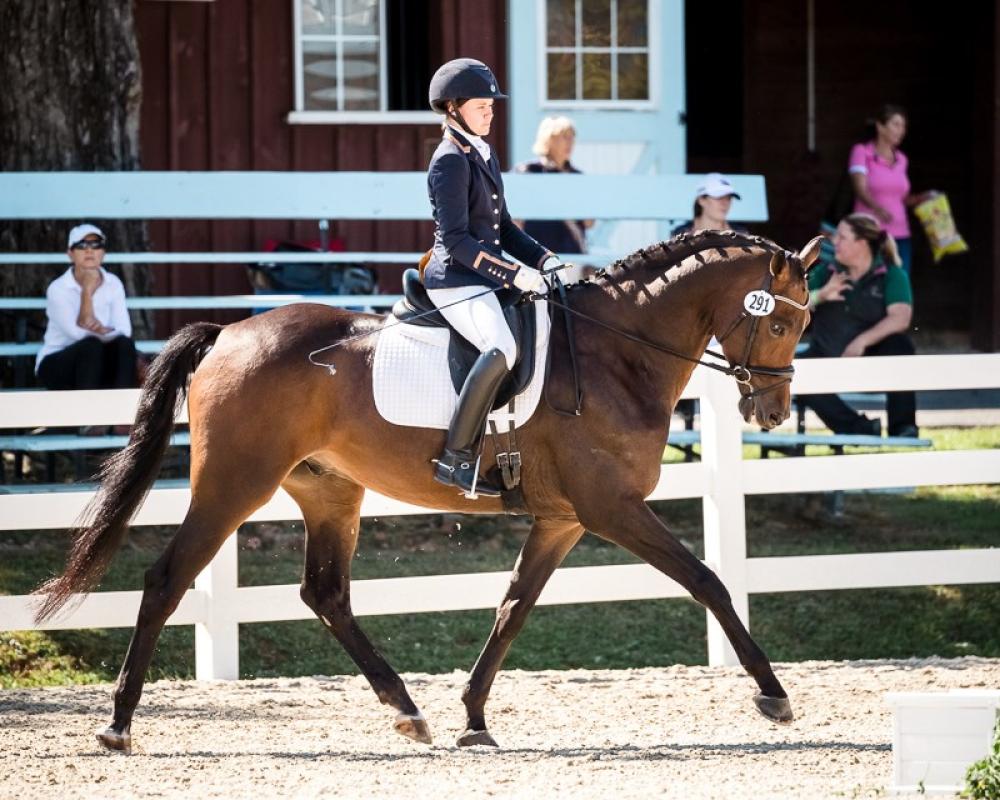 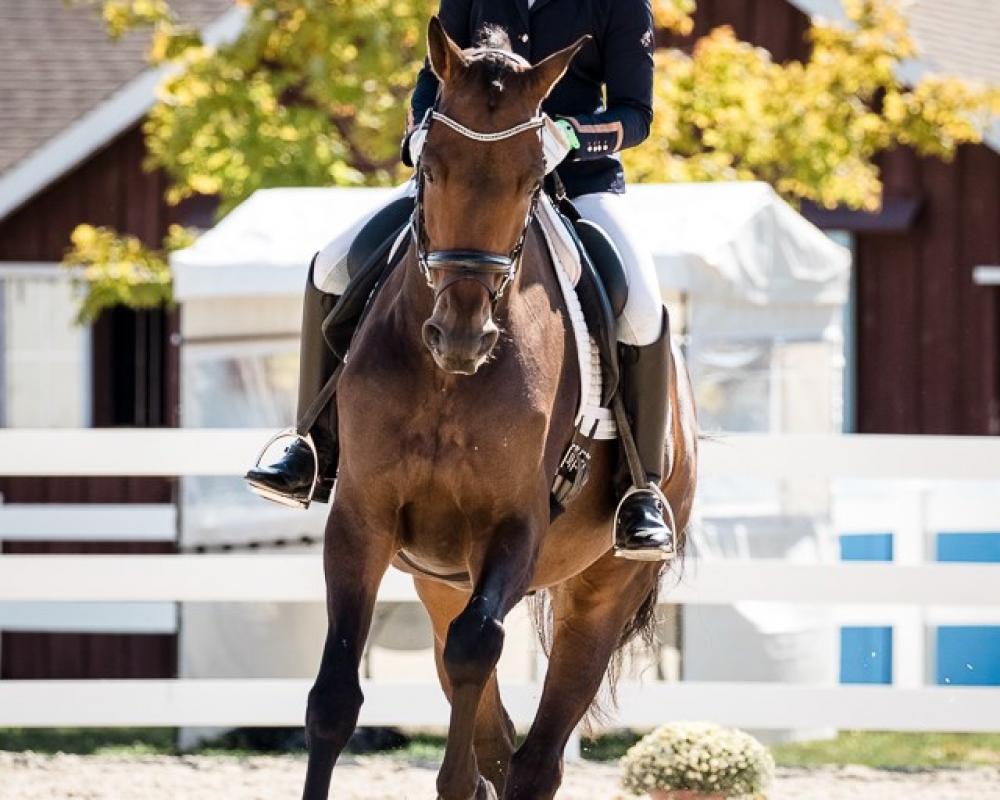 HR Zigzag 2014 16.1h Oldenburg gelding by Blue Hors Zack/Royal Prince. 'Ziggy' has three top class gaits and is naturally balanced. He is destined for the FEI ring. He would do very well with a confident amateur or junior in a program but has quality enough for a professional looking for her next FEI partner. He is extremely fun to ride! He is schooling Third level movements and canter pirouettes.

Blue Hors Zack is described as 'a stallion of exceptional quality, three outstanding paces and his ability to collect.' Zack has several approved sons, one of the most notable being the sensational Sezuan. His son Zonik won the Danish Championships under Andreas Helgstrand before being purchased by Glock for Edward Gal.

The damsire, Royal Prince, is five time USEF Dressage Breeding Sire of the Year. He represented the USA twice in the FEI World Championships for Young Horses. Royal Prince's sire, Rohdiamant, was short-listed for the US Olympic team. He is described as producing an 'elegant, refined sport horse type with high rideability.'

Shown at USDF recognized shows at Training and First levels in 2019 with scores into the 70%s.

Zigzag is certainly bound for the big rings with his class, breeding, and movement. He is on track for the FEI 6 Year Olds. He is sound with no vices and ready to go!