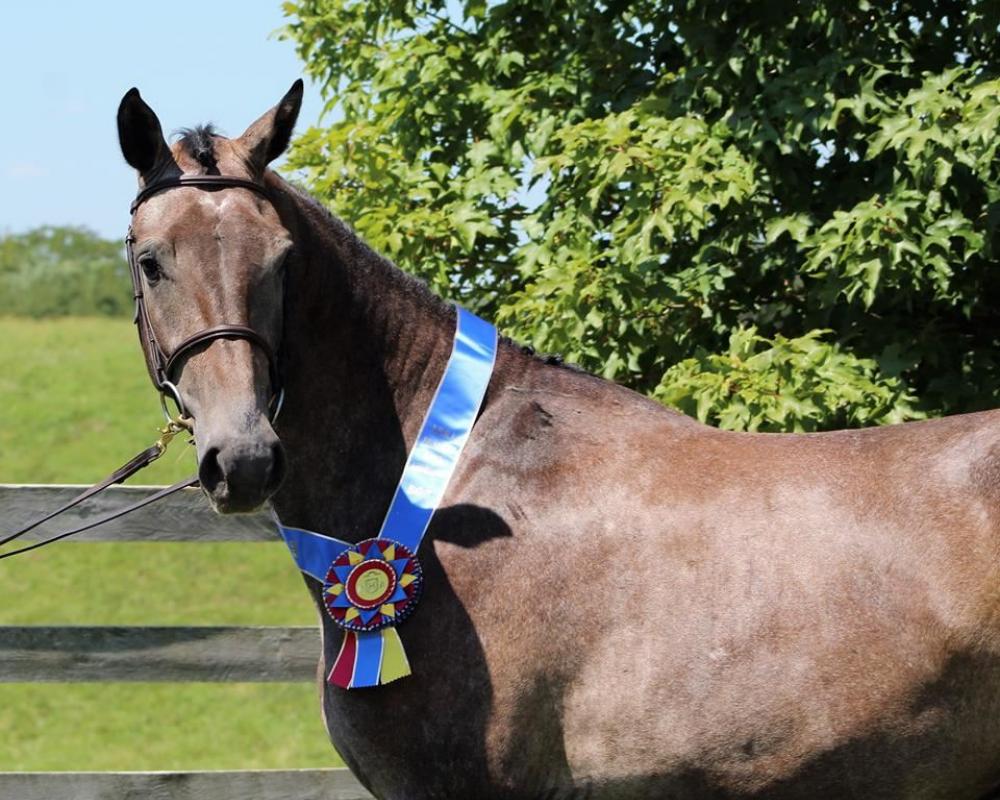 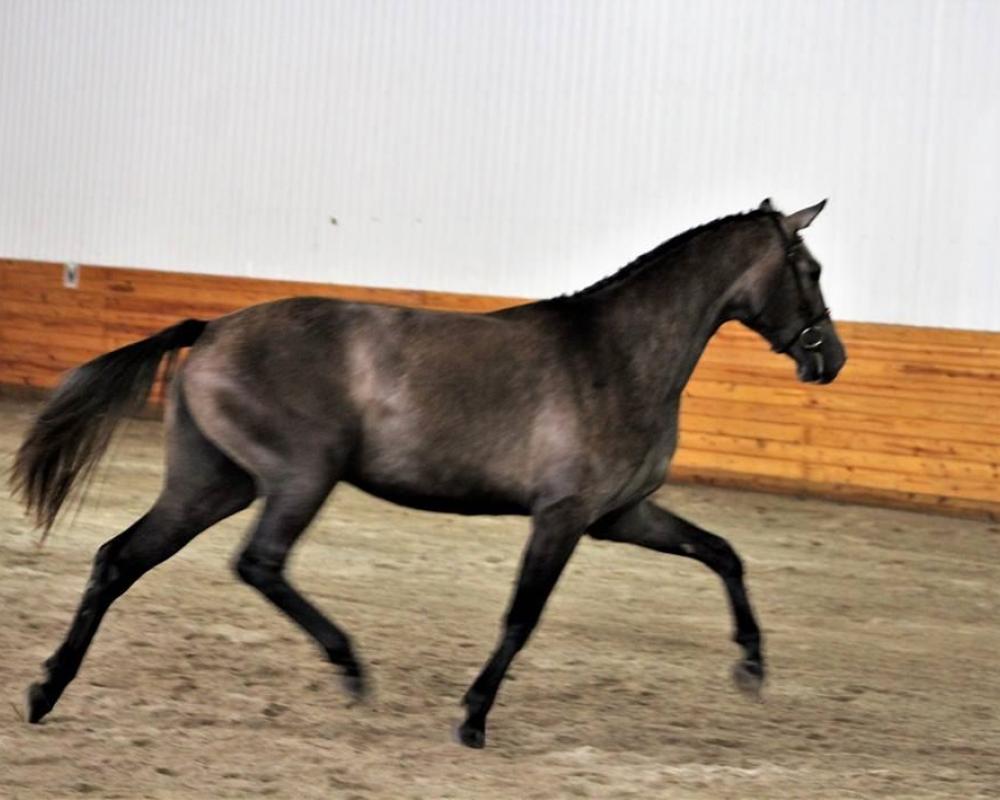 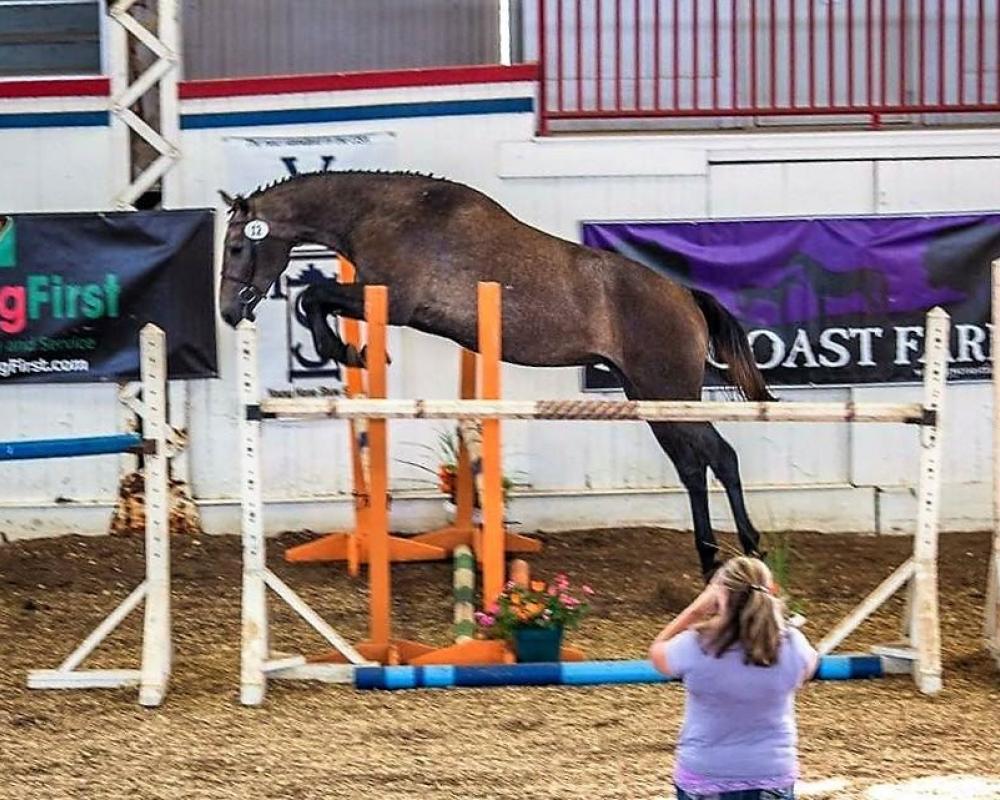 2019 In Utero Foal: Chin Quidam VDL/Contefino/Capitol I/Sacramento Song xx
Deposit holds foal. Live, healthy foal guarantee. Price is all inclusive for registration and routine care through weaning. Currently priced at $9500. Inquire via pm, or call/text 660-441-5002. All photos are of dam.
Sire: Chin Quidam VDL (Chin Chin/Quidam de Revel/Landgraf)
Chin Quidam has successfully jumped up to the 1.50m level. As an 8 year old, he won the Youngster Cup Qualifier as well as the Youngster Finale in Aachen, beating the best young horses in the world. He has since won classes at Spruce Meadows, won the 1.50m Grand Prix – Ommen, NED CSI3*, and has had top ribbons in several WEF Grand Prix classes. More info and photos can be found here: www.hyperionstud.com/stallion/chin-quidam-vdl/
Dam: Hy Hopes HH, MMP (Contefino/Captitol I/Sacramento Song xx)
Hy Hopes HH is a three year old mare that will be going into sport after this foal. She was a Premium foal at her Holtsteiner inspection, receiving a 9 for movement. As a two year old, she was Site Champion mare at her Holsteiner inspection, as well as scoring high enough to be placed into the Main Mare Premium book. As a two year old she also showed at a Spy Coast Farm Young Horse show, placing second in a very competitive two year old In-Hand/At Liberty Class, with all scores over 8.0 (including 8.5 for quality of gaits and 8.5 for overall athleticism). In the two year old free jumping class she was also second, behind her stable mate, with scores of 8.0 for technique, front legs, hind legs, bascule and scope, with the comment "Potential FEI Show Jumper" written on her score sheet.
Her sire Contefino (Contender/Corofino), competed in the 1.60 m in Europe. He has proven to be a very successful sire with a relatively small amount of offspring, having produced several Grand Prix jumpers as well as approved stallions.
Hy Hopes' dam, Hy Fly, jumped at the Grand Prix level and comes from a strong family of jumping talent. Her dam Miranda, under the name Chicoa, was shown in both international level eventing AND showjumping. Hy Fly is also the maternal half sister to Chico S-R, a showjumper and licensed stallion, as well as maternal half-sister to international showjumper Van Schijndel's Iranda, under the saddle of Piet Raymaker