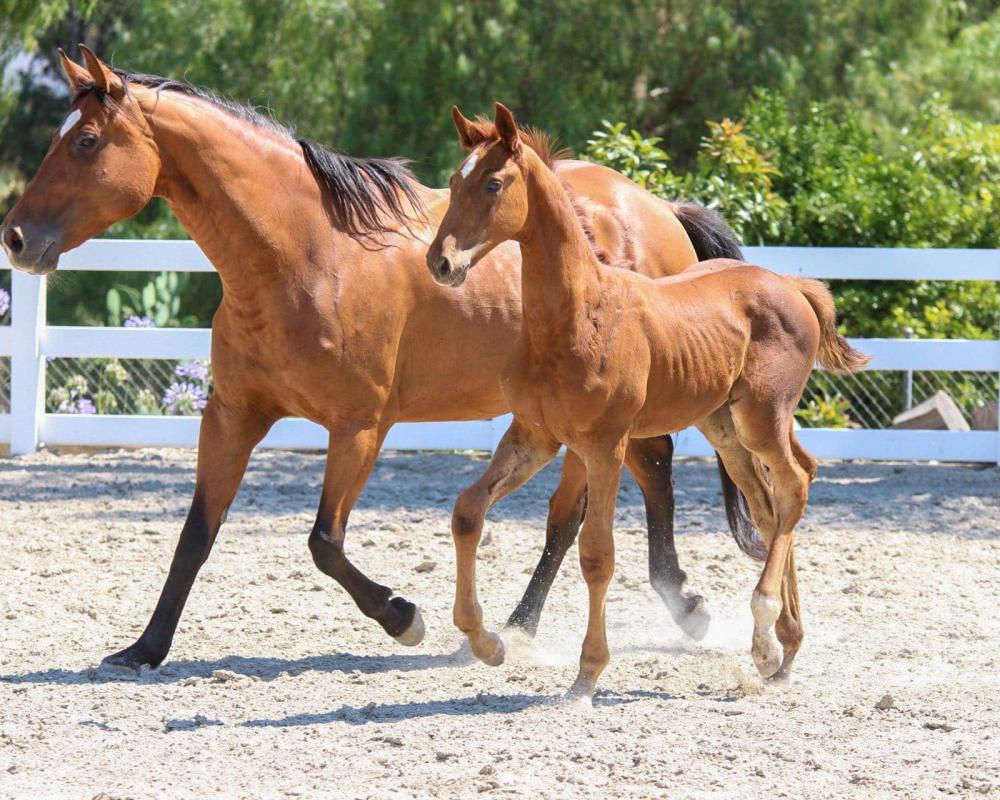 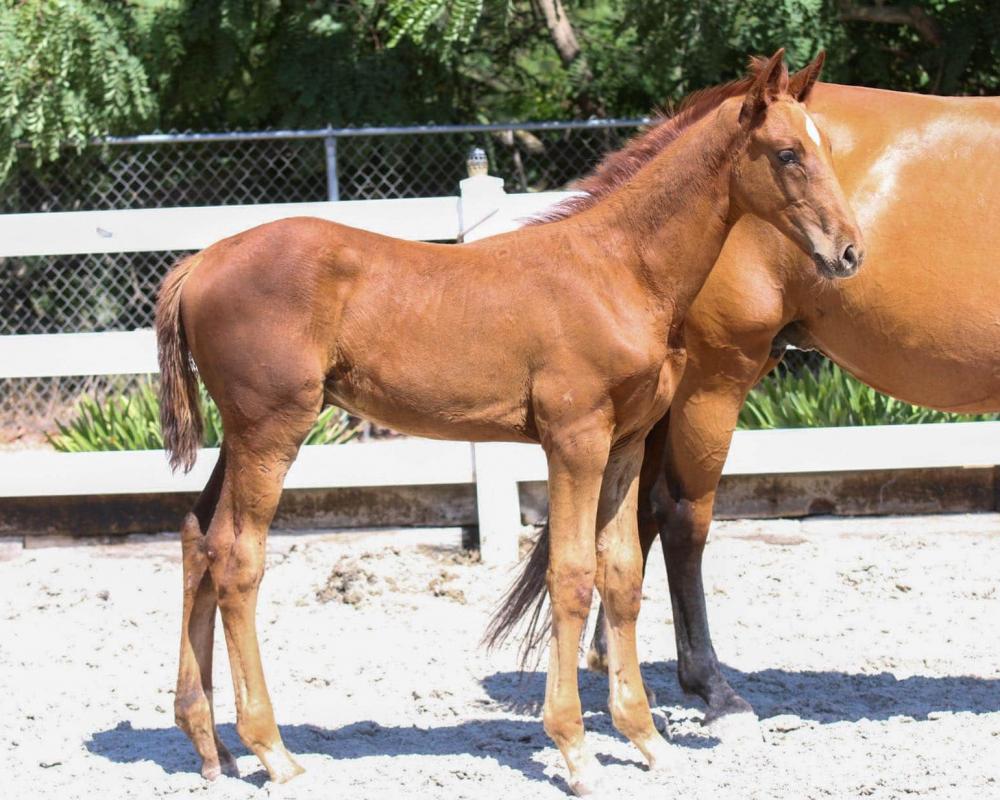 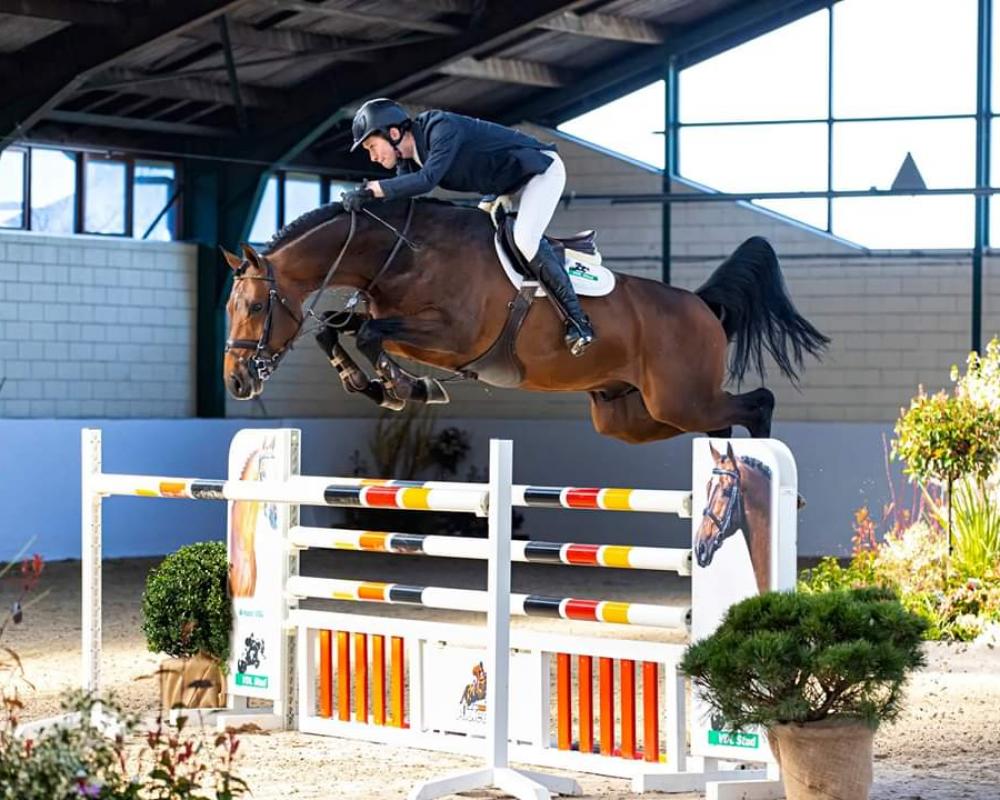 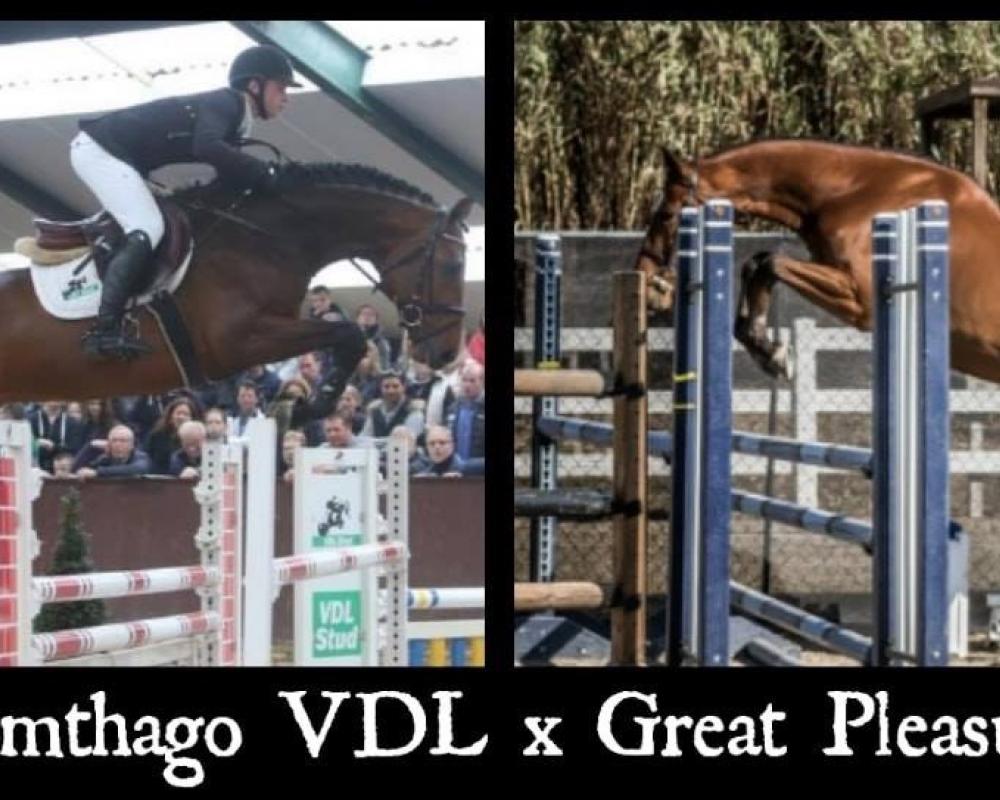 Huge chestnut colt born May, 2020. His sire Comthago unites the genes of show jumping phenomenon Comme Il Faut with a performance dam line from Holstein. With Comme Il Faut, Carthago, Caretino, Constant and Roman all in a line, Comthago has the complete package of genes to succeed in both sport and breeding. Comme Il Faut, who competes at the very highest level with Marcus Ehning, is a son of the world-class sire Cornet Obolensky, who at a young age is already among world’s best showjumping producers. Genetically, Comme Il Faut may even become more interesting than his sire, since Comme Il Faut’s dam is the legendary mare Ratina Z. Additionally; Comme Il Faut has won the World Cup of Madrid and the Grand Prix competitions of Vienna and Paderborn. Comthago’s grand sire Carthago brings in unlimited scope - himself competing at two Olympic Games with Jos Lansink, Atlanta and Sydney. In breeding, Carthago is among the best, just like great-grand sire Caretino who is still represented by his offspring in the most prestigious arenas. Constant and Roman also jumped at the highest level.

Comthago himself seems to combine all the assets from his pedigree: he has the appearance, the gallop and looseness of a modern jumping horse. He jumps with scope, take off, a good bascule and he is careful. Convincingly, Comthago finished as the reserve champion of the stallion approvals in Mecklenburg.

Dam, Epiphany KF, is a Ster Hunter mare with the KWPN-NA. She is by Great Pleasure out of a Best of Luck (Octrooi) mare. Epiphany showed beautiful technique and movement before a career ending injury led her to the breeding shed. Epiphany produces big, elegant, good moving foal with excellent conformation and temperament. Her daughter, Mimosa KF, by Karandasj was the KWPN-NA Champion for 2 year old hunters with an 80 for conformation and a 76 for movement.

This foal should be a dream 3 ring prospect. Reg KWPN-NA & lifetime USEF.