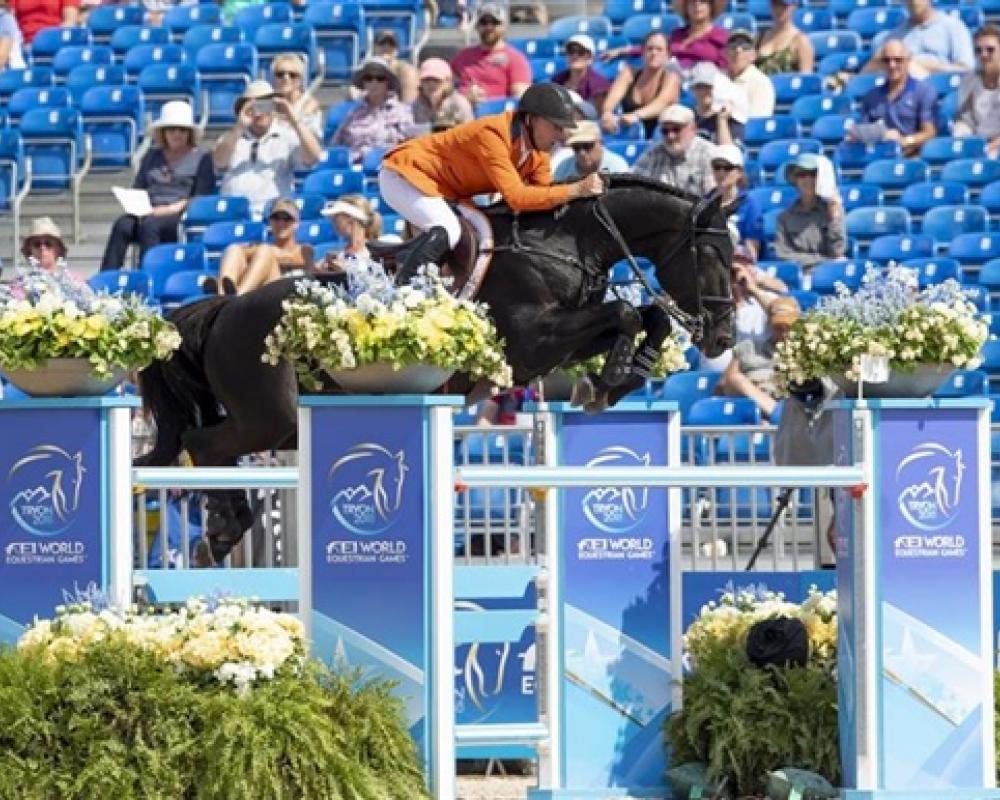 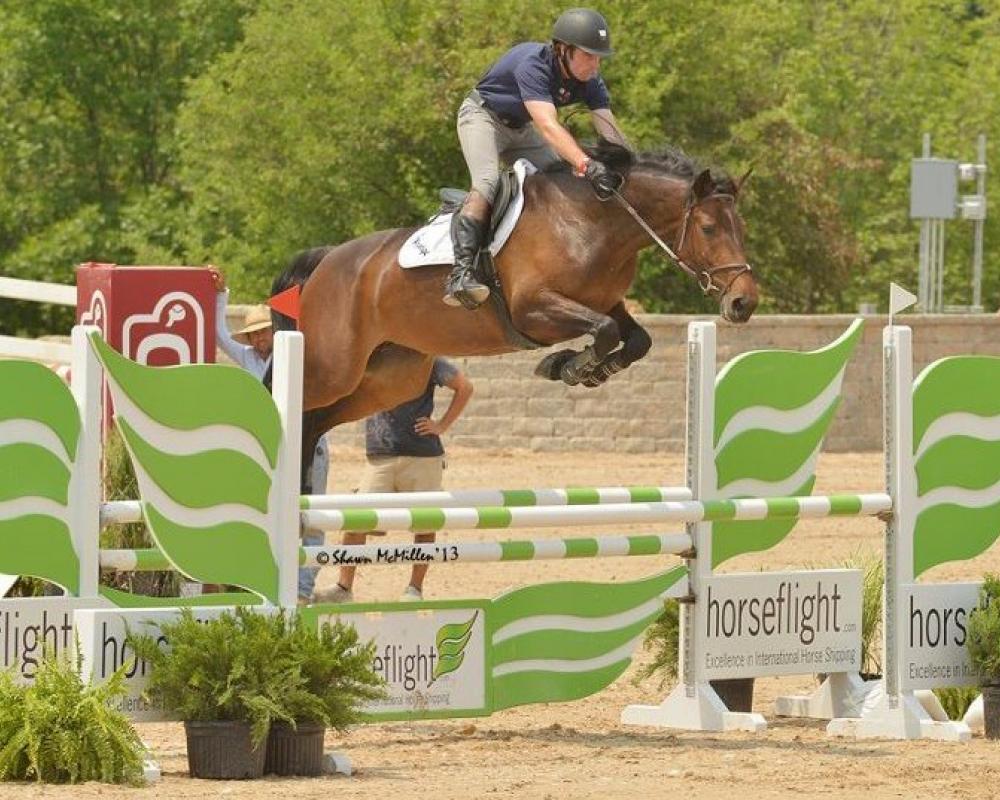 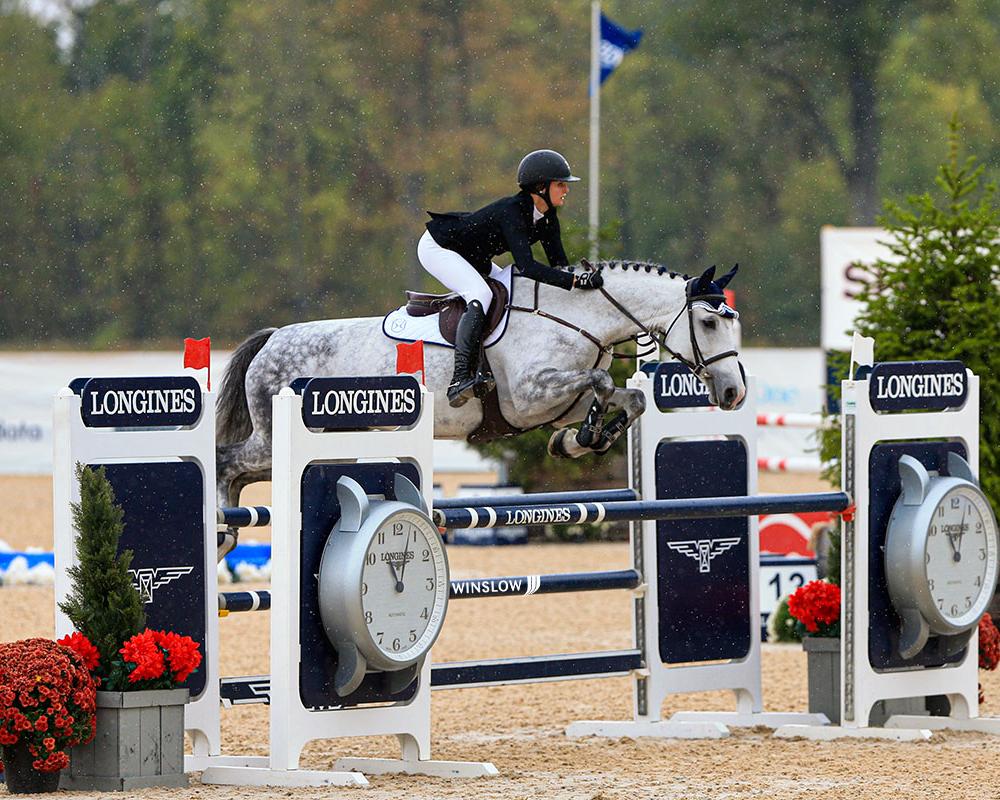 This is a colt option only. We offer a live, healthy foal guarantee and we have MANY references available!

Glasgow van ‘t Merelsnest has shown that he is one of the world’s best jumping horses. With Jur Vrieling he performed robustly winning the Grand Prix of Rome and the Helsinki World Cup. The absolute highlight was the victory with the Dutch team in the Longines Nations Cup final of Barcelona. Glasgow van ‘t Merelsnest jumped two fantastic rounds in this final. In addition Glasgow van ‘t Merelsnest won the Nations Cup in Falsterbo by jumping three clear rounds. He jumped with the Dutch team to a 2nd place in Hickstead and a 4th place in Drammen. He won a 1.50m at Jumping Amsterdam and a 1.45m at Drachten. He was 2nd in a 1.55m at Rotterdam and 10th in the Grand Prix Rotterdam. In 2016 he won the Grand Prix of Arezzo and became 2nd in the Grand Prix of Odense. As a member of the Dutch team they won the Nations Cup of La Baule, placed 2nd in Odense and 3rd in Falsterbo. In 2015 there were victories in the Six Bars of Mechelen, Melsomvik and Zuidbroek.

Andoctra HH is a 2008 homebred mare from one of our foundation mares, Princess Queenie. Queenie was shown as a young horse by Margie Engle and was a daughter of Margie's Grand Prix mare, Caribbean Queen. As a two-year old, Andoctra was inspected by the American Holsteiner Horse Association and entered into their Premium Mare Book, with a score of 48 bonits. She also received the second highest free jumping scores on that year's inspection tour, with scores of 9,8,9. She was the highest scoring North American bred mare on the tour, as well.

After weaning her first foal, Andoctra went into training with Wilhelm Genn. She competed in the Five-Year-Old Young Jumper classes, ending her first year of showing as the Zone 7 Five-Year Old Young Jumper Champion. Because of her success in sport, she was awarded her Mare Performance Testing title, through the American Holsteiner Horse Association.

Andoctra has been a very productive mare for us, even though she is still quite young herself. Her 2012 filly by Calido was a Premium foal, and also went on to be site champion mare at her American Holsteiner Horse Association inspection (as a two-year old), with one of the highest scores in the country (50 bonits), gaining her entry into the Main Mare Premium Select Book and obtaining free-jumping scores of 9,8,8. That daughter, Cix Degrees HH, has now obtained her mare performance testing title through her sport results, and finished in the top-20 Six Year Old Young Jumpers in the country for 2018. She is currently winning at 1.30m with an amateur adult, including top ribbons in her first Welcome Stakes and Future’s Prix! Andoctra's 2016 daughter, Independence Day HH, was inspected by the Holsteiner Verband and was also awarded the title of Main Mare Premium Select, as well as Reserve Champion of her inspection site.

Hillside H Ranch is a small farm specializing in high quality sport horses, focusing on show jumpers. We provide the very best in breeding selections, care and nutrition to create the ultimate athlete. We take special pride in the quality of our broodmares. Anyone can use a famous stallion for breeding but not everyone has a great mare.
Email Seller Now
Visit Seller Website
More Horses From Seller
Get the latest news and updates