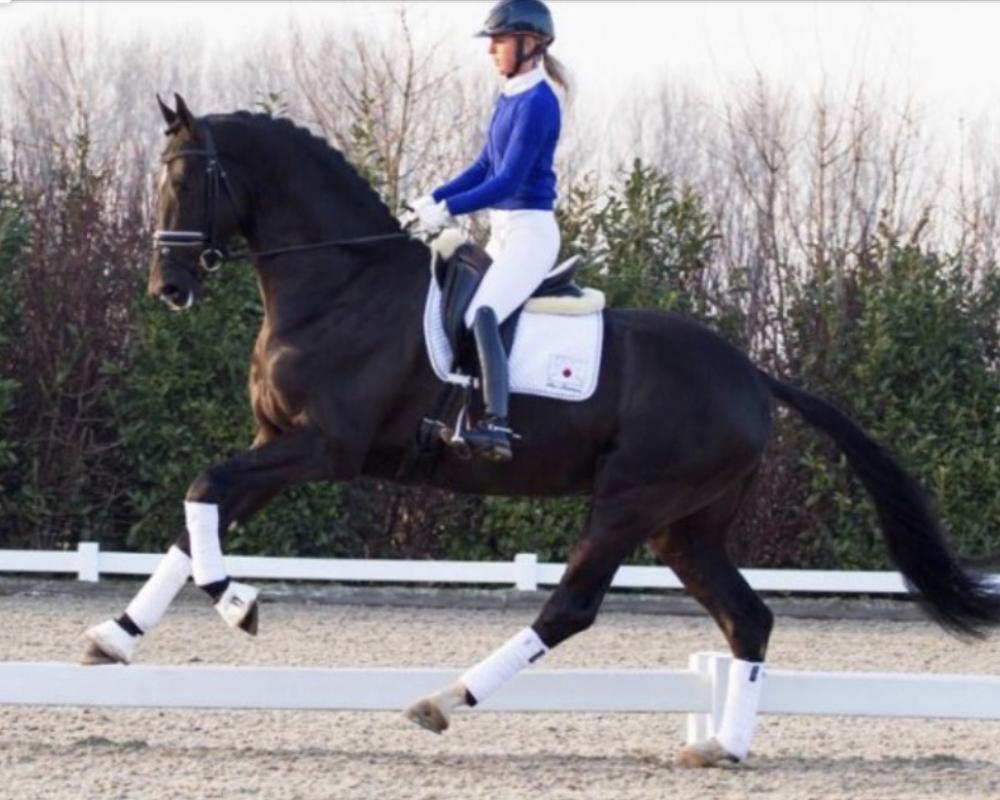 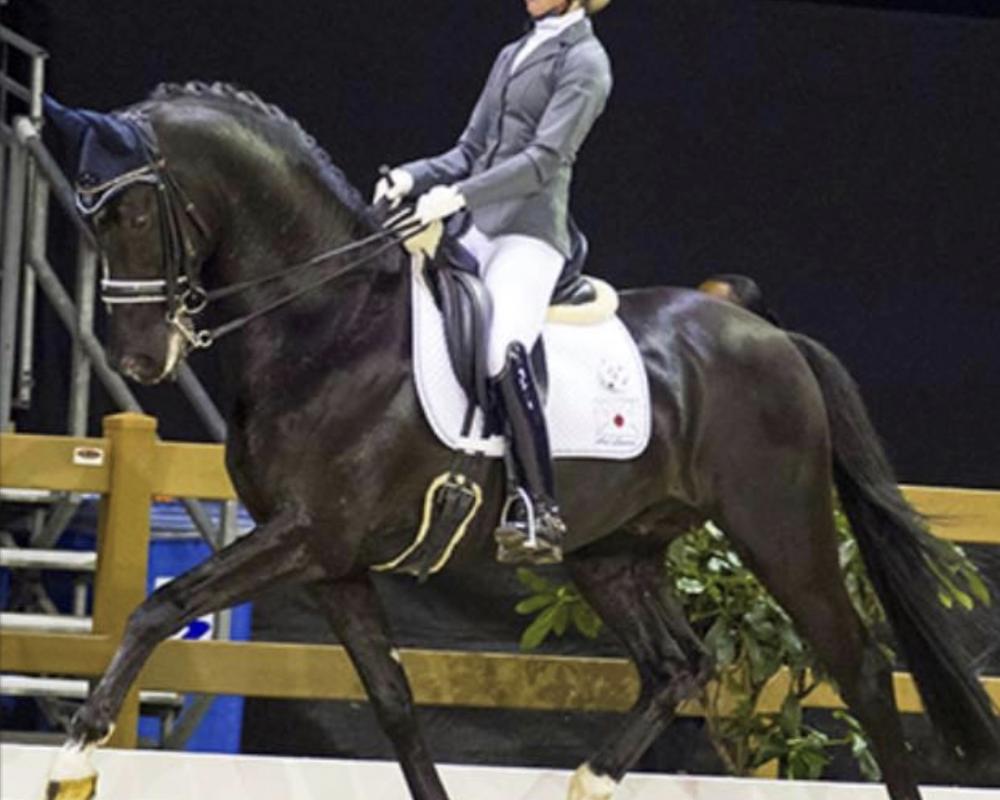 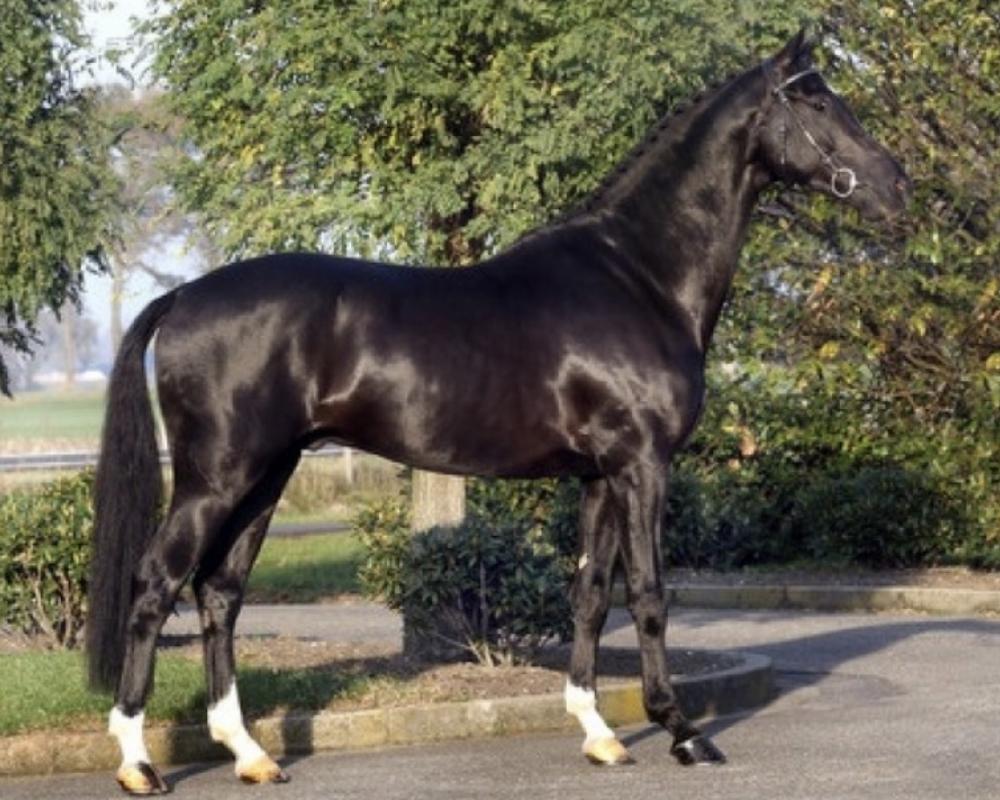 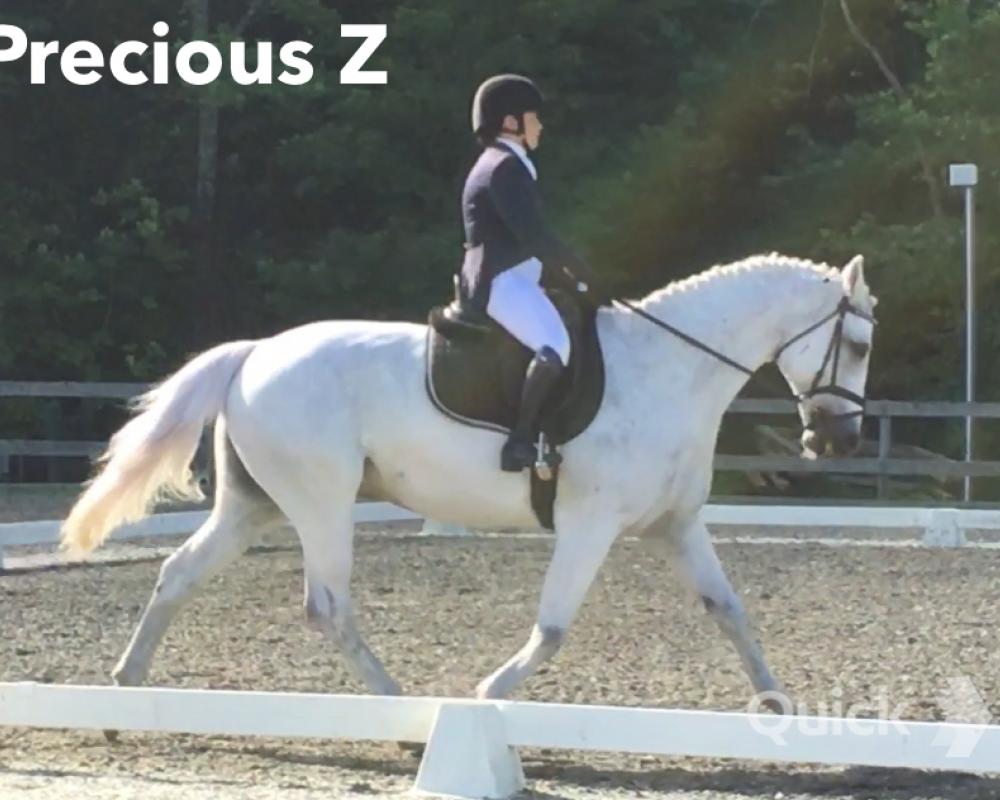 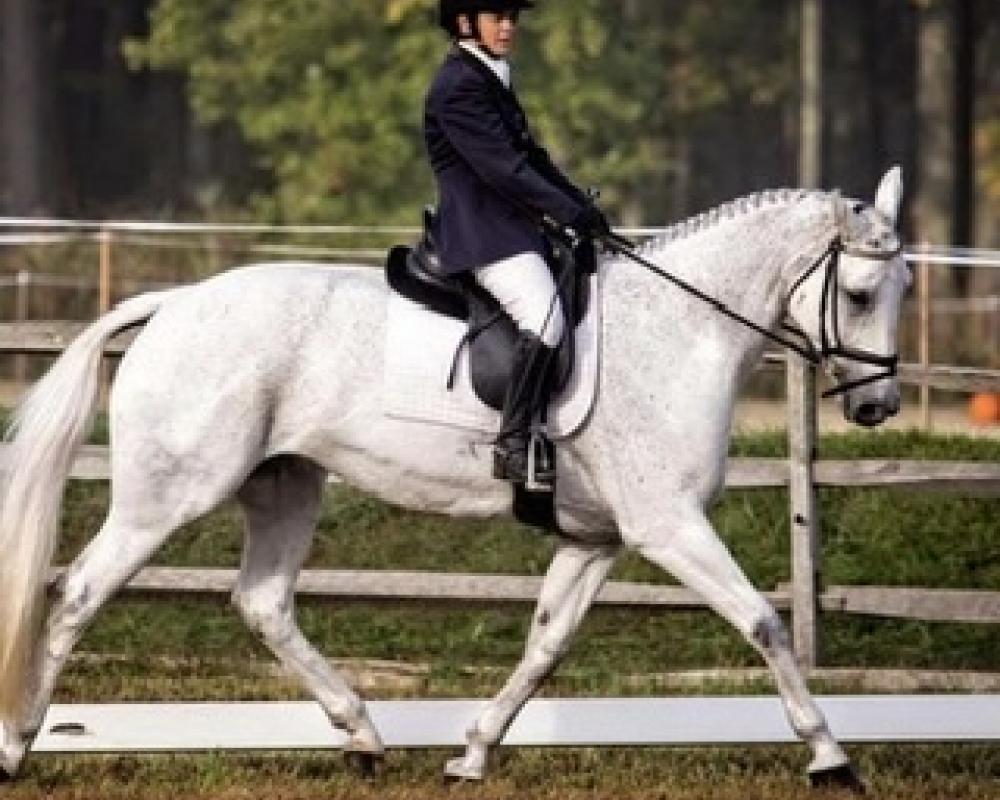 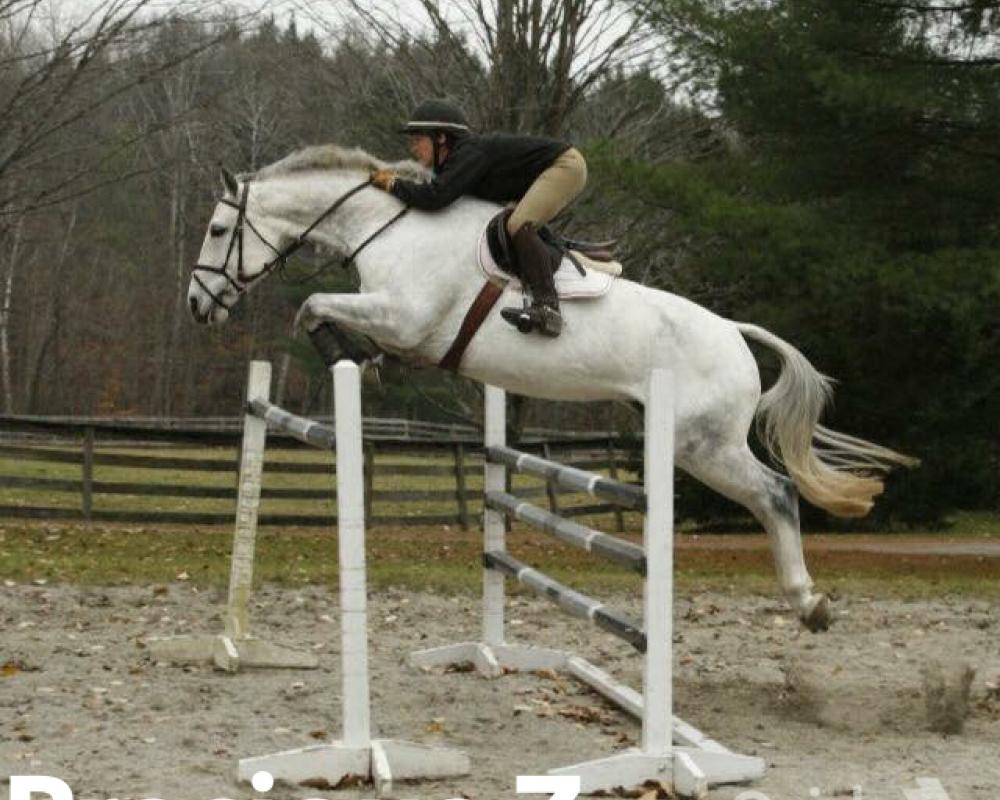 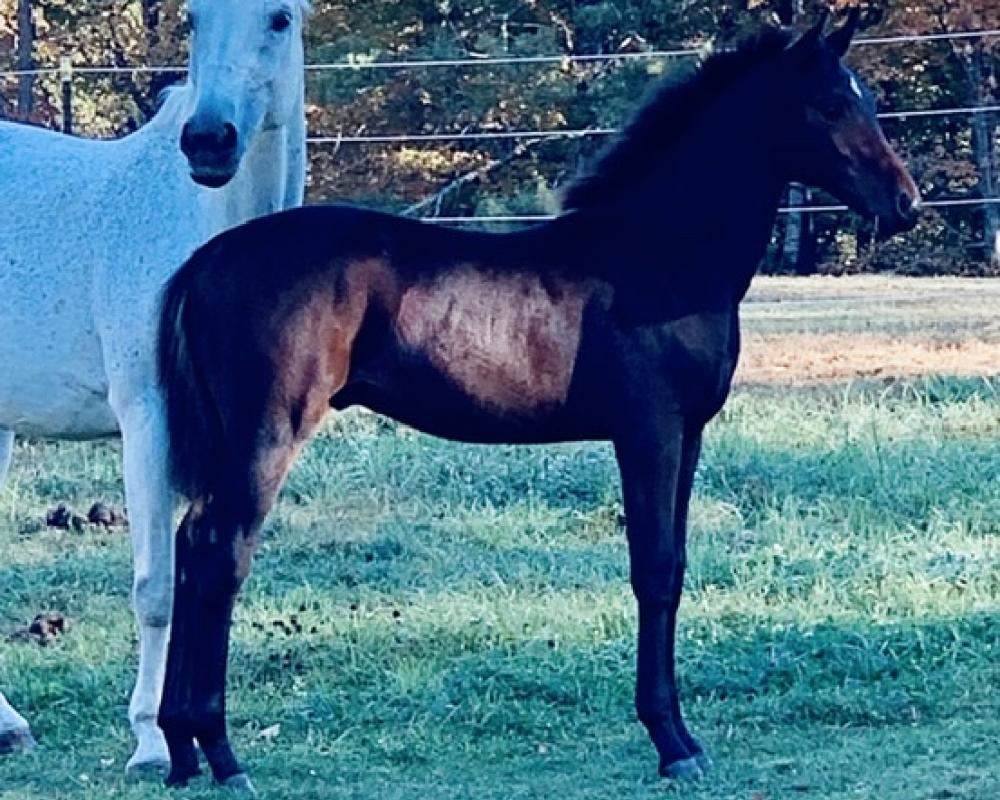 Very exciting dressage prospect that with his/hers pedigree will have an amazing hindend!

Dark Pleasure is a well-developed stallion who has a great dressage horse build. He was approved at the 2011 KWPN Stallion Licensing and passed the performance testing in the autumn that same year, scoring W.L. a total of 78 points. He got 7.5 for walk, trot and self carriage, 8 for canter, suppleness and dressage potential and 8.5 for rideability. He is an honest and reliable stallion, with a very good temperament. He has a great willingness to work. This stallion is light-footed in trot and canter with good scope. His walk is a clear rhythm with good ground cover. He has good elasticity in his movement. His pedigree includes many performance producers, with Jazz and Ferro providing the basis. He is said to be sweet and kind and loves his work. He has over 100 babies on the ground in Europe.

Precious Z, is an imported Zangersheide 16.1 hand mare (approved for GOV registry). She is by Poor Boy and her grandsire is the impressive Ramiro. Ramiro’s influence on warmblood breeding was of considerable importance. Precious Z has been a very versatile mare. She herself has competed in eventing, jumpers and in the dressage ring winning at every discipline she’s competed. She can jump 4’6 with ease, competed through prelim in eventing winning almost every competition. She had one of the US selectors for the US event team watch her go and his comments were that she had what it took to be an international horse. She won almost every dressage show she entered (her lowest placing ever was a 2nd place) with many high point awards. Her only limitations were her owners medical issues which is why she was bred. She has a lovely temperament with the most amazing work ethic. She produced a beautiful healthy colt this spring that wowed at his GOV inspection.

The pairing of these two athletes should produce a super athletic offspring with an amazing push from behind and an amazing temperament.