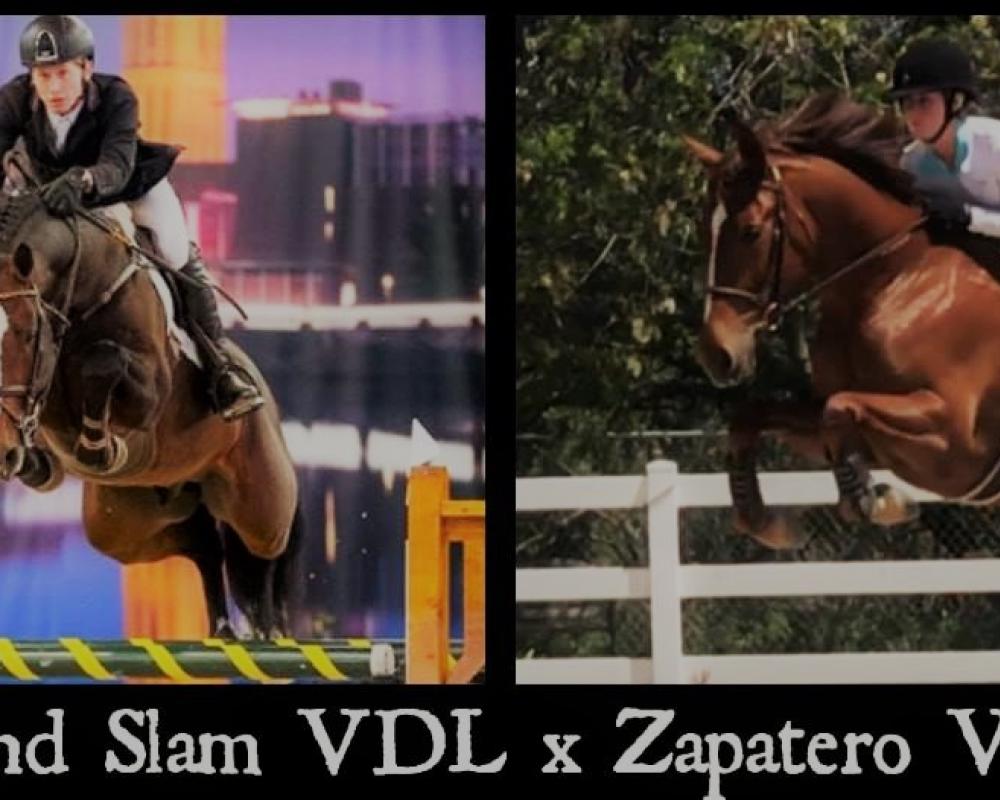 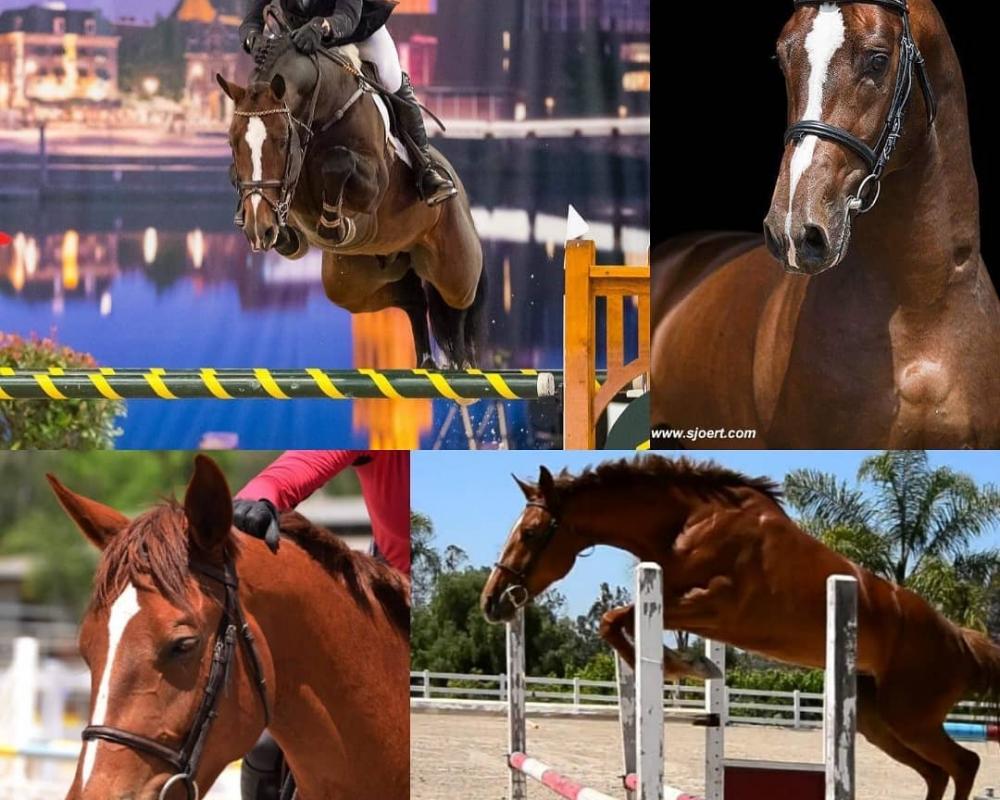 SALE PENDING! Grand Slam has a dream pedigree with top jumping stallions. Cardento father took part in World Championships, European Championships and Olympic Games and is ranked high in the world rankings for sires with progeny such as Nice Stephanie and Cafino. Grandfather Heartbreaker is also among the top sires and third stallion in the pedigree we see Mr. Blue, itself successfully at the highest level and sire of jumping horses like Simon and Zirocco Blue. The fourth and fifth in line, we see the "Stallion of the Century 'Nimmerdor and performance inheriting thoroughbred stallion Erdball xx. They are responsible for many sport horses such as Apollo, Just Malone, Gold Bridge, Heartbreaker, Maple etc.

Grand Slam is a complete stallion with a center of excellence that shows with his technique, reflexes and power. Grand Slam achieved the highest score ever achieved with a total of 90 points in a performance test and was the clear Champion. For jumping technique and reflexes Grand Slam was a 9½ and for jumping ability, rideability and attitude and talent as a jumper he got a 9 for canter and the attitude and balance he got an eight.

The first foals of Grand Slam look good. They are appealing foals with a good type and good movements. They gallop with a lot of balance, power and space. Daughter Kiverna was honored as Champion of the CK Zealand. On the CK Groningen there was a third place for Khan and a fourth place for Kalimba in the finals for the Championship for jumping foals.

Dam, Josefina KF, is by Zapatero out of an imported Indoctro/Nimmerdor mare that competed to 1.40.

Ridden by Jessica Kürten, Zapatero won the GP of the KWPN Stallion Show 2015 and the VHO Trophy in 2013. They had amazing results like 6th in the GP Ebreichsdorf, 7th in the Championat of Salzburg, 8th in the GP Oliva and 10th in the WC Zürich.

Then ridden by Robert Vos, Zapatero won the Medium Tour Final in Wierden, won a class at CSI De Wolden and they were 7th in the Championat von Kiel.

Zapatero’s offspring have attracted attention in the show ring. They exhibit reflexes, technique, attitude and scope. The first offspring are competing at Grand Prix level.

Datero placed 6th in the Grand Prix Knokke, Dyango VDL was 5th in the GP Treffen and 6th in the GP Vestfold. Ziro Percent was 4th in the GP Ising am Chiemsee and Don Juan H won the Nations Cup of Ciekocinko. Fascinating Fortuna won classes for 7 years olds in Valkenswaard and Opglabbeek. DHI Zulu won a 7 years old class at Zuidwolde.

Zapatero’s son, Flying Dream, is a KWPN approved stallion and was Champion of the KWPN 70-Day Stallion Test.