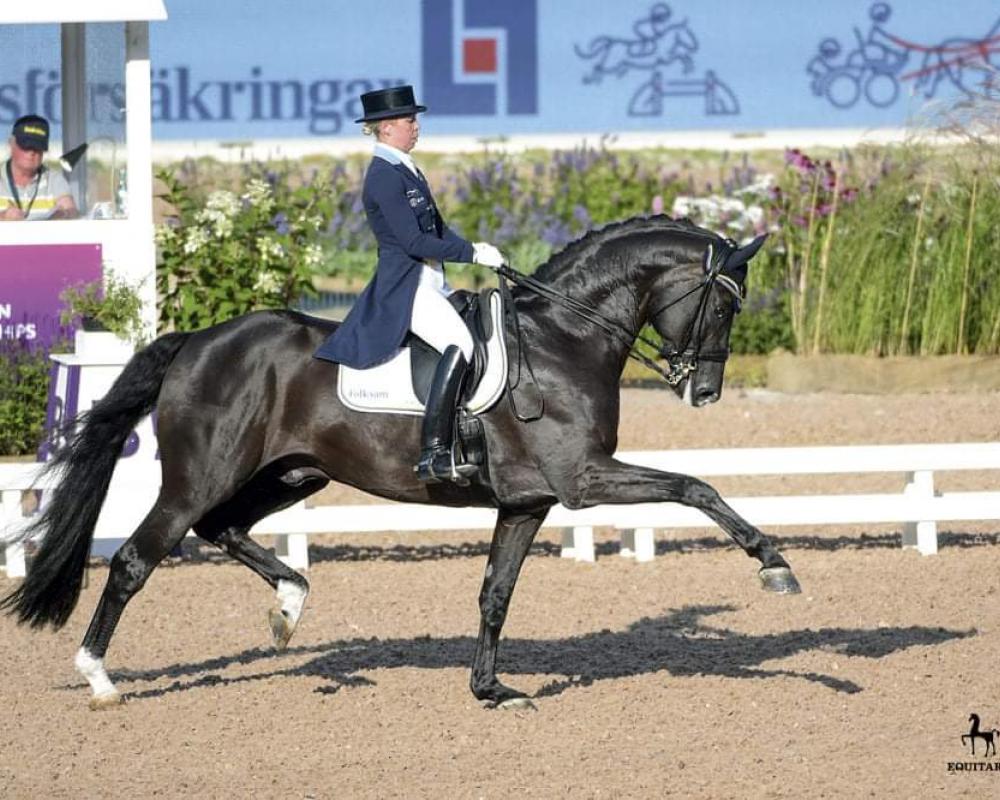 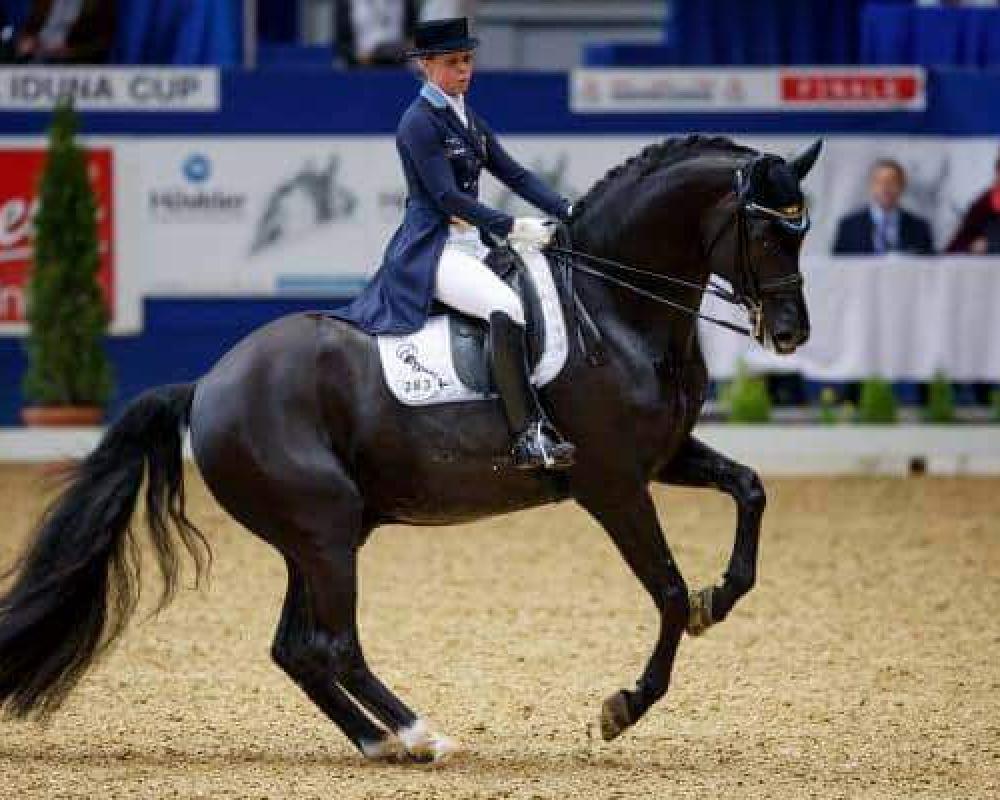 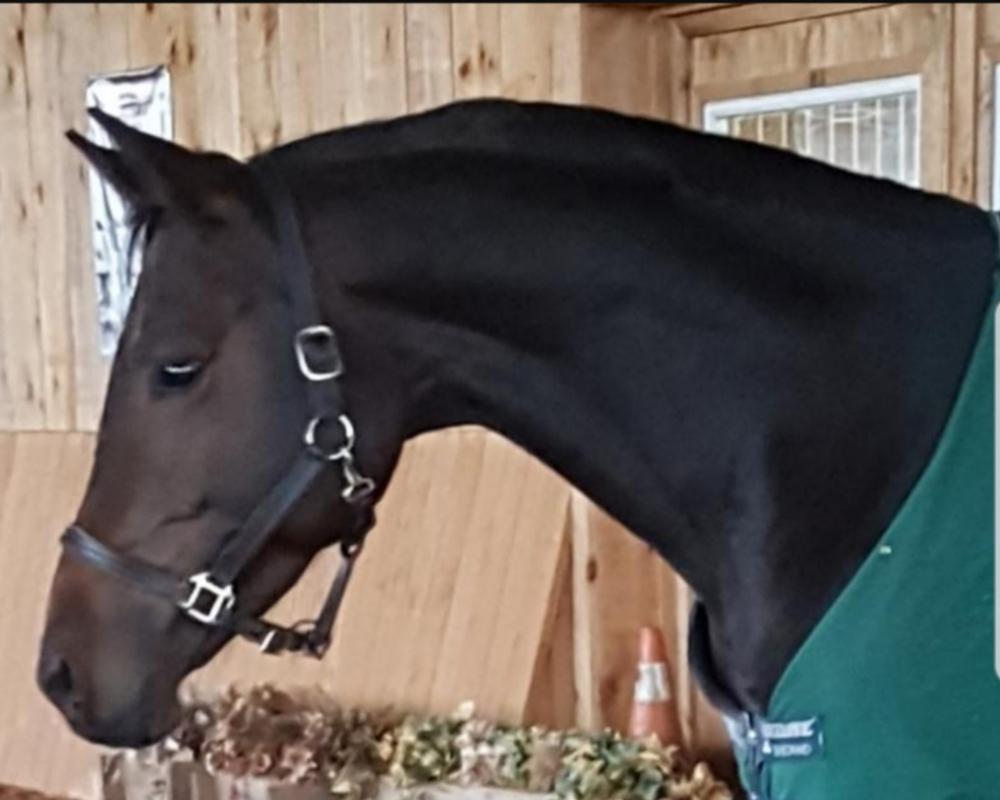 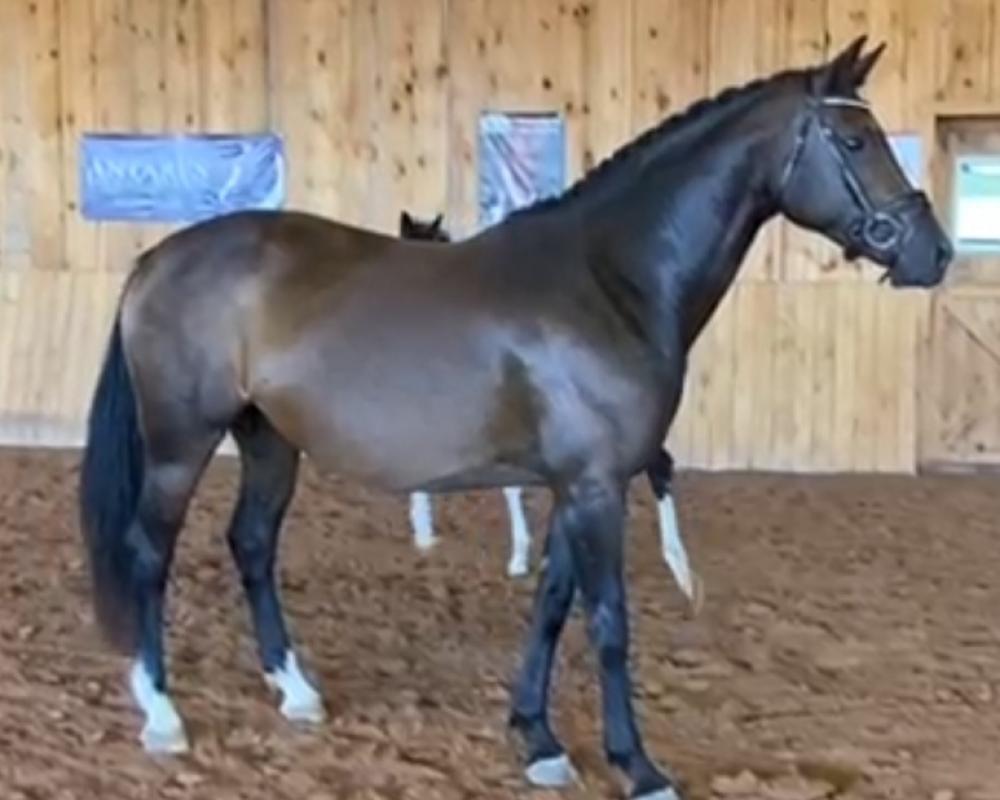 All of the characteristics that distinguish a top sire have been united in Dante Weltino. This fabulous mover, the 1st Reserve Champion of the 2009 Oldenburg licensing in Vechta, fulfilled his performance requirements in 2012 by winning the qualifier for the Bundeschampionate in the class for five-year old dressage horses with an outstanding score of 8.3. He then repeated this feat in 2013 by winning the Bremen qualifier for the six-year old dressage horses, but with an even better score of 8.6

Harvard (Hohenstein x Cardinal) is a proven sire of excellence. Standing 16.3hh he is dark brown-black, with four white socks and a connecting star and stripe. His legacy is quickly establishing itself in Europe and North America. Harvard has produced multiple Licensed sons, numerous State Premium Mares, Elite Auction Foals, a Bundeschampion, a finalist at the World Championships for Young Dressage Horses, successful International Advanced Dressage competitors including a Grand Prix Dressage horse, in 2008 he dam-sired the Champion Filly of Germany, and has sired Foals of Distinction, Champion Hanoverian Foals and large amounts of Premium Foals. A strong transmitter of type, Harvard’s are stamped with his elegant head and convey his kind, sensible disposition. Harvard modern in type, is the sire of talented dressage and hunter progeny. One of his greatest hallmarks is the wonderful temperament that he passes onto his offspring. At three years of age he successfully completed his 100 Day Stallion Performance Test at Neustadt-Dosse, Germany, scoring a perfect 10 for Temperament and straight 9's for Character, Willingness and Ability to Work, Constitution and Rideability. He scored straight 8's for his Walk, Trot and Canter and currently holds a Hanoverian breeding index of 136 with indexes of; Walk 128, Trot 133, Canter 131, Type 142, Head 150, Neck 149, and Limbs 125.