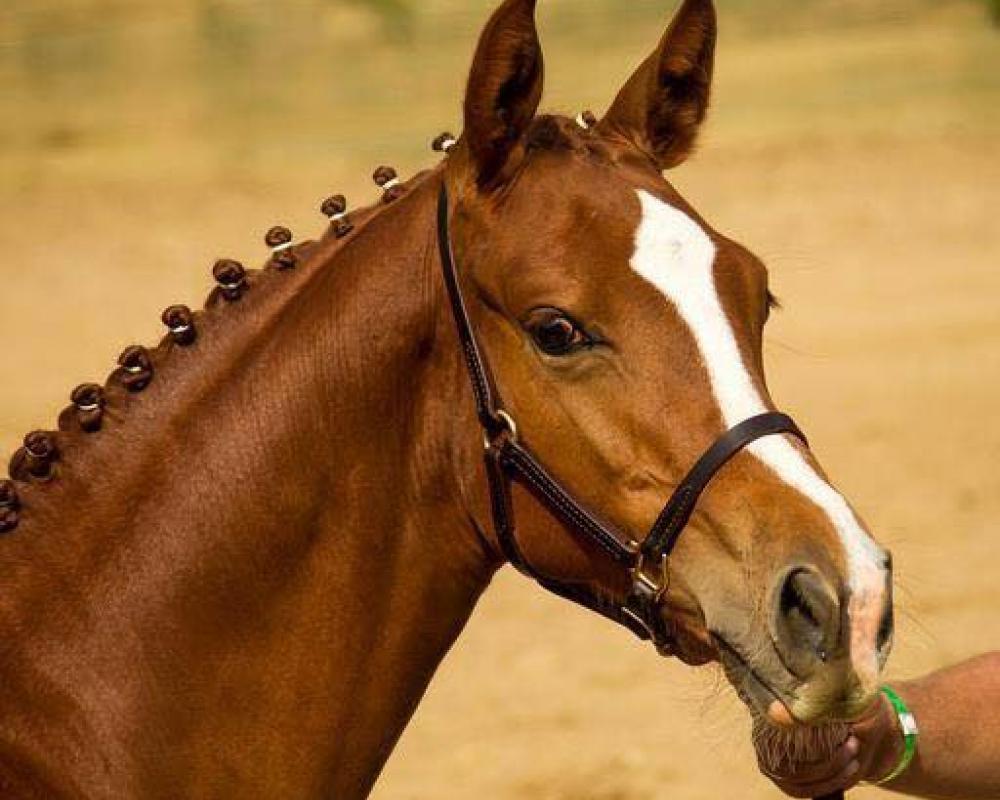 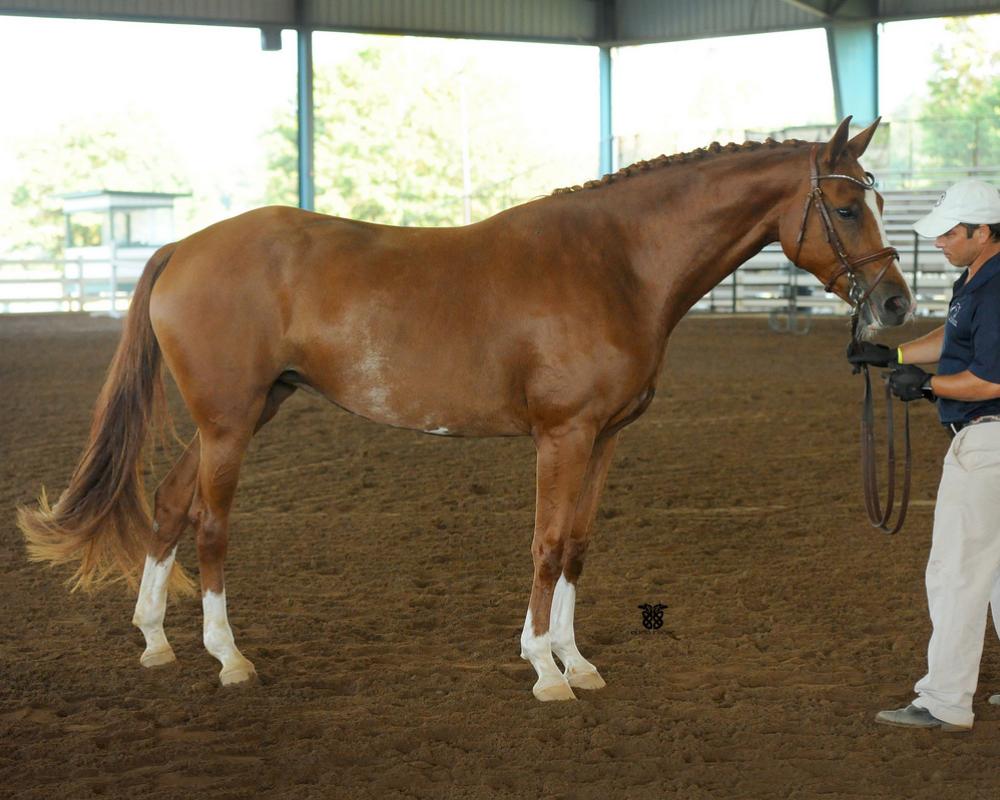 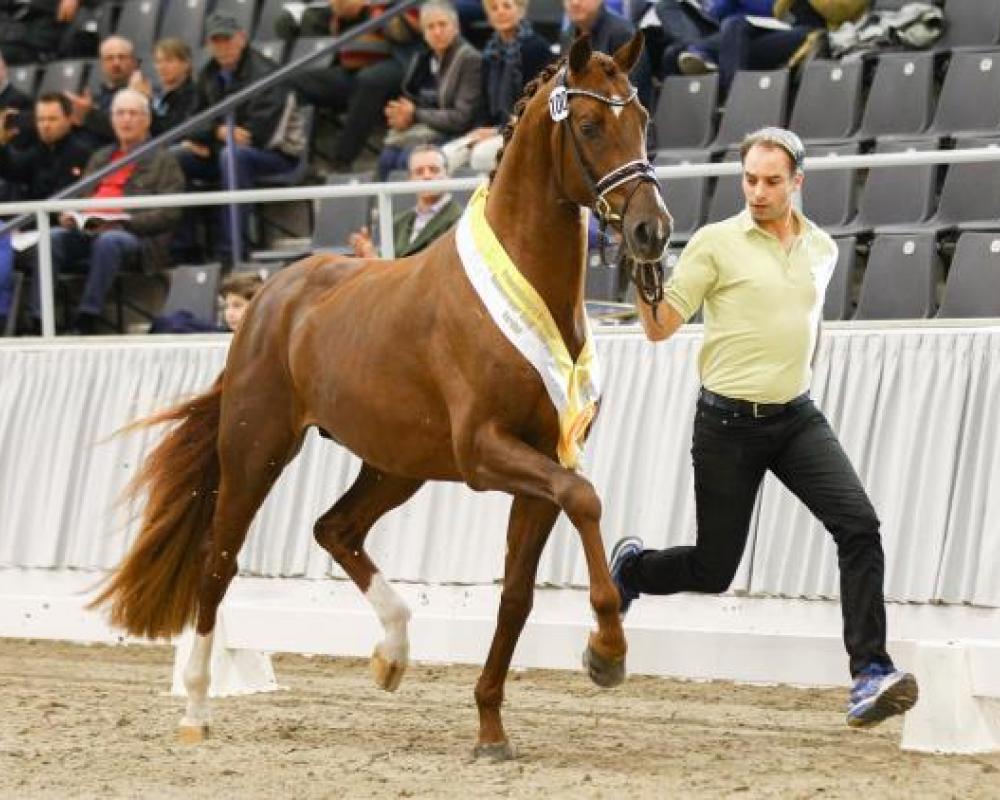 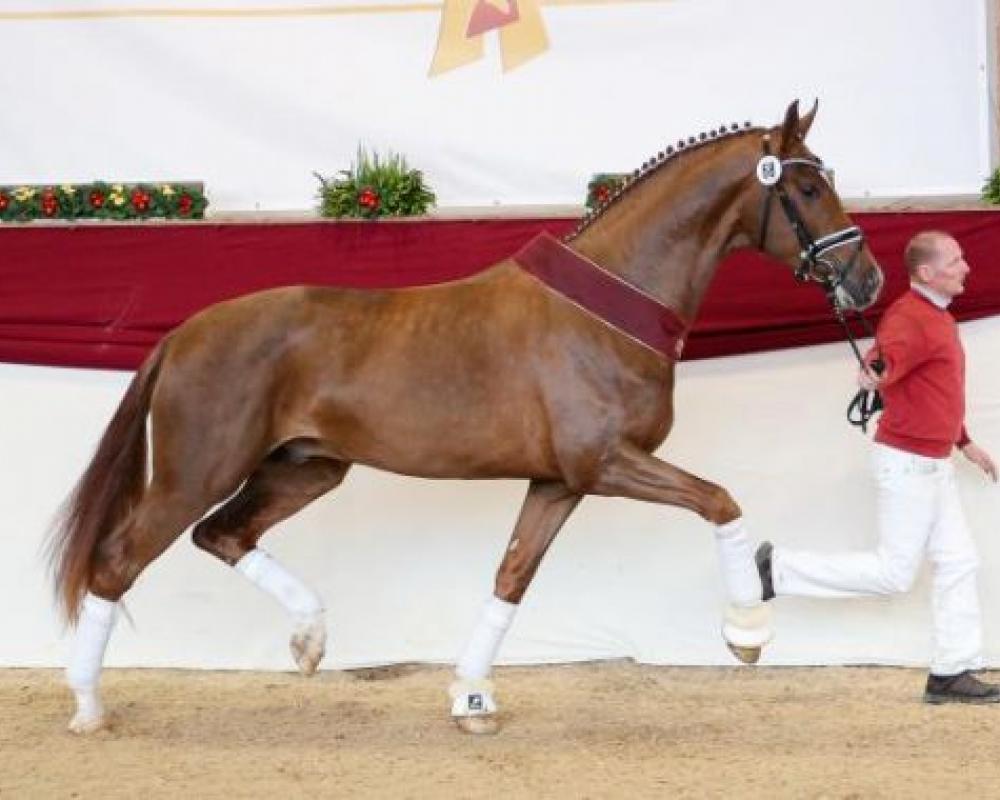 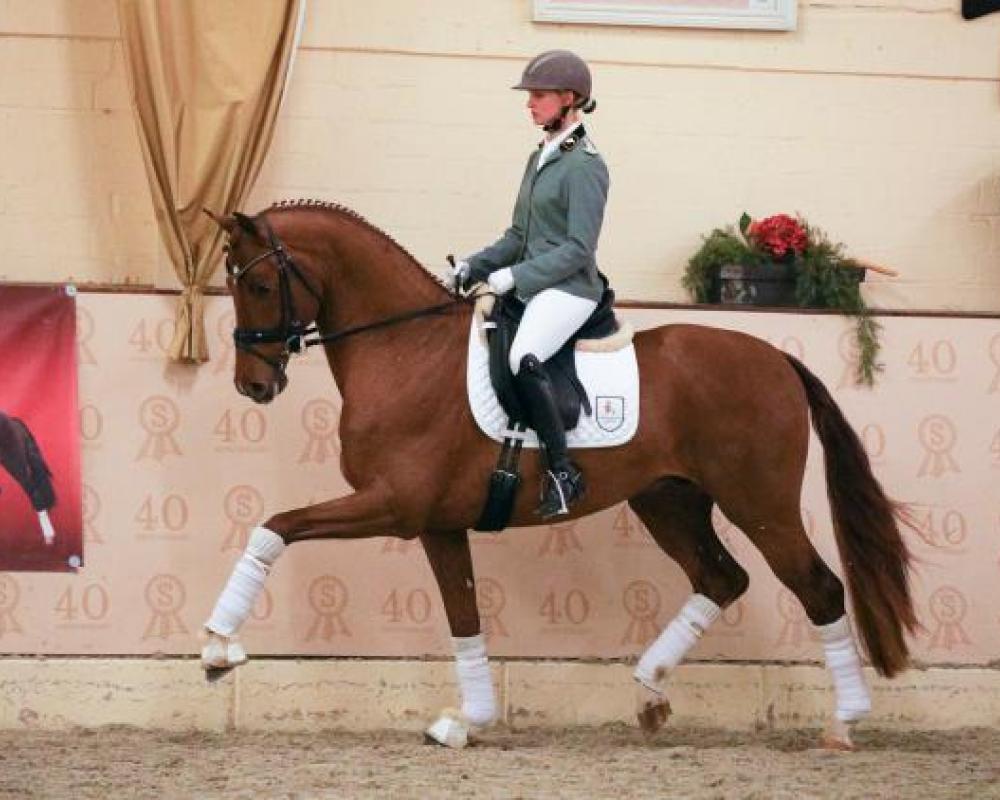 EM Brianka SGF was named top filly at her AHS foal inspection, Champion Mare at her Mare Performance test and Champion Hanoverian Mare at her inspection. She was the winner of the Benchmark Perpetual Trophy and the Engler-Friedlaender Memorial Trophy and now an Elite Hanoverian mare. Brianka SGF is the perfect balance of Dressage and Jumper blood.
Her sire, Baroncelli won the Hanoverian licensing in December 2000 in Verden and superior winner of his stallion performance test in Munster 2001. In 2002 Baroncelli was awarded “Best Stallion of the Year” by the Hanoverian Association. In the Bundeschampionat he won the first qualification with a 9.1. and brought home the title Reserve Champion. He participated at the World Championships for young dressage horses in 2004 and won the first qualification and placed 4th in the finale. At the age of 7 he won his first dressage on advanced level. At 8 and 9 years old he had numerous victories and places for himself in Germany’s top competitions. In 2008 he was placed many times in Grand Prix classes and Grand Prix Special. Baroncelli finished his show career as Susanne Hasslers GP mount in the US.
Brianka SGF also comes from an outstanding dam line. Anaconda G is an Elite and Jumper Breeding Program Mare with the AHS and is proven in both sport and breeding. At four years old in Germany, she produced a filly by Now or Never that sold as a foal at the Elite Auction in Verden. She was then imported and evented for six years, winning her first starts at Beginner Novice, Novice and Training with her Amateur owner. After retiring from sport, Anaconda G produced five elegant foals, all top foal or top jumping foal at their AHS inspections. Brianka has three half-sisters by Diarado, Delacour SGF a Premium mare candidate and the Dr. Walter Hartwig Prize recipient, Diana SGF and Divination SGF both Premium Eligible mares.
With a method that is proven to increase the rates of conception, Brianka was bred with a cocktail of two different young Celle stallions. The first Von und Zu, a premium stallion at his 2019 Hanoverian licensing and winner of his Stallion Performance Test in Schlieckau with an overall 9.12. Trot 9.5, Canter 9, Walk 8.5. Test Rider gave a 10! His pedigree, Vitalis x Floriscount / Santino makes this promising modern chestnut one to watch for the future in sport and the breeding shed. In Germany 2021 Von und Zu was in such demand, Celle had to limit his number of breedings.
The second was Shu Fu, a modern stallion with three exceptional basic gaits and a sought-after pedigree containing top dressage genes, Sezuan x Fuerst Heinrich / Weltmeyer. In his 50-day test in Schlieckau, Shu Fu was the high score with a total of 8.84 points, receiving 8 for walk and trot, 10 for canter, 9 for rideability, and 9.5 from the test rider. For his free jumping he received 8.5 added proof of his athleticism. Shu Fu was the 2021 Weltmeyer Prize recipient which is awarded to the best young stallions at their performance test. Another up and coming chestnut stallion with a bright future!
We look forward to Brianka’s foal from either of these handsome young stallions! It is sure to be an outstanding dressage prospect and guaranteed to be chestnut! 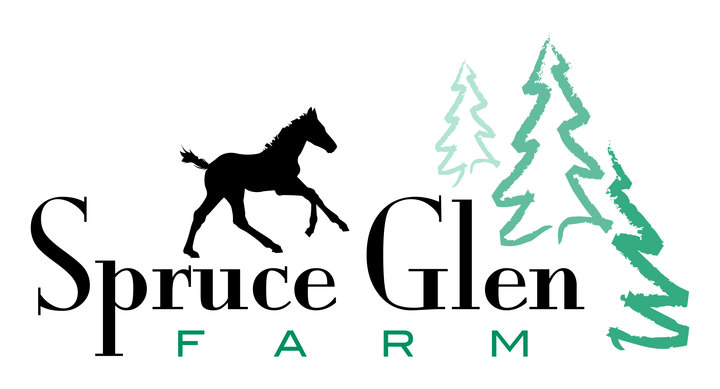