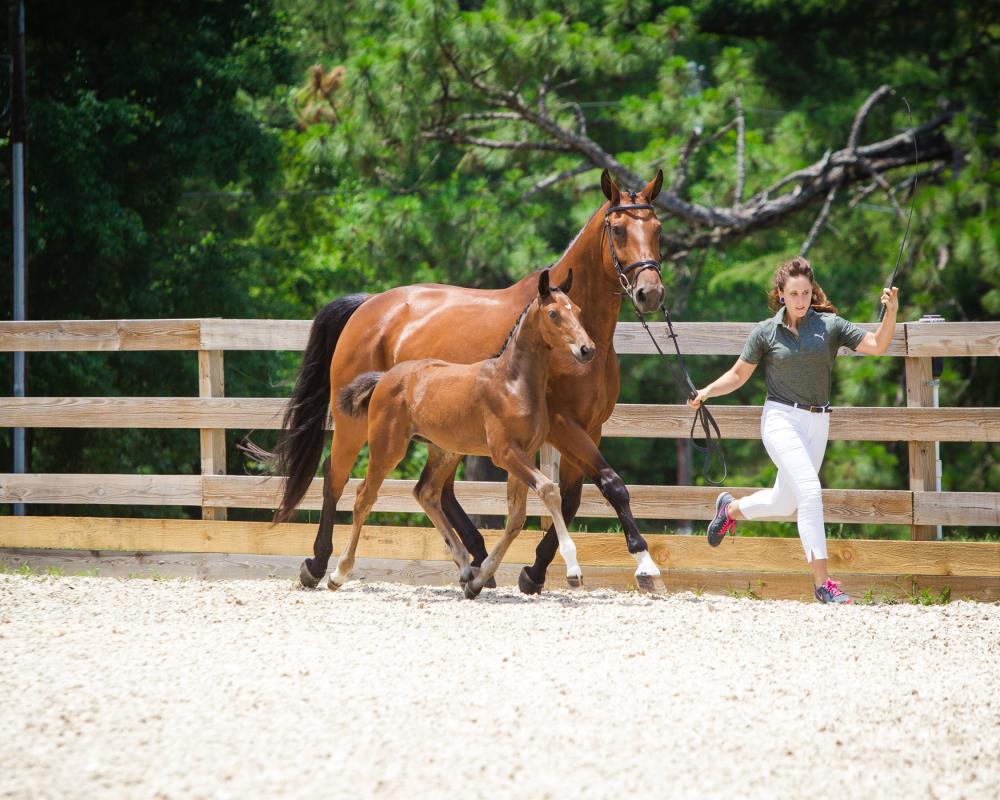 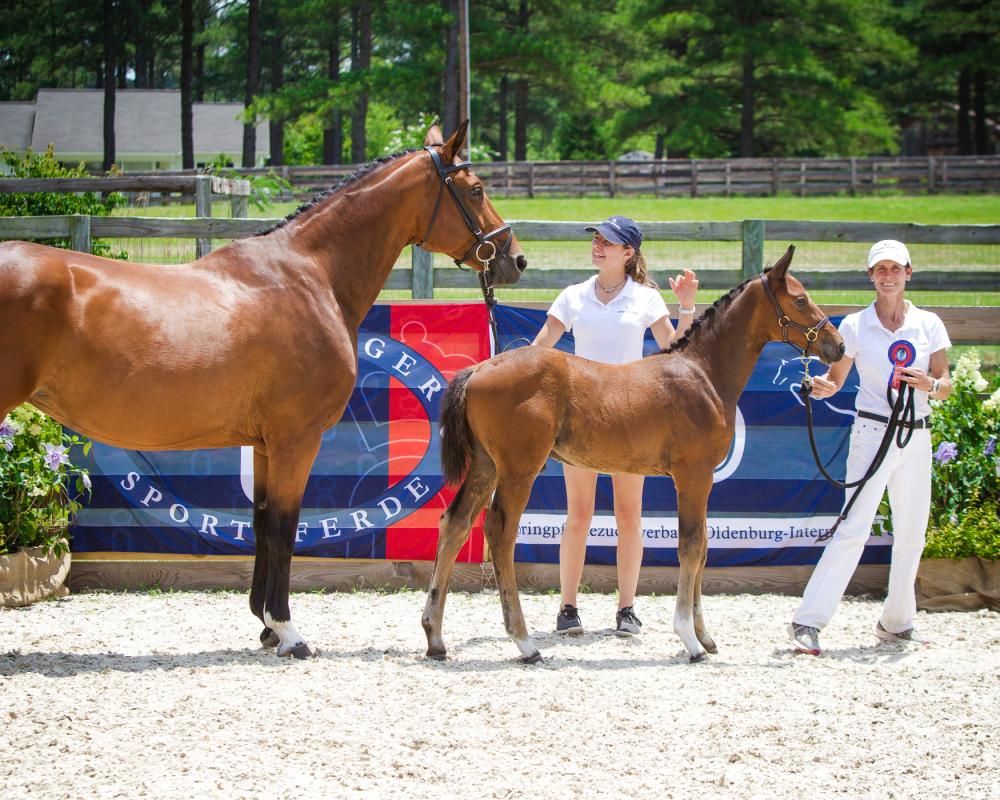 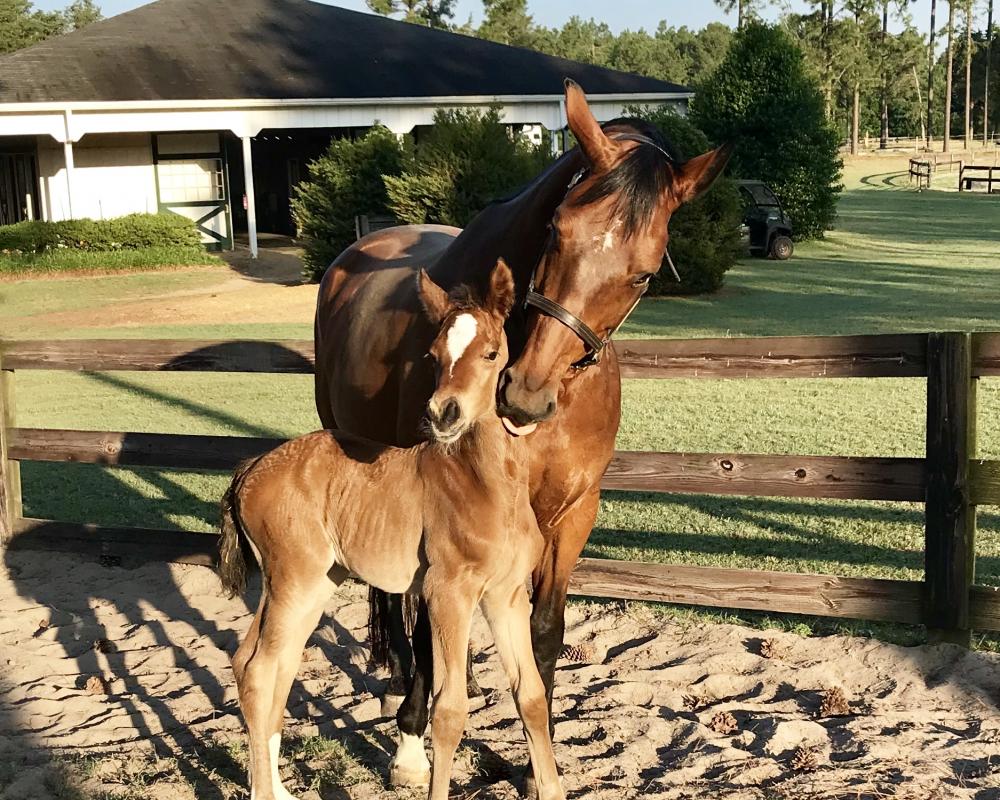 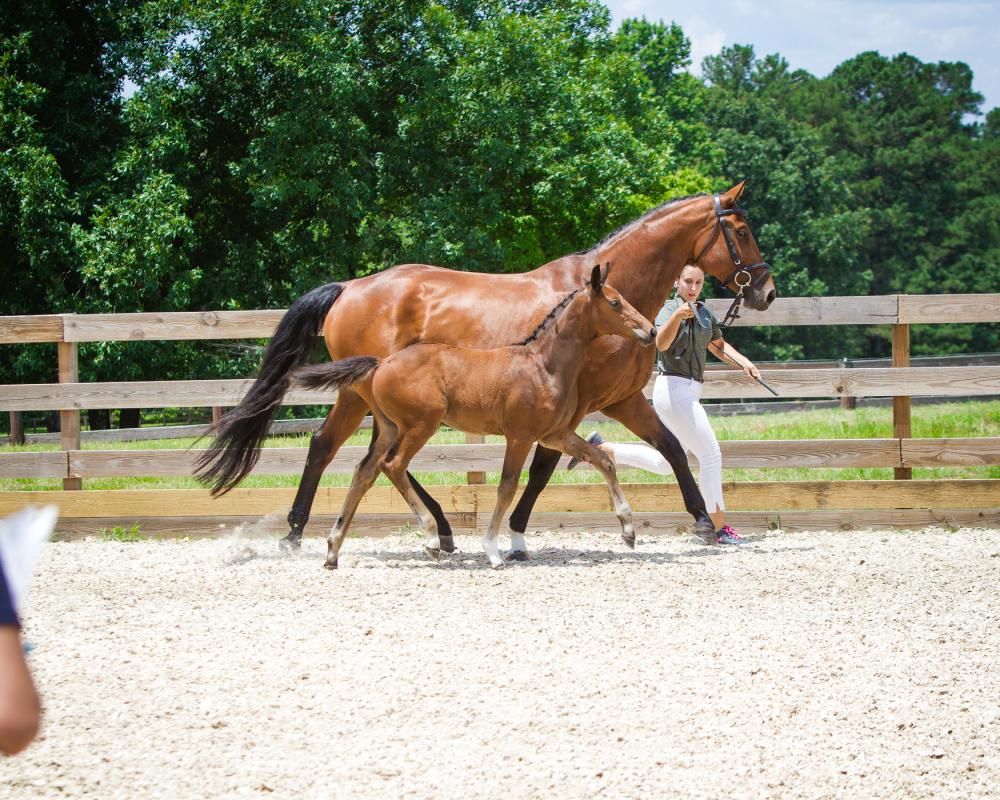 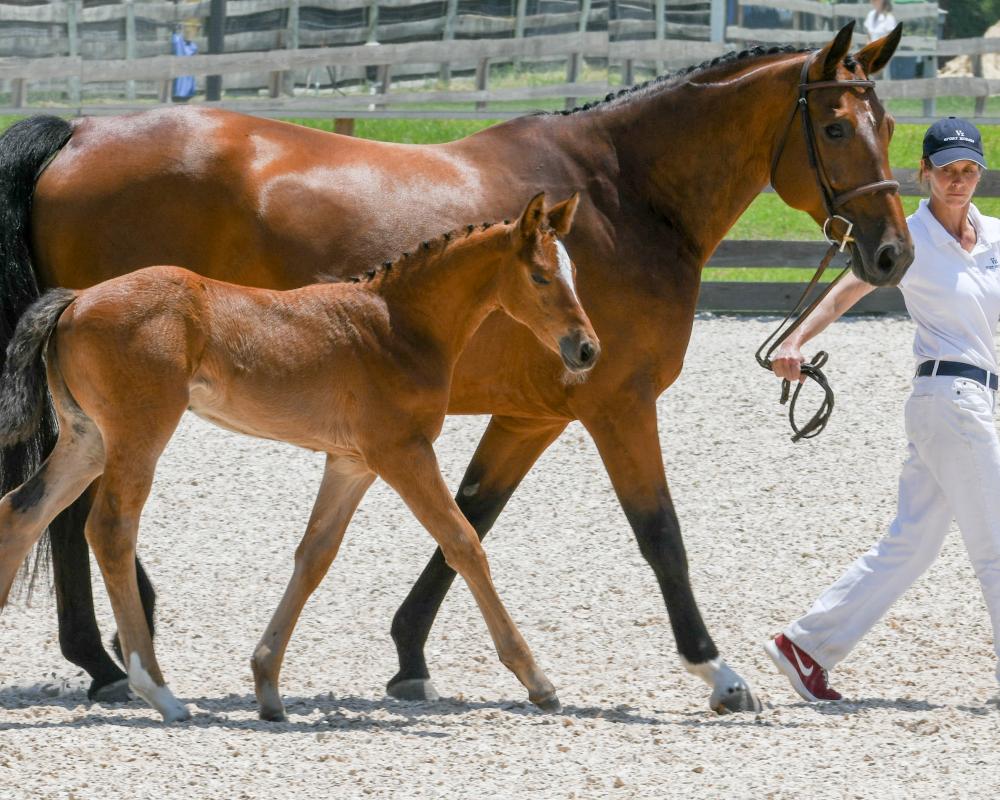 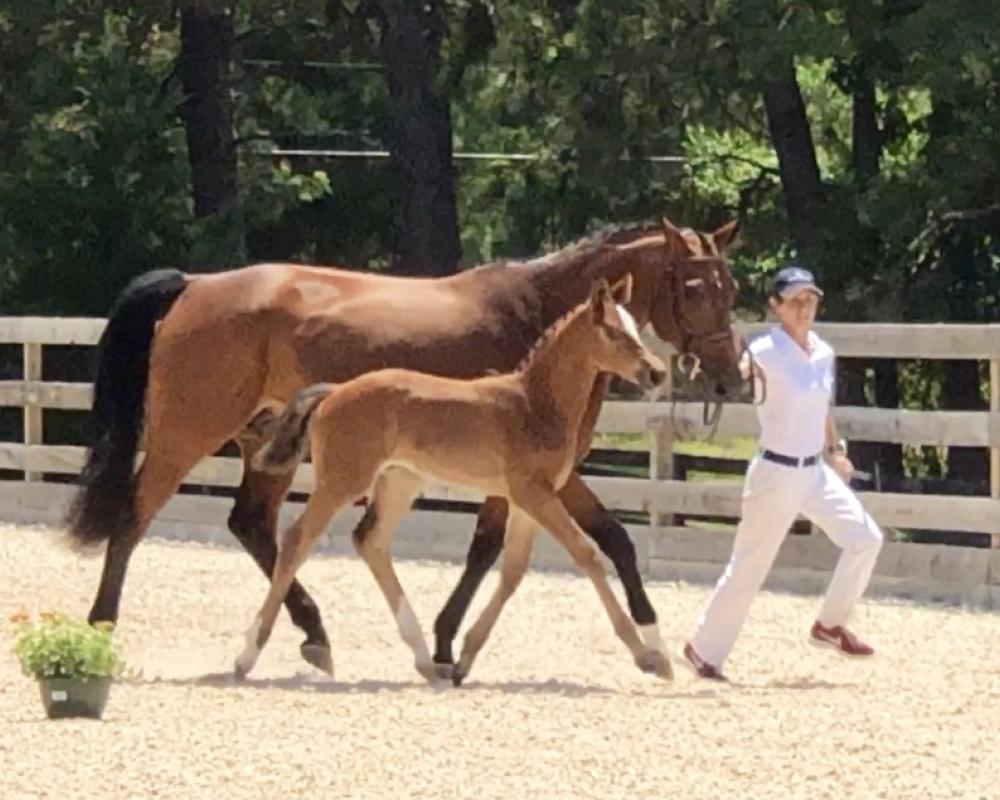 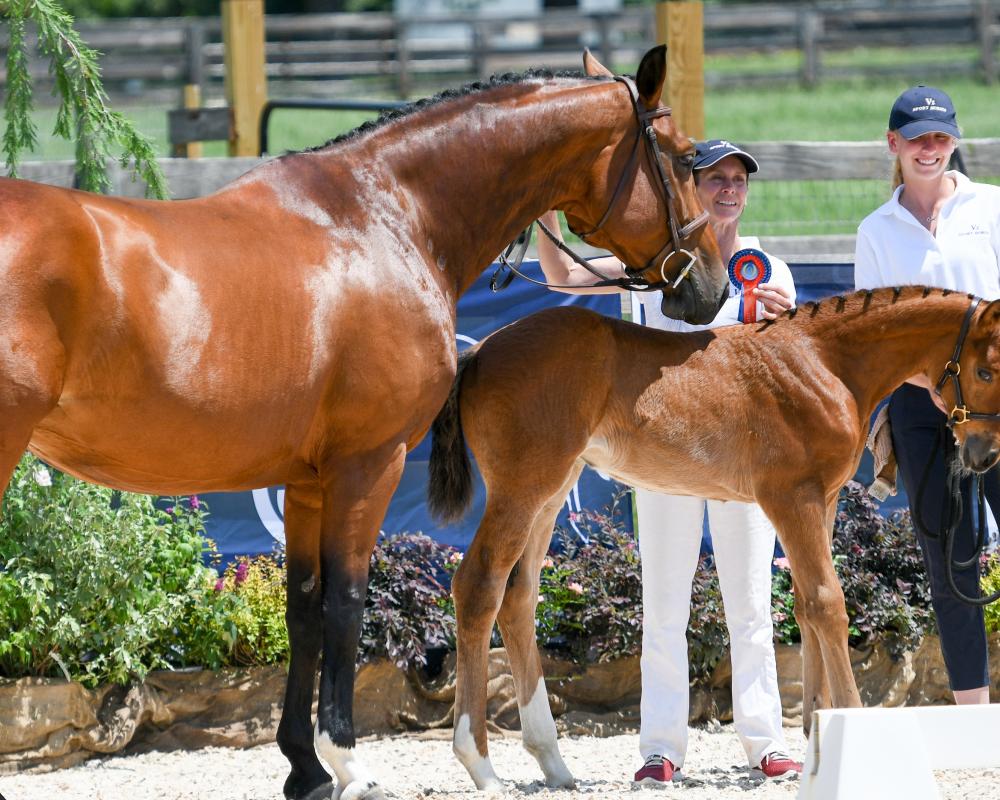 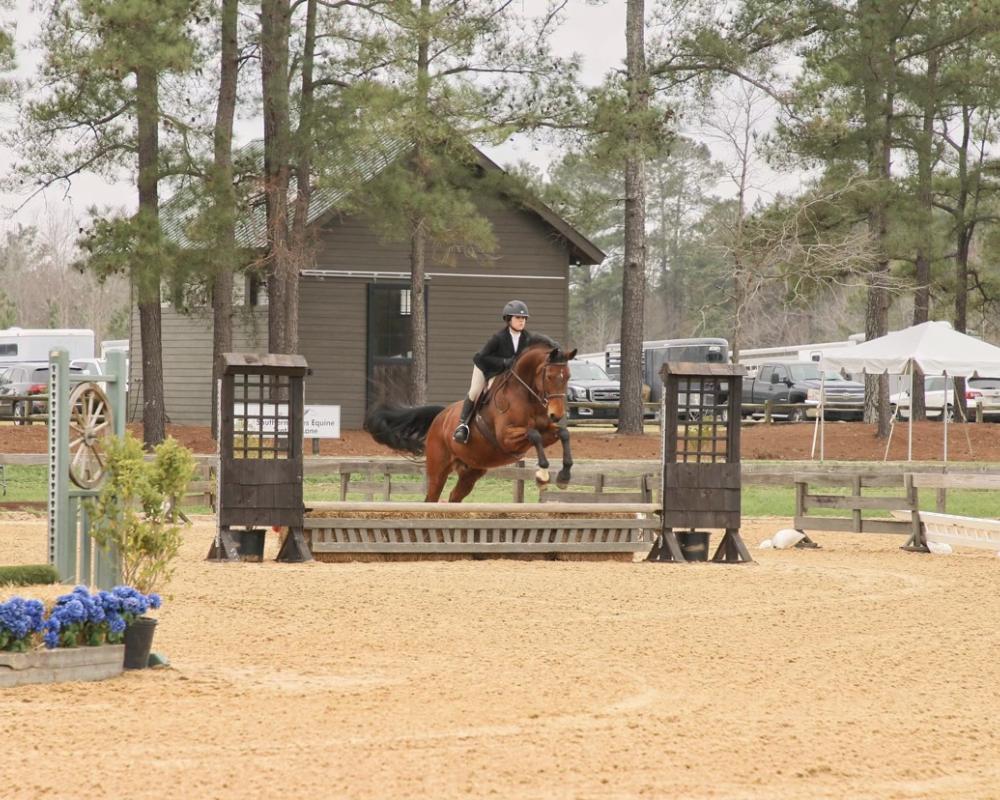 Alexi is registered with Oldenburg NA and is in the Main Mare book with the GOV.

Alexi has had 3 foals. Her first foal Baxter VZ in 2018 was a premium GOV colt by Balou du Rouet, Baxter was purchased by a top hunter trainer and is starting his career in the hunters. In 2019 Alexi had a premium GOV filly by Banderas, sadly Bella VZ suffered a pasture accident as a yearling. We are happy she has joined the broodmare band and is now in foal to PF Christer. The 3rd foal Alexi had in 2020 was a GOV filly by Diamo Blue, (with COVID inspections were canceled). Delta Blue VZ is another lovely young horse that was sold to a hunter rider who is enjoying starting this talented young mare. In 2021 Alexi VZ was leased to a young rider whose horse was injured for the season. Alexi returned to being pregnant this spring (April 24) and is expecting a foal by Casquino in March of 2023.

Apiro was reserve Champion of his 30 day test in 2004 with a 8.51 overall, 8.86 for jumping, and 7.99 for dressage.  He completed his sport requirements in Germany by qualifying for the 2005 Bundeschampionat in show jumping.  Apiro successfully competed in the working hunter ring as well as in the jumpers.  He  is known for producing quiet minded and  athletic offspring.

Apiro's sire is the legendary Argentinus-- known for passing on his willing temperament to his offspring.  Argentinus was a successful advanced level show jumper, sire of 28 approved sons, 48 State Premium mares, and became Germany's youngest millionaire based on money won by his progeny.  For an amazing seven years Argentinus lead the FN statistics of his age group for the prize money earned by his progeny with offspring competing at international levels in both dressage and jumping.

Alexi's dam sire is Winchester.  Winchester was a Grand Prix jumper who was most notably ridden by Canadian Ian Miller.