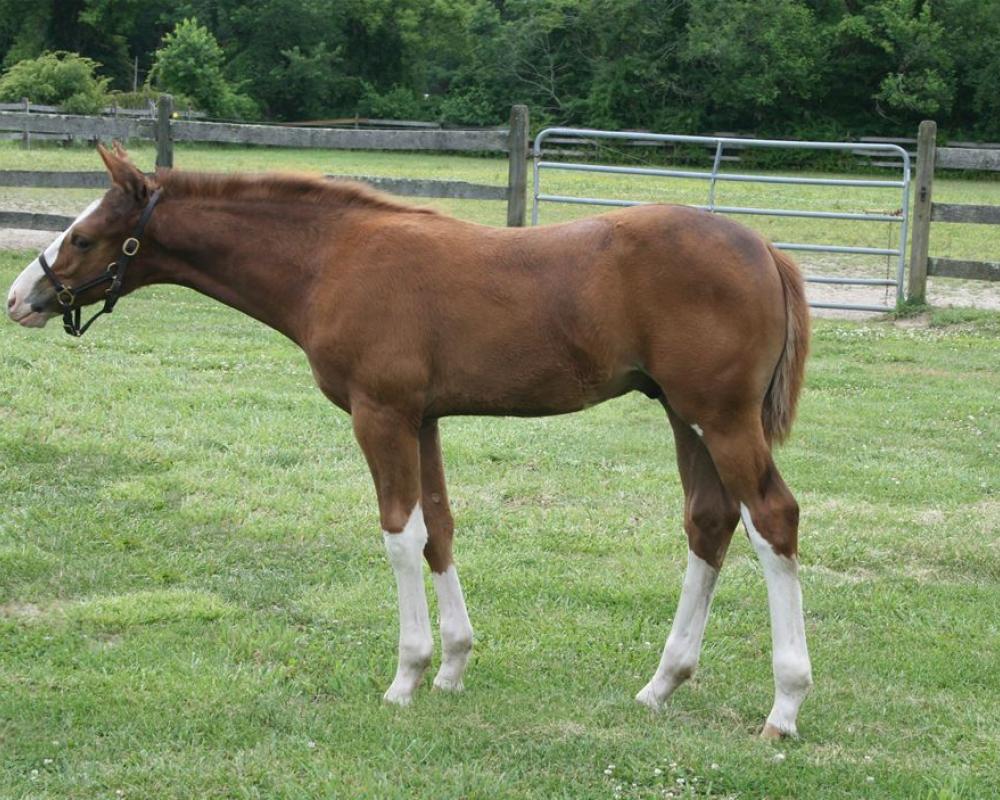 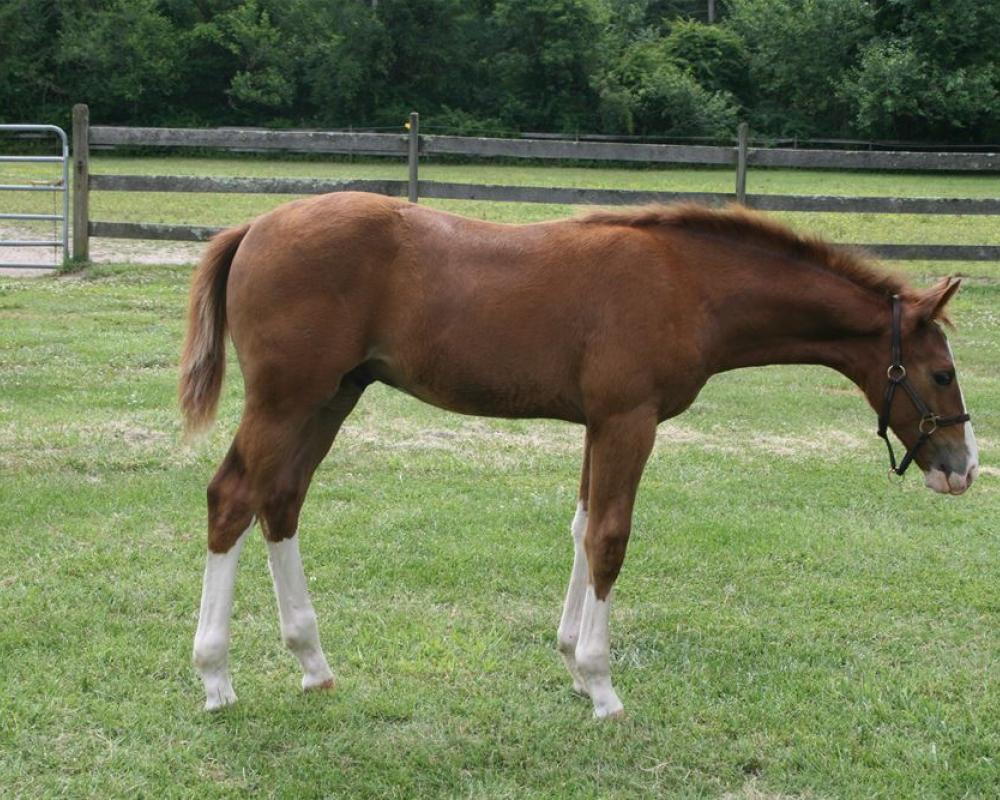 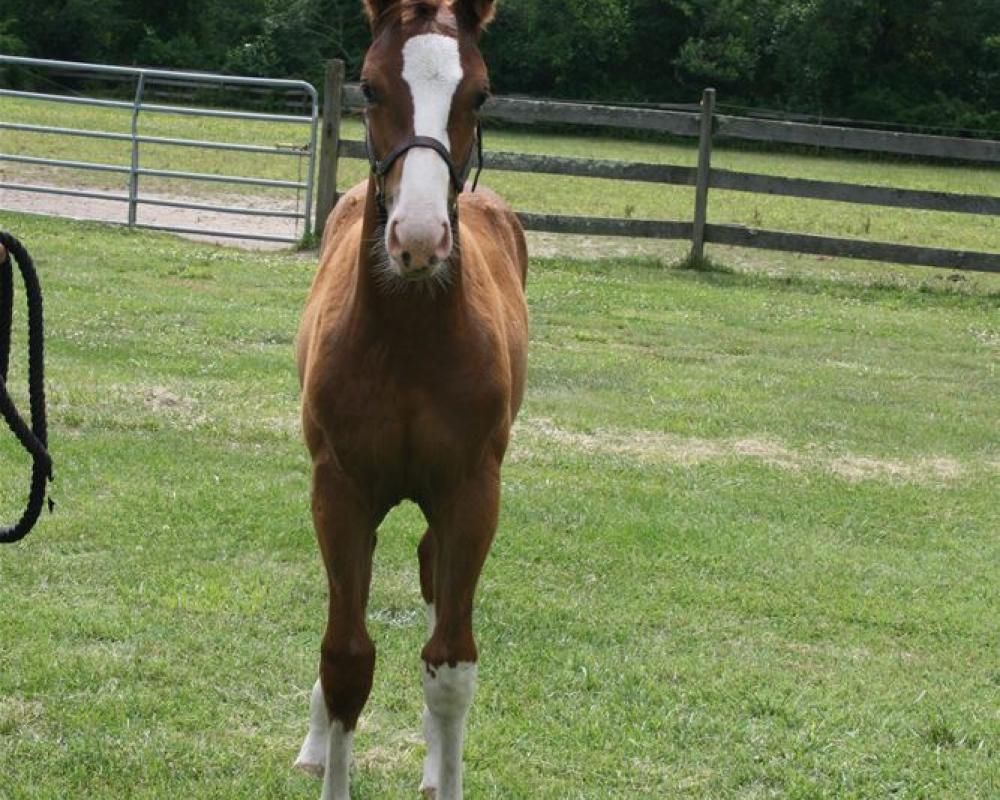 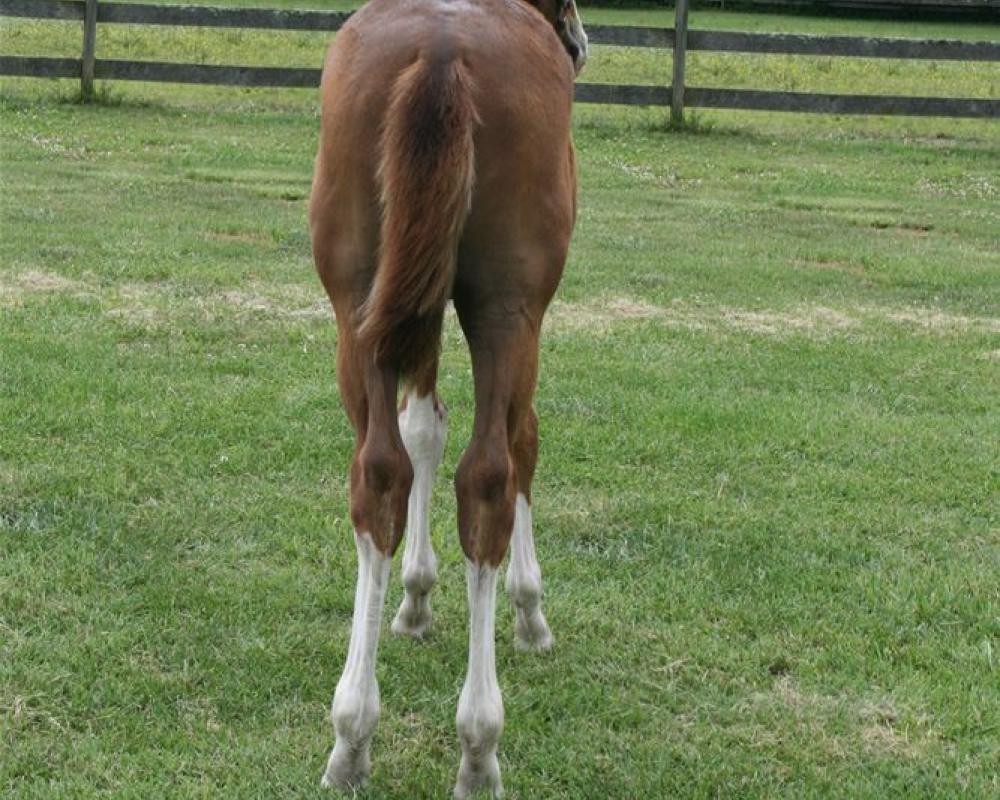 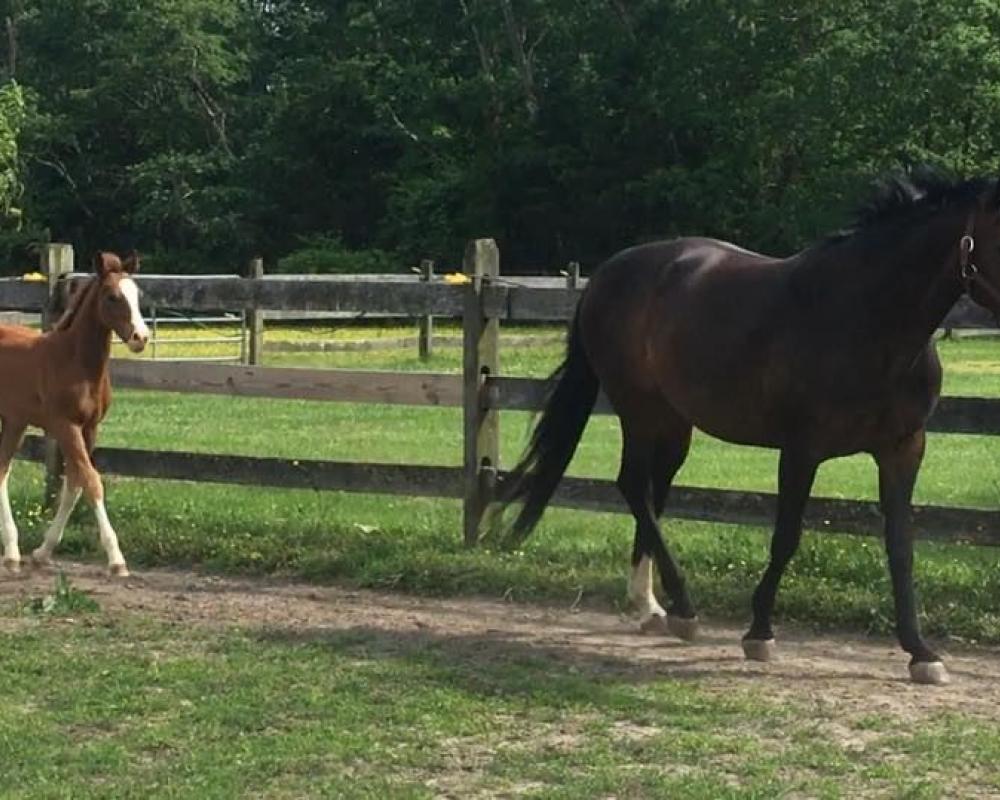 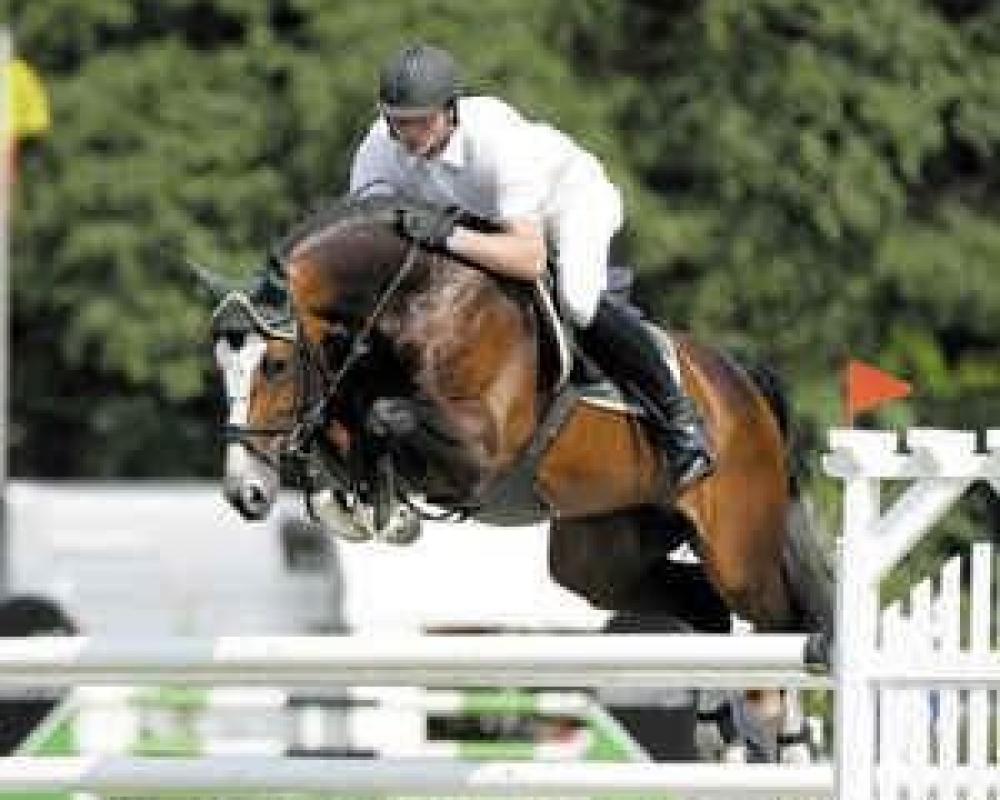 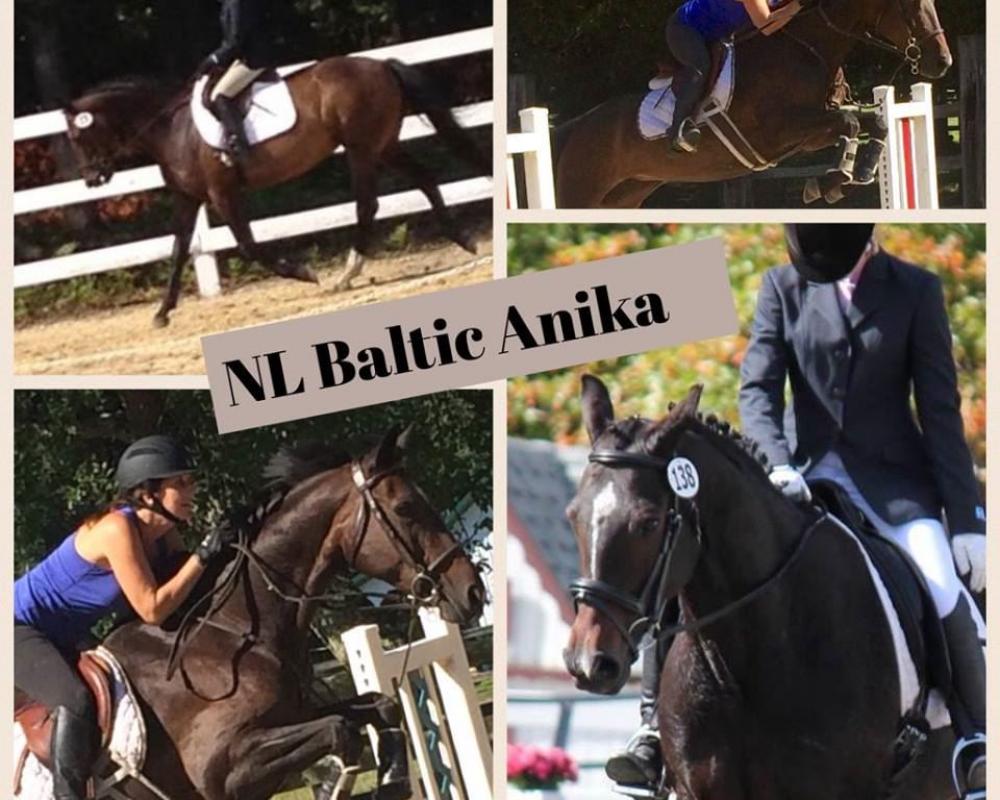 Amore, aka Morey, has a wonderful laid back disposition that Amazing offspring are known for. He is as flashy as they come and is shedding his foal coat to be a beautiful liver chestnut. Morey is built strong and correct and would be a winning investment for anyone pursuing conformation hunters or the hunter breeding venue. His big step and floating flat kneed movement that will surely win the hacks at the big shows. He breeding is also indicative he could excel in the jumper ring. He is bold and curious, this colt is special indeed!

Amore's sire Amazing is by the sensational Balou du Rouet and out of the Voltaire mare Udine.Not only is Amazing's pedigree packed with some of the most famous names in European showjumping, but he was blessed with a wonderful temperament. He has passed on his kind and willing nature to Amore.
Amazing sired the USEF top Hunter breeding yearling for 2015, Tainted Love. In addition he was 5th highest hunter breeding stallion of that year. His offspring have had excellent placings at some of the top Hunter Breeding venues such as Devon and the Sallie B. Wheeler Championships.

Amore's is the first foal out of his dam Baltic Anika. Anika has pass on her incredible hack winning movement to her son Amore. She is a local legend competing in dressage and the local hunter circuits. Amore has definitely inherited her perfect disposition and big movement.

He is eligible KWPN, OLD NA/ISR, & RPSI registries. He will be inspected and branded Oldenburg in August unless buyer prefers otherwise.

Terms
**Offered for sale with lifetime USEF registry and board until weaning; We accept PayPal, Master Card, Visa and Cash. Payment terms are available in some cases. Additional consideration given to show home