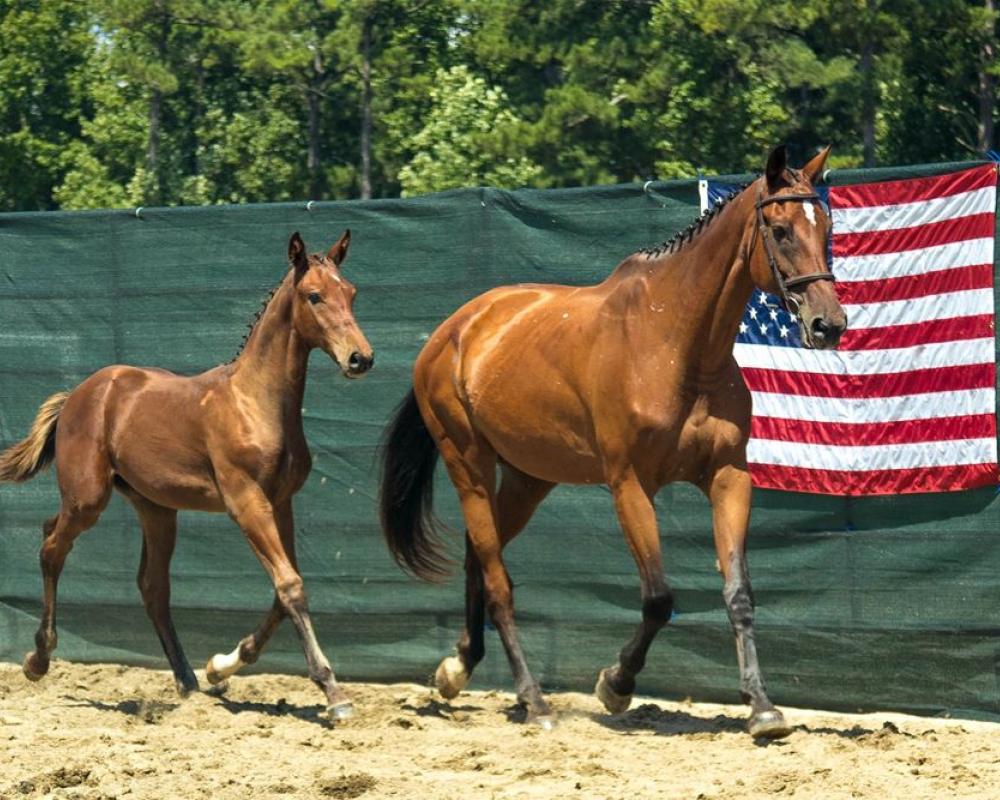 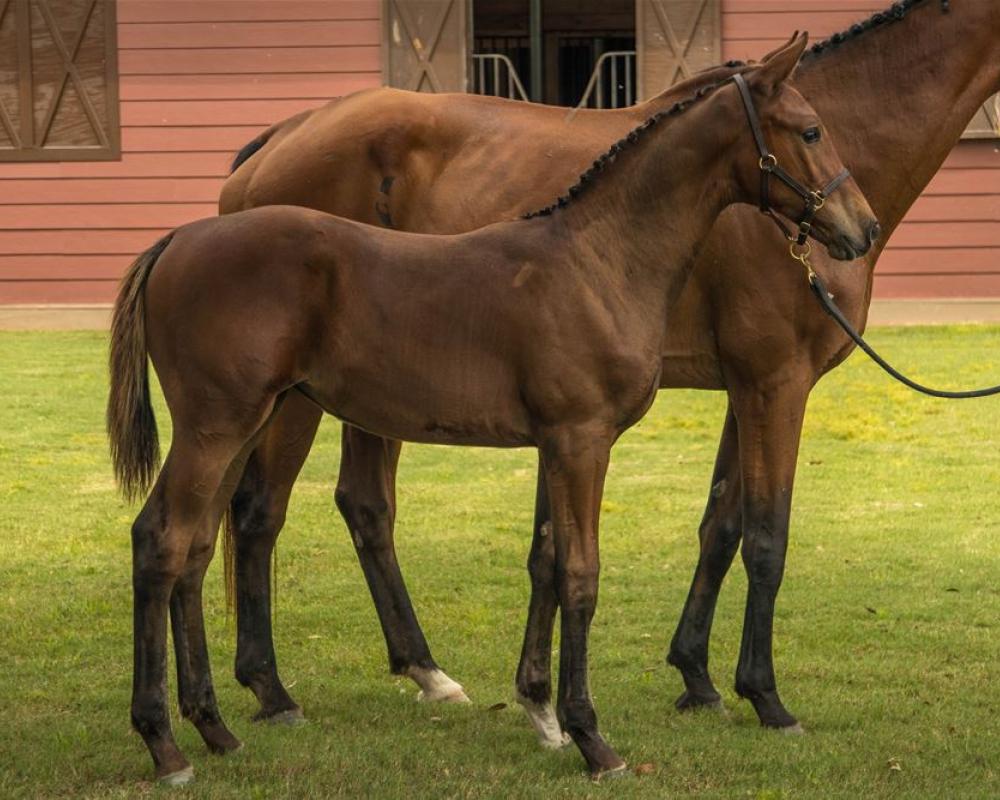 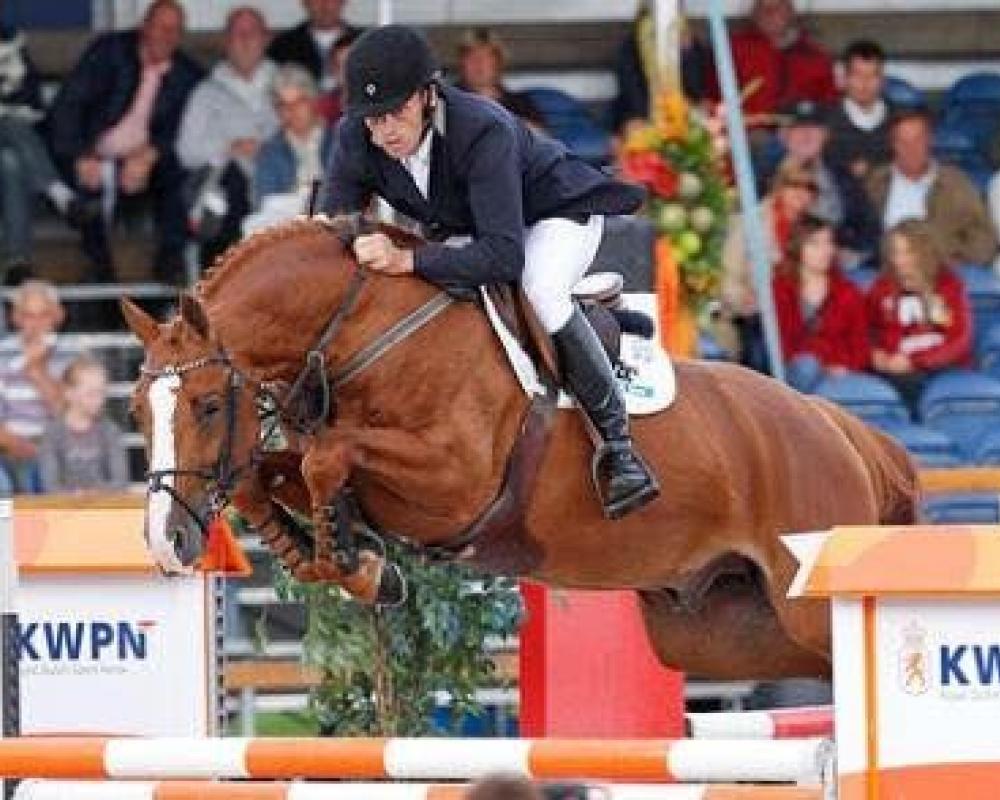 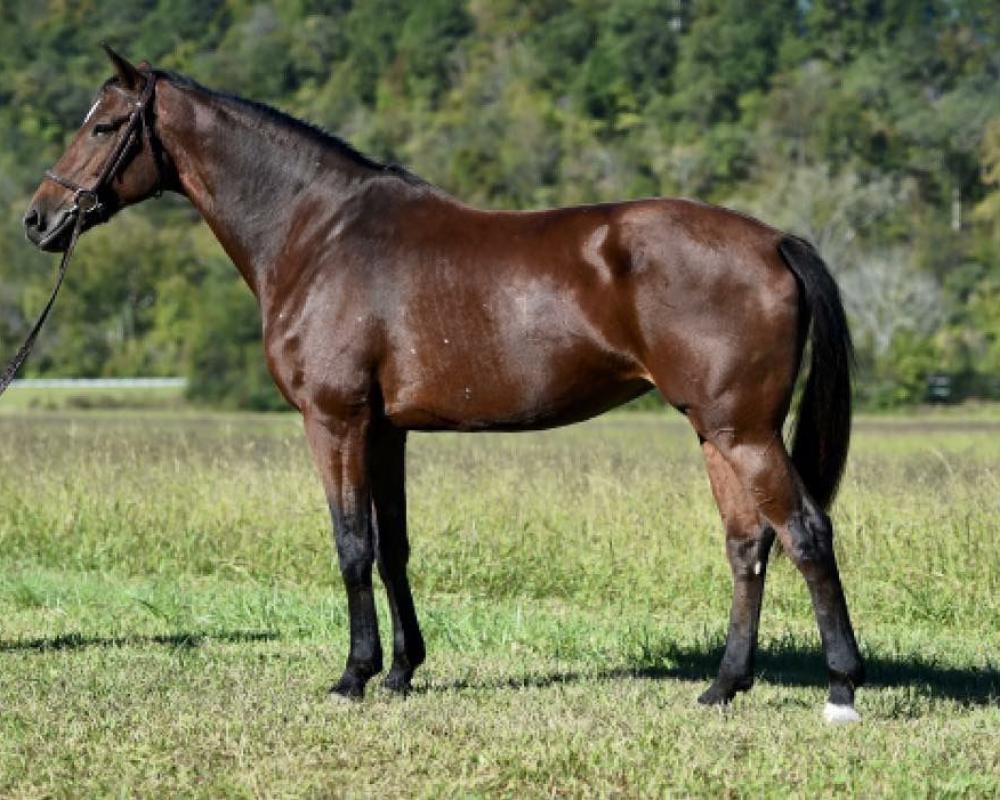 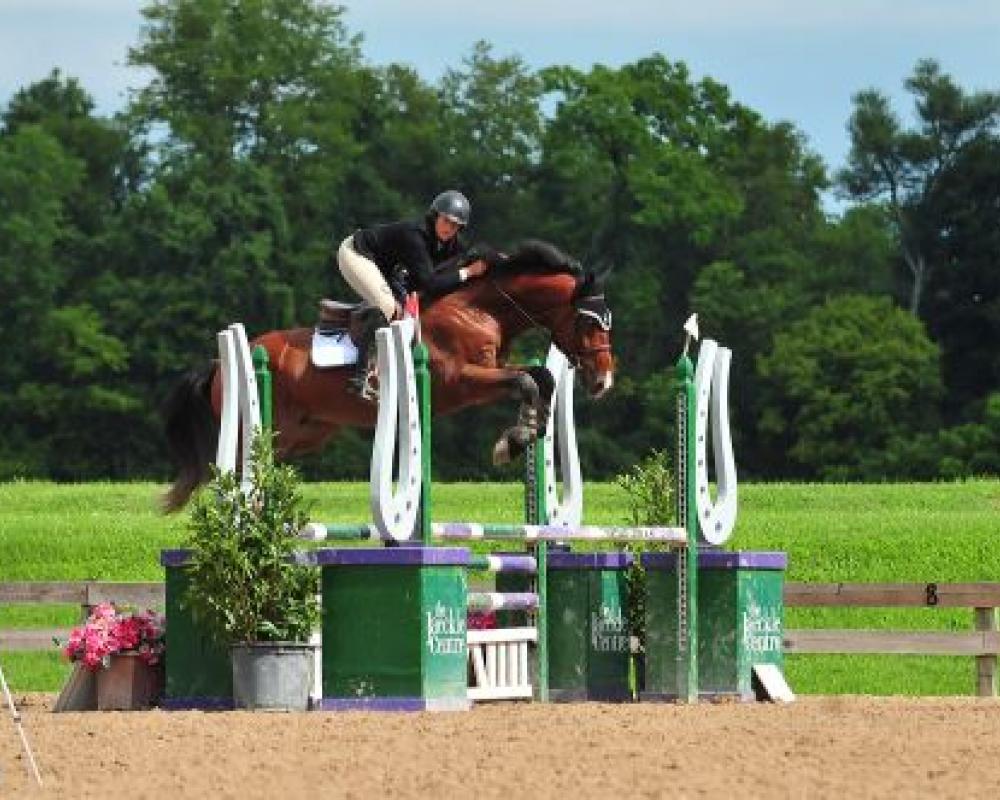 Update: Beautiful tall bay filly who was first premium at her KWPN-NA inspection and tied for highest jumper score of all ages!

Top selling horses at 2018 WEF VDL auction were Indoctro and Arezzo offspring at over $350k each!!!

Arezzo’s (photo 4) sire line is unique with five generations of Grand Prix jumpers in a row: Chin Chin, Heartbreaker, Renville, Jasper and Akteur – and all are sires of Grand Prix jumpers. Arezzo was Champion of the KWPN Spring Stallion Test as a 3 year old, receiving a 9 for his reflexes, scope and talent as jumper. He is the winner of many international grand prixs and was awarded the Keur predicate in 2017 for his excellence as a breeding sire. The Arezzo x Indoctro cross has been particularly successful.

Veda (photo 5)is a 17.1 H 2002 bay Dutch Warmblood mare by Indoctro out of a Nimmerdor mare. Indoctro is the youngest KWPN stallion to be awarded ‘preferent’ and has topped many breeding indexes for his modern, athletic and trainable offspring. Nimmerdor, the most famous KWPN stallion, was declared ‘Stallion of the Century’ and also holds the ‘preferent’ predicate. Nimmerdor crossed with Indoctro has resulted in several top sport horses.

Veda’s pedigree is full of keur, preferent, and prestatie (indicates 3 offspring at higher level of sport) predicates and possesses an all-important strong damline.Veda was a National Top 10 mare at her KWPN-NA keuring and awarded the Ster predicate. Due to no fault of her own, she was only green broke but showed great ability and bravery with jumping. Veda has produced a beautiful 2013 colt by Numero Uno who is jumping 1.20(6th photo). 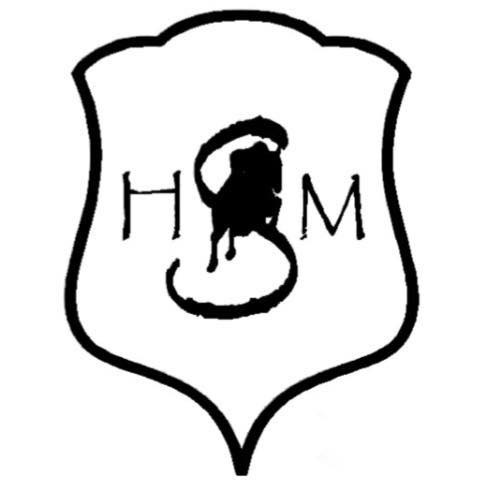