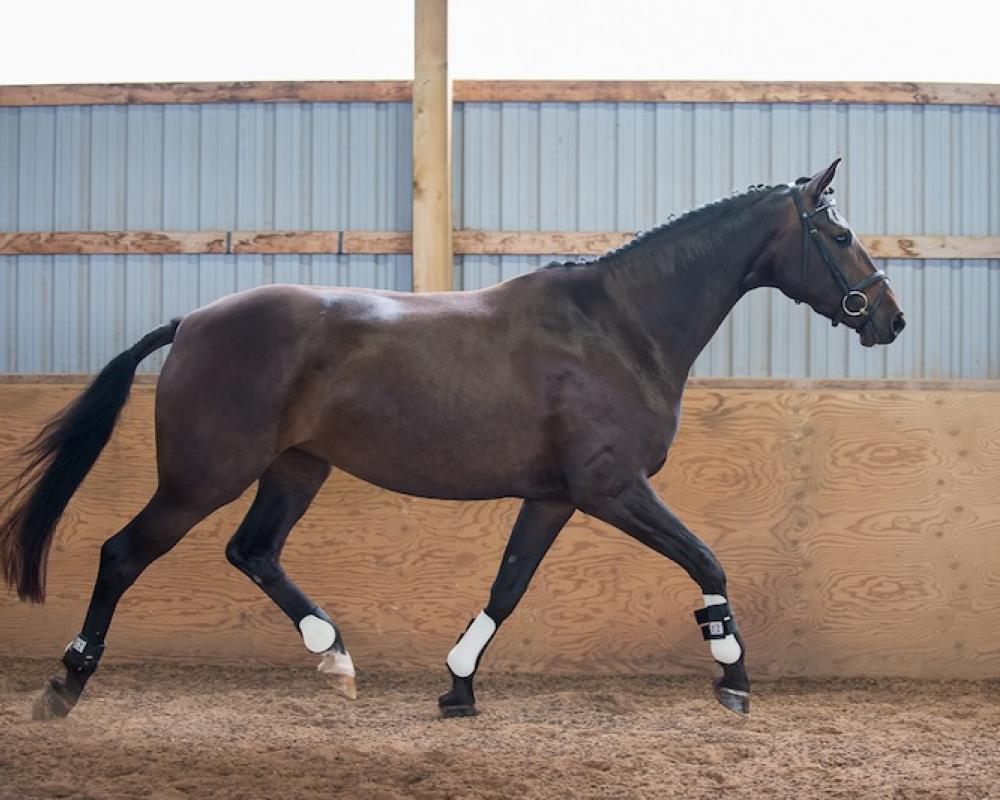 A Legacy of Top MPTs

We are retiring from breeding Hanoverians in the next year or two and offering our best brood mare for sale. We will keep her 2020 foal by Don Martillo making Lula available to a new owner for breeding late this summer. After seven straight years of foal production and with #7 foal due early this July embryo transfer would be a logical step for one year. We can assist the breeding vet with the handling. A recipient could raise Lula's 8th baby in 2021 and Lula would be ready for breeding in early spring. This Belissimo brood mare has an amazing record of quality. 1) Lula herself had the top MPT at her inspection and is a Premium Hanoverian Mare 2) First foal(2014 Firefly) had top MPT at her inspection and is a Premium Hanoverian Mare Candidate 3) Second foal (2015 Felicity) was Champion mare as a 2 year old and again when she was 3, top MPT, Premium Hanoverian Mare and winner of the Fritz Floto Award for top MPT in Canada. 4) Third foal (2016 Fax) was Champion foal at his 20+ foal Inspection. 5) Fourth (Fia) and fifth (Feren) foals have similar quality and movement to their siblings and are eligible for their MPTs in the next two years. 6) Sixth foal (2019 Flambé) was Reserve Champion foal in a field of 24 dressage foals at her inspection.
Lula is WFFS tested negative.
Price is for mare only without her 2020 foal.
First video is Lula at 3 years of age.
Second video is Lula in 2016 with her foal Fax.